The sister of a Langley youth who was badly burned while attending a bonfire party near Stoke’s Pit is warning others of the dangers of such unmonitored parties.

Celeste Sidor said her brother Roland was at a popular party spot on Friday night, May 5, when there was an explosion in the fire.

She claims it is common for teens to throw potentially explosive things into the bonfires to make them burn higher.

“He has severe burns to his face, hands, neck, back and legs because of the explosion that happened there,” said Sidor.

He was rushed to Vancouver General Hospital’s burn unit where he remained for a week.

Nearby Stoke’s Pit has always been a popular hangout for teenagers to have a fire, and to drink. In 1997, two Langley girls, Heidi Klompas and Ashley Reber, were struck by a car and died from their injuries.

Sidor wants to make parents and the public aware of what goes on at and around Stokes Pit.

She’s also hoping police will patrol the spot, which she said will only get busier as the weather gets better.

Surrey RCMP said they were unable to find any file about the party or the burn victim. Police there say it is likely they didn’t attend, and only emergency responders — fire and ambulance — were there.

There is also an uncomfirmed report that other teens were also burned that night, but to a lesser degree than Roland.

Sidor’s brother was released from hospital last week, but has a home care nurse who comes every day.

He is still in a lot of pain and has a long road ahead of him, Sidor said.

“It could have been so much worse. I’m so thankful he is going to be OK,” said Sidor.

“I just would like to bring awareness to the dangers that are happening at that place. I’d hate for another family to have to deal with something like this.”

Langley RCMP said with grad season beginning and the weather getting better, more youth will be gathering at outdoor parties.

“The police would like to caution about the hazards that arise with big groups of youth gathering, as well as underage drinking.”

Because Roland’s mom has to take time off work to take care of her son, the family will struggle financially for the next while, Sidor said.

A GoFundMe account was started the first week to help cover some of the medication costs and lost wages. It can be found at “Help Roland’s medical costs.” 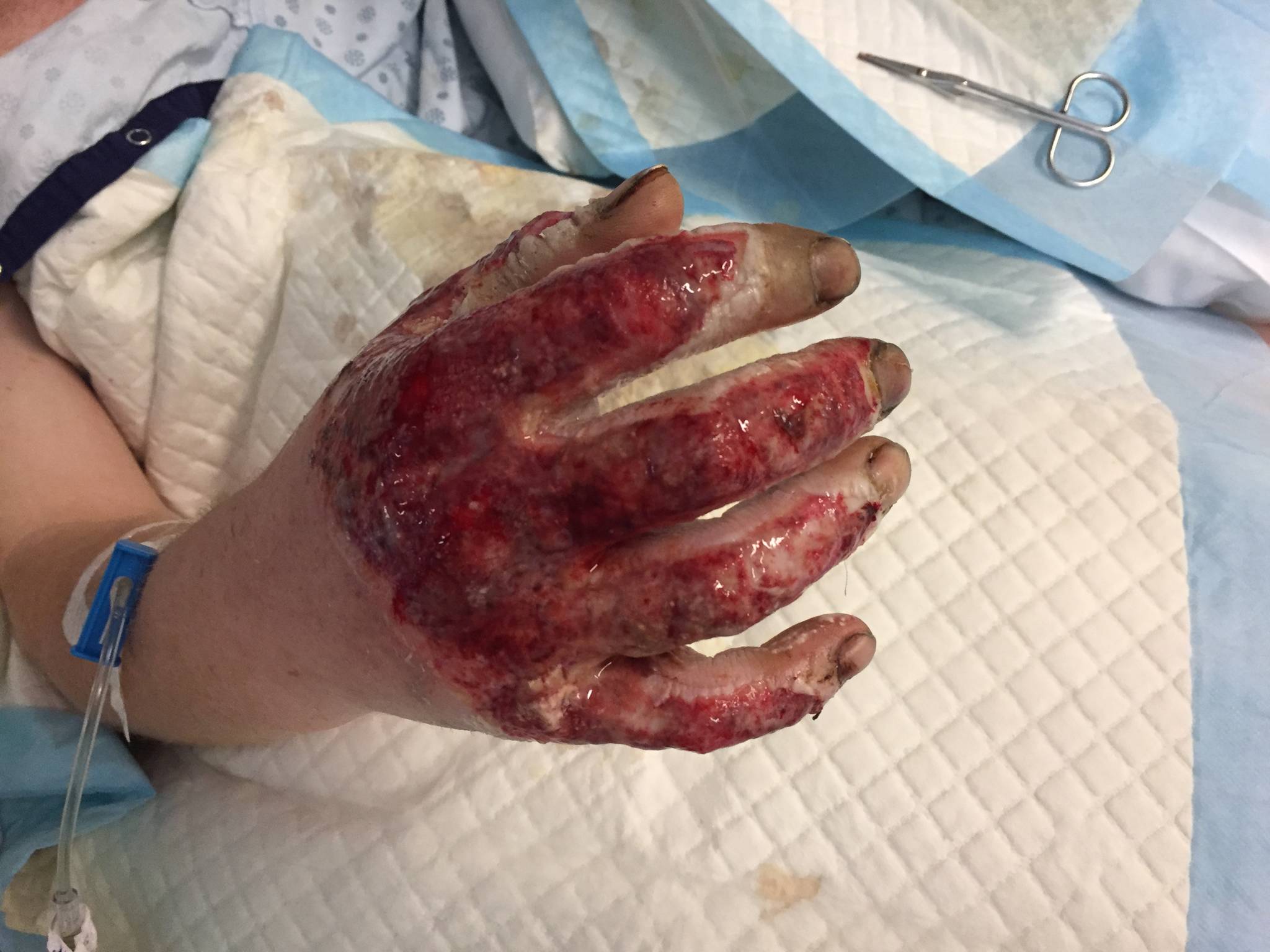 A young Langley man’s face and hands were badly burned at a bonfire party at Stoke’s Pit where someone threw something in the fire, causing an explosion. The man’s sister is reaching out to warn others of the dangers happening at these parties. Submitted photo.