Four Aldergrove-based riders will be competing for top honours in equestrian vaulting at the B.C. Summer Games in July.

Sisters Elle and Claire Settle, along with Maklaine Rogers and Katie Foss, all riders from Triple M Farms in Aldergrove, have been chosen to represent the Zone 3 Equestrian team in Equestrian Vaulting at the 2022 Games in Prince George July 21-24.

On Tuesday, June 28, Horse Council B.C. announced 48 athletes have been selected to represent equestrian sports at the games.

Equestrian Vaulting is the sport of gymnastics and dance on the back of a moving horse. Vaulters complete both a series of compulsory moves as well as a freestyle performance set to music in competition. 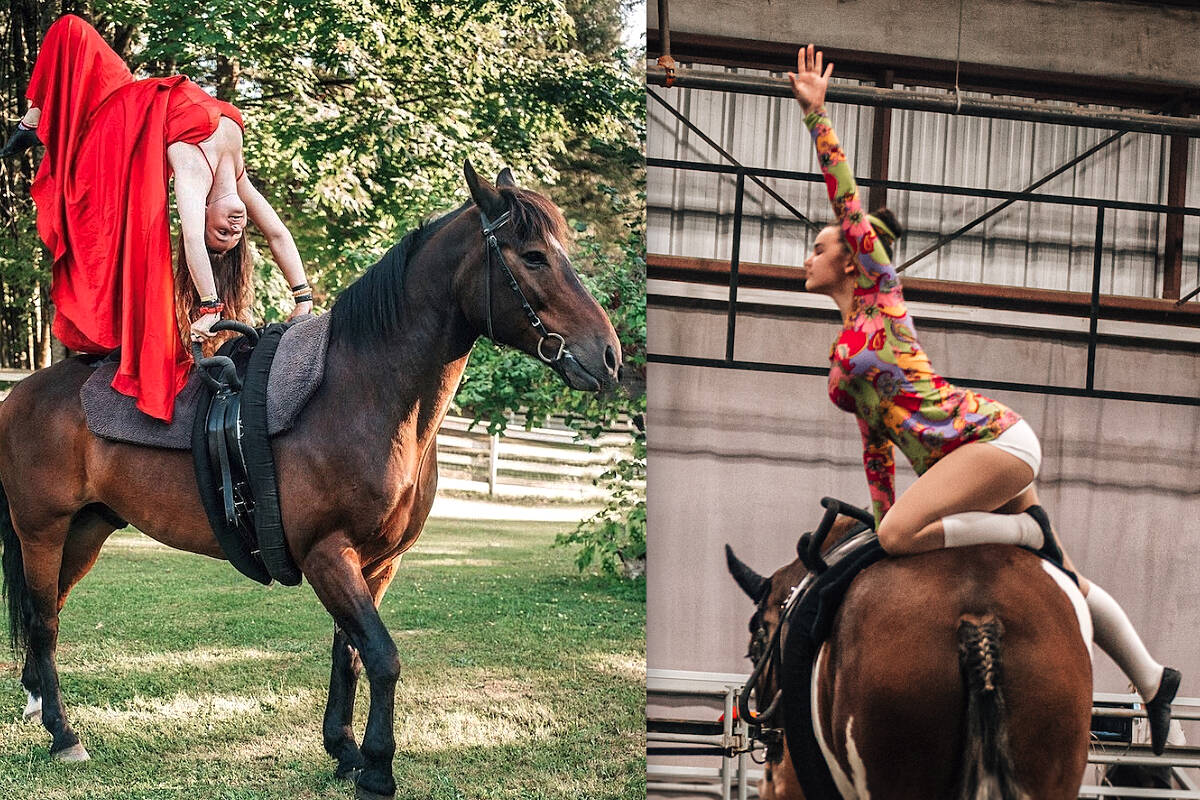 Aldergrove siblings Elle (left) and Claire Settle have been chosen to represent the Zone 3 Equestrian team in Equestrian Vaulting at the 2022 Games in Prince George July 21-24. (Helen Shuttlewood/Special to Langley Advance Times)

Aldergrove siblings Elle Settle, 19 , and Claire, 17 years, have competing for many years.

Elle first started vaulting when she was 12 years old and was quickly followed by Claire, working their way up the vaulting levels from walk, through trot, to canter.

Coach Marijean Maher, the owner of Triple M Farms, describes the siblings’ relationship as both supportive and competitive.

“They vault together, they train together, but they compete [against each other]” Maher told the Langley Advance Times.

“Elle has always been the more fearless vaulter excelling at strength moves, while Claire excels with her grace and choreography,” Maher elaborated.

Elle says that vaulting allows her “to be myself and feel comfortable in the sport I love.”

Claire calls vaulting her “happy place, particularly when I am performing at canter.” 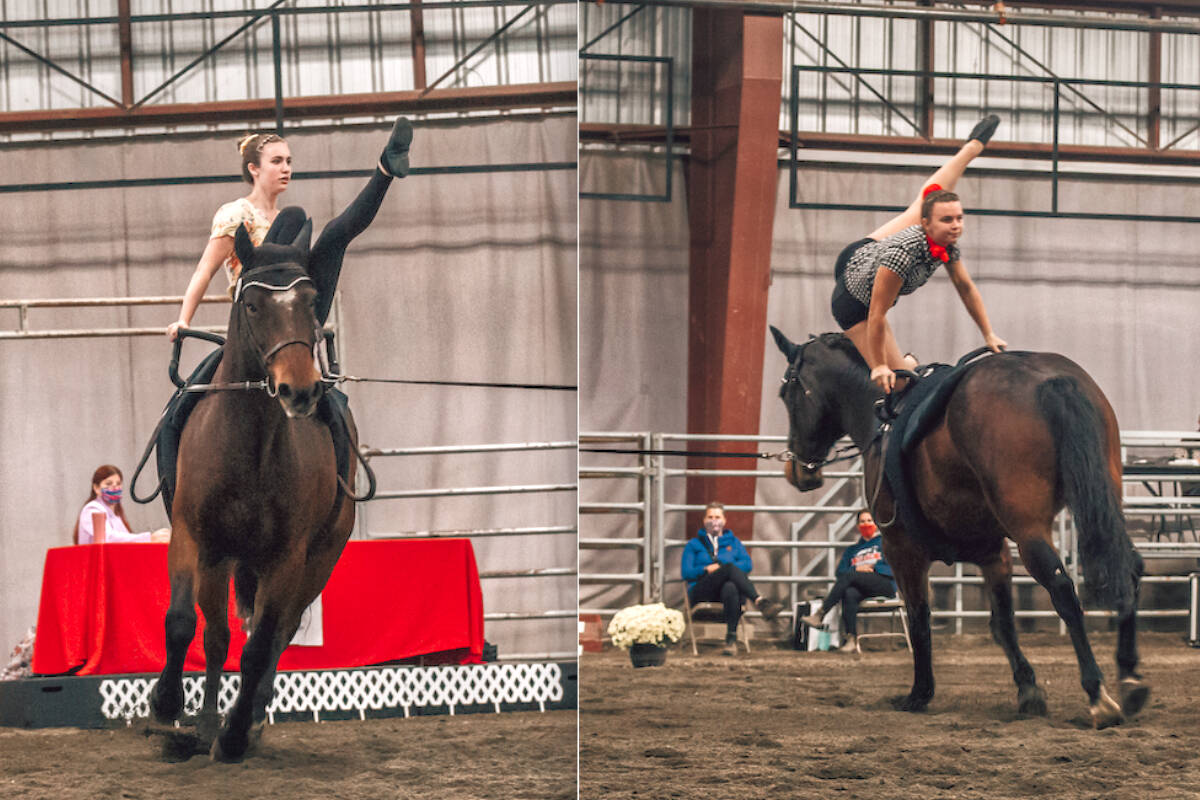 Aldergrove-based riders Maklaine Rogers (left) and Katie Foss have been chosen to represent the Zone 3 Equestrian team in Equestrian Vaulting at the 2022 Games in Prince George July 21-24. (Helen Shuttlewood/Special to Langley Advance Times)

Maklaine Rogers, 16, has been vaulting since she was eight years old.

“Going to the games is something I have wanted ever since my coaches put the idea in my head that I was capable of going,” Rogers said.

“There were times I thought I wasn’t good enough but I pushed myself and have proven myself wrong,” rogers added.

Coach Maher said Rogers has worked “extremely hard” to get to the level of Canter C for the BC Summer Games.

“Standing on a cantering horse does not come easy for many vaulters. Maklaine persevered and now performs a terrific stand in her freestyle,” Maher said.

Katie Foss, 18, grew up in a rodeo family, where both her older brothers competed.

“I have never really thought about why I love horses because they have always just been a part of my life,” Foss said.

Katie excels at standing at canter, commenting that “it feels like I am surfing, and I love to surf!”

“Because Katie participates in multiple sports, she has incredible core strength and muscle tone which helps her in vaulting” coach Maher commented. “Katie is not afraid to work hard and gives it her all every practice.”