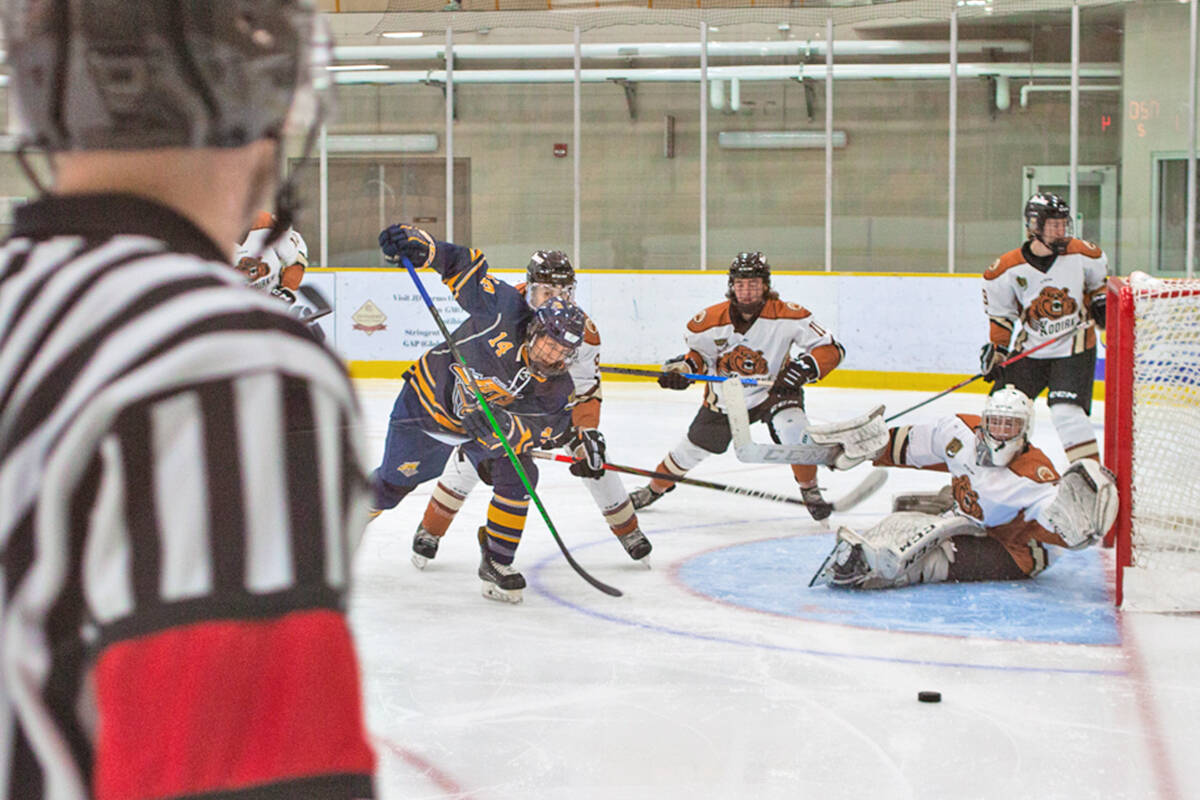 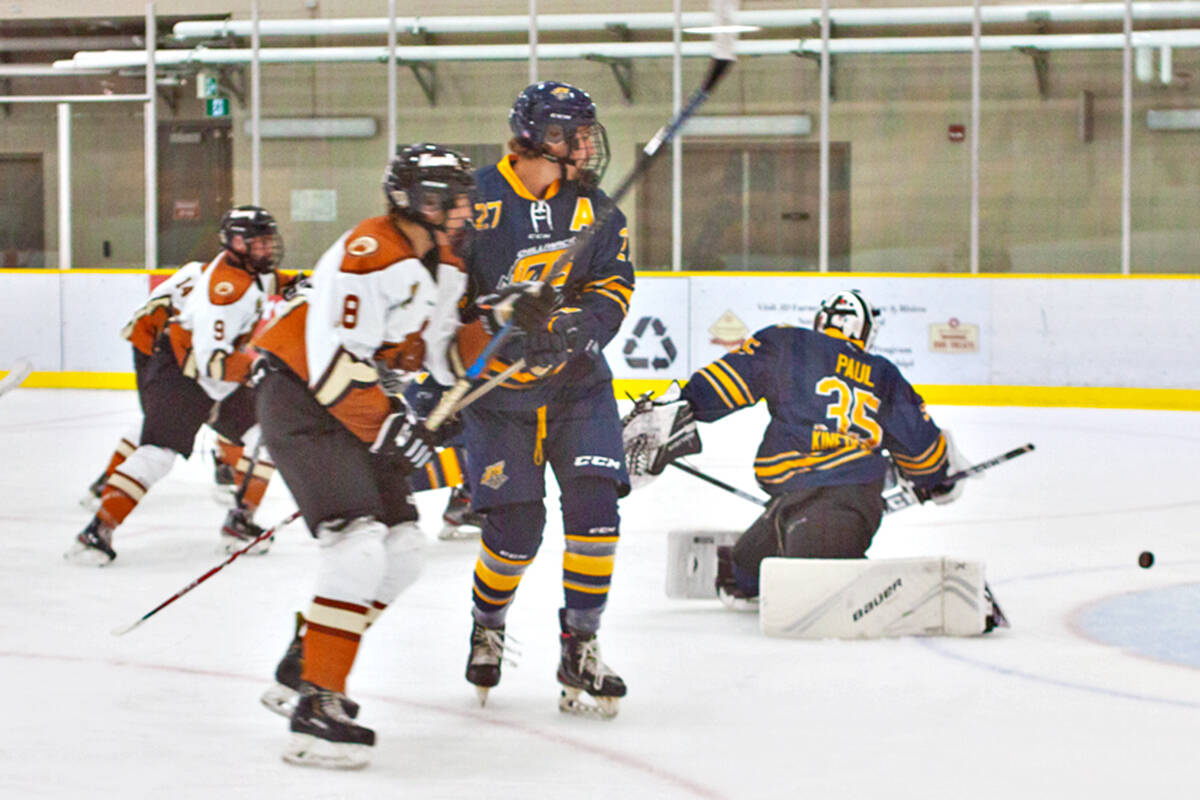 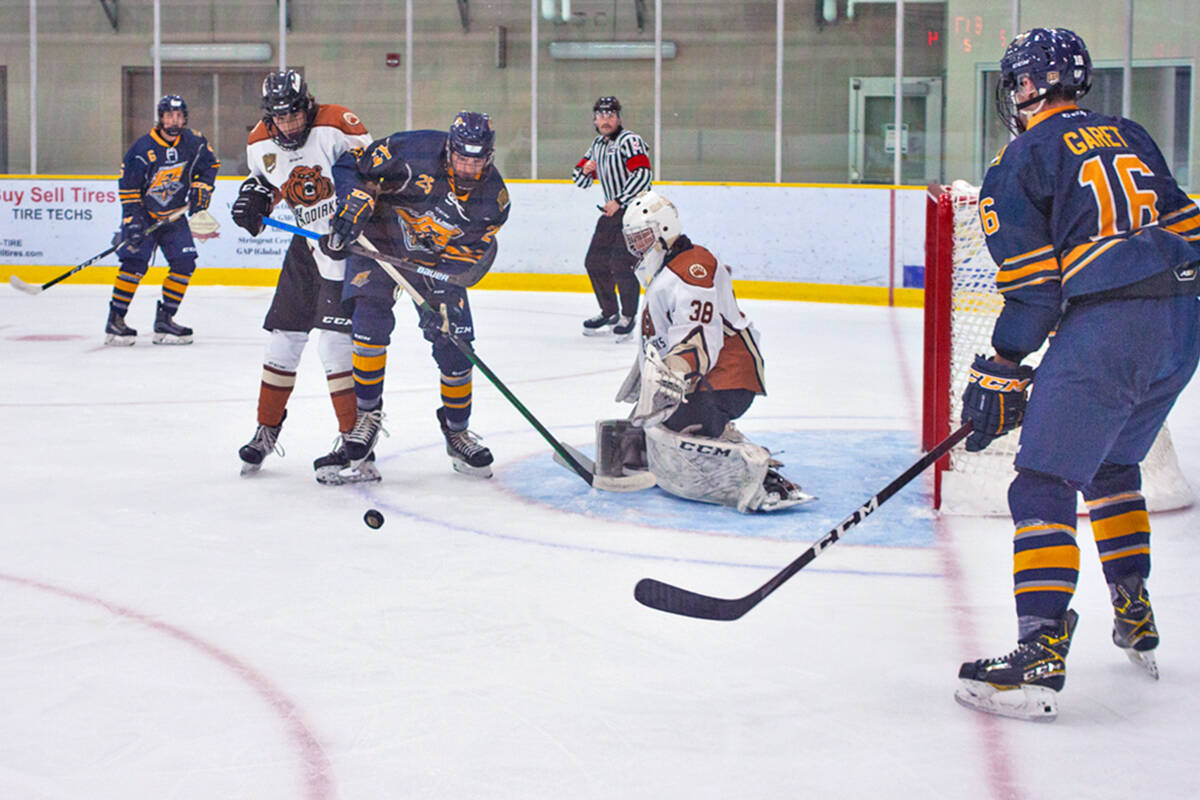 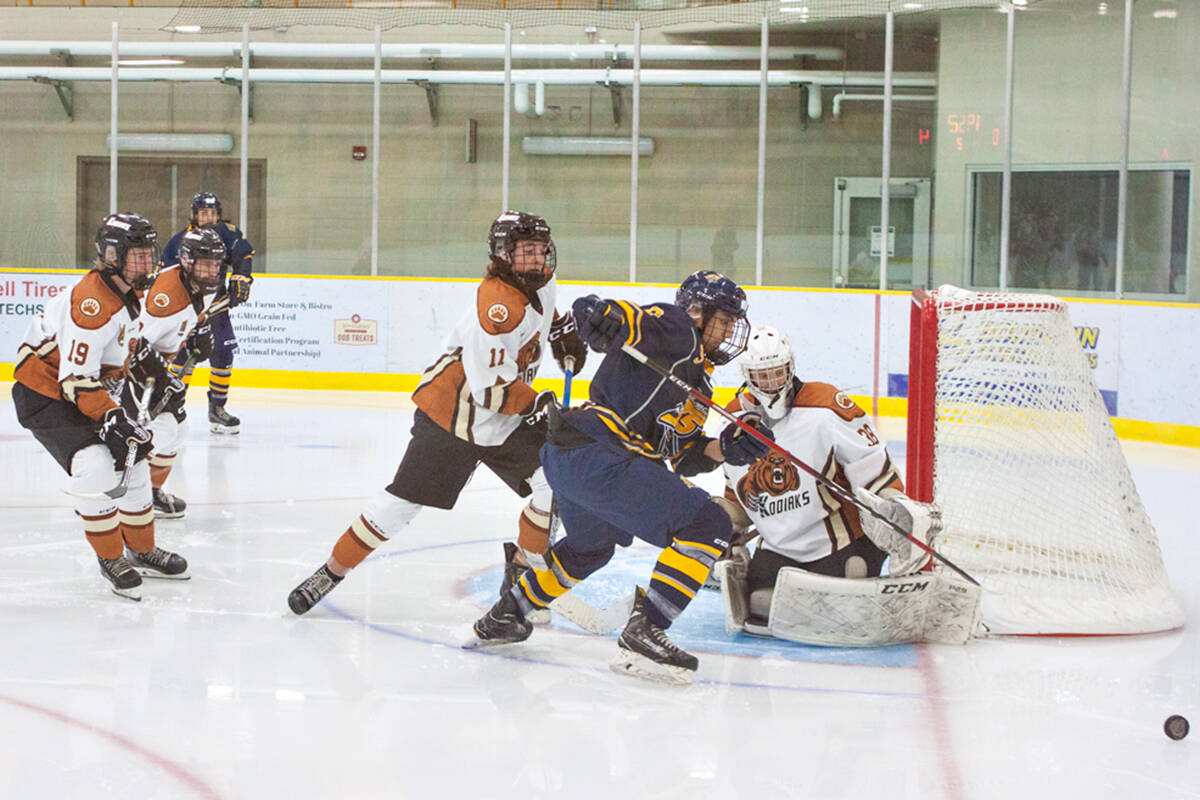 When the second-ranked Chilliwack Jets paid the Aldergrove Kodiaks a visit at the Aldergrove Credit Union Community Arena, it ended with an 8-3 win for the visitors, in a game that saw the stubborn home team fighting to overcome a 4-0 deficit inflicted in the first period.

The Wednesday, Sept. 22 game saw the Jets outshoot the Kodiaks 47 to 15, with Chilliwack scoring on four of 10 power play opportunities in a bruising game that saw four 10-minute game misconduct penalties issued, three to Aldergrove.

Aldergrove had six power play opportunities, but couldn’t capitalize on them.

“They didn’t fold like a cheap suit, they worked hard,” Harkins commented.

Harkins described Chilliwack “as a much older and bigger team than us. They kind of shell-shocked us.’

As the novices get used to the level of play in the PJHL, Harkins predicted their confidence will improve and so will their record.

READ ALSO: Aldergrove Kodiaks make a long-awaited return to the ice as regular season gets underway

Jets scored four times in the first period, with goals from Brendan Williamson, Wyatt Dyck, and Treyson Frost who scored twice, once on a power play.

Jets’ Jackson Foster then replied with a goal for Chilliwack. 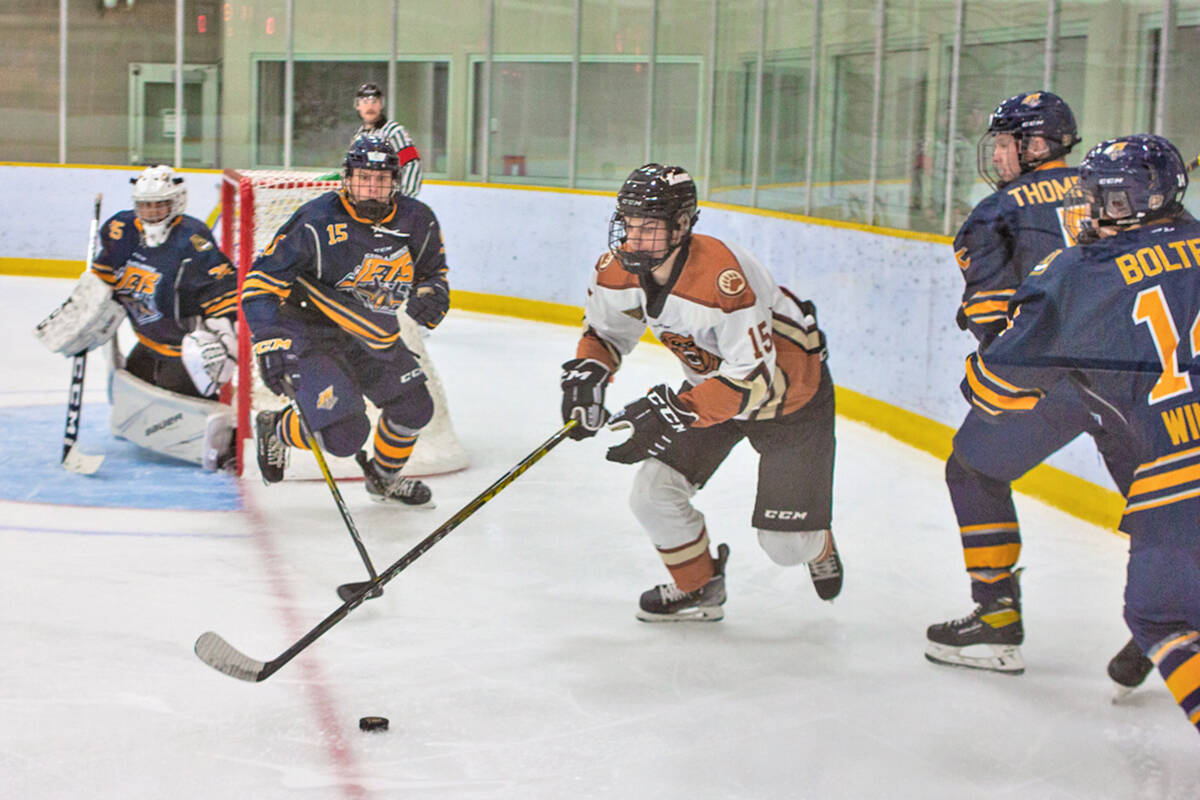 In the third, Brendan Williamson put one in for the Jets, then Lewis Nikkel got an unassisted goal for the Kodaks

Williams then scored again, and Chilliwack’s Caleb Garet scoring the last goal of game to make it 8-3.

Aldergrove goaltender Mark Paton was replaced after in the second after stopping 12 of 16 shots.

It was the second game in as many days for the Kodiaks, who lost to Mission Outlaws 5-1 on Sept. 21, a rare Tuesday night road trip.

Kodiaks next home game was set for Wednesday Sept. 29 against Surrey Knights

Then, they were to get another crack at the Jets, when Chilliwack hosts Aldergrove Sunday, Oct. 3, with a 5 p.m. start at the Sardis Sports Complex.