James Gemmell spent a sleepless night in a Toronto hotel room on Feb. 10.

Quesnel’s sledge hockey champ and his 19 teammates were all in the same boat, waiting to hear who made the final cut to represent Canada at the 2018 Winter Paralympic Games in PyeongChang, South Korea.

“We’d played our last exhibition game against the [United States], bused back to Toronto and stayed in a hotel, and they didn’t tell us [who made the team] until morning.

“I was laying awake, wondering if I’d go home early or stay for the team.

“You can never assume you’ll make it. We have 20 players and every one has been pushing to make the cut. It was the big one, and there was a lot of competition and everyone had improved over the last year or two. I didn’t get much sleep, no.”

Gemmell wasn’t disappointed. He and 16 teammates were celebrated at a live press conference in Toronto on Feb. 11 – something Gemmell says he was pleased to see happen.

“It was good to see they actually did a big live reveal. We haven’t had that in the past, and it’s good for our sport.”

Gemmell has been vocal about attracting attention for sledge hockey – or para-hockey, as it’s called by the Canadian Paralympic Committee – and hosts a local league to get community members playing.

The sport is one of the most popular in the Winter Paralympic Games, but Gemmell says it is under-appreciated in British Columbia.

“B.C. is one of the farthest behind in the development of the sport. I’m trying to fight that and promote the sport more in our province,” he told the Observer in September.

Get to know: @ParaIceHockey! Here is the lowdown on the sport; with @pyeongchang2018 fast approaching! https://t.co/3NKLqXEGEj

After the press conference, Gemmell flew home to Quesnel. He booked some ice time at the local rink to get a practice in, and spent time with family, including his wife, Sherry, and three children, ages eight, nine and 13, before jetting back to Toronto for another training camp.

At home, Gemmell trains for an hour and a half to two hours every day of the week, plus off-ice training including workouts at the gym three or four days a week and cardio on his hand bike at home.

“I put in four to six hours every day. It’s the demands to keep up. We want to win, so we have to do whatever it takes.”

Gemmell is no stranger to the pressure. He and his team earned bronze at the 2014 Paralympic Games in Sochi, Russia.

“We put in four years for Sochi, and we came out in third place, which was disappointing for us. We didn’t go for third place.

“Even tougher would be getting silver; to go all that way, to the final game, and come out behind; it’s not what we want.”

With his sights set, the bronze-medal winner and his teammates will begin their bid for gold on March 10, in a game against Sweden.

Gemmell himself has never played Sweden, having been injured when Canada last played them at the World Sledge Hockey Championships.

“I know what to expect out of them though,” he says.

Before games, Gemmell says he likes to stay calm; taking care of his equipment and running plays in his head. Nerves are always present, especially when he’s on the world stage.

”I do get nervous before games. I don’t think that will ever go away. You go in with one goal in mind, and that’s to win, so there’s some pressure and that brings the nerves up,” he explains.

As a veteran of the Games, Gemmell has a slight advantage this time around.

“I’ve experienced the whole thing before, so that eases my mind a bit.”

The road to glory

Gemmell says he’s not superstitious, but has a few good luck charms that he’s carried with him throughout the years.

“I have a little key that my wife gave me that I keep in my backpack. I don’t touch it or look at it, but I think I keep it in there for luck.

“And I always carry pictures of my kids with me when I’m on the road.”

He’s on the road a lot. Gemmell says it’s usually eight or 10 days of the month, all year long, for four years.

“I miss birthdays, holidays. My wife runs my business when I’m out of town. She’s taken a leave from work to enable me to do this.

Gold is quite a dream.

“It will feel great if we bring it home.

In addition, every event will be live streamed and available on demand on Facebook Live, Twitter Live, Paralympic.ca and cbcsports.ca/paralympics. Coverage begins with the Opening Ceremony this Friday, March 9. 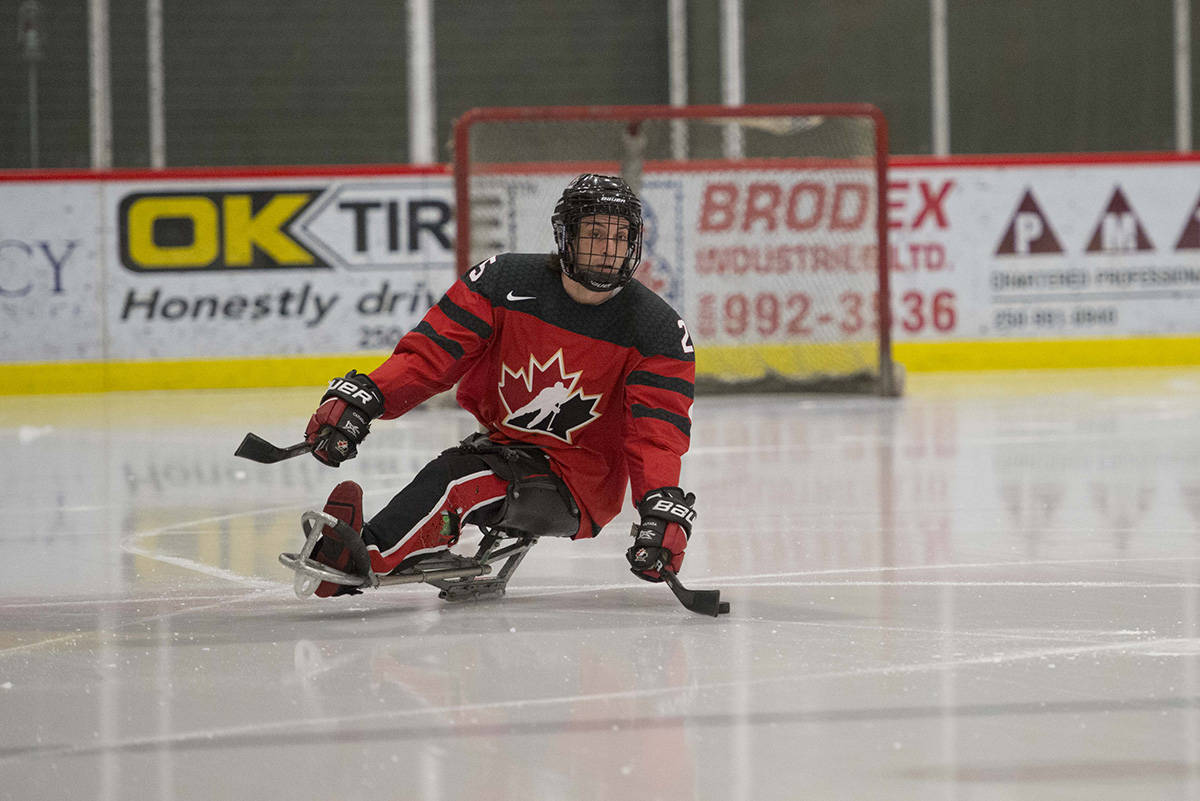 James Gemmell practices at West Fraser Centre while in Quesnel prior to the Paralymic Games. Melanie Law photo