Conor Swail finished the Harvest Celebration at Thunderbird Show Park in Langley the way he began it—with a win.

“I’m extremely proud [of my horse],” Swail said. “He’s had a wonderful week. [He’s been] first, second and first. He jumped so well today, I suppose he deserved [the win] for being so good.”

Swail and the 12-year-old Selle Francais gelding, also known as “Vinny,” won the $75,000 W Welcome on Thursday at tbird and finished second in Friday’s $75,000 tbird Cup.

“I could feel him a little more nervous [today],” Swail said of his mount. “He had a bit more nervous energy in the warm-up and, in the ring, he was a little more aggressive than in the beginning of the week. But he knows where his legs and feet are, and he’s so careful and has so much quality.”

Swail has only been partnered with “Vinny,” whom he owns in partnership with Adeline Hecart, since the beginning of the year.

“I got him at the start of January, and I found him a little bit tricky in the beginning, but we’re really figuring each other out,” Swail said. “We seem to have found the right way to go. He’s such a wonderful horse, and his last five, six, seven shows have been exceptional.”

Goal Achieved for Kassidy Keith in $25,000 U25 League Final Powered by Grant Productions 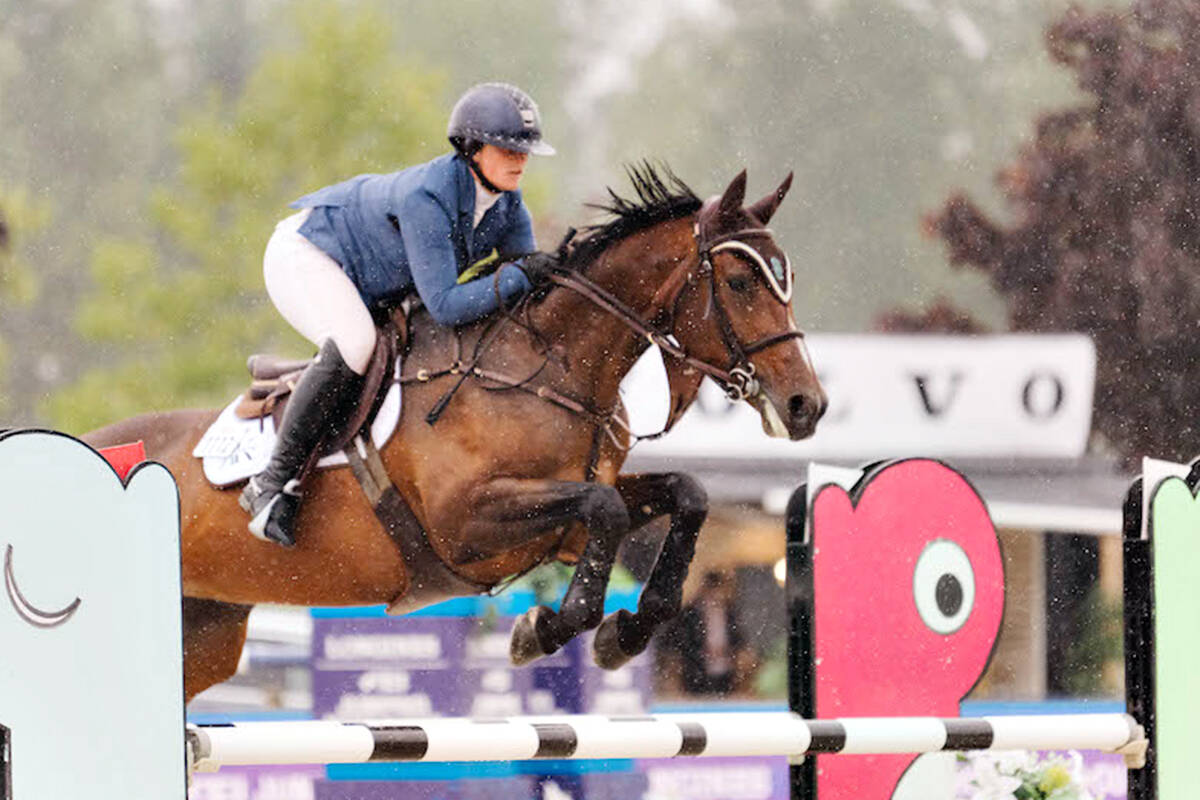 Kassidy Keith and Havana topped the $25,000 A MarBill Hill U25 League Final at Thunderbird Show Park in Langley on Sunday, Sept. 26. (tbird/Quinn Saunders)

Kassidy Keith has had her eyes on the CSIU25-A MarBill Hill U25 League Final for quite some time.

A previous winner of the series with former mount Crackerjack, she dreamed of reclaiming the title with Havana, a 9-year-old mare she has developed since she was just four years old.

“This series win for me with Havana means a lot, because I brought her up from such a young age,” said Keith, 23.

“She’s really near and dear to my heart, and I think she’s just going to get better. Today she tried really, really hard. She knows when it’s a special day, and she tried her heart out for me.”