A blowout victory in one game while the other was a tight affair on the first day of the 2019 Minto Cup Junior A Championship on Friday at Langley Events Centre.

The results leave both the Coquitlam Adanacs and Orangeville Northmen at 1-0 while the Okotoks Raiders and Victoria Shamrocks sit at 0-1.

After being pushed to overtime in three of the five games in the Ontario Junior A Lacrosse League championship series, the Orangeville Northmen enjoyed a blowout victory.

The Orangemen scored seven times in the first period as they cruised to a 12-1 win over the Victoria Shamrocks in Friday’s first game of the 2019 Minto Cup Junior A Championship at Langley Events Centre.

Rylan Hartley – named the most valuable player of the OJALL playoffs – did not miss a beat, stopping 43 of 44 shots before heading to the bench midway through the third period.

For the first 9:27 of Friday’s game, it was just 1-0 Northmen but Orangeville’s offense got on track scoring four goals in a 2:13 span to break the game wide open.

The Northmen tacked on two more before the period let out and the rout was on.

“We hit our spots, they didn’t. We got into a rhythm early which was nice and our goaltender was really solid which skewed things a bit,” said Northmen coach Bruce Codd.

Dating back to the five games of the OJALL championship series, Hartley has posted an .889 save percentage.

“You could tell from the time we got here that he was focusing on tonight’s game and was ready. Obviously that gives everyone confidence when he is seeing the ball like he was tonight,” the coach added.

The Shamrocks finally solved Hartley at the 4:16 mark of the second period. But that was it for the Victoria offence while Orangeville added two more in the second period and then the game’s only three goals of the third period.

“They outplayed us. We didn’t come to work and that’s what happens,” summed up Victoria coach Terry Dennett. “We have a pretty young squad and I think we will be resilient, but we have to learn from the mistakes we made today.”

Dawson Tait and Chris Butka each finished with four helpers while Sam Firth had a goal and three assists.

Zach Manns had the lone Victoria goal and earned his team’s player of the game award.

Hartley earned the honour for the Northmen.

With overtime potentially looming, Coquitlam Adanacs captain Reid Bowering made sure the game was resolved within 60 minutes.

Bowering – not counted on for his scoring – finished in transition, snapping a 9-9 with 6:54 to play. Thomas Semple added another as the Adanacs hung on for the 11-9 win over the Okotoks Raiders.

“He is a big-game player and when we need a goal, he steps up,” said Adanacs assistant coach Jason Bishop. “He is a special player and an amazing leader.”

Okotoks’ captain Harrison Matsuoka opened the scoring 30 seconds into the game but that would the lone Raider lead of the night.

The Raiders did show great resiliency as three times they battled back from two-goal deficits, before time ran out in their comeback bid.

“It wasn’t our best game,” Bishop admitted. “I thought we could have scored a few more goals (but) we just want to learn from our experience and get better.”

While never happy with a loss, Raiders coach Jesse Fehr said there was lots to like and a great confidence builder for his squad.

“Coquitlam is a very good team … but to prove it yourself when you come out on the floor just reaffirms what we have believed all year,” he said.

The goal now is to take that confidence and correct a few areas ahead of tomorrow’s second game, Fehr added.

Haiden Dickson, the Coquitlam player of the game, finished with a hat trick while Thomas Semple (two goals, three assists) and Max Semple (five assists) both had five-point games. Dennon Armstrong finished with a goal and four points while Bowering, Colin Munro and Will Clayton each had one goal and one assist. Robert Hofseth rounded out the scoring.

Nate Faccin made 28 saves for the Adanacs while his counterpart Jack Bruzell-Friesz finished with 42 saves.

The Okotoks attack was led by Zach Mantei who had a pair of goals as part of his five-point night. Matsuoka (who earned Okotoks’ player of the game award) also scored twice. Adam Wolf and Ethan Landymore each had a goal and two helpers while Jake Gillis, Myles Hamm and Levi Anderson finished with a goal apiece.

In the 4 p.m. game, currently underway, Victoria faces Okotoks as both teams look to get into the win column on day two of the three-day round-robin, while Orangeville battles Coquitlam at 7 p.m. with the winner looking to secure a spot in at least the semifinal game on Monday.

And for information, visit www.mintocup2019.com. 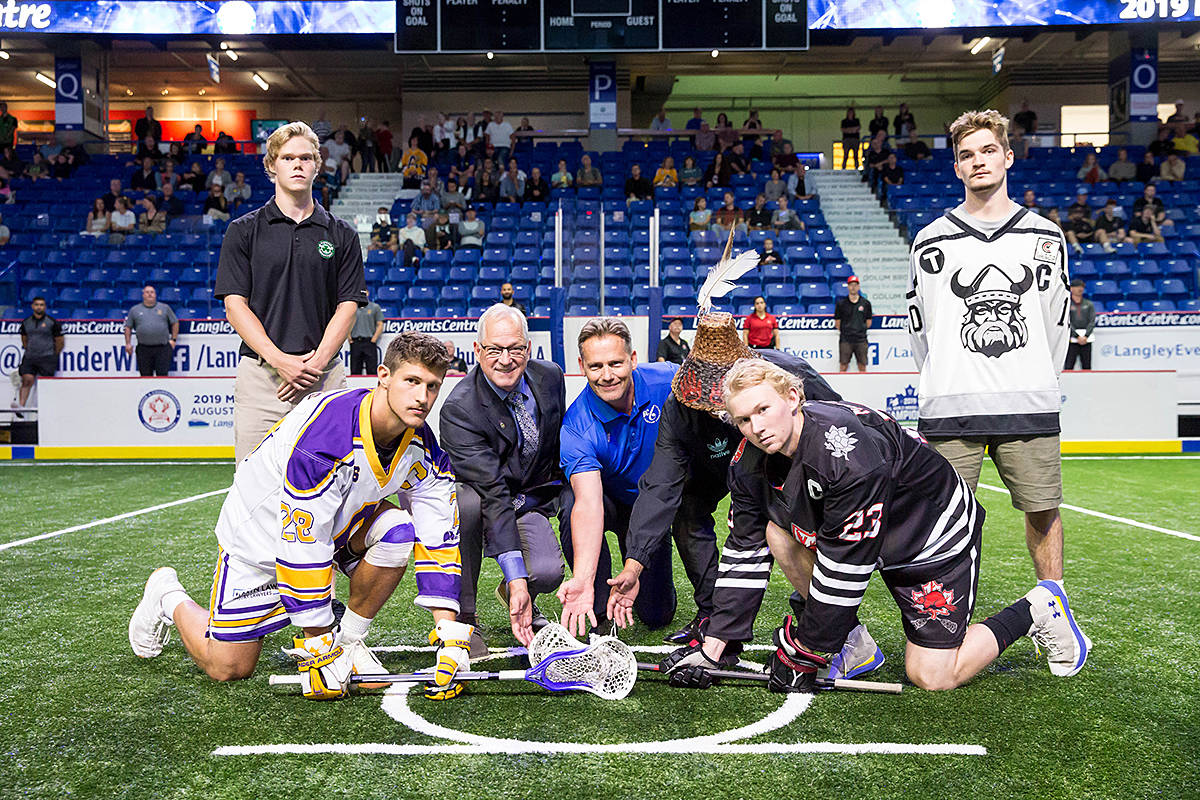 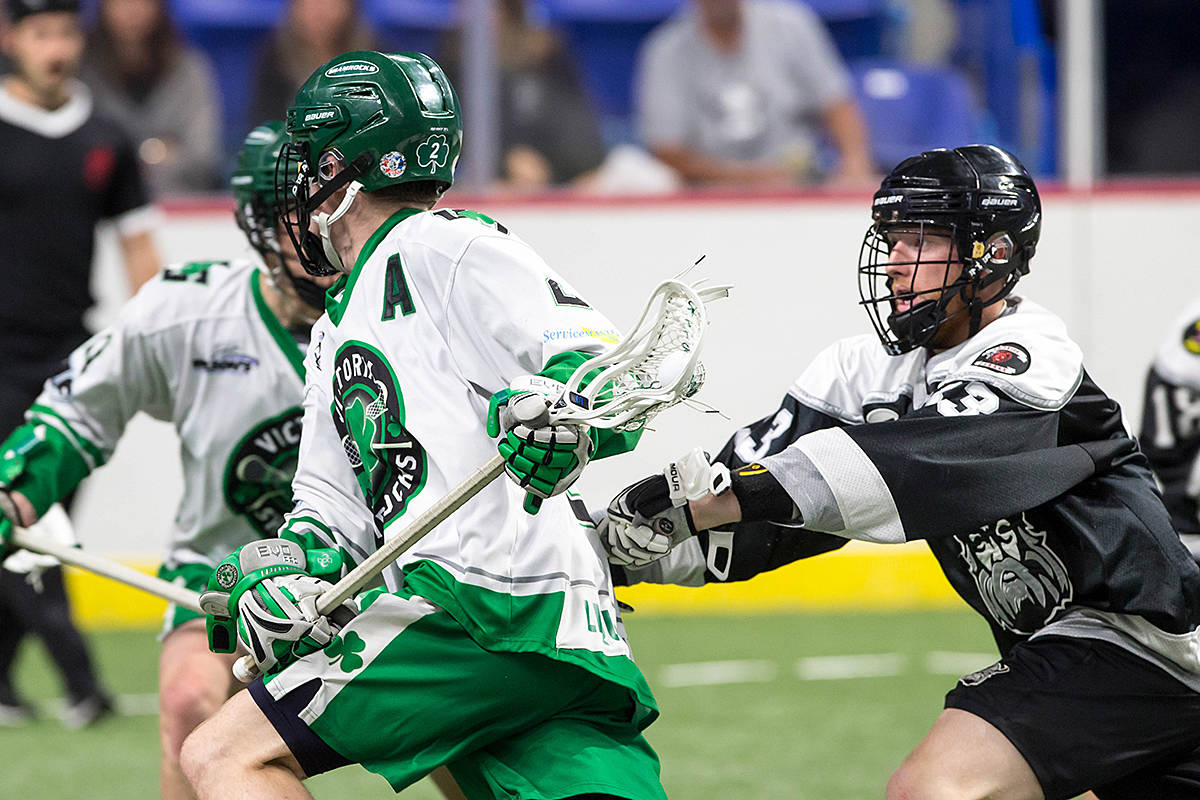 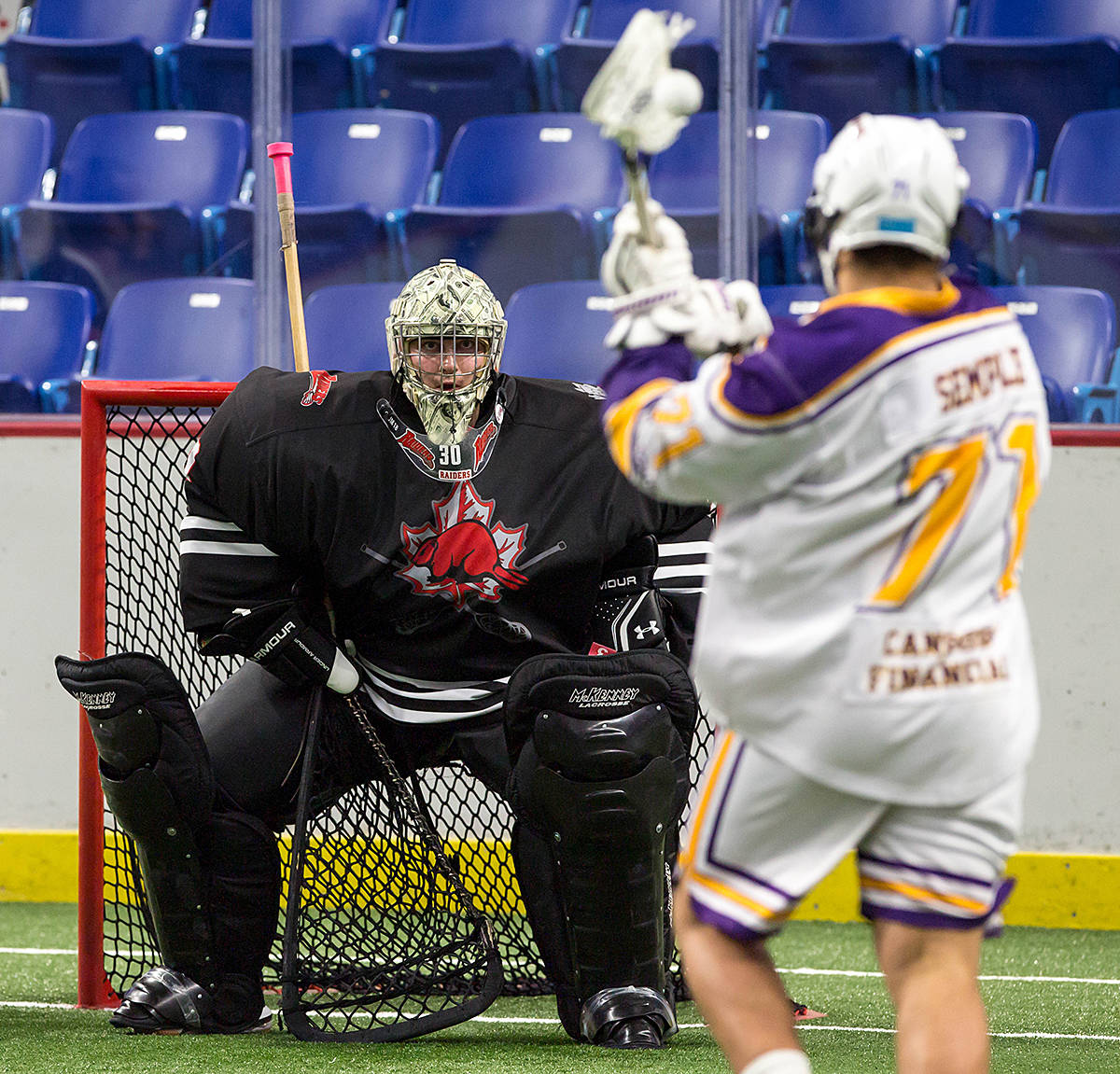