It was a dream start but a nightmare finish for the Langley Thunder.

The junior tier 1 lacrosse team scored five goals in the opening five minutes but managed just four goals over the final 55 minutes. The result was a devastating 12-9 loss to the Burnaby Lakers on Tuesday night, June 28, at Langley Events Centre.

A victory would have clinched fourth place and home-floor advantage in opening round of the BC Junior Tier 1 Lacrosse League playoffs, but instead the Thunder head into the regular season finale on July 3 (against the Lakers but this time in Burnaby) able to finish anywhere from fourth to sixth place.

“The first period was great: 6-2 lead and then we stopped doing what made us successful,” said Langley coach Darren Buchan. “We started taking penalties and we stopped going to the middle, we stopped moving the ball properly.”

“(Burnaby) kept grinding and plugging and we started talking and chirping and they kept scoring.” 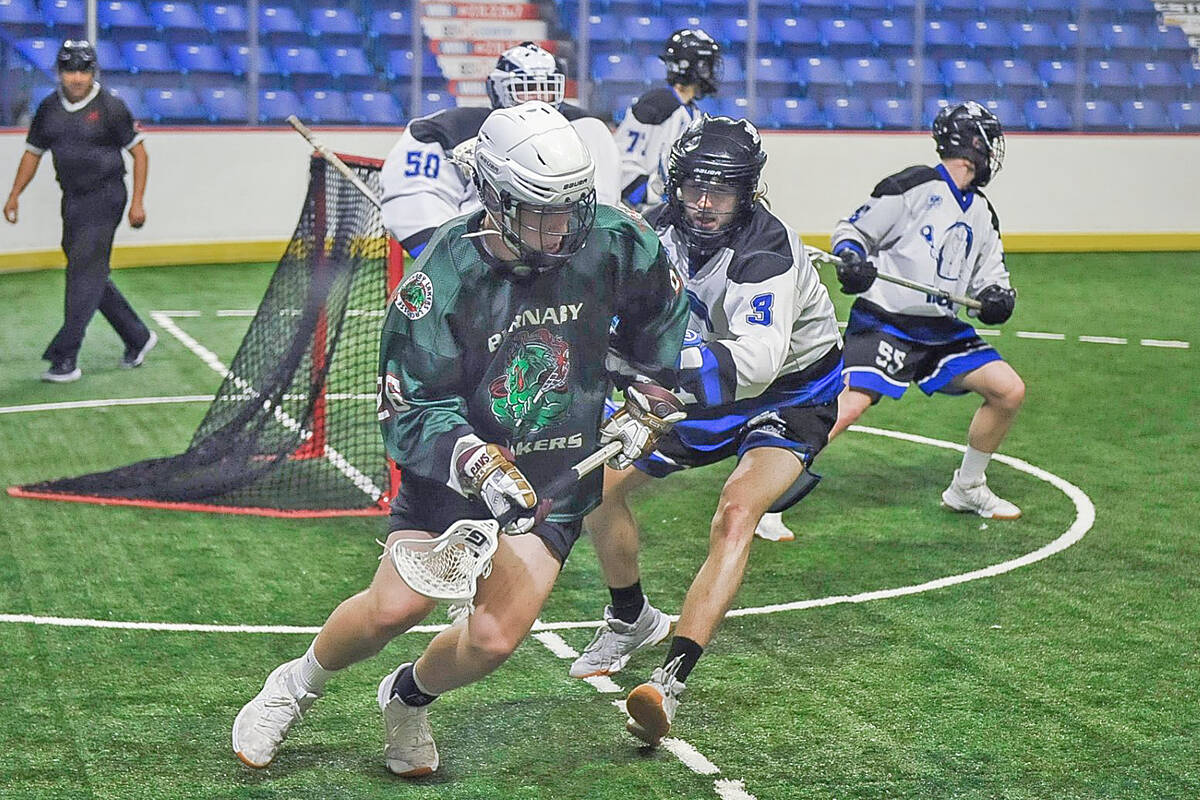 Langley’s Connor Sande defended against a Burnaby Lakers player during BC Junior Tier 1 Lacrosse League action on June 28. The Lakers won this game 12-9 and the two teams will wrap up the regular season on July 3 in Burnaby. (Ryan Molag, Langley Events Centre photo)

Each team scored once in the opening six minutes of the second and the 7-3 Langley lead stood for much of the period until the Lakers scored three power-play goals in a 3:11 span ahead of the intermission. Another Burnaby power-play goal tied the score at seven before Braiden Struss struck for goals 35 seconds apart – his third and fourth of the game – to give Langley the lead once again with 15 minutes to play before the Lakers closed with the game’s final five goals.

“We just didn’t do what made us successful early and that was the end of it. They plugged away. That is a hard-working team which didn’t give up and we stopped working hard,” Buchan said. 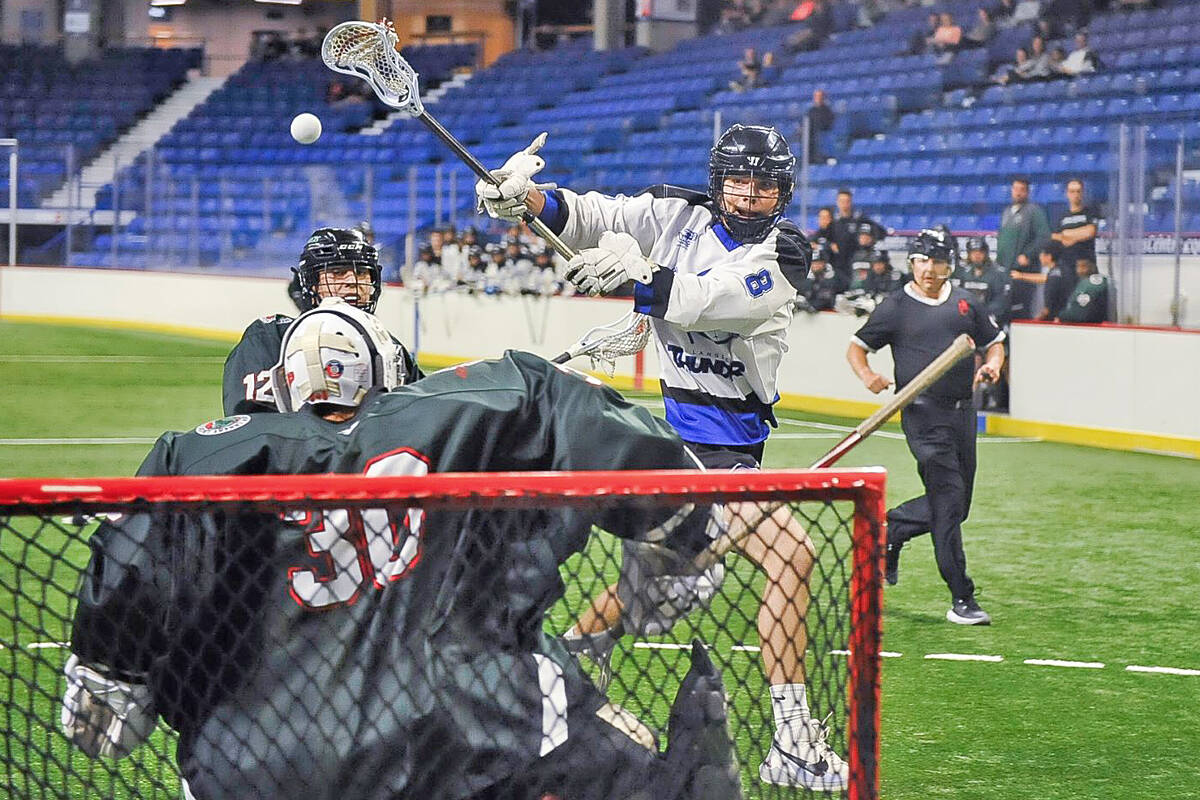 Struss finished the game with four goals and five points while Jack Margetson scored twice and Liam Taillefer, Jack Bamford and Hunter Wheaton had a goal apiece. Bamford also had a pair of assists.

Noah Kozevnikov finished with 43 saves as the Thunder were outshot 55-34.

The Lakers were led by Jordan Diplicito-Alain’s hat trick and five points.

READ ALSO: How Teagan Dunnett made history and became the first female to play for the Langley Lacrosse Thunder

Both Langley and Burnaby sit with identical 9-8 records and one game remaining as the two teams square off on July 3, this time in Burnaby. The Delta Islanders are also in the mix for fourth place, currently sitting sixth at 8-9.

This marked a second straight loss – and third in the past four games – for Langley as their comeback attempt on Friday (June 24) came up short against the Maple Ridge Burrards. The Thunder were down 8-3 with a period to play in that game, ultimately losing 9-8.

VIDEO: Langley U7 softball players come together to hone skills