It took nine games, but the Fraser Valley Fusion 2005 made each one count on their way to winning the U14 national champs in Quebec.

The U14A Canadian Fastpitch Championship Aug. 7 to 11 brought together 21 teams from across the nation. The teams were divided into three pools, and the Fusion was at the top of its pool.

Of the nine games played, the Fusion scored five shut-outs, made 42 runs and only allowed nine runs by opponents.

In the 61 innings played at the Montreal championships, the Fusion recorded 107 strike outs.

The Fusion took on the Manitoba Terminators, Saskatchewan Spirit, Ontario Vikings, Ontario Halton Hawks (twice), White Rock Renegades, and Surrey Storm before meeting on the field to take on the Halton Hawks in the semifinals.

The game went into extra innings before the Fusion took the win in a 1-0 match.

Then it was on to the finals, again playing against the Halton Hawks but this time the Fusion ended the contest with a 3-0 win.

They are coached by head coach Greg Reader, along with Trevor Quinn, Brian McEachern, and Kat Murnaghan. 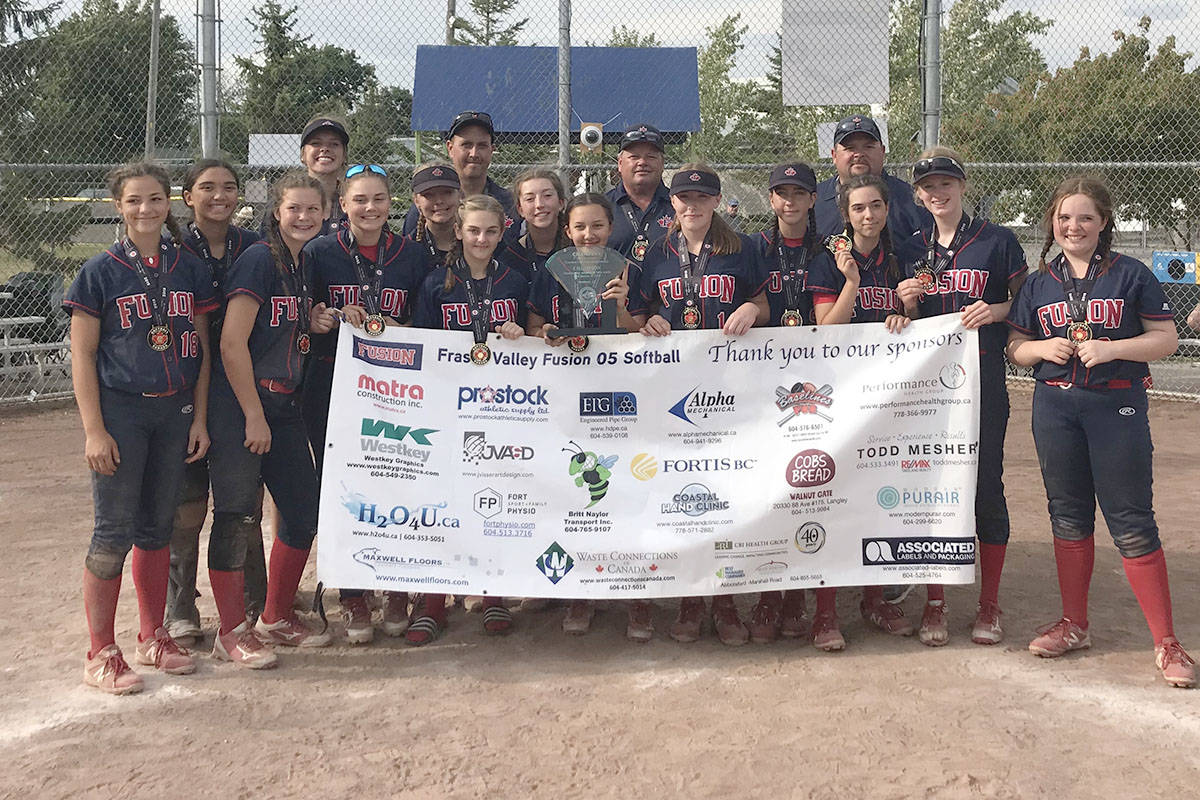 The Fraser Valley Fusion 2005 returned from the U14A Canadian Fastpitch Championship in Quebec with the title of champions. (Photo submitted)