Having already missed a significant chunk of the game, Natalie Rathler could only hold her breath in the third quarter when the referee whistled for a foul.

Rathler stood in the paint with her arms extended, already with four fouls and knowing the next one would disqualify her from Friday’s B.C. girls AAA provincial championships semifinal contest against the Abbotsford Panthers at the Langley Events Centre.

The call was instead on her teammate, Rolande Taylor.

“It was the best thing ever,” a beaming Rathler said following the game. “I knew it wasn’t me but you never know what the referees sees.”

With Rathler still in the game, the Gators took advantage as the Grade 12 forward scored 14 points in the fourth quarter alone, finishing with 23 points as Walnut Grove beat the Panthers 88-71.

The Gators, the tournament’s third seed, will take on the top-ranked Kelowna Owls, who defeated the No. 4 Semiahmoo Totems 81-59 in the second semifinal on Friday night.

“We just wanted to exploit what some of their weaknesses so we pounded it inside and were able to foul one of their girls out,” said Gators coach Darren Rowell about his team’s strategy when Rathler re-entered the game in the third quarter.

Walnut Grove never trailed in the semifinal, leading 29-20 after one quarter and 49-38 at the half.

The Panthers, who beat the Gators in the Fraser Valley championship game less than two weeks ago, tied the score at 59 late in the third quarter, but Walnut Grove took a 62-59 lead into the final quarter.

That would be as close as the Panthers got.

Rathler said it was hard sitting on the bench, unable to contribute when she left the game after her fourth foul in the second quarter.

“I felt hopeless, I felt like I was letting the team down,” she said.

Rowell said his team is not used to playing without Rathler, who has yet to foul out this season. He also said that she is integral to the team’s success.

“Her defensive presence, her rebounding, her movement on defence, we get our energy from her,” the coach said.

Another key contribution came in the form of Grade 9 Gator Sophia Wisotzki, who hit a key three-pointer — one of three she made in the game — in the fourth quarter to give Walnut Grove a 10-point lead.

But Rowell said it was more than the big shots she hit.

“She played an incredible game and the stats don’t show the impact she had,” he said, alluding to the fact she was guarding Sienna Lenz, one of the province’s top players, for much of the game.

Lenz led the Panthers with 25 points.

The Gators’ Tavia Rowell led all scorers with 30 points. 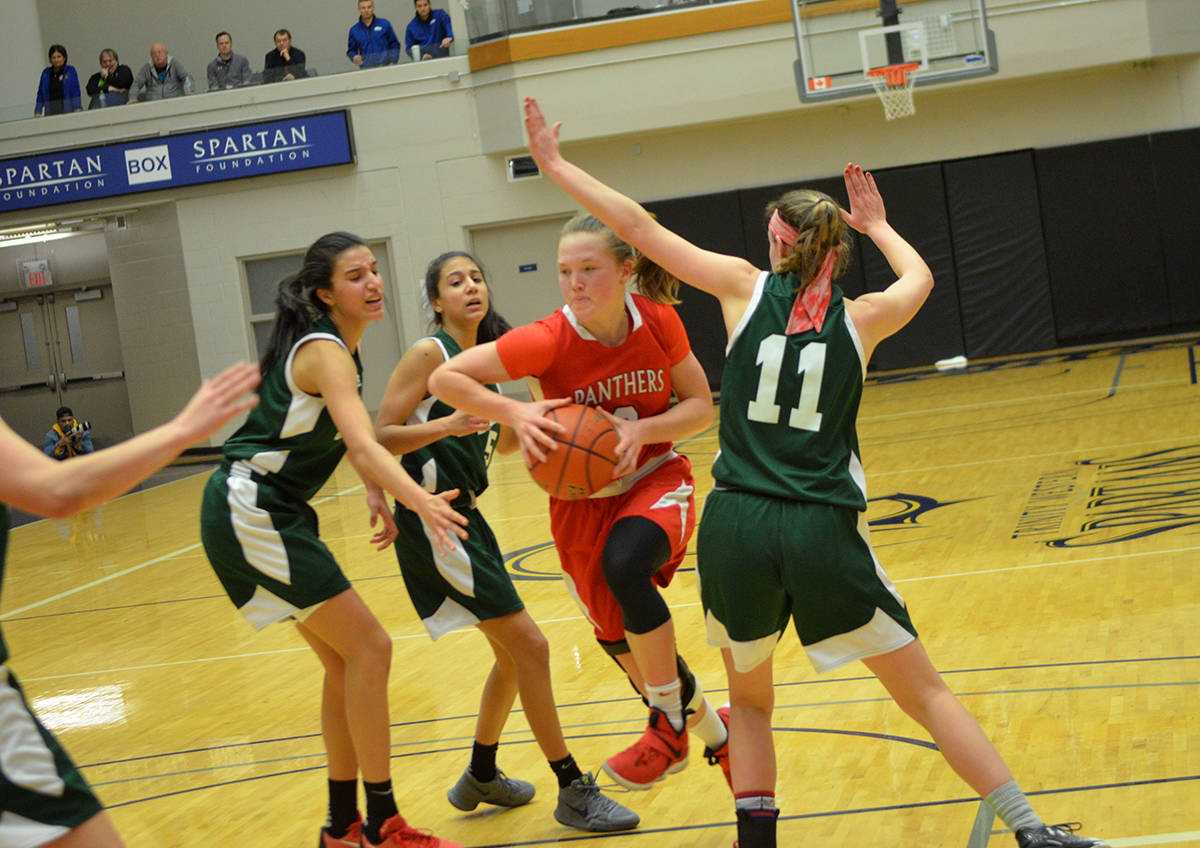