Lysell was the 30th overall selection in the 2020 CHL Import Draft.

Internationally Lysell led Sweden with seven points (5G, 2A) in five games during the 2019 World Under-17 Hockey Challenge. Over the past two seasons, Lysell has represented Sweden in 22 international games and has managed 16 goals and 16 assists for 32 points. He is considered a top prospect for the 2021 NHL Draft.

Lysell is the first Swede selected by the Vancouver Giants in the CHL Import Draft since Casper Carning was chosen in 2010.

With the 90th overall selection in the 2020 CHL Import Draft, the Giants selected Stacha.

Stacha represented Slovakia in the 2020 IIHF World Junior Championships and recorded one assist and four penalty minutes. He was named one of the top three players on his team for the event. Over the course of three seasons, Stacha has represented Slovakia 22 times in international competition, recording four assists in that span.

Stacha is eligible for the 2020 NHL Draft and was ranked #105 in NHL Central Scouting’s Final Draft Rankings List for European skaters. 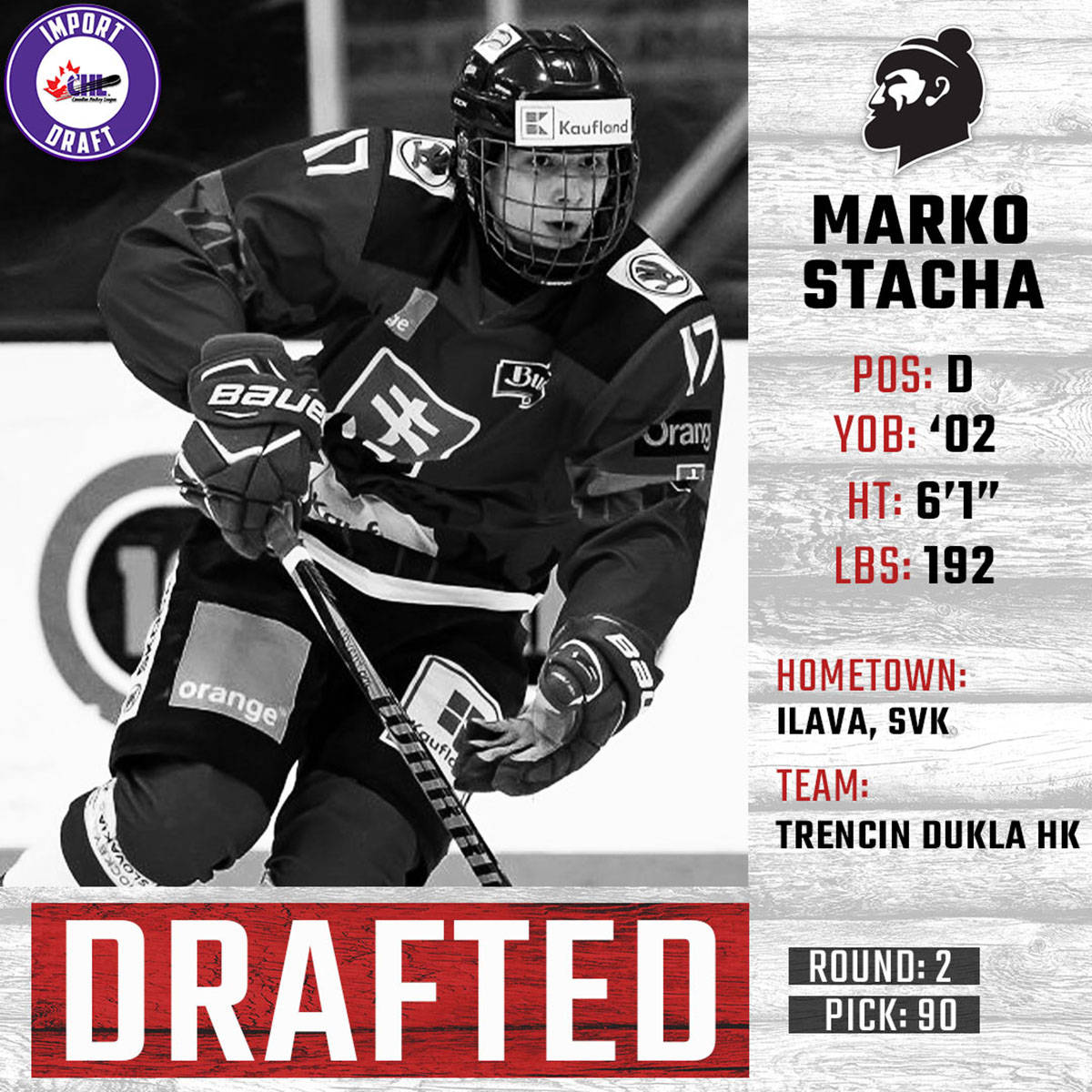