This could get to be a habit.

Titans were quick to score, while refusing to concede goals to other teams during the tournament, held at the Burnaby Lake sports complex.

“The boys showed that they were willing to play through the pain in each round,” Shearon said.

“We had a broken hand, injured ankles and knees that often resulted in ice breaks at half time but [that] did not stop our boys from getting back on the field and competing at a high level.”

“He has been solid in whatever position we have needed him. He played striker, right back and centre back during provincials. He motivated the boys in pre-game speeches and was a strong voice on the field. We will miss him next year.”

In the final against Archbishop Carney, “our players covered them well,” the Langley Fundamental coach said.

“Our back line was solid. Once we had a two-goal lead we knew we had to continue to play our game and push through the last half.

Before the game, coach Sheron and Assistant Coach Ryan Roman spoke to the team about being strong.

“We looked at the definition of the word. We were in to our fifth game in two-and-a-half days and everyone needed to dig deep. We also encouraged them to play for themselves as well as for the team. To remember that they love soccer and each person needed to carry their own passion for the game into the finals. That also meant playing for the team because soccer is a team sport and we had seniors who were playing their last high school soccer game.

In round robin play, Langley Fundamental beat Gladstone 7-0, drew with Carihi 0-0 (later beating them in a shoot out 5-4 to win Pool A), and beat Duchess Park 6-0.

Both goals happened in the first half of the game.

Langley Fundamental players received awards for: Commissioners to Karl Stein, Golden Boot to Alex Sol, who had six goals in the tournament, and Tournament MVP went to Langley’s Jackson Hleucka. 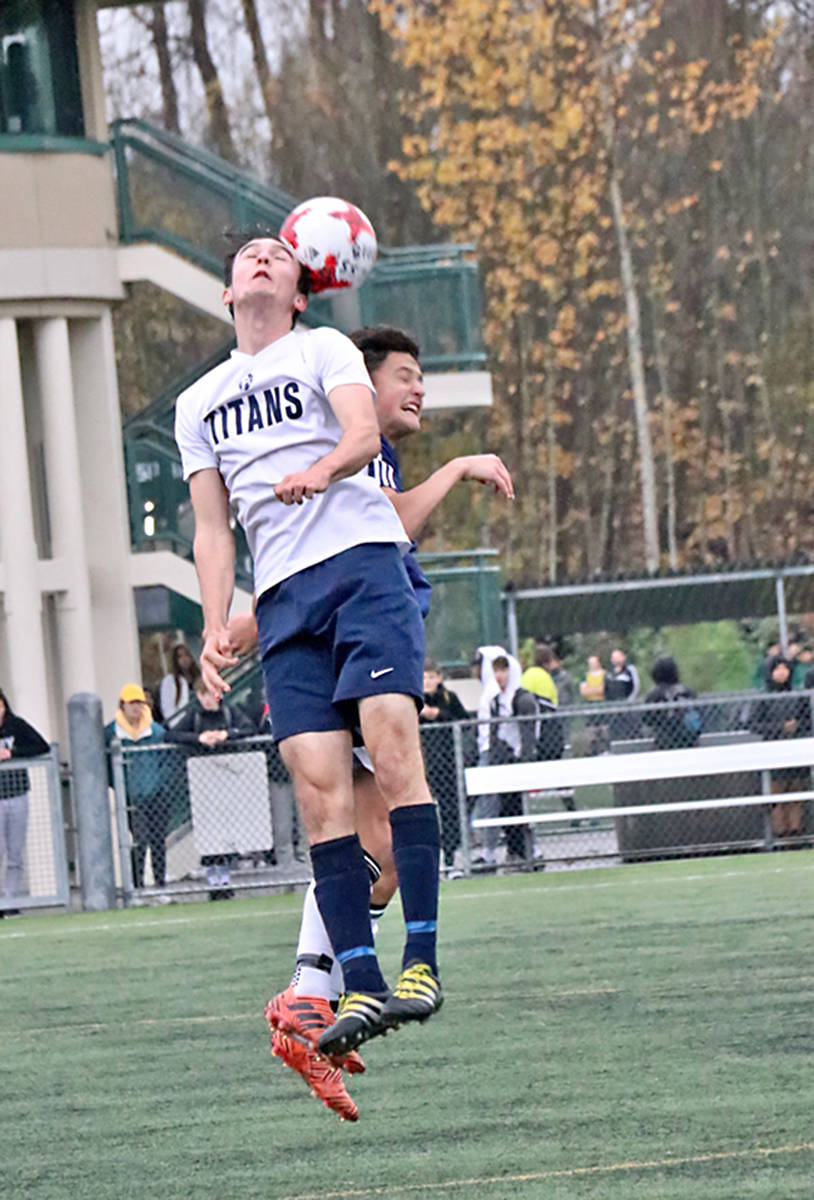 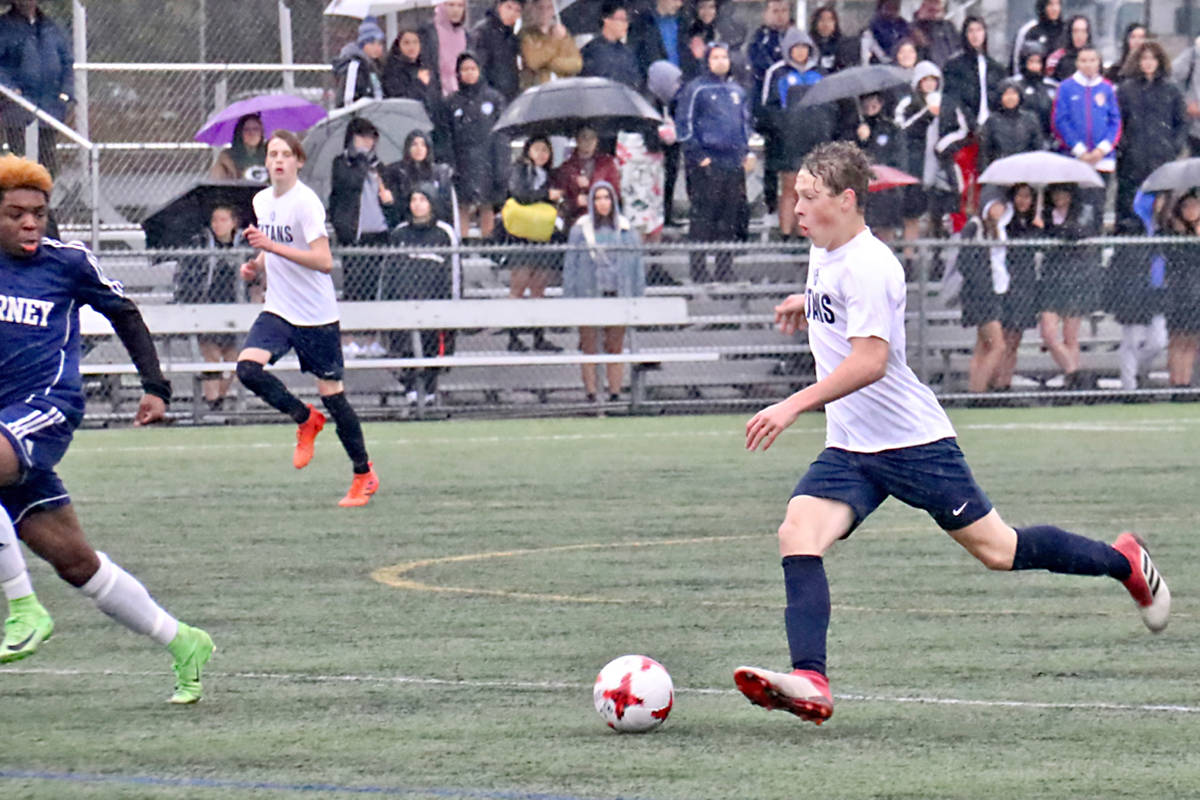 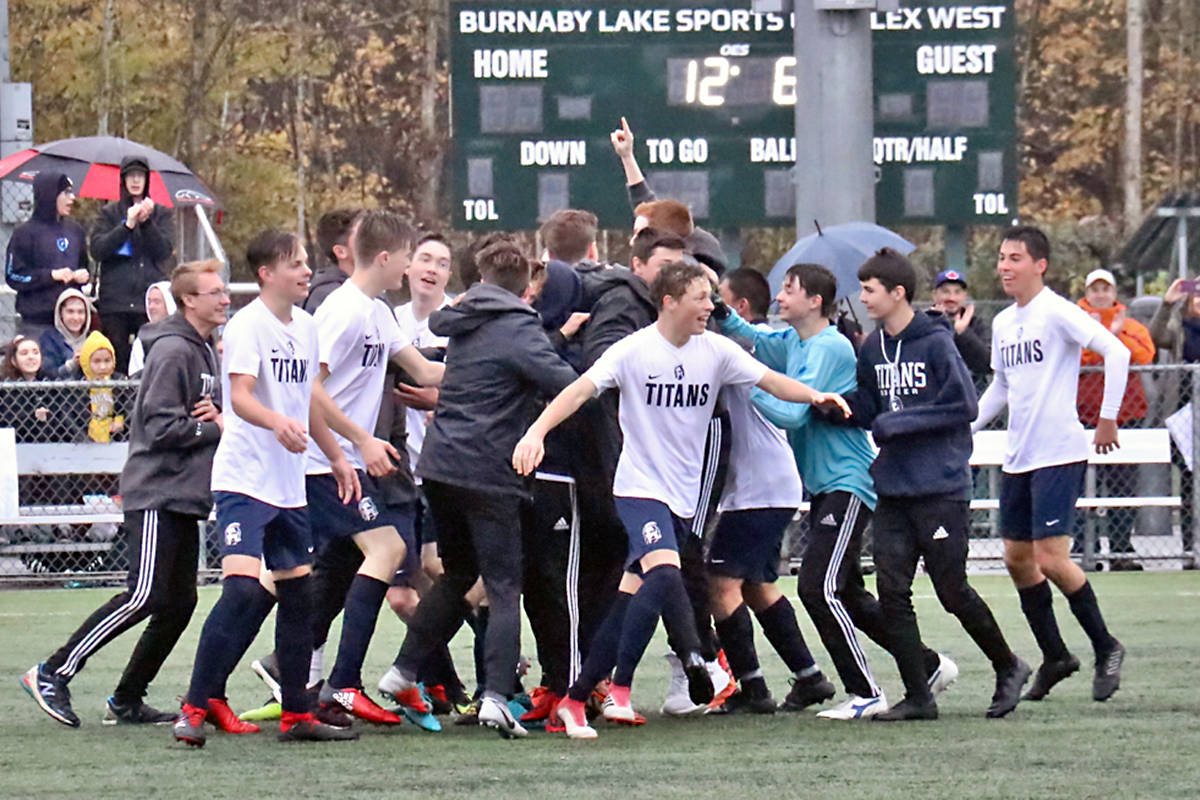 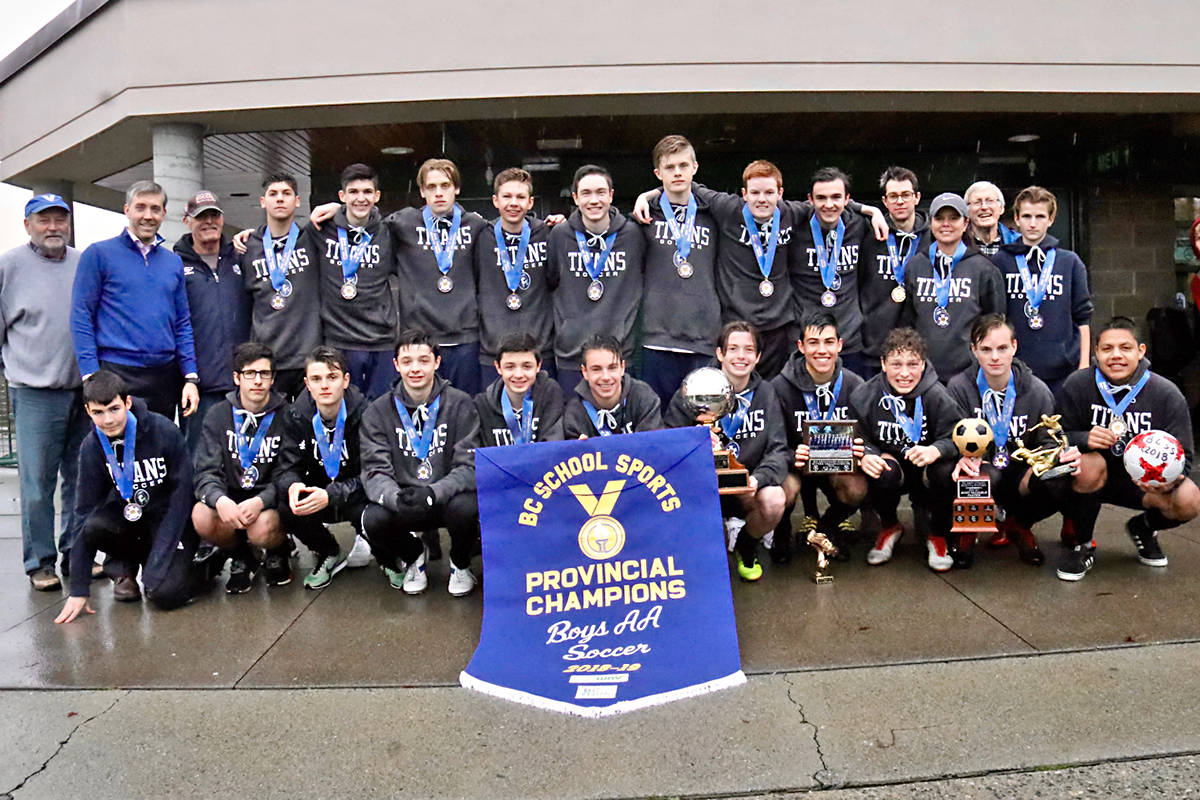