Running from Thursday July 14th to Sunday July 17th, the event drew 533 swimmers from 38 teams across the province to the UBC Aquatic Centre.

One LOSC swimmer was awarded the aggregate trophy as the highest point earner in the 15-16 year girls category, one was named Swim BC female provincial swimmer of 2021, and head coach Brian Metcalfe was named Swim BC male coach of the year for 2021.

Leila Fack won five gold, in the 100m freestyle (breaking a club record in the process), the 200m freestyle, 50m butterfly, 100m butterfly and 50m freestyle. She won silver in the 200m individual medley, and a bronze medal in the 50m backstroke. 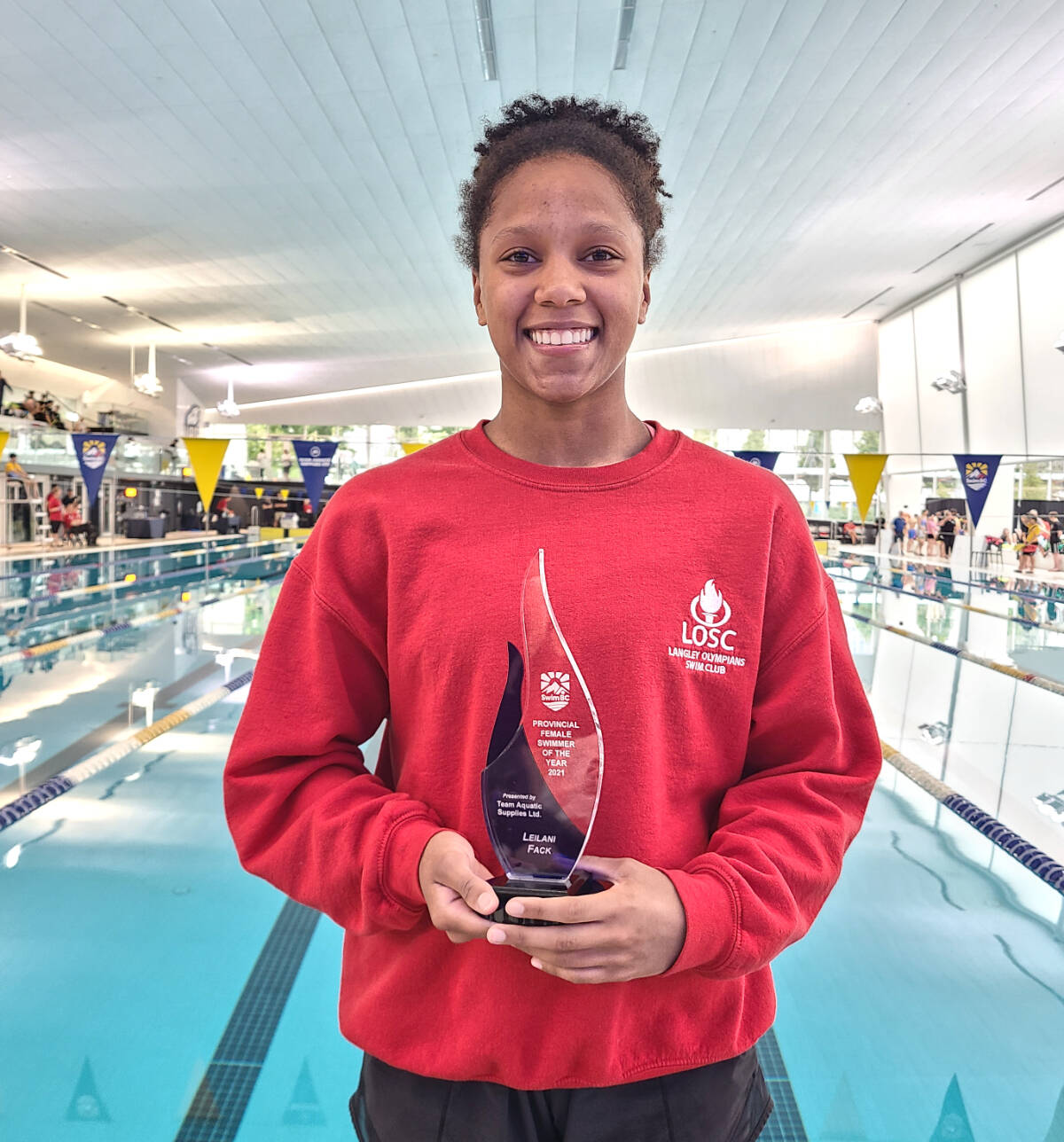 Fack was named Swim BC 2021 Provincial Female swimmer of the year.

The medley relay team of Katie Schroeder, Yeonwoo Choi, Madisen Jacques and Leila Fack won gold in the 4X50 medley, and broke a provincial record, setting a new mark of 1:58.15.

Yeonwoo Choi won one gold, two silver and one bronze.

Madisen Jacques won one gold and one bronze.

Danny Park won a silver and a bronze.

Up next, the Canadian Senior and Junior Championships running July 25th – 31st in Montreal.