A high school football program with a history dating back to the 1960s made history of its own this season.

Both the Langley Secondary Saints’ junior varsity (JV) and varsity teams made the playoffs, which according to Ryk Piche, the program’s co-head coach and defensive co-ordinator, marks the first time in the school’s history this has happened.

The JV team is made up of Grade 9/10 players and varsity usually consists of 11/12 players, “but for some schools like ours when you are rebuilding, you play a lot of JV aged kids up if they are good enough,” Piche explained.

“Just like in hockey or basketball, if the kids can play (up a level) you want them to develop,” he added.

LSS only had two Grade 12s in its program this year, and as a result its varsity squad was made up mainly of Grade 10 and 11 players with a few Grade 9s sprinkled in the mix.

The Saints’ varsity team ended its regular season 2-3 but, Piche pointed out, the East division is the strongest division at both levels in the province and gets four berths in the playoffs.

LSS’s team’s season ended Nov. 10 after the Saints lost their playoff game to the John Barsby Bulldogs (Nanaimo) by a 48-18 count. Entering the game, John Barsby had rolled to a 5-1 regular season record.

Meanwhile, the JV Saints’ regular season record was 3-2, and they tied for second in their division.

On Wednesday (Nov. 15) the JVs advanced to the provincial semifinals with a thrilling 23-21 victory over the visiting Holy Cross Crusaders at McLeod Stadium.

The JV Saints are moving on thanks to a field goal with eight seconds remaining that lifted them over the Crusaders from Cloverdale.

“We are now off the the semifinals, another first for the Saints’ football program,” Piche noted.

The team faces the Ballenas Whalers in the semifinals on Nov. 22 at Burnaby Lakes.

And while the varsity squad’s season has come to an end, they have been practising with their JV counterparts to prepare them for playoffs.

Playoff results aside, both teams making the playoffs is a notable accomplishment considering the program started in the 1960s and folded just a few years later before being resurrected by Frank Roberto in 2006.

The key to the teams’ success this year has been system and execution, Piche said: “The boys are now familiar with the systems we run and what we expect out of them.” 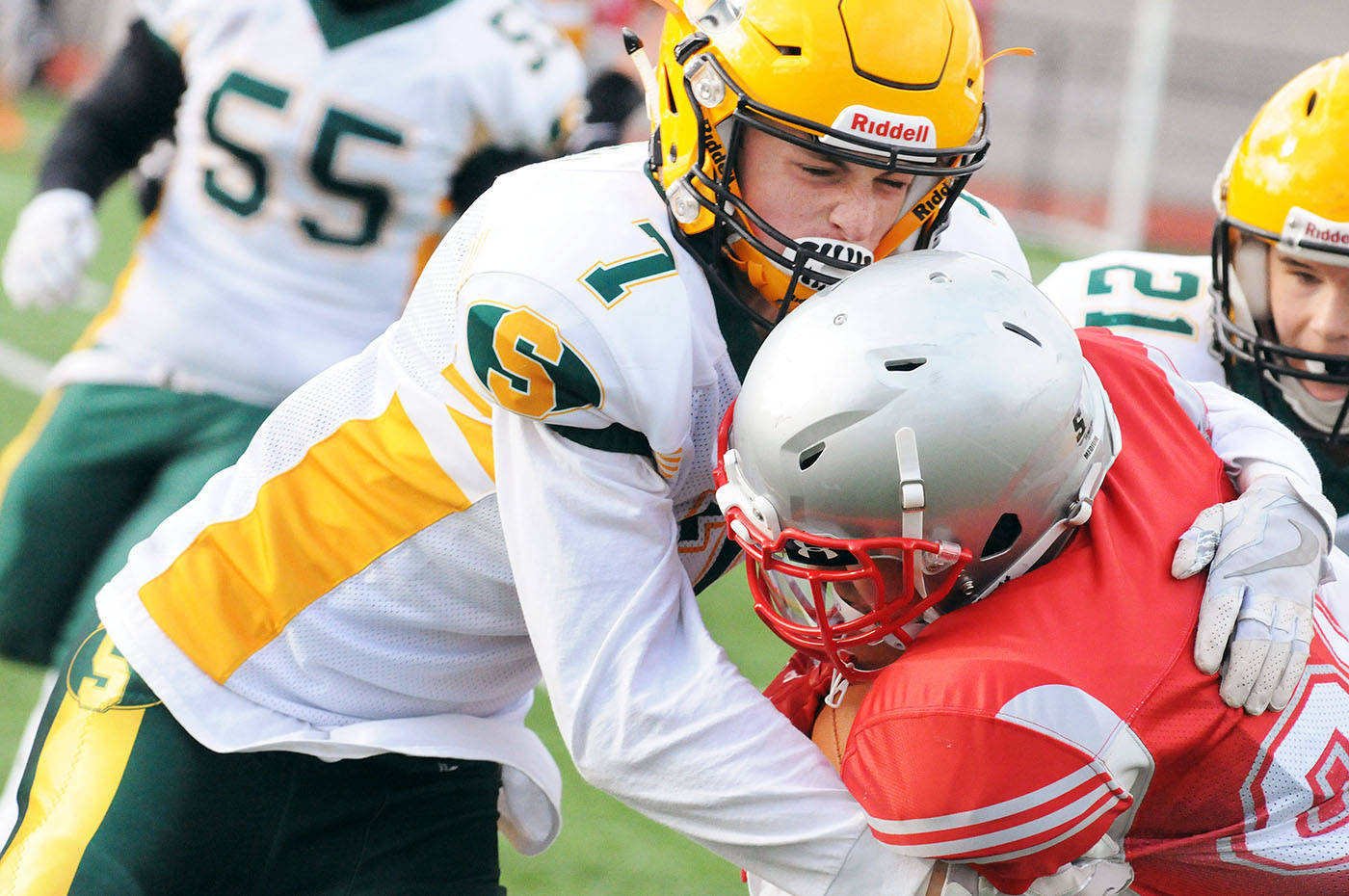 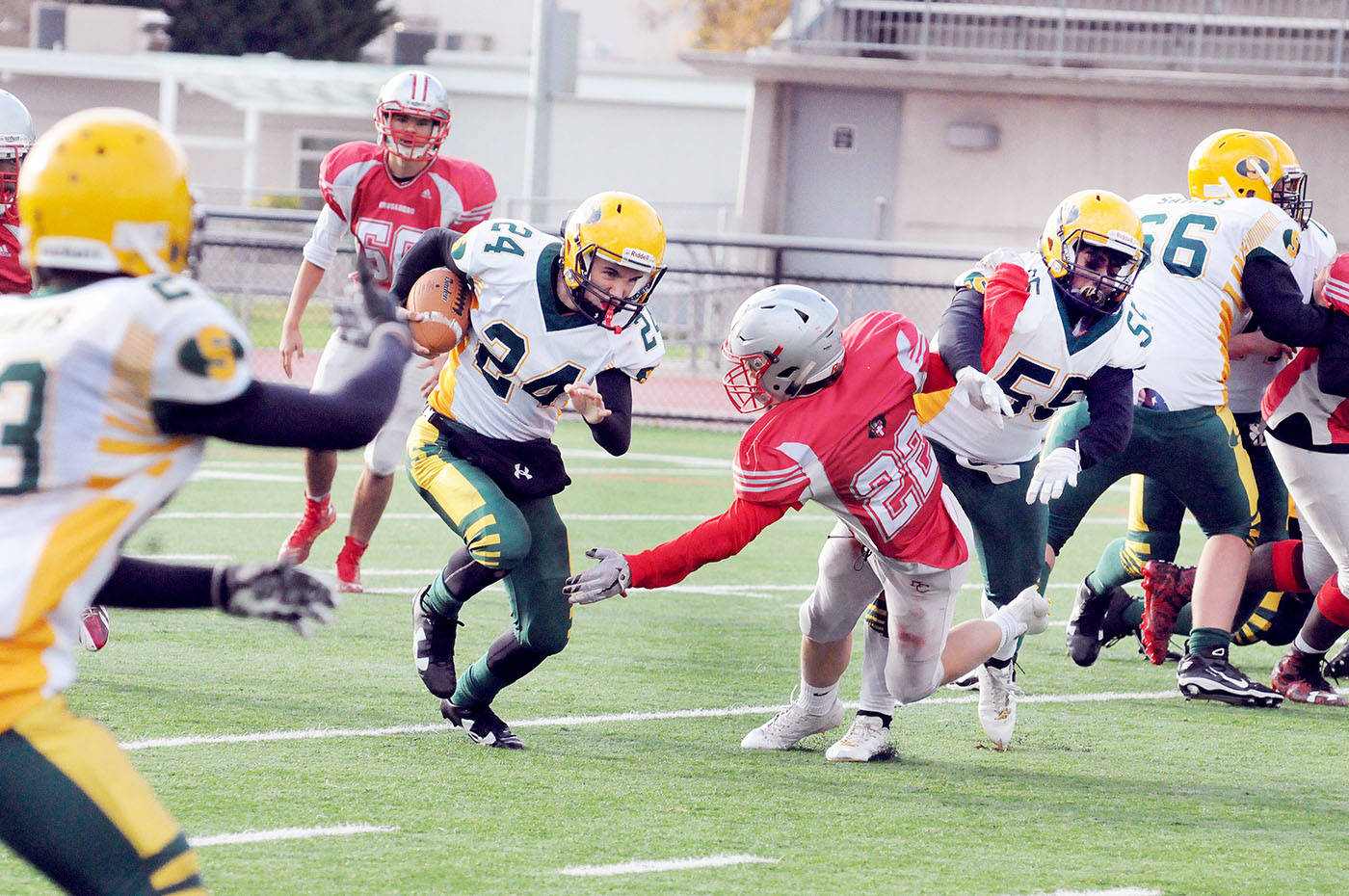 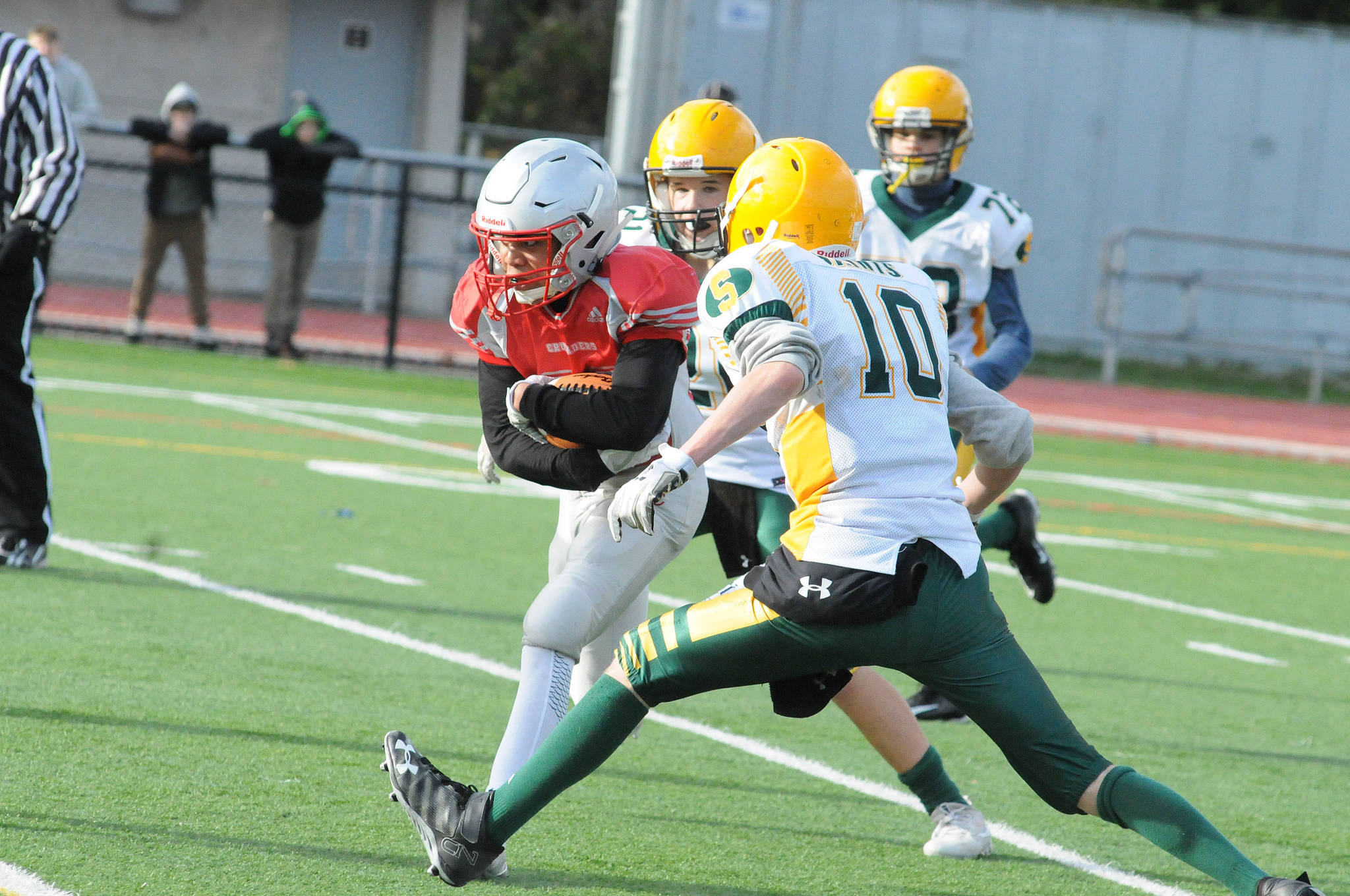