Two sisters have given hockey everything they’ve got… and yet they feel hockey is giving them even more in return.

Sarah and Amy Potomak of Aldergrove are positioning themselves to play for Canada at the XXIII Winter Olympic Games at PyeongChang, South Korea, in February.

“Hockey has given us endless opportunities in life, like traveling, education, and friendships,” said the young local women earlier this week from Florida, where the Canadian national women’s team managed a silver medal behind the United States in the Four Nations Cup with the US, Finland, and Sweden.

The tournament was part of a rigorous schedule, nested inside a series of games across the continent between the Canadian and American women, as the national team moves towards paring its numbers down to the 23 players who will make up the Olympic team.

“The team is selected from a pool of 28 players,” explained Morgan Bell of Hockey Canada, and the Olympic roster has to be submitted by the end of January.

With three goaltenders already in place, Sarah and Amy Potomak are shooting for two of 20 available skating positions.

Steve Potomak believes both his daughters have a serious shot at making the cut, although he points out that, at 18 and 19 years, they are the two youngest players on the current roster.

“They’ve got to cut three more forwards and two more defencemen,” said the Aldergrove dad, adding, “It’s a bit scary for us.”

To their advantage, he said, both girls are flexible on the front line, playing well in both centre and wing positions.

An all-star in both of her years so far in Minnesota, Sarah was the university women’s third top scorer in her freshman year, and last year took that up a notch to second, while leading the the team in +/- points while on the ice.

Both women have Canadian national experience. For instance, Amy captained British Columbia to a bronze medal at the 2016 National Women’s Under-18 Championship in Regina, last year, and was named tournament MVP. And her older sister won a silver medal with Canada’s National Women’s Development Team at the 2017 Nations Cup in Füssen, Germany, and Telfs, Austria.

Their dad believes that kind of experience will stand them in good stead as they take aim at the Olympics.

And their loyalty to each other will be a big plus, too, he believes. “It’s good support for the two of them being together, especially since they’re the two youngest players on the team. Being together is being a big, big help.”

The Olympic roster is certainly on the sisters’ minds, but they see the inevitable roster cuts as anything but divisive, instead viewing them as motivation to work harder with the entire team.

“We are a very close group,” both women agreed, maintaining that everyone on the team has a huge part in the process, “even if they get cut.”

“Having cuts keeps us focused and our work ethic high,” they said. “We are very, very competitive, but we are a family working together toward our goal.”

And that goal is Olympic gold: “We have one goal in mind, and that is to bring home a fifth gold medal [for Canada].”

They have both been working towards that goal for a long, long time, along with their mom and dad and three brothers.

“We contribute all of our success to our family,” wrote Sarah and Amy in an email to the Langley Advance.

“Our parents worked so hard to be able to give us endless opportunities in hockey to succeed. We played hockey because of our brothers. They are very supportive and still give us tips. Our dad coached us as much as he could, growing up, which was always fun, and he encouraged us to be the best we could be. Work ethic is everything, and all of us kids have developed a strong work ethic because of our parents.”

There are six kids in the family, four boys – Mark, Matthew, Devin, and Brandon – and two girls. And just like in their national team family, Sarah and Amy are the youngest.

“The boys all played hockey,” said Steve Potomak, “So [Sarah and Amy] kind of followed suit… it kind of became a natural thing for them, and they showed an interest in skating and hockey, so we put them in hockey. Because of the boys and everything else, we just put them into boys hockey.”

Sarah and Amy started skating when they were “three, maybe four years old,” said their dad, “and they started playing hockey as soon as they could get into it; they’d be maybe five years old.

The lists of their accomplishments since then is impressive in both quantity and quality. Their awards and achievements listed at hockeycanada.ca include honours from throughout the continent and across oceans.

Hockey has provided both Sarah and Amy with full scholarships to the University of Minnesota, known for both its academic positioning and it history of producing top-notch hockey players.

Sarah has completed two years of her undergraduate studies and has plans for future in education, teaching in Grades 1 to 5.

Amy’s goals are inclined to medicine. She’ll be joining her sister at Minnesota next fall, where, “I am going to major in kinesiology, minor in biology, and then hope to attend medical school after that and become and ophthalmologist.”

But that won’t be the end of hockey for either of them.

Steve Potomak coached his kids’ teams when they were young, and now he and their mom, Jane, try to get out to their games as much as possible – wherever they are. While they necessarily miss some of the games as their daughters crisscross North America in their current schedule, they will make the trip to PyeongChang if either Sarah or Amy make the cut.

“Their big hope and their dream has always been to play for the Olympics,” said Steve. “This is as big as it gets.”

“That’s the plan,” he said, the sound of his voice vibrant with pride. 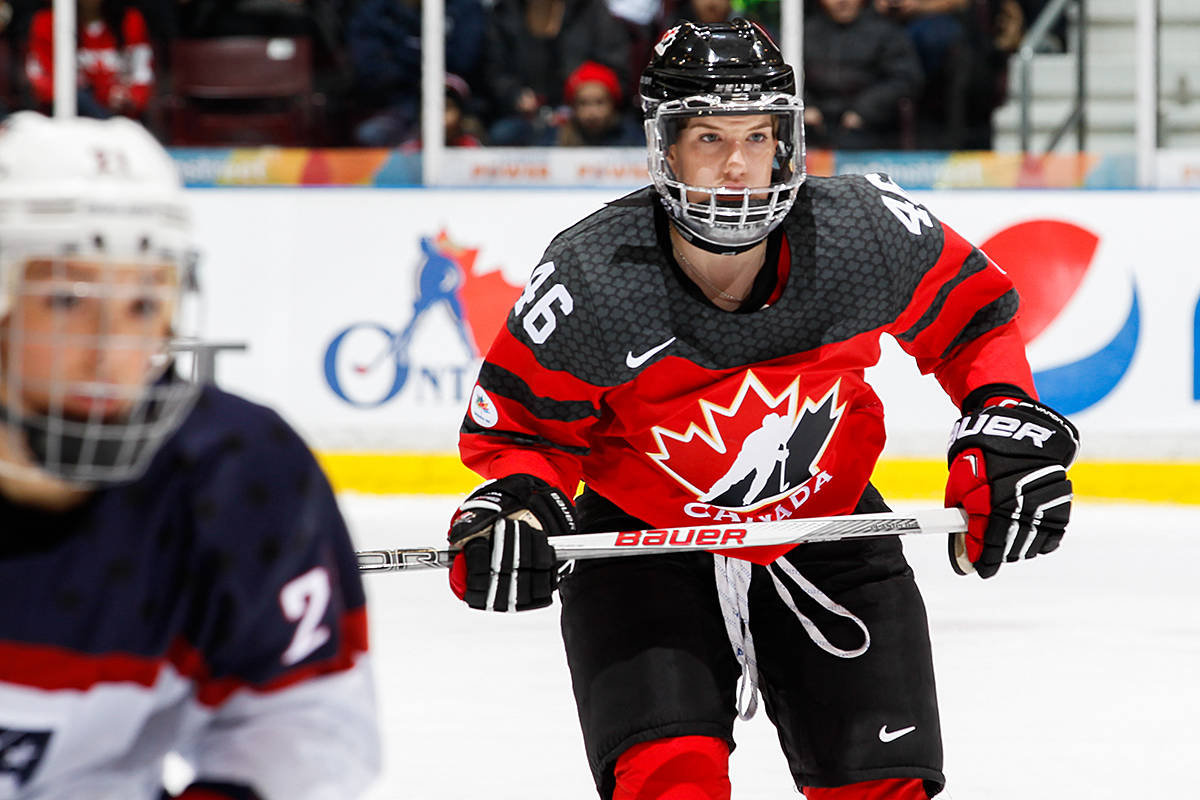 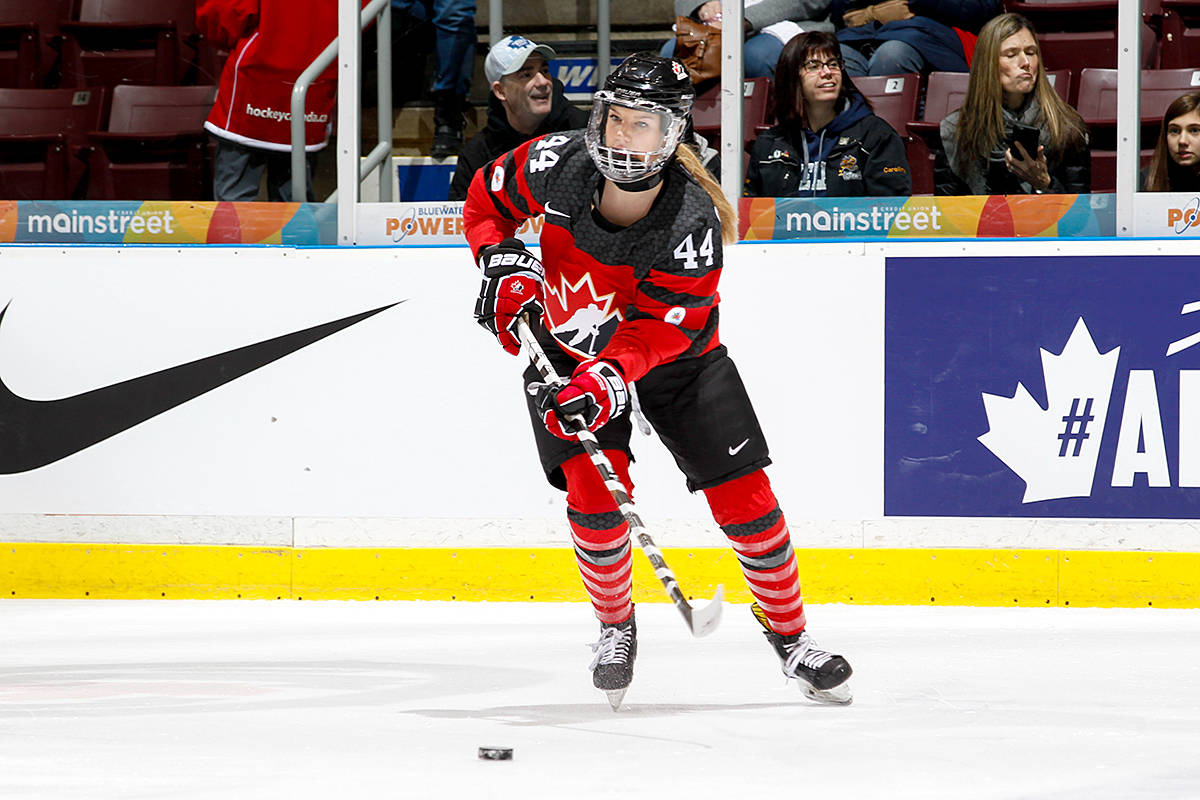 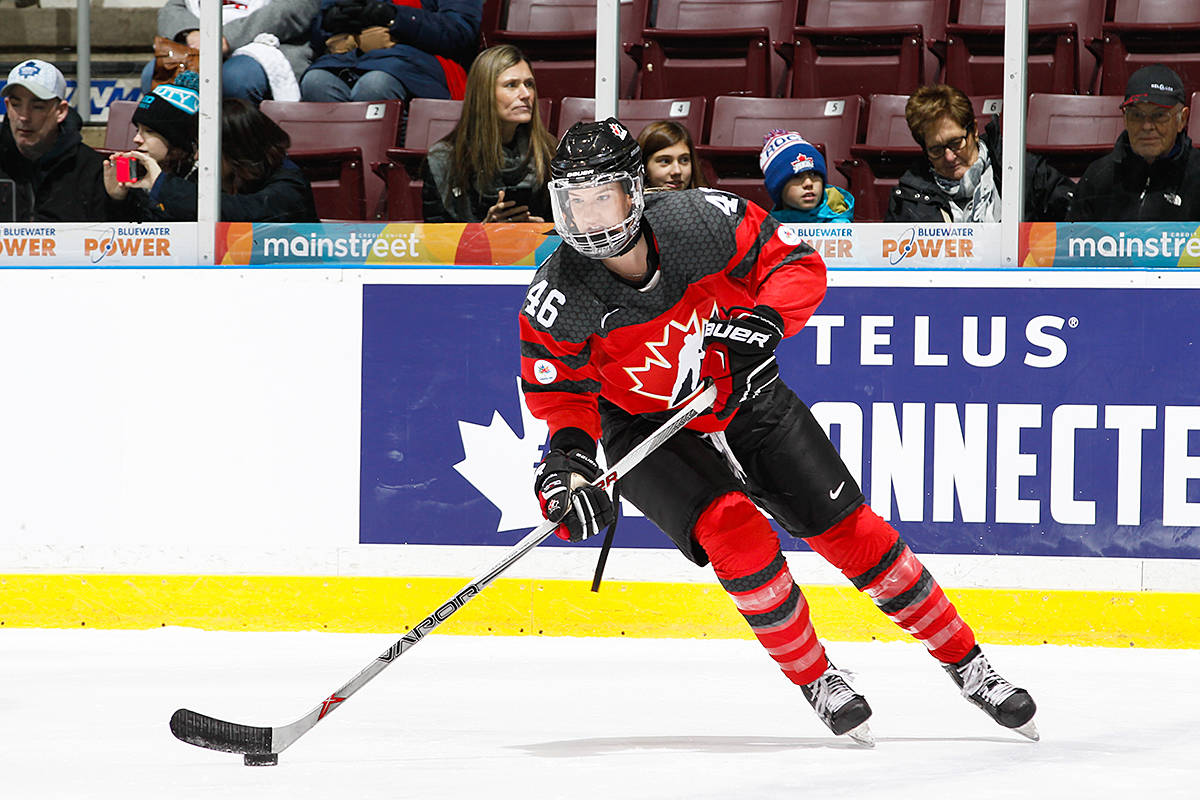 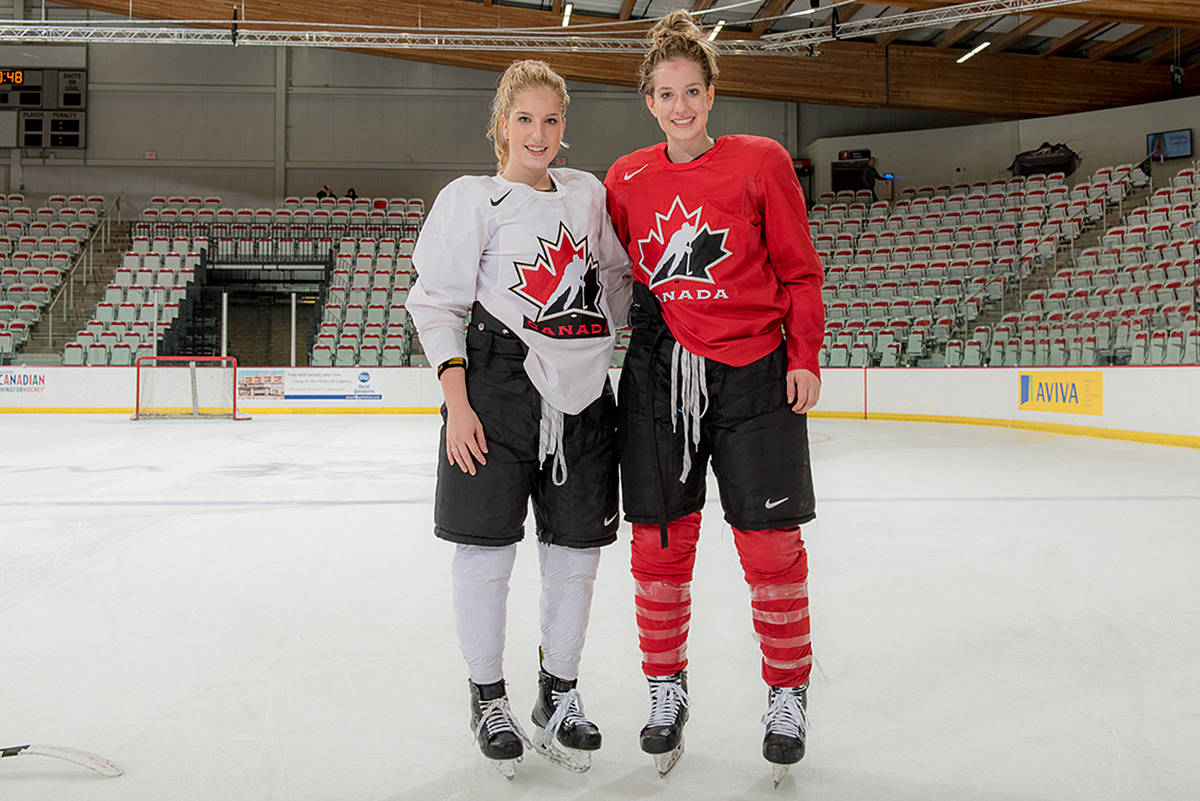