Danielle Lawrie-Locke was sitting on the couch while vacationing back east last August, watching the World Cup of Softball.

One of the commentators, Michelle Smith — someone Lawrie-Locke knew from her own softball days — was asked a question from the play-by-play broadcaster about when Smith felt she was at the peak of her own athletic abilities.

Smith responded by saying that peak was probably when she was 34 or 35 years old.

“At that moment, it hit me,” Lawrie-Locke recalled.

Lawrie-Locke was 30 years old and a mother of two — her youngest, Audrey, was nine months old, while older sister Madison was four.

“It just hit me when she said that and it took me a couple of weeks to come to terms with the idea,” she said.

And that was the start of her comeback bid as she aims to represent Canada with the national women’s softball program not only this summer, but in two years time as softball also returns to the Olympics which will be hosted by Tokyo in 2020.

And Lawrie-Locke makes no bones about it — the chance to compete at the highest level played a huge factor in her decision to return.

“As a female athlete, that is one of the biggest stages for us to perform at,” she explained.

The ball diamond has long been Lawrie-Locke’s sport of choice as the now 31-year-old took up the game at a relatively young age and played at the highest level possible, pitching for the White Rock Renegades, one of the elite programs across Canada.

After graduating from Langley’s Brookswood Secondary, she attended the University of Washington and twice won the U.S. college player of the year award for the Huskies, one of only two women to capture the honour in consecutive years, and also helped UW win a national title.

Her number 15 jersey has since been retired by the Huskies and now graces the outfield fence at Husky Stadium.

Lawrie-Locke had played professionally in the National Pro Fastpitch league, pitching for the USSSA Florida Pride.

Five months after giving birth to Madison in December 2013, Lawrie-Locke was back in shape and playing for the Florida Pride of the USSSA that May.

It was her one season of pro ball as she hung up her cleats and settled in Seattle, with her husband, Drew Locke, and focused on her family and career, working as a commentator for the Pac-12 Network as well as doing some broadcast work with ESPN.

“I never thought I would be playing into my 30s, but I also think when you are married and have kids … I think you start to get an itch for some type of competitiveness again,” she explained about walking away from the game at age 27.

Once she decided on her comeback last summer, Lawrie had no problems getting ready physically for the tryout process — it was more about finding the time to juggle all her duties between being a mother, wife and broadcaster.

“These last couple of months have been more stressful than I anticipated,” she admitted. “But I have so many people in my corner.”

She has also been blessed by having friends and family — including her parents who still live in Brookswood — who are willing to step up and help watch the kids.

Juggling motherhood and everything else has helped ground Lawrie-Locke.

“I think it has really helped me value my time, value who is in my life and how much energy I am putting into things,” she explained.

“Life isn’t as hard when I am on the softball field compared to where I am now.”

And when things get to be too much, Lawrie-Locke zeros in on the end goal.

“The big light at the end of the tunnel is I want to try and get a medal at the 2020 Olympics with my family in the stands,” she said.

“That hard-core grind to get there is obviously what people dislike sometimes, but I almost appreciate (it) because when things get tough or really hard … I will be able to dig deep on these hard times and remember why I did this.”

Lawrie-Locke isn’t able to train as much as some of the other players competing for a spot on the national team so she focuses on quality of training over quantity.

“I may not have as much time to train as someone else … so when I get the chance, I am all in,” she said.

Back in January, Lawrie-Locke attended the first phase of selection camp where 40 athletes tried out.

From there, she was one of 22 invited for the final tryout, which runs May 30 to June 10 in California.

“The first phase of the selection process proved to be extremely competitive with our overall depth having improved significantly,” said Mark Smith, Softball Canada’s high-performance director and head coach of the national team, in a release announcing the 22 players who made the first cut.

Lawrie-Locke is looking forward to a second chance with the national team, admitting not placing on the podium at the Olympics left an emotional mark.

“I had a lot of bad emotions based on that ’08 experience,” she said.

“(And) I was probably not as good a teammate as I should have been.

“I was so bent on everything that happened in the past. I am going to go and try out for this team with a fresh start, a fresh mentality and try and be better than I have ever been.”

Following the California camp, the final roster will compete in the World Cup of Softball in Irvine, Calif. as well as the Canada Cup back in Surrey at Softball City, before they head out for the WBSC women’s softball world championship in Chiba, Japan. 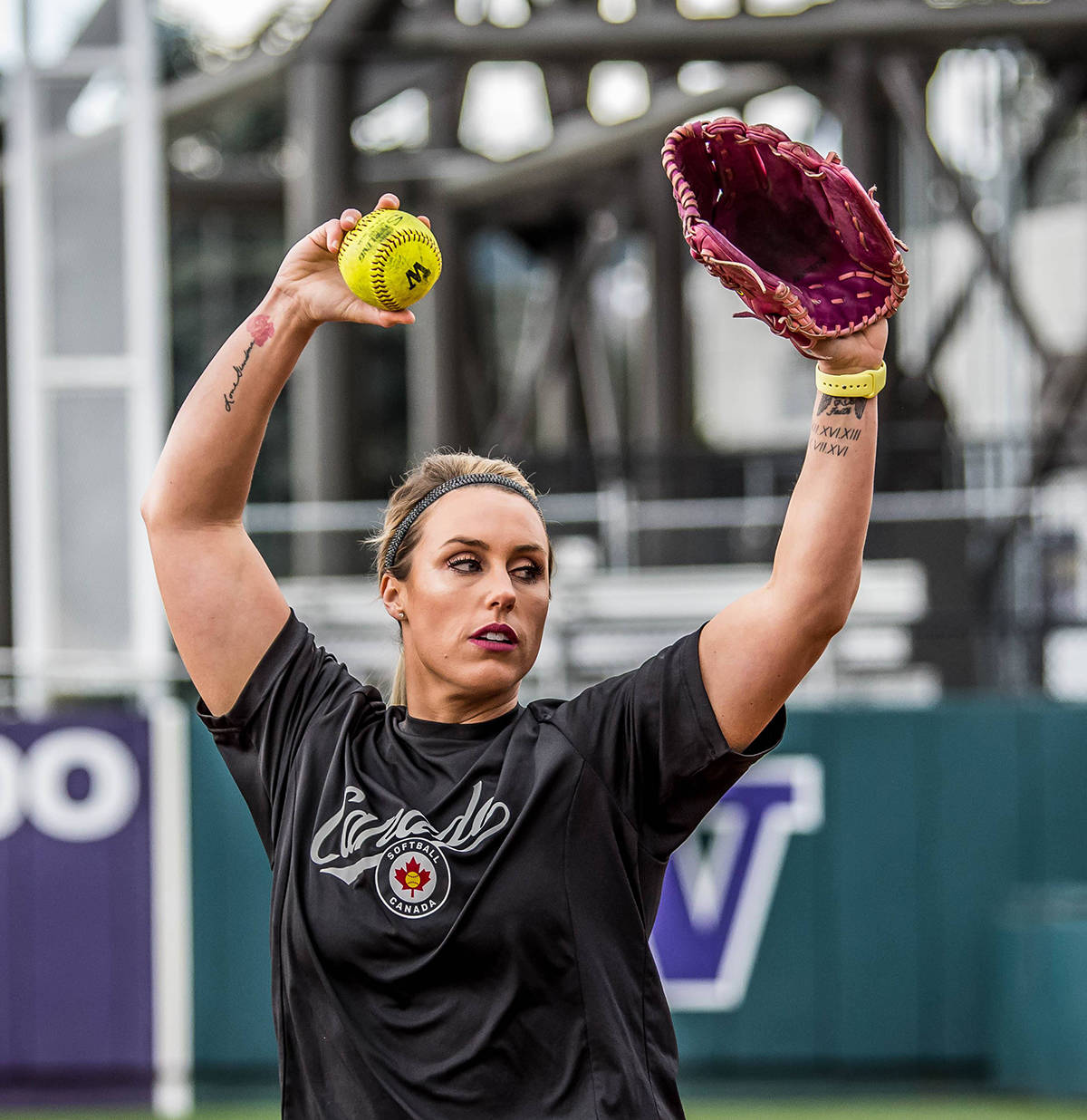