When Trinity Western University announced that Langley’s Zach Hofer had signed with the university volleyball team, one online commenter asked “there’s another one?”

They could be forgiven for wondering.

Brothers Brodie and Tyson already play volleyball for TWU, his dad Ryan is head coach of the Trinity Western’s women’s volleyball team, and mom Carol is associate director of athletics.

“We love having athletes like Zach who grew up playing volleyball. With Zach’s parents working in our department and brothers Brodie and Tyson playing on the team, it has felt like Zach has always been part of our Spartan family,” Schriemer remarked.

For his part, Zach said “Trinity is my home and the Spartans are my family. I can’t wait to join the program and become a Spartan on the court.” 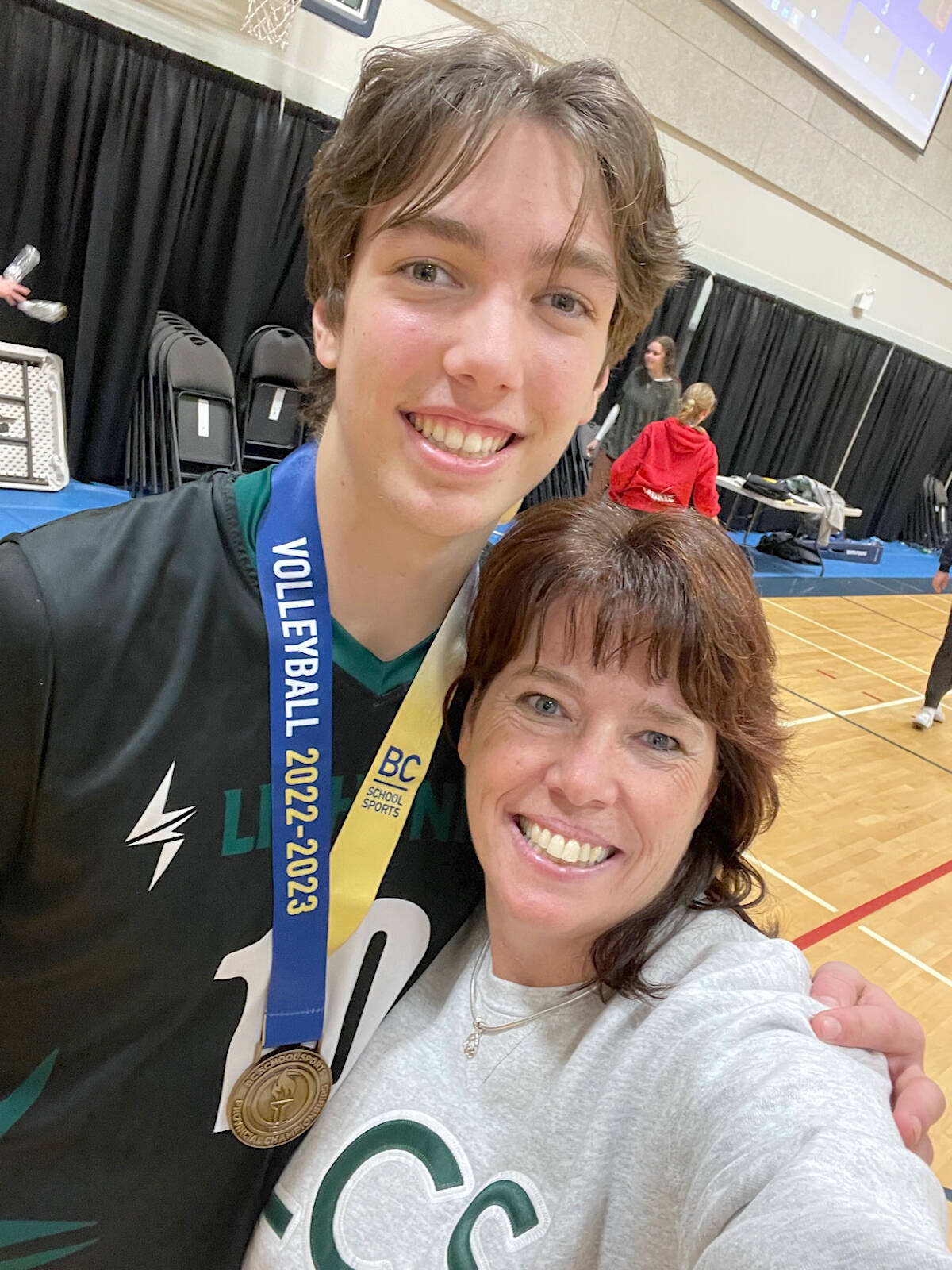 A proud Carole Hofer took a selfie with son Zach and his latest gold medal. Zach will be the third Hofer son to play for Trinity Western University, where Carol and husband Ryan have been coaching for more than two decades. (Special to Langley Advance Times)

Carol Hofer said since “Ryan and I started coaching at TWU 23 years ago, it has been a dream of ours for them to come experience TWU. Now that Zach has chosen TWU, we can’t wait to see him in a Spartan uniform!”

Schriemer said Zach’s “serve and spiking is well beyond his years.”

“As an outside hitter Zach can spike with incredible range,” Schriemer elaborated.

Being still in Grade 11, it’s not common to see a player score in as many ways as he does,” Schriemer added.

“He has an incredible toolbox as spiker, which helps him score in many different ways. Zach also stands out as a server. He has a unique hybrid serve that causes trouble through either max velocity or change of pace variations.”

Zach set up the winning point for Langley Christian Lightning at the AA Provincial Championship in December, a serve return with a free ball, wrapping up a year where the seniors won four major tournaments.

READ ALSO: Hofer finds his calling on the bench