The Orangeville Northmen don’t need any extra help. But when it is given to them, they will be sure to take it and make you pay.

The Northmen – whose power play clicked at a .643 percentage during the round-robin – continued to make opponents regret taking penalties, scoring six power-play goals on 11 opportunities as they held on for a 10-8 victory over the Victoria Shamrocks on Wednesday night in game one of the 2019 Minto Cup best-of-five championship series at Langley Events Centre.

Orangeville was ahead 5-1 after one period and in complete control at 7-2 through 40 minutes. But the Shamrocks played an inspired third period, three times cutting the deficit to a pair of goals but could never get closer than that.

“(We) took our eye off the focus a little bit and maybe got a little undisciplined at the end of the second period, which allowed them to get a bit of momentum,” said Orangeville coach Bruce Codd. “And credit to (Victoria), they worked really hard to get themselves back in the game.”

Every time Victoria attempted to get back in the game, the Northmen had the answer.

Patrick Dodds, Jackson Boyd, and Caleb Kueber scored Victoria goals in a span of 1:01 to make it 7-5 with 17:35 to play. But Victoria’s parade to the penalty box continued (they had seven minor penalties, a double minor and two majors for the game) and Orangeville scored three of their six power-play goals in that third period.

“They did a great job of moving the ball around and hitting the shots when they had their opportunities,” Codd said about his man-advantage unit.

Leading the way was Dylan Watson. After scoring nine goals in the round-robin (which tied him with the Minto Cup lead alongside teammate Jonathan Donville) Watson exploded for another seven goals, four of which came in the first period alone. The other three all came of the stick of Donville.

Watson finished with 10 points and Donville had nine while Kyle Watson chipped in with four assists and Ty Thompson had a pair of helpers.

“You can’t (even) dream about this as a kid. Growing up playing lacrosse, is obviously something you want to do,” Watson said about his eye-popping night. “Dreaming is one thing, but doing it is another.”

He was also quick to deflect credit for his individual success. “We have a bunch of weapons on our team,” he said.

On the other side of things, the Shamrocks were left searching for answers as the Northmen were whistled for just five minor penalties and a major, which came as time expired.

The team also knows they cannot keep falling behind by huge margins, especially against an opponent as talented and deep as the Northmen.

In game one of the round-robin, Orangeville jumped ahead to a 7-0 lead in what became a 12-1 victory.

“We can’t keep spotting them big leads at the start. We need to come out with the same urgency we did in the third period that we did in the first period,” explained Shamrocks assistant coach Mike Pires.

“Get to work early. It is hard to dig out of a hole especially against that team. We need to be better early and better for 60 minutes.”

“We need to dial in our penalties and our discipline. Their power play is too good and too talented to give them that many opportunities,” he added. “We will deal with that and work through it and try and keep building off a positive third period.”

The best-of-five series resumes with game two on Thursday (Aug. 22) at 7 p.m.

The Shamrocks will look to carry the momentum of game one’s third period, where they outscored Orangeville 6-3. By comparison, the Northmen allowed 11 total goals during 180 minutes of round-robin action.

Codd is sure his team will learn that with stakes so high – and against an opponent which has shown tremendous resiliency to make it this far – it cannot afford to take its foot off the gas.

“It’s a reminder that you have to continue to work hard. We kind of got away from our game plan and the style that we wanted to play, so it is a good reminder,” he said.

While Watson earned the Northmen player of the game award, Dodds took the honour for his team following a two-goal, three-point game.

Boyd led all Shamrock players with a goal and four points while Kueber and Austin Madronic (two goals) had three-points.

Final shots on goal were 67-39 for Orangeville with Victoria’s Cameron Dunkerley making 57 saves and the Northmen’s Rylan Hartley stopped 31. 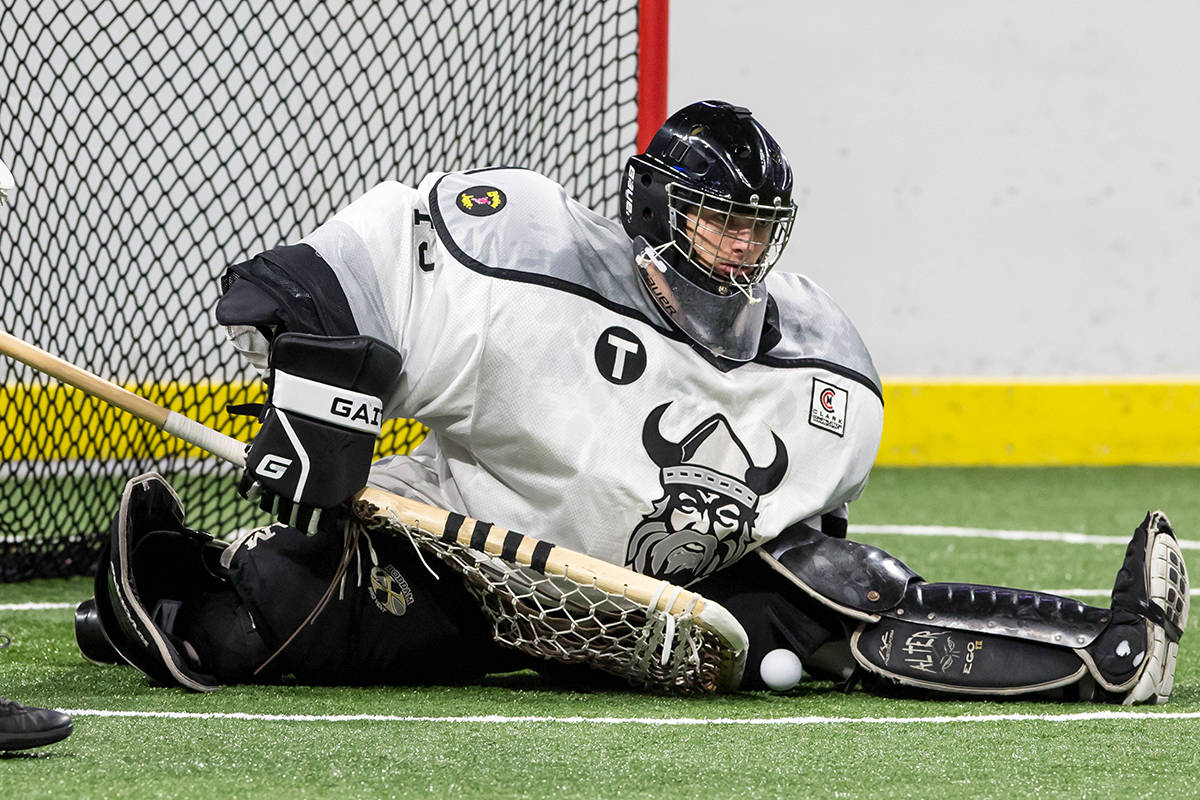