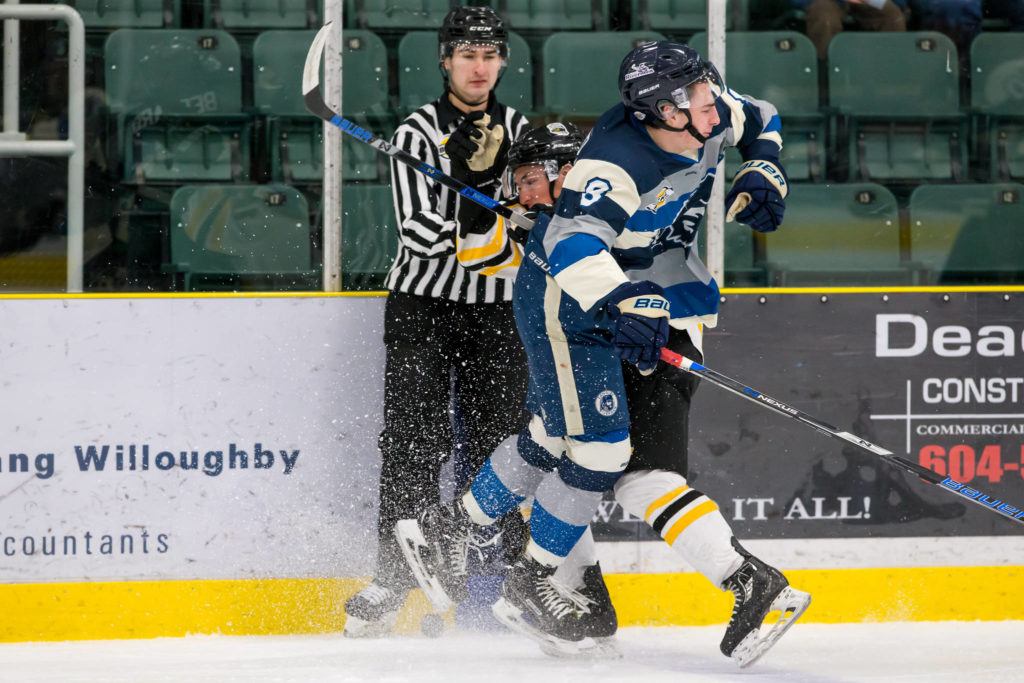 All season, Colin Bernard has been counted on as a veteran presence along the Langley Rivermen blue-line.

“He has been huge for us, especially with a young ‘D’ core,” said Rivermen head coach and general manager Bobby Henderson.

“He has been a good guy for them to look up to.”

The Rivermen acquired Bernard’s playing rights from the Chilliwack Chiefs at the start of this BCHL season.

And the move has paid dividends.

Earlier this week (Feb. 21), the 20-year-old from Stamford, CT. was announced as the junior A hockey league’s Mainland Division nominee for top defenceman.

He is up against the Nanaimo Clippers’ Max Crozier (Island Division) and the Wenatchee Wild’s Cooper Zech (Interior Division). The three finalists were selected by voting among the league’s head coaches.

“It is just an honour, obviously there are so many good defencemen not only in this division, but in this league,” Bernard said.

“To have my name considered up there along with some of the top guys in this league, it is just a great honour.”

Bernard was sixth on the team in scoring with three goals and 28 points, but did so in just 39 games. His 0.72 points per game were third on the team and seventh in the league among blue-liners.

“He is a big reason our power play has been clicking,” Henderson said. “And he can be effective in all situations.

“He is a guy that when the game is on the line, you want him on the ice. Those are qualities you look for in a hockey player.”

Bernard followed his father onto the blue-line. His father had been a forward, but his college coach facilitated the switch to defence.

“(My dad) said once he made the switch, it was some of the best hockey he played so he developed me into a defenceman right of the bat and ever since, it has been my home,” Bernard said.

The five-foot-10, 175-pounder — who joins the Sacred Hearts University team in the fall — will continue to be counted upon as a steadying presence with the BCHL playoffs just around the corner.

Only eight members of the team have post-season experience at the junior A level, a first-round loss last season, and only two of the defencemen are back from that team, which lost in six games.

So while his teammates have a combined 45 playoff games, and only a dozen from the blue- line, Bernard suited up in 23 games as Chilliwack went on a lengthy post-season run.

“I know it is something new to a lot of the guys on the team but it is just a whole new ball game, you are going to get the best from the 20 guys on the opposing side for however long the series may be,” he said.

“Having a possible seven games in nine nights, it becomes a mental thing, it is survival of the fittest, whatever you can do to win.

“You are not going to win with just a few guys, it is going to take the effort of 20 guys every single night if you want to see success.” 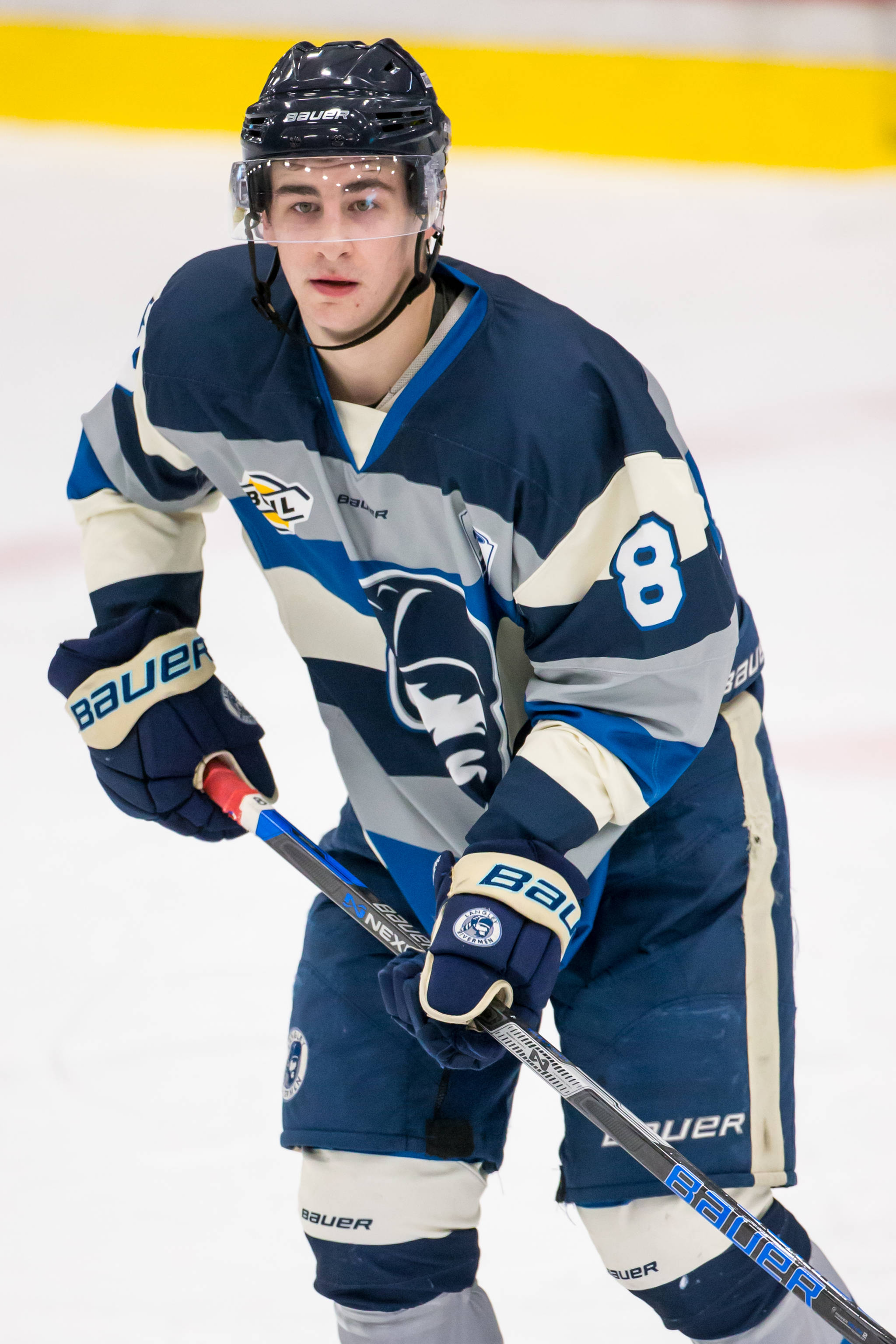 VIDEO: What you need to know today at the B.C. Games

Sticking the landing at the B.C. Games