The Spartans hosted the Regina Cougars on Jan. 19 and 20 at the Langley Events Centre, with the split leaving the team with a 13-5 mark and six games to play.

“I just think we took care of the details tonight, from preparation to responsibilities on and off the floor to the little things at the net with the game plan,” said Spartans coach Ryan Hofer.

“They all added up to a really good game plan and the girls executed well and raised our efficiency. I think one of the best things we did was how we served. We put them in a lot of trouble with our serving.

Hilary Howe had a career-high 20 kills and hit .400 to lead the Spartans to a key victory. Katelyn Devaney had a match-high 10 blocks to go with nine kills.

Devaney led the attack in Friday’s match with 13 kills while Howe added a dozen. Avery Heppell delivered a career-high 13 blocks, as the first-year rookie from Langley tied a TWU single-match record.

The Spartans are off this weekend. 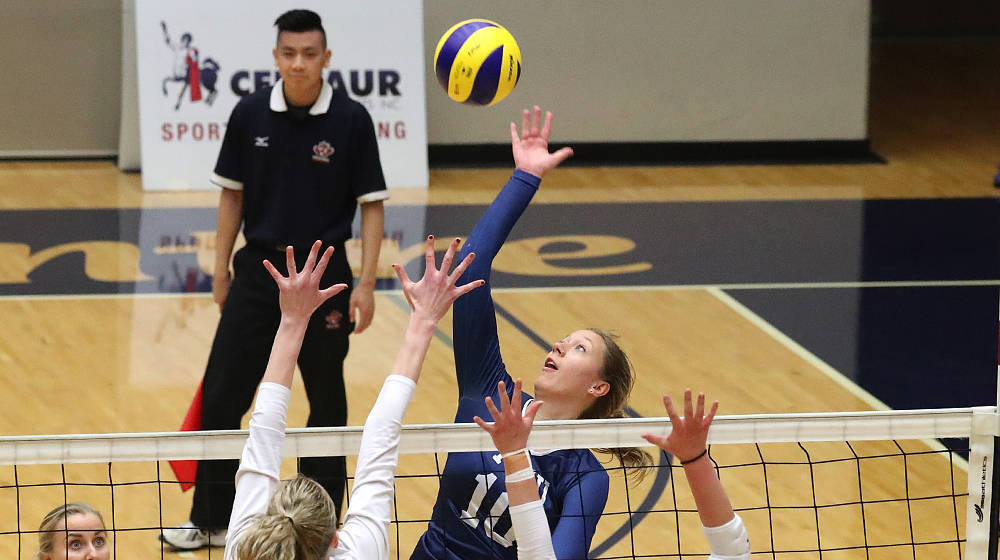