Trailing 13-2 at one point in the first quarter, the Langley Christian Lightning put the clamps down defensively the rest of the way.

“We just settled (down), our help was better and we started to get some rebounds,” said coach Danielle Gardner.

“We got down early and fought back. (But) it was close all the way through and we were just able to pull ahead at the end.”

The Lightning trailed 13-5 after one quarter but took a one-point lead, 17-16, at the half. Langley Christian again held their opponent to three points in the third quarter before a back-and-fourth final quarter.

“A lot of girls stepped up and had some great games for us,” Gardner said. “This is a big accomplishment for us.”

Langley Christian was the top seed for the 32-team Fraser Valley championships while the Eagles were ranked No. 2.

The semifinal game was significantly tougher but Langley Christian edged No. 5 South Delta 36-31.

Lainey Shelvey, who had a team-high 11 points, was names most valuable player of the Fraser Valleys.

“She is a great athlete who is just starting to come into her own as a basketball player,” Gardner said. “She has a bright future ahead of her in terms of what she can accomplish.”

The Yorkson Creek Wolves and Walnut Grove Gators both lost in the second round of the Fraser Valley championships while the Brookswood Bobcats fell in the opening round. 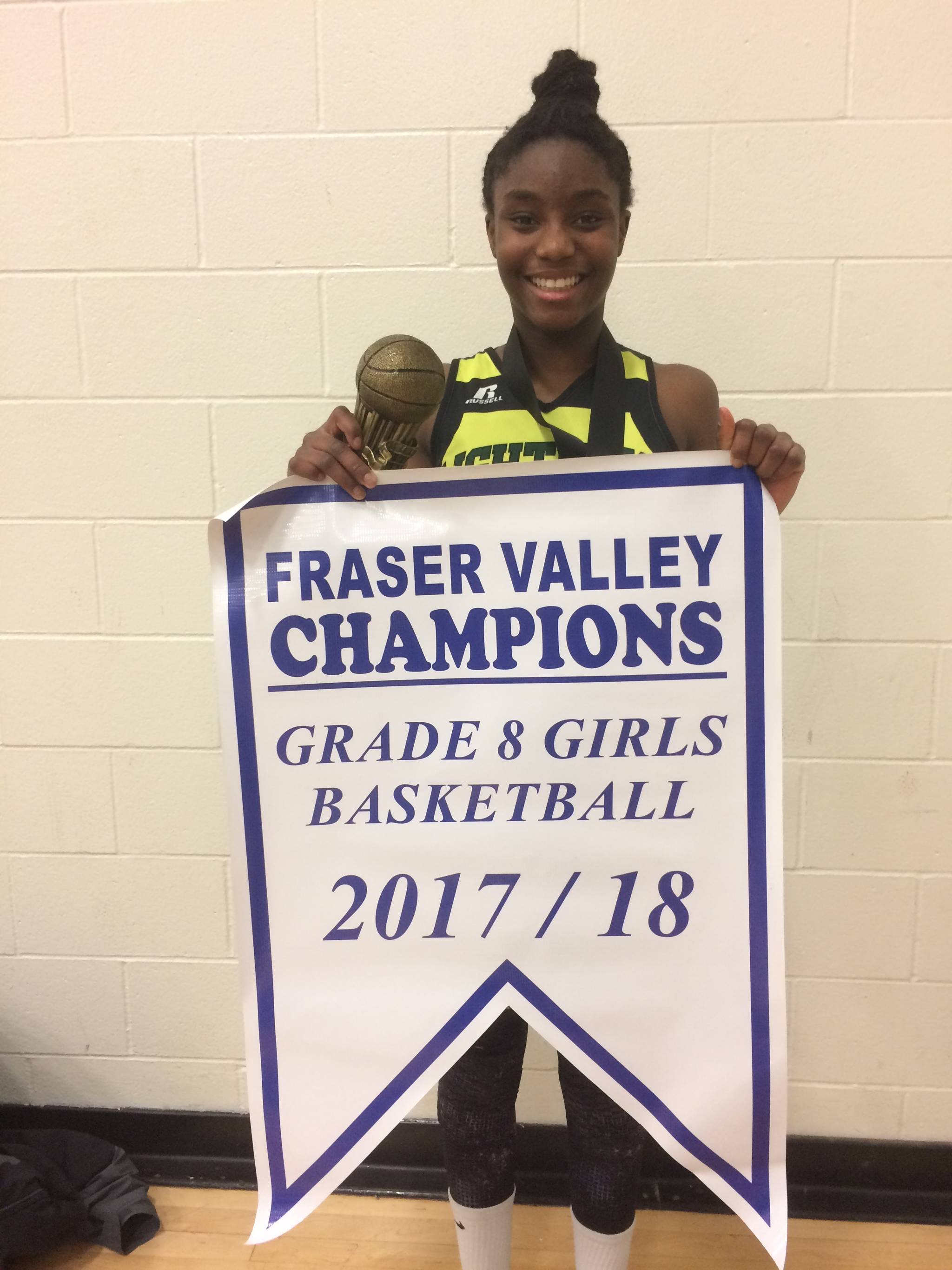