They have won three straight Canada West championships and now the Trinity Western Spartans will look to make it three consecutive U Sports titles as well.

“This is what we set out to do at the beginning of the year and we are excited we get to do it,” said Spartans men’s volleyball coach Ben Josephson earlier this month.

The Spartans are ranked as the top seed for the eight-team men’s volleyball national championships, which run March 16 to 18 in Hamilton, Ont. at McMaster University.

TWU already knew it had a spot in the field for nationals, but made sure it will be ranked No. 1 going in after beating the Alberta Golden Bears 3-1 (25-16,25-23,14-25,26-24) on Saturday night at the Langley Events Centre in the Canada West gold-medal game.

The Spartans are ranked No. 1 in the eight-team field at the national championships, which will be hosted by McMaster University in Hamilton, Ont. The championships run March 16 to 18 with TWU’s first game on Friday at 5 p.m. (PST) against the No. 8 Windsor Lancers.

And while some squads may not want or respond well to the pressures of being the favourites, that is not the case with the Spartans.

“We talk about pressure being a privilege and (one of the) reasons we came to this program,” Josephson said. “The reason they chose to be here is to get a chance to compete for those championships.

“On the one hand, yes it is expectations, but on the other hand, we have what no one else has and … we want to carry (that) with honour and pride.”

In Saturday’s gold-medal contest— which was also a rematch of last year’s U Sports national championship game — Eric Loeppky had 19 kills to go along with four blocks and two aces. Jesse Elser had 10 kills and three blocks, including a solo block for the decisive point in the fourth set.

Canada West player of the year Adam Schriemer had 43 assists and Pearson Eshenko had five blocks.

Despite the victory, Josephson said his team can use the third set — which they lost badly — as a learning experience.

“I think we showed our youth and inexperience in that match. I feel like some of the veteran guys probably tried to do more than they needed to and I thought the younger guys were doing a good job,” he explained. “And as a coaching staff, we didn’t make the right adjustments quick enough and that’s just because we haven’t been in this spot much with this group.

“But I’m glad we had this experience, because we’ll be a whole lot more stable now moving forward having experienced this type of game with these guys.” 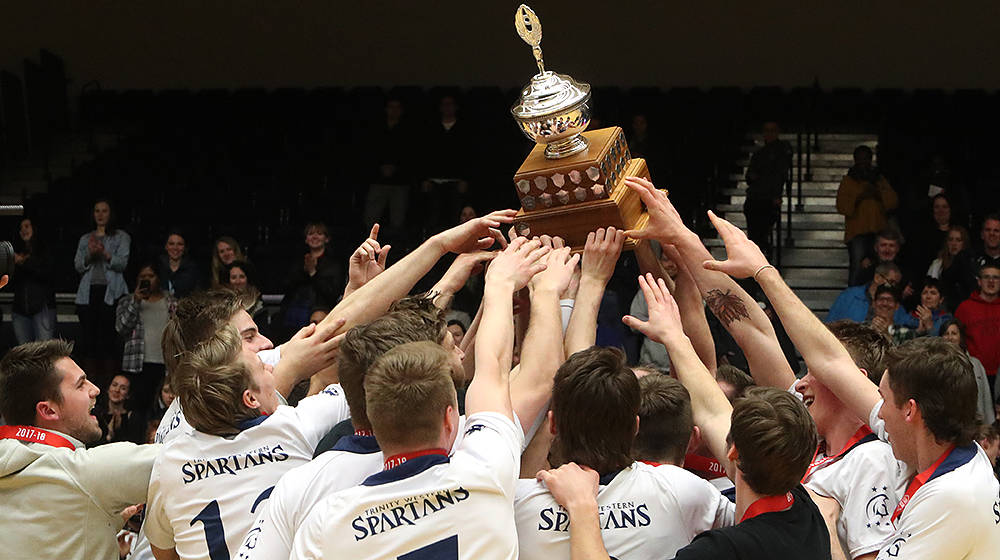 The TWU Spartans hoisted the Canada West championship trophy on Saturday night at the LEC. Now they will try to capture the Tantramar Trophy at the U Sports national championships at Hamilton’s McMaster University. Scott Stewart TWU Athletics 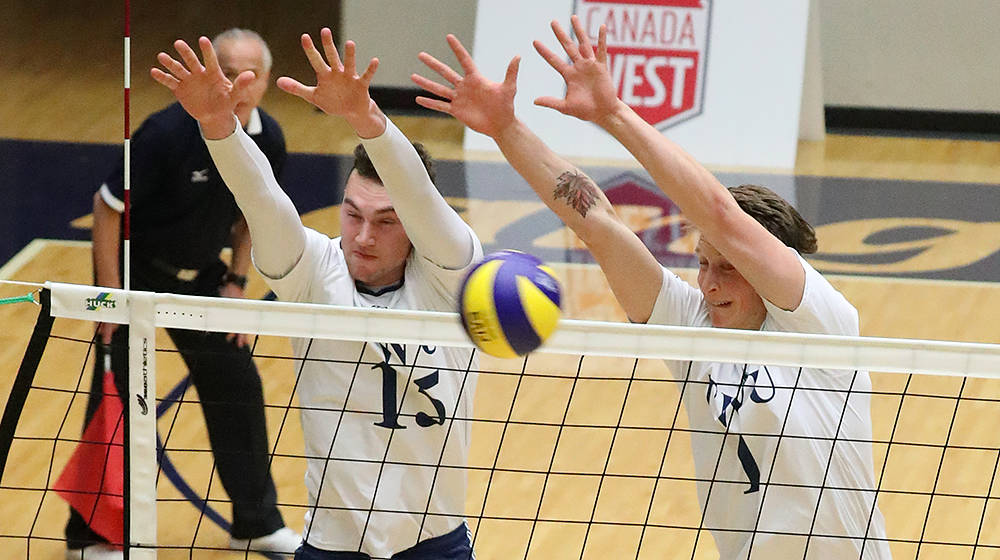 TWU’s Jacob Kern (left) and Pearson Eshenko team up for the block during the Canada West gold-medal game at the LEC. Scott Stewart TWU Athletics 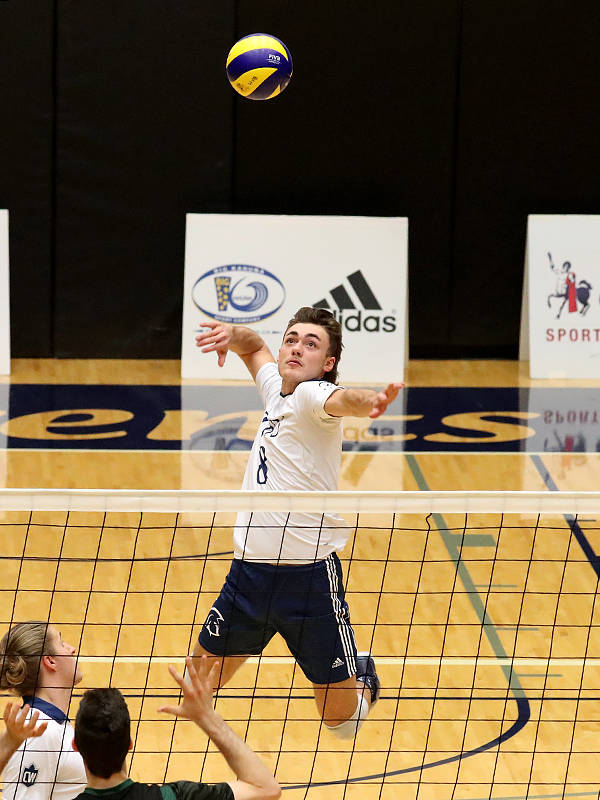 Canucks come from behind to topple Islanders in OT