This past weekend the Aldergrove Youth Soccer Association hosted the BC Coastal Soccer Championships for the third year running at Aldergrove Athletic Park.

These games determine who represents the Lower Mainland and Vancouver Island region at the BC Provincial Championships in early July.

Out of 24 games from ages U13 to U18, local teams did very well to win five berths in the finals.

Fraser Valley Selects won the boys’ U18 and girls’ U17 A cup berth. Langley United won the U16 boys’ A cup and U18 girls’ B cup berths. Abbotsford Soccer Association’s U15 boys won the B cup berth. 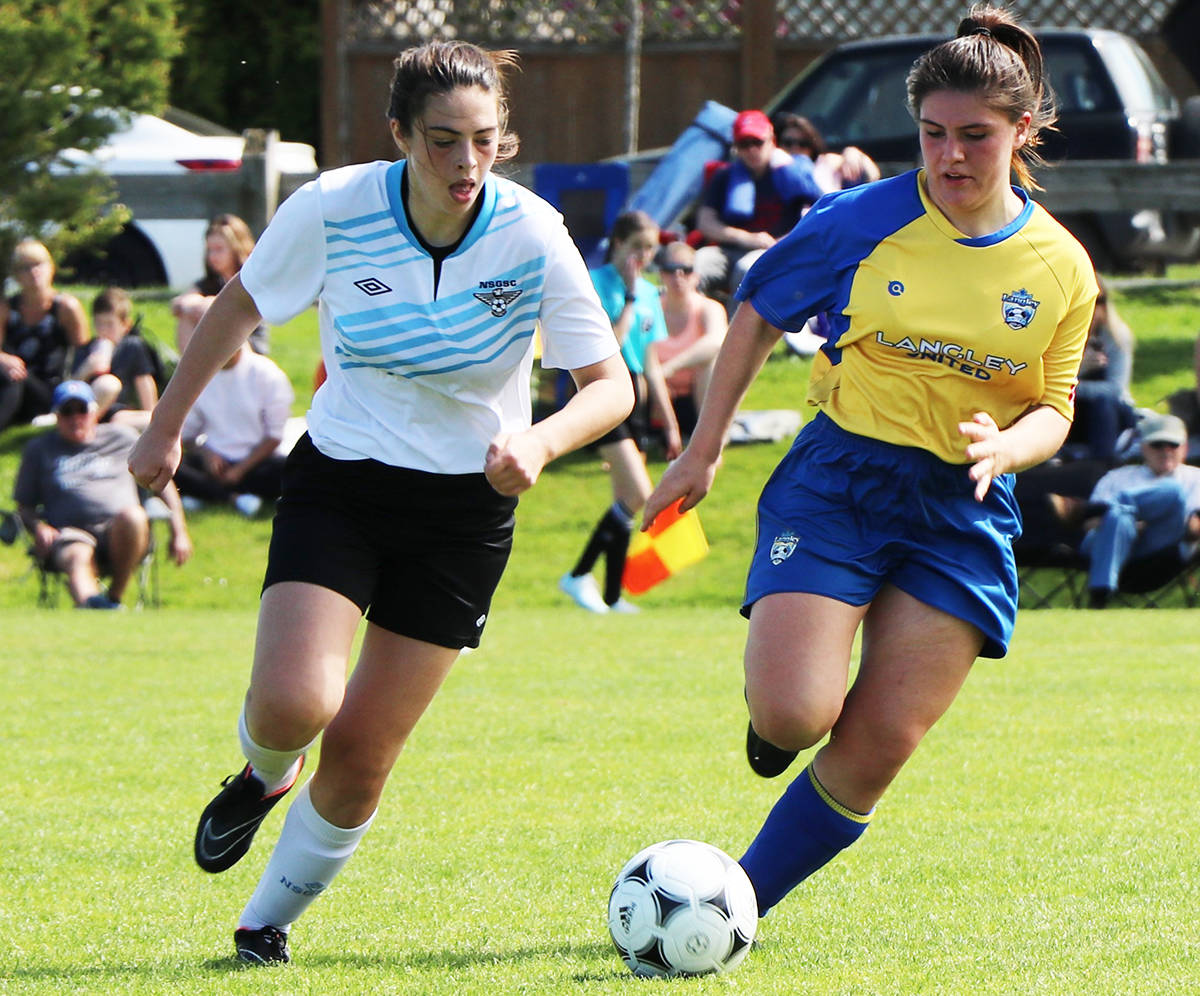 ART BANDENIEKS PHOTO Langley United’s U18 girls defeated the North Shore Vipers 3:2 in BC Coastal Cup soccer action over the weekend at Aldergrove Athletic Park. Winners go on to represent the region at the BC Provincial Championships in early July. 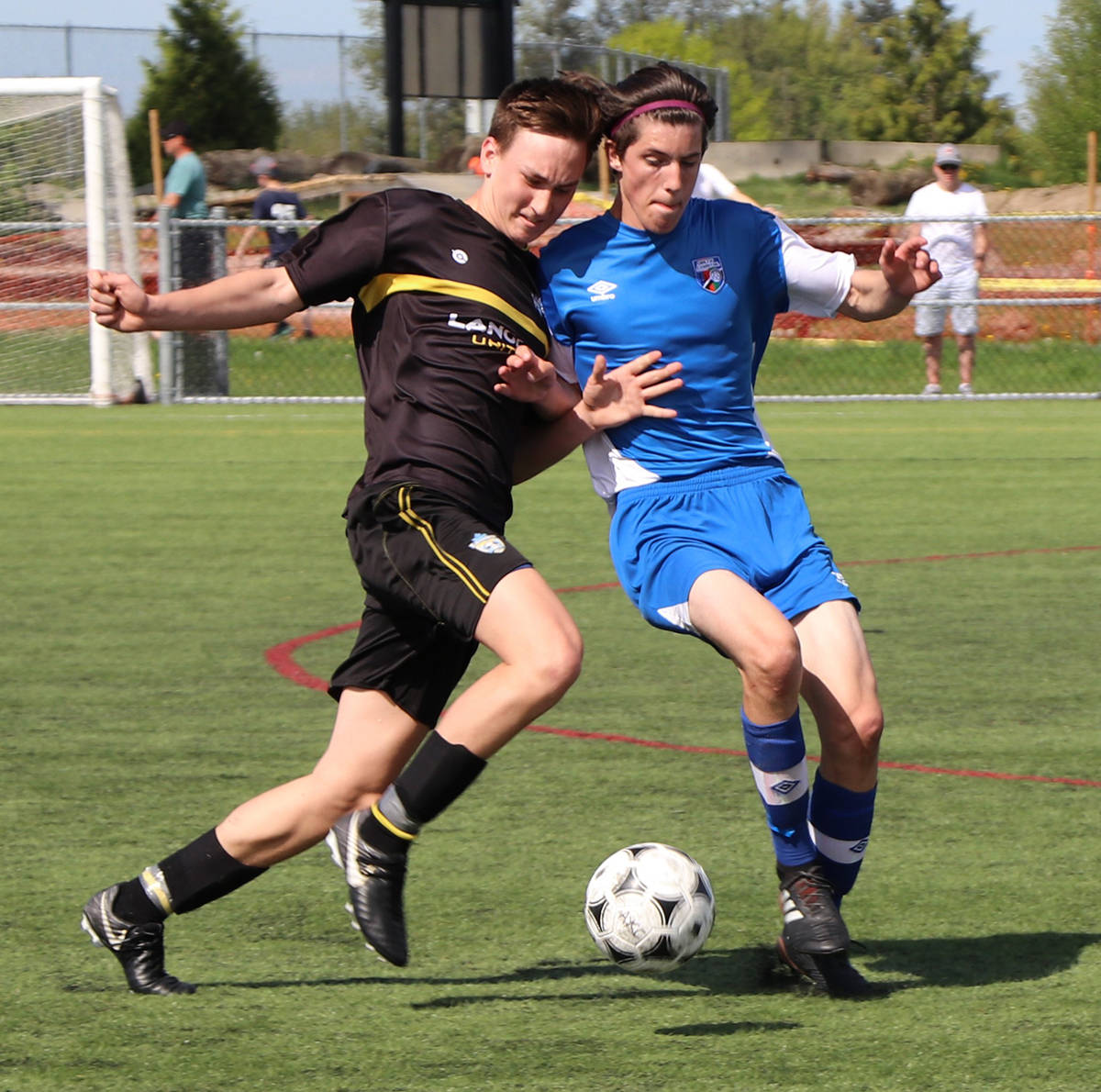