Vancouver Giants took game one of a three-game mini-series over the Victoria Royals.

With the two B.C. Division rivals locked in a heated battle for second place – and home-ice advantage in the first round – the Giants scored a 3-0 win over the Royals on Friday night (Feb. 28) at Langley Events Centre in front of 4,083 fans.

Trevor Longo scored in the first period with Bowen Byram and Milos Roman (into the empty net) adding third-period markers.

The Giants dominated the first period, outshooting Victoria 17-6 over those 20 minutes and 35-18 for the game.

“We played well in the first period. We did a great job of sustaining pressure,” said head coach Michael Dyck. “We played the way we needed to play. We know we can be better, though, and we’ll have to be better tomorrow [Saturday] in Victoria. But it was a good start to the weekend.”

Trent Miner stopped all 18 shots for his first shutout of the season.

“We played well, but we still have more to give.” – @BowenByram after tonight’s 3-0 win over Victoria at home. pic.twitter.com/yJkunKMX7l

All three stars of the game were Giants: Bowen Byram, Trevor Longo and Trent Miner.

RECAP: Friday at home the Giants skated to a 3-0 victory over the Victoria Royals. @BowenByram had two points and @trent_miner made 18 saves for the shutout. The two teams will meet again tomorrow night on the Island.

The Giants are now 5-3 against Victoria this season and have won four straight meetings.

Next up, the teams head to Victoria to wrap up the three-game miniseries with games on Saturday and Sunday. 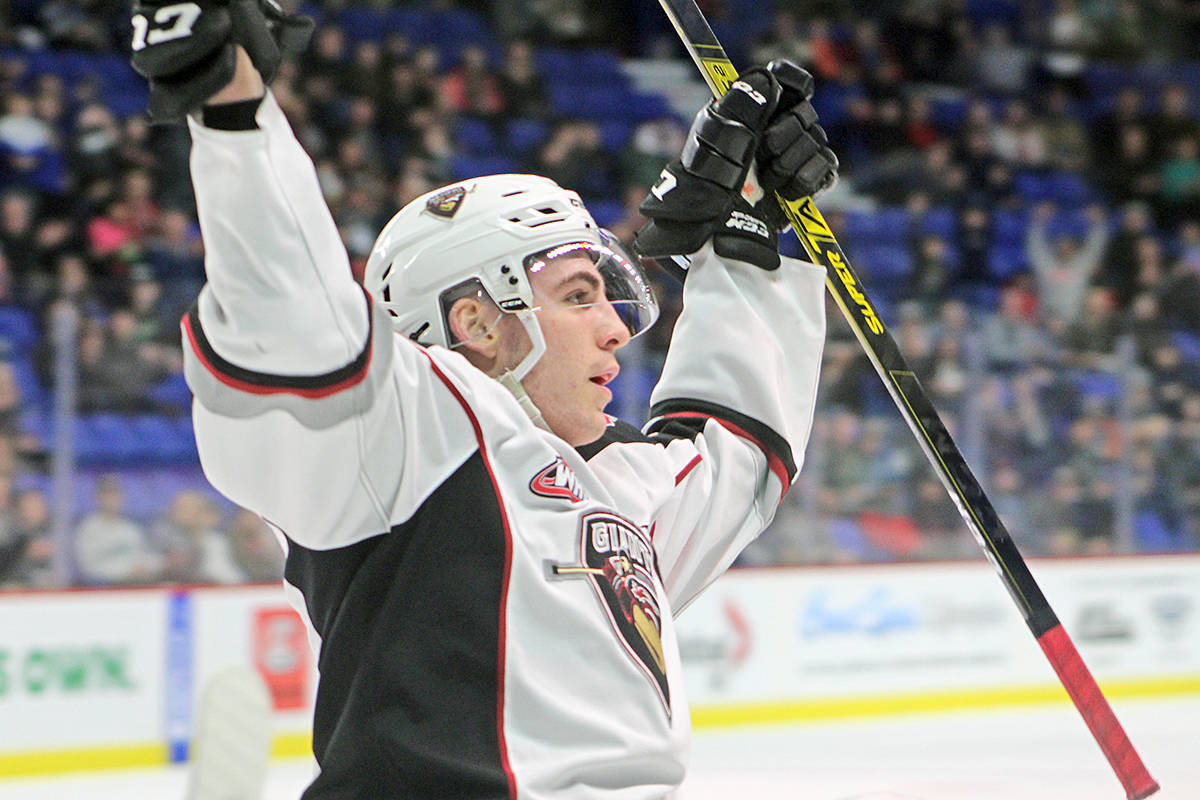 Trevor Longo scored in the first period to put the Giants ahead of the Victoria Royals Friday night (Feb. 28) at Langley Events Centre (Rob Wilton/special to Langley Advance Times)