Daniel Coyle said his victory at the Longines FEI Jumping World Cup in Langley on Sunday was the result of sticking to his plans for the course.

That, and a bit of luck.

Coyle, from Ireland, managed to get past a troublesome final jump at Thunderbird Show Park that had most riders pulling down a railing.

“It was definitely not the hardest jump on the course but it came down the most, I would say,” Coyle told a post-victory press conference.

He came uncomfortably close, himself, when he felt his horse contact a railing that managed to stay put.

“Actually I had a very lucky rub on the second to last jump,” Coyle said.

“You have to have a little luck, I suppose.”

After seeing several fellow competitors fail to clear the barrier, Coyle resolved to stick to his plan of attack for the course, rather than attempt a last-minute adjustment for the fall-prone barrier.

“That was my strategy,” he said, “not to get caught in what everyone else is doing. Thankfully, it worked.”

Coyle was pleased with the performance by his relatively young horse.

“Give him another year’s time and he’s going to be a top horse,” Coyle predicted.

“He’s still a little green but he’s proven himself to be a real horse with a real future.”

Coyle, as first-place finisher, won $47,500, while Cruciotti’s share was $29,00 for second and $21,750 for Smolders, with the remainder shared among the other top-place finishers.

Thunderbird President Jane Tidball said after all the seats in the stands and other viewing areas sold out, tbird offered “bring your own seat” tickets to make sure fans who wanted to see the action got in.

It was the fifth time Thunderbird Show Park has hosted the $145,000 event.

In addition to the substantial cash prize, the event also awarded coveted qualifying points for the 2020 Longines FEI Jumping World Cup Final, which will take place in Las Vegas, in April. 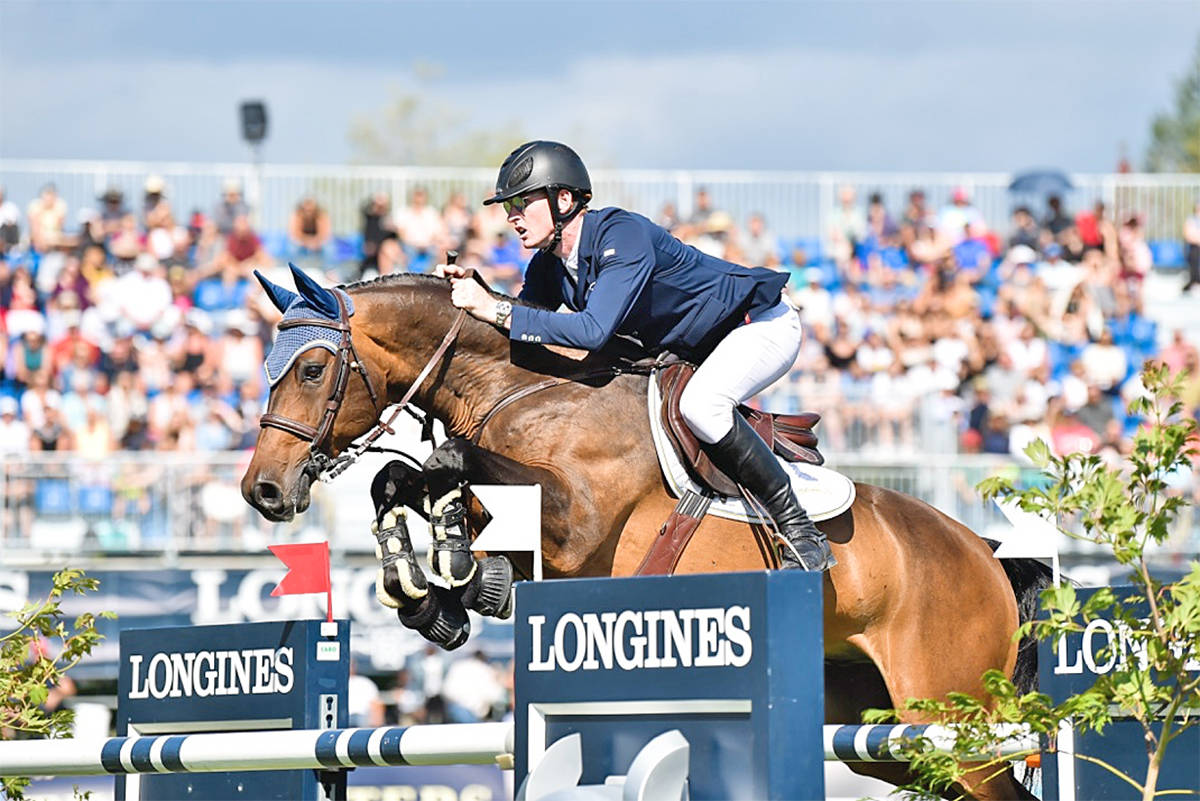 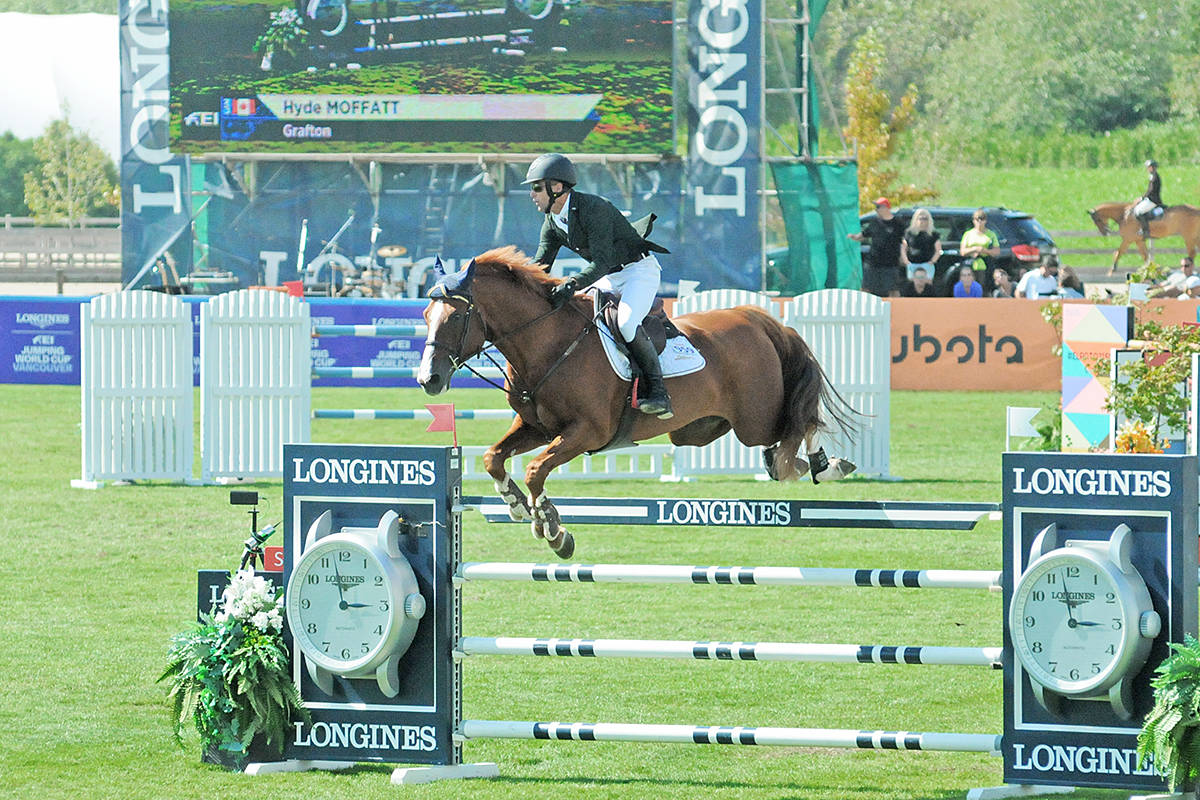 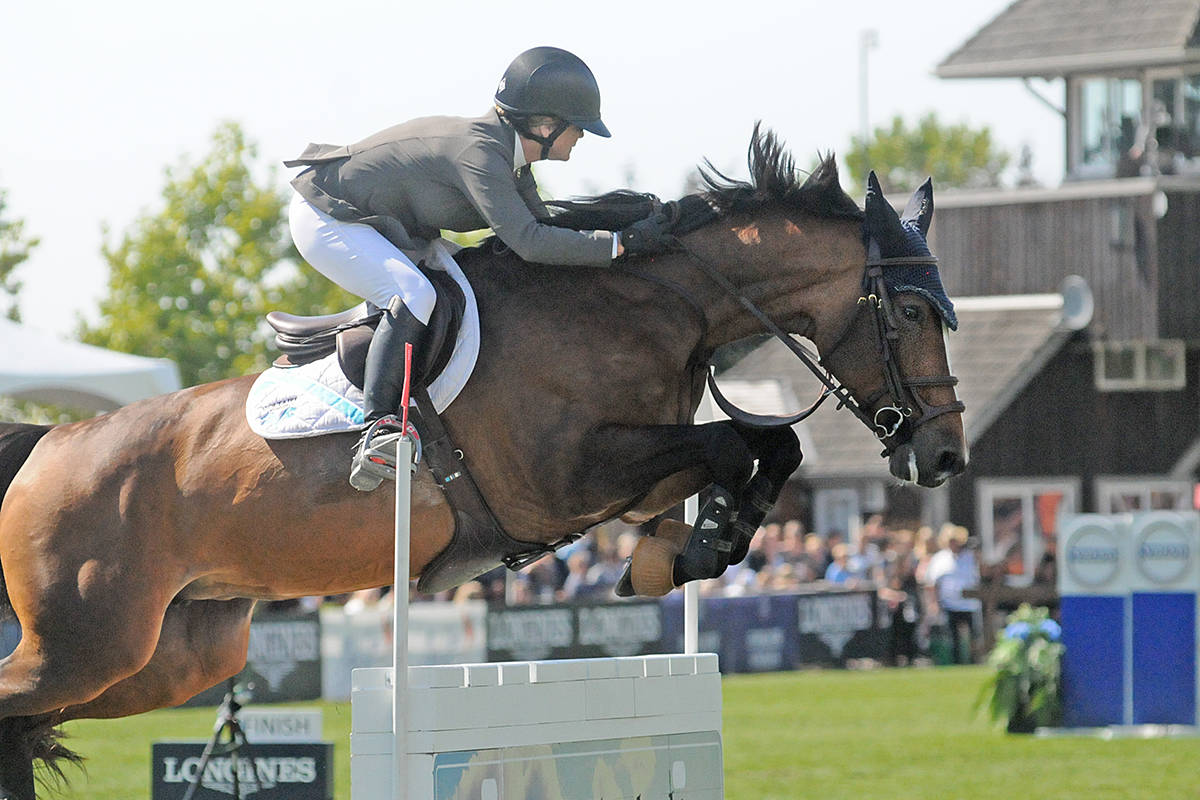 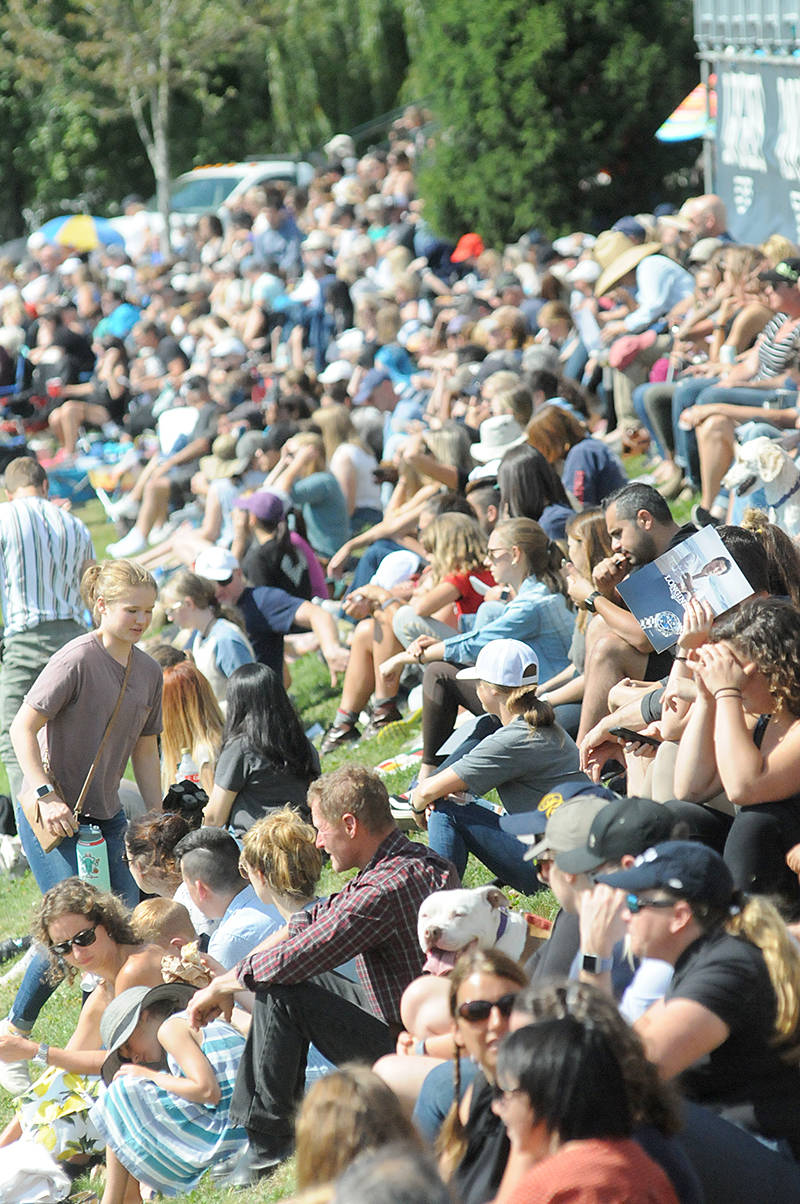 At the last minute, a sold-out tbird offered “bring your own chair” tickets to accommodate extra attendees. (Dan Ferguson/Langley Times) 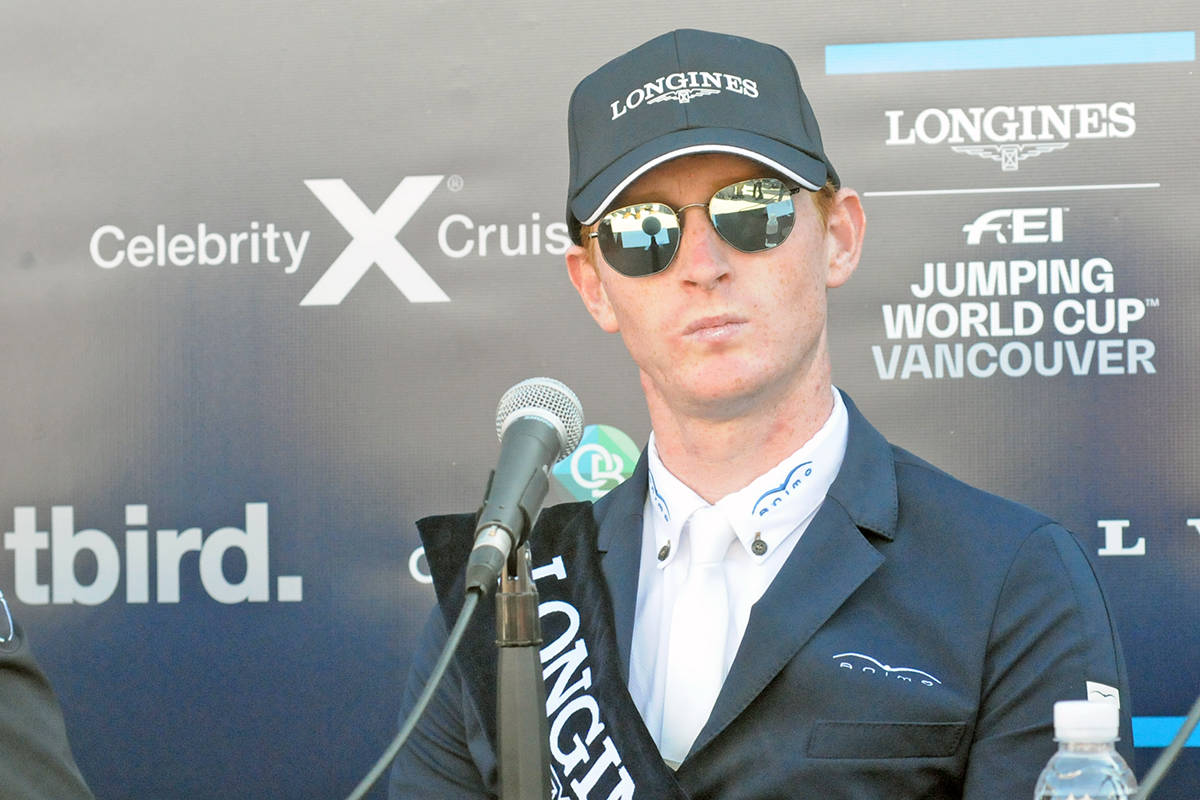