In the final grand prix event of the 2021 season at Thunderbird Show Park, Foster, a rider with deep roots in Langley, brought out her most accomplished horse and rode to her best result at the venue this year.

“He’d go faster than that if I let him,” Foster said of Brighton.

“I just can’t express how much love I have for him. [Brighton’s owners] the Ziegler family [of Artisan Farms] never wanted to push him more than what he was good at. I think that we’ve really managed him well, and I think the results show that.”

“Brighty” has been a star in Foster’s stable, and even at 15, the gelding is still winning with consistency.

The pair came in to the BCHJA Fall Finale off a brief rest after capturing three international wins, including the RBC Capital Markets Cup last month at Spruce Meadows in Calgary.

They have won six FEI events since July.

“I try to protect him now and just really aim for the classes that matter,” Foster said. “So, I gave him last week off and let him rest and then aimed him for this week. And yet again, he delivered.”

“That’s his third grand prix in a row that he’s won. He’s just an unbelievable horse,” Foster said. “I don’t think I’ll ever ride a horse like him again.”

A year ago, Kate Walkington and Clarimero T were a new partnership just getting to know one another in the ring at Thunderbird Show Park—and to mixed results. 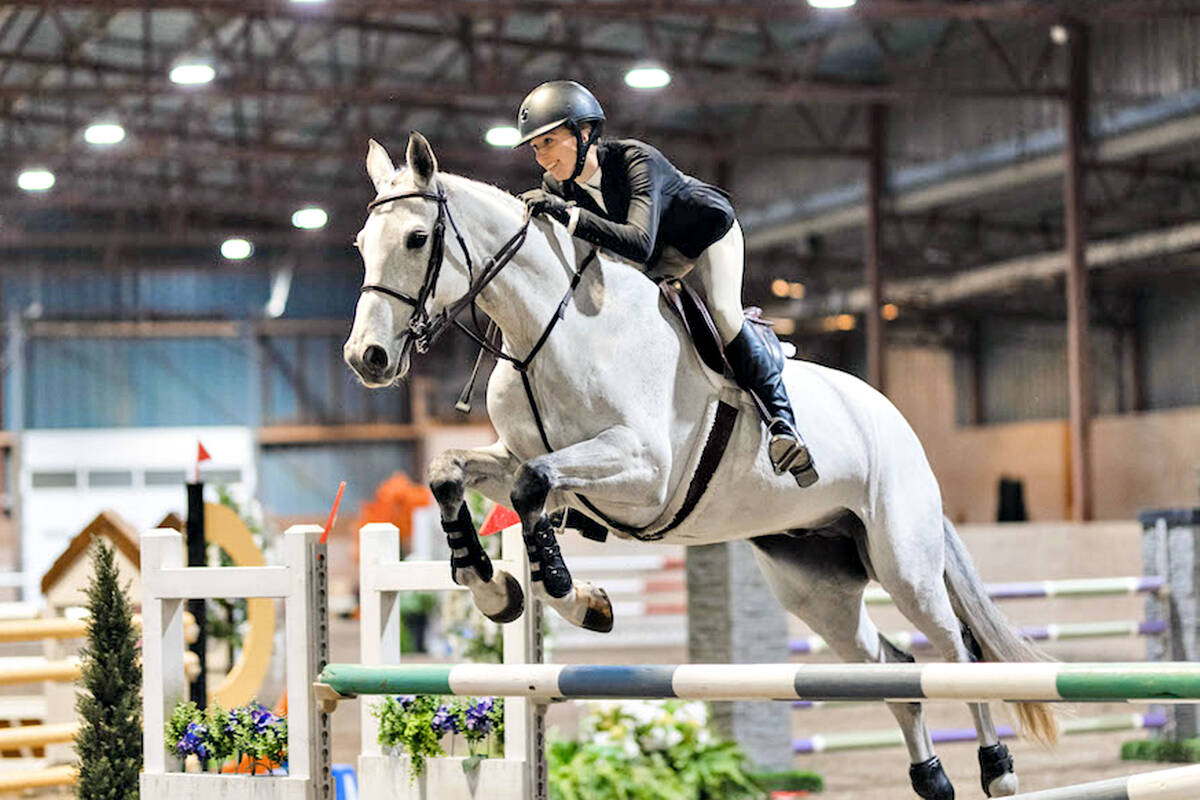 “I got him just over a year ago. We were kind of playing around in all three rings, doing the hunters, jumpers and the equitation,” Walkintyon, 16, shared. “Last year at this horse show, we were struggling to get around the meter jumpers and the 3’3” hunters.”

The CET Regional Medal Final, sponsored by Butet Sellier, is a jumper style equitation class open to the top 20 riders, ages 21 and under, in the BC region. The Final features two phases—flat/gymnastics and jumping.

“It was all honestly super unreal,” Walkington said. “We went in there with a top six [goal]. To go in and win it was incredible. It’s not something I thought would happen, especially in my first year doing the medals.”