It went beyond 60 minutes, but Justin Sourdif earned the Vancouver Giants the crucial second point as they knocked off the visiting Edmonton Oil Kings 5-4.

Sourdif struck for the winner at the 2:57 mark after Edmonton had control of the puck for the first 2-plus minutes of the sudden-death period on Saturday night on home ice at Langley Events Centre.

The game also featured some late game drama as Edmonton’s Carter Souch was awarded a penalty shot with 2.1 seconds to play but his attempt hit iron and stayed out, much to the delight of the 4,077 fans in attendance.

Despite that failed attempt, it looked like Edmonton was going to pick up the second point as they had control of the puck for the first two-plus minutes of overtime before the Giants finally got their chance and Sourdif (on a set up from Bowen Byram and Dylan Plouffe) beat Todd Scott for the winner at the 2:57 mark.

It was one of two helpers on the game for Plouffe as the defenceman also finished a game-best +4.

A first star performance from @tristen_080 tonight after a 5-4 Giants OT victory over Edmonton. pic.twitter.com/cCInG8dPiT

“We were just patient in overtime. They had possession of the puck and we did a pretty good job of saying in position and then capitalized on our opportunity,” said Giants coach Michael Dyck.

Early on, it looked the game was going to be an easy two points for the Giants as they led 2-0 after one period on goals from Milos Roman and Cole Shepard and they were doubling the Oil Kings – who played the night before in Victoria – 16-8 in shots on goal.

Nielsen made it a 3-0 goal at the 14 second mark of the middle frame but Edmonton, which entered the game ranked eight in the most recent CHL Kia Top 10 rankings, battled back to cut the lead to one after 40 minutes and then tied it up at 7:22 of the third.

Nielsen would put the Giants back up by one before Josh Williams scored the Oil Kings’ second power-play goal a few minutes later to set up the overtime finish.

The game was a stark contrast to the Giants last time on home ice when they fell 6-0 to Lethbridge on Nov. 17 in one of the team’s poorest efforts of the season. They followed it up with a 3-1 loss three nights later in Portland.

The team was much better in Portland but they failed to capitalize on their opportunities, which was not the case against Edmonton.

“After Sunday, we couldn’t expect to turn things on like a light switch. It happens from playing the right way. We got off to a great start tonight,” Dyck said. “(Tonight) was a great first period and I’m really happy we found a way to win at the end of the day.”

Special teams were huge in the game as Edmonton went 2-for-6 on the power play while the Giants were blanked in all six of their attempts. Both teams scored once short-handed.

Nielsen, Roman and Edmonton’s Riley Sawchuk were the game’s three stars. Nielsen finished with two goals and three points, while Roman and Sawchuk each had a goal and an assist.

Edmonton outshot Vancouver 36-31 for the game, including 28-15 after the first period.

The Oil Kings dominated in the face-off dot with a 41-21 advantage.

The Giants now hit the road for three games with their next home contest December 6 when they host the Spokane Chiefs. 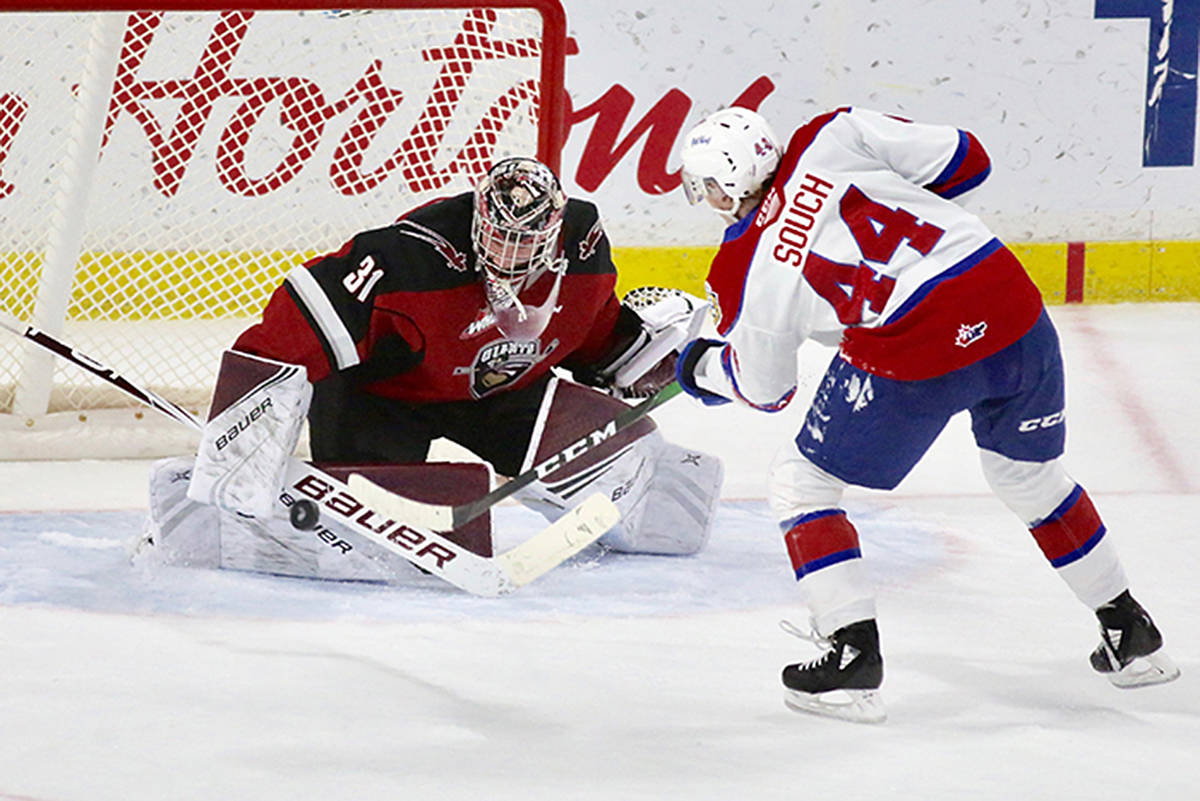 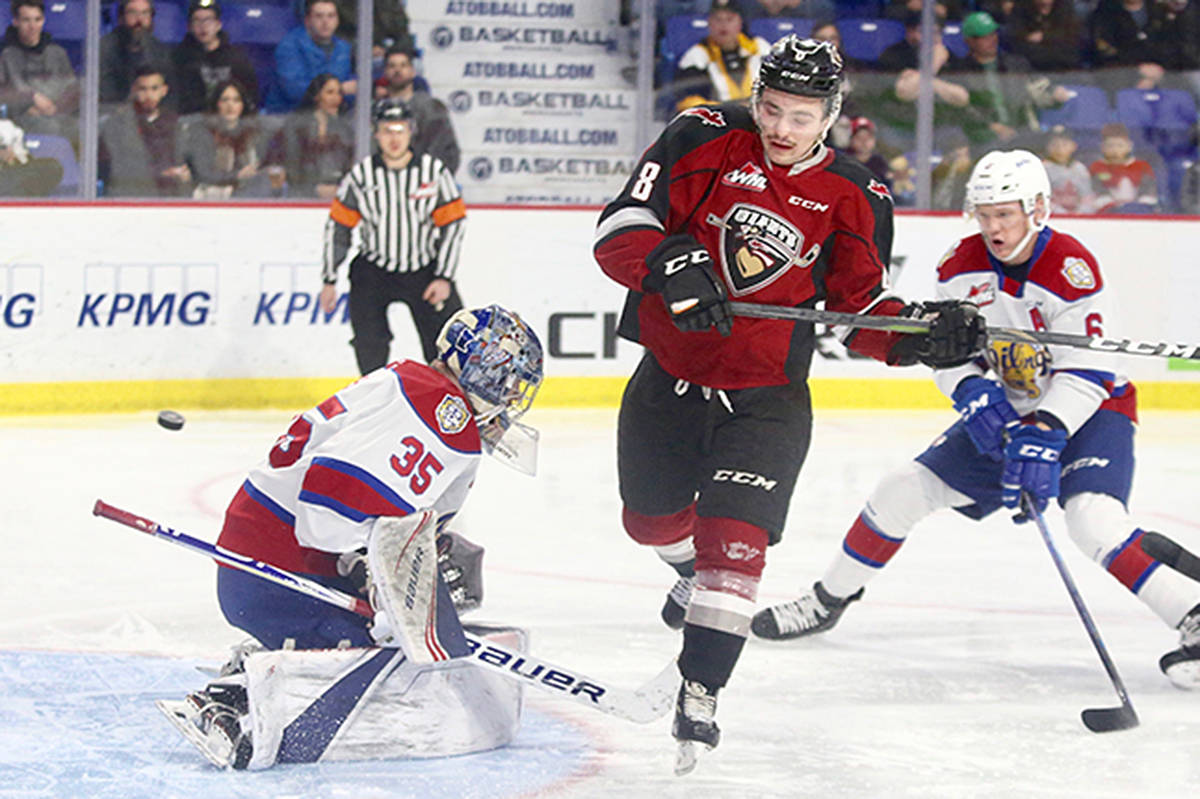 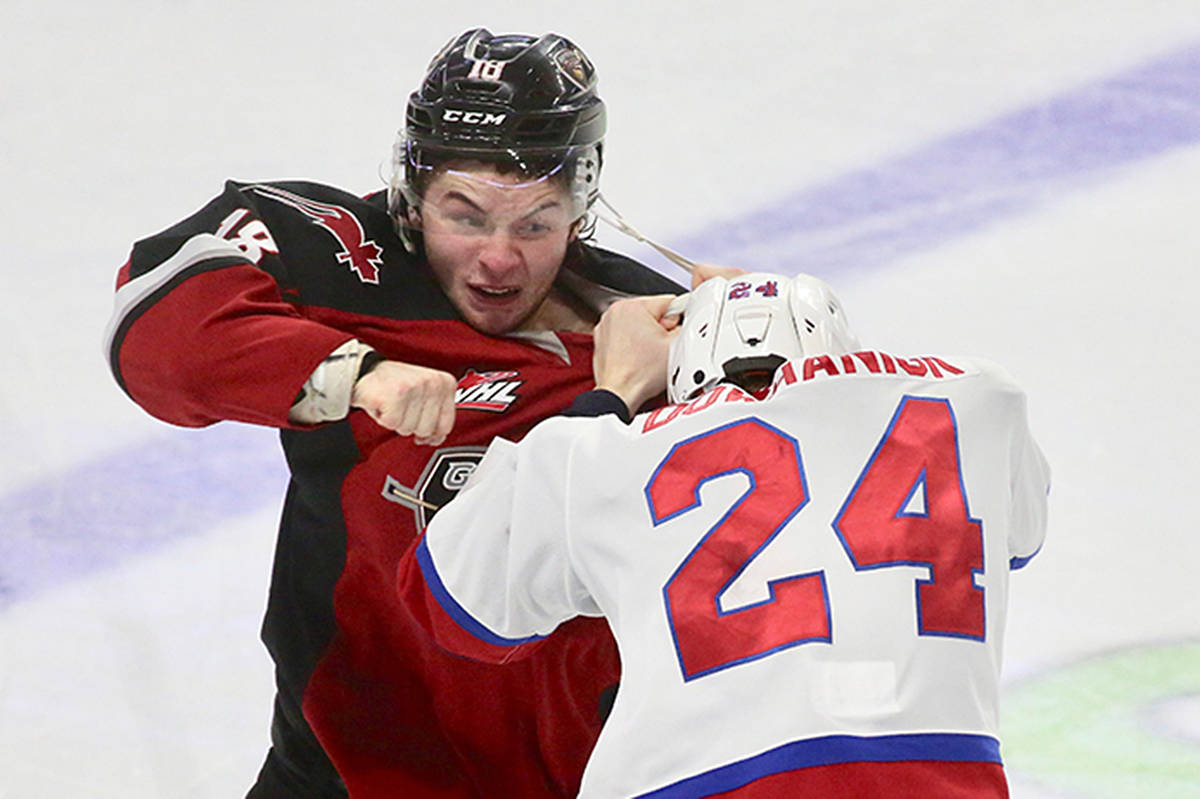 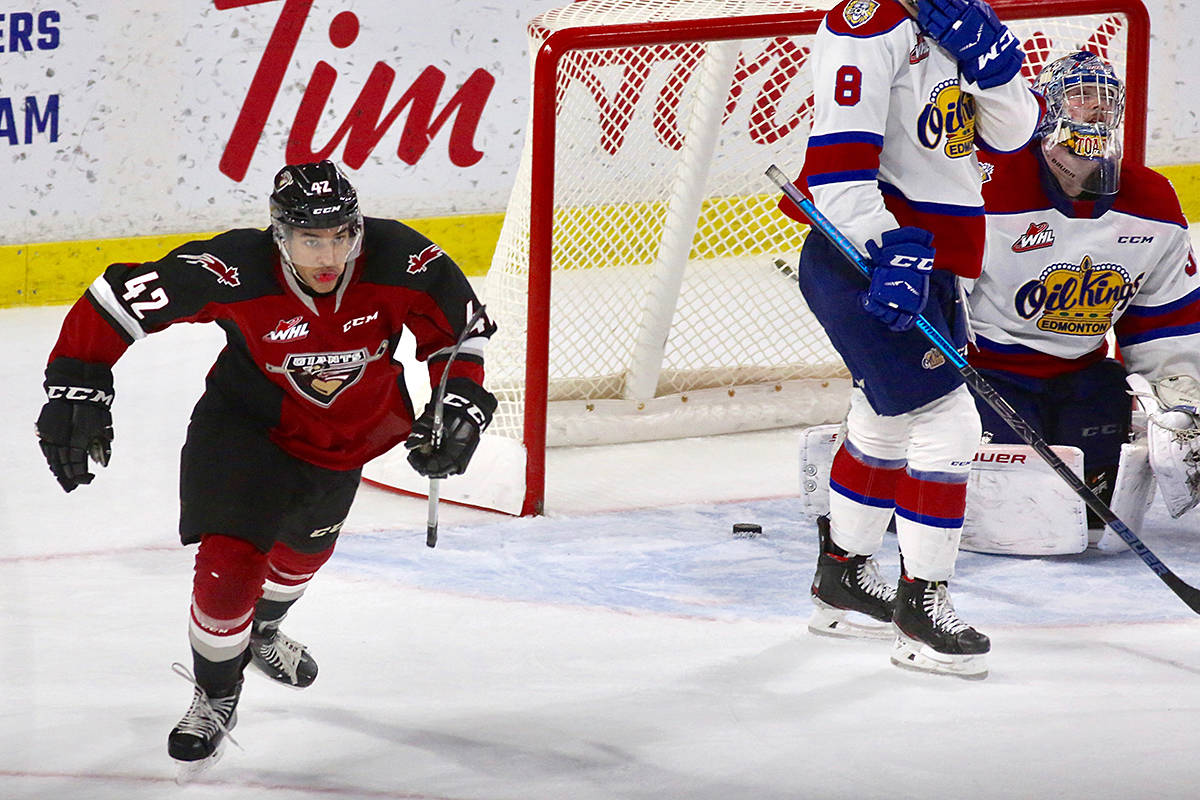 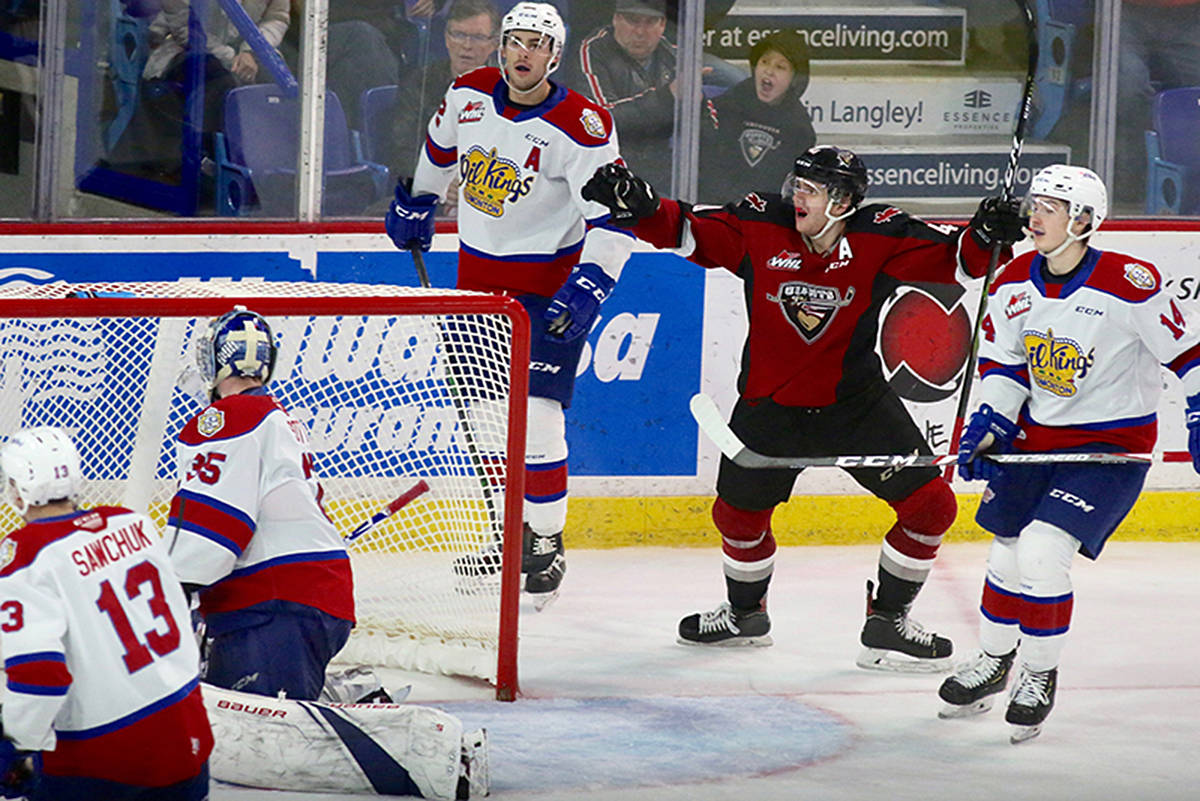 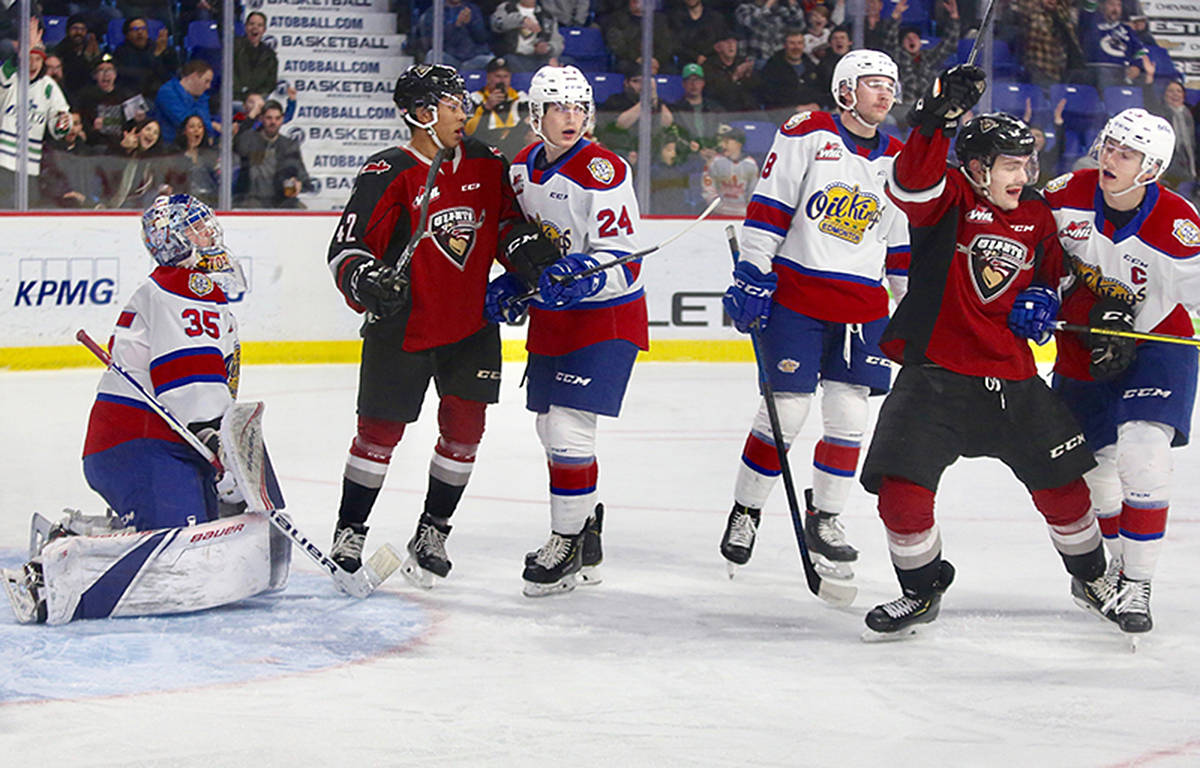