Vancouver Giants are back in the win column thanks to some overtime heroics and some stellar goaltending.

Wednesday night in Portland, the Vancouver Giants earned a 3-2 overtime victory over the Winterhawks. That means Vancouver’s record against Portland is now 2-0 this season.

Alex Cotton netted his fourth career overtime winning goal at 3:30 of extra time to clinch the Giants third road victory of the season.

The G-Men (8-7-1-0) got regulation goals from Payton Mount and Justin Sourdif.

In goal Jesper Vikman was described as “superb” for the Giants, turning aside 41 shots to give him his seventh win, explained Giants media relations spokesperson Dan O’Connor.

The Winterhawks responded with goals from Gabe Klassen and Luca Cagnoni, and 25 saves from Dante Giannuzzi.

Up next – The Tri-City Americans on Friday night.

It was the first of three away games, State side, for the Giants. Next up, they face off against the Tri-City Americans in Kennewick, Wash. on Friday night. They’re then in Spokane, to take on the resident Chiefs on Saturday night, before returning to this side of the 49th Parallel to play the Rockets in Kelowna on Wednesday, Dec. 1, and then the Kamloops Blazers back in Langley on home ice on Friday, Dec. 3.

Tickets are available online for their home games at Langley Events Centre.

VAN – 14 seconds into the game, Payton Mount tucked home his fourth goal of the season for the Vancouver Giants off an offensive zone faceoff victory. Zack Ostapchuk and Adam Hall both earned the assists.

POR – Gabe Klassen answered for the Portland Winterhawks at 14:50 off the power play rush. Klassen took a feed at center, crossed the blueline and fired a low shot past Jesper Vikman’s glove for his team-leading eighth goal.

POR – At 14:24 of the middle frame, defenceman Luca Cagnoni gave Portland a brief lead during four-on-four play. Tyson Kozak beat a Giants defender wide, spun to his right and centered a nice pass to Cagnoni who did the rest, beating a sprawled Jesper Vikman for his second of the season.

VAN – One minute and 40 seconds later the Giants answered with a power-play goal courtesy of captain Justin Sourdif. Sourdif took a feed along the left-wing, made a move to the slot and wired a shot past the blocker of Dante Giannuzzi for his seventh goal. Ty Thorpe and Alex Cotton both earned helpers on game tying goal.

VAN – With 1:30 remaining in overtime, defenceman Alex Cotton followed up a Justin Sourdif rebound and knocked his seventh goal of the season (and fourth career overtime game winner) into the open net, securing the Giants’ eighth victory of the season.

– The Giants recorded their first victory in Portland since Feb. 14, 2018.

– Justin Sourdif now has nine multi-point games on the season and leads the Giants outright with 23 points. 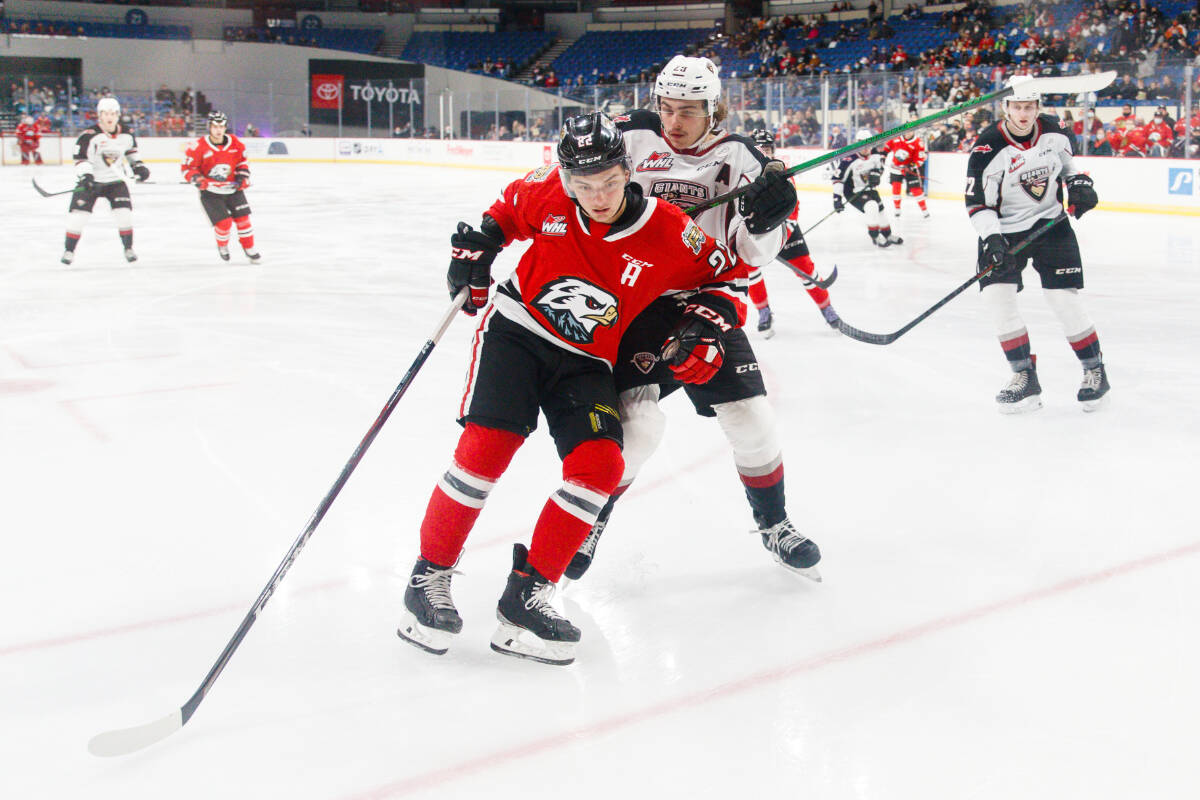