One of the best BMX tracks in North America, the Langley oval near George Preston rec centre, held its last big ride on the weekend (July 13-14) before it hosts the provincial championships.

About 160 riders competed in qualifying races at the Langley track.

Some came as far away as Miami to take part, said Bea Lindsay-Hawkins, the vice-president of Langley BMX, the non-profit body that operates the track at 4375 206th St.

Riders must compete in four qualifiers to compete in the provincial championships, Lindsay-Hawkins explained.

Langley was awarded the provincial event as the best in BC, measured by a point system that ranks tracks based on things like number of competitors and other qualities

“You have to earn the right,” observed Lindsay-Hawkins.

Langley’s 41-year-old BMX track is rated one of the top 10 in North America, as rated by the sport’s governing body, the only Canadian track to do so.

Its success is in no small part due to the family-friendly atmosphere and the fact that many of the volunteers have been organizing events for years.

At the weekend qualifiers, Lindsay-Hawkins recognized almost all of the younger riders from previous events.

Provincial BMX championships get under way Sunday, Sept. 1 at 11 a.m.

About 3,000 people, including more than 300 riders are expected to take part.

More information about the sport can be found at www.langleybmx.ca/. 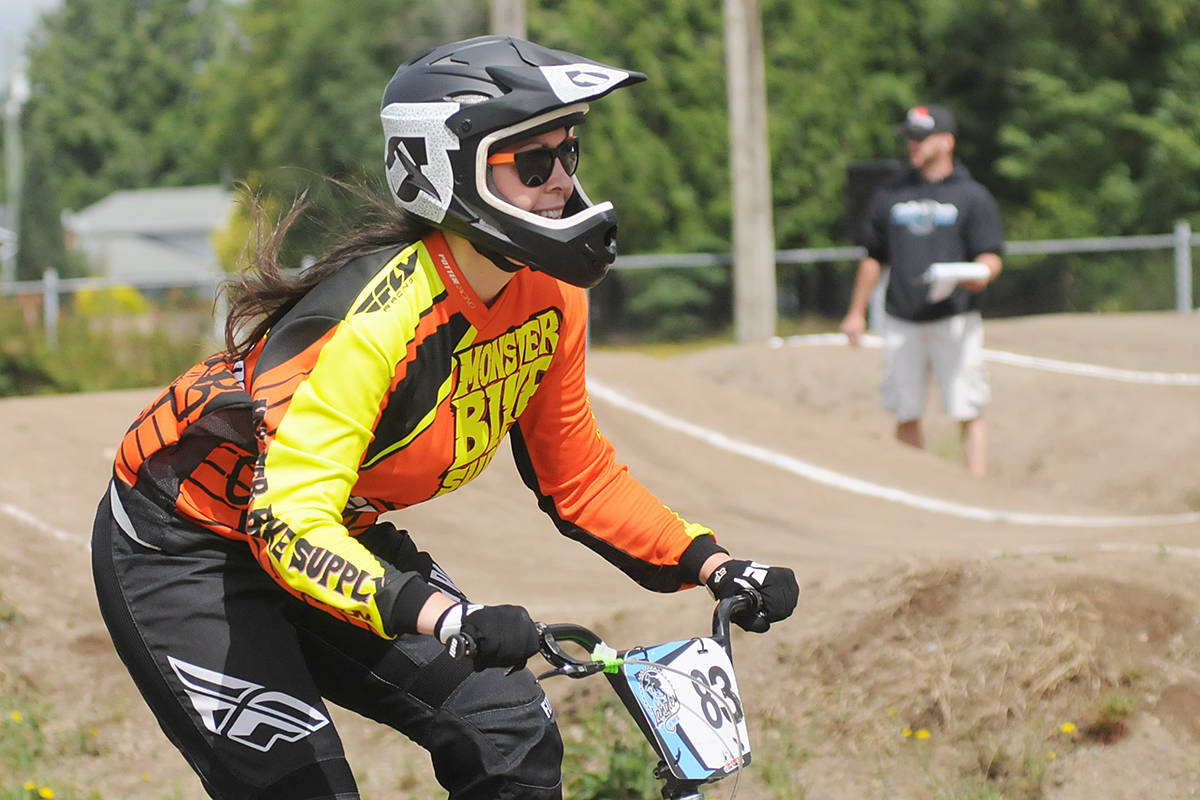 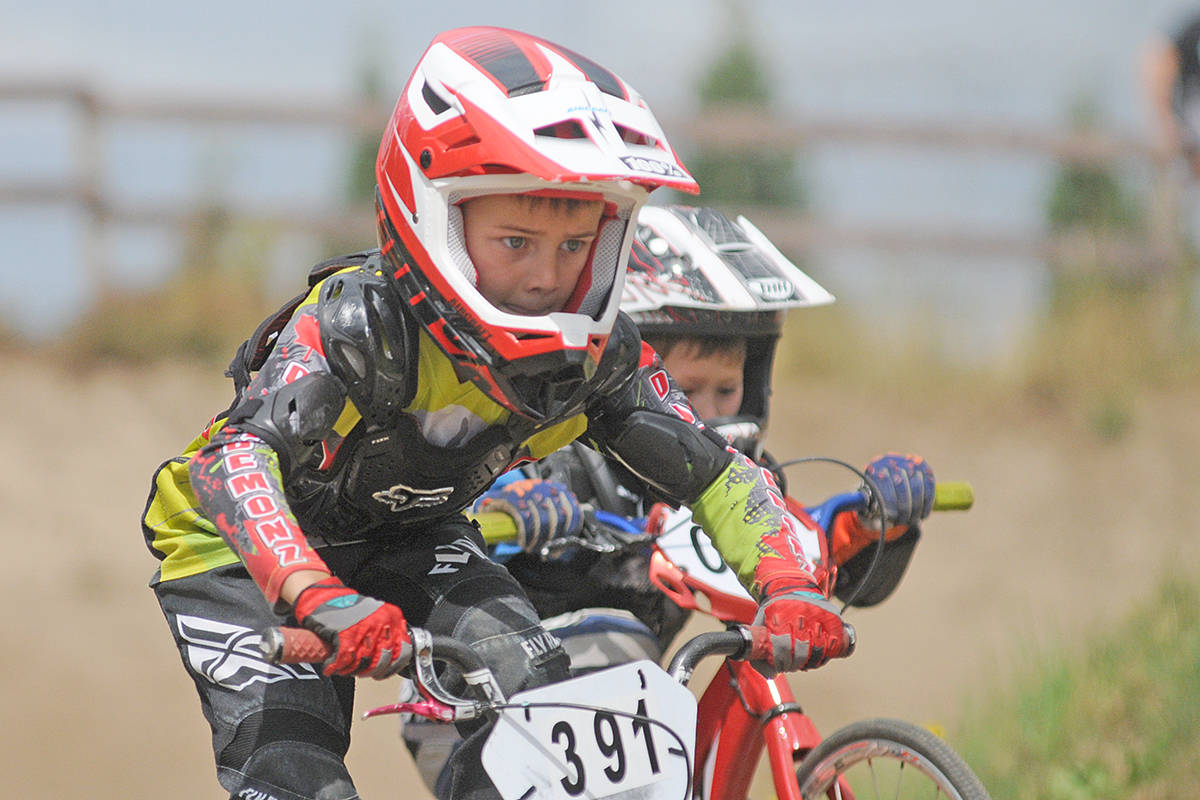 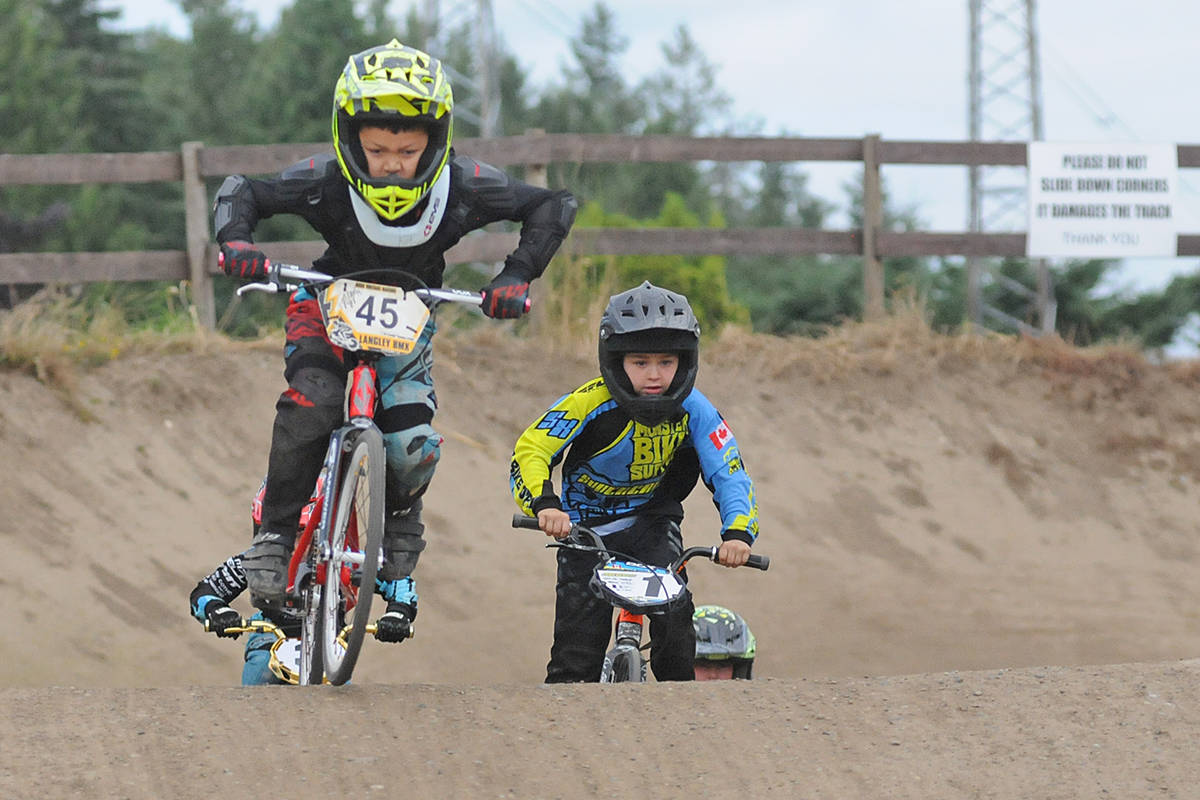 Charles Nesbitt (45) and Hunter Lutman (1) both from Langley, finished first and second in their class. (Dan Ferguson/Langley Advance Times) 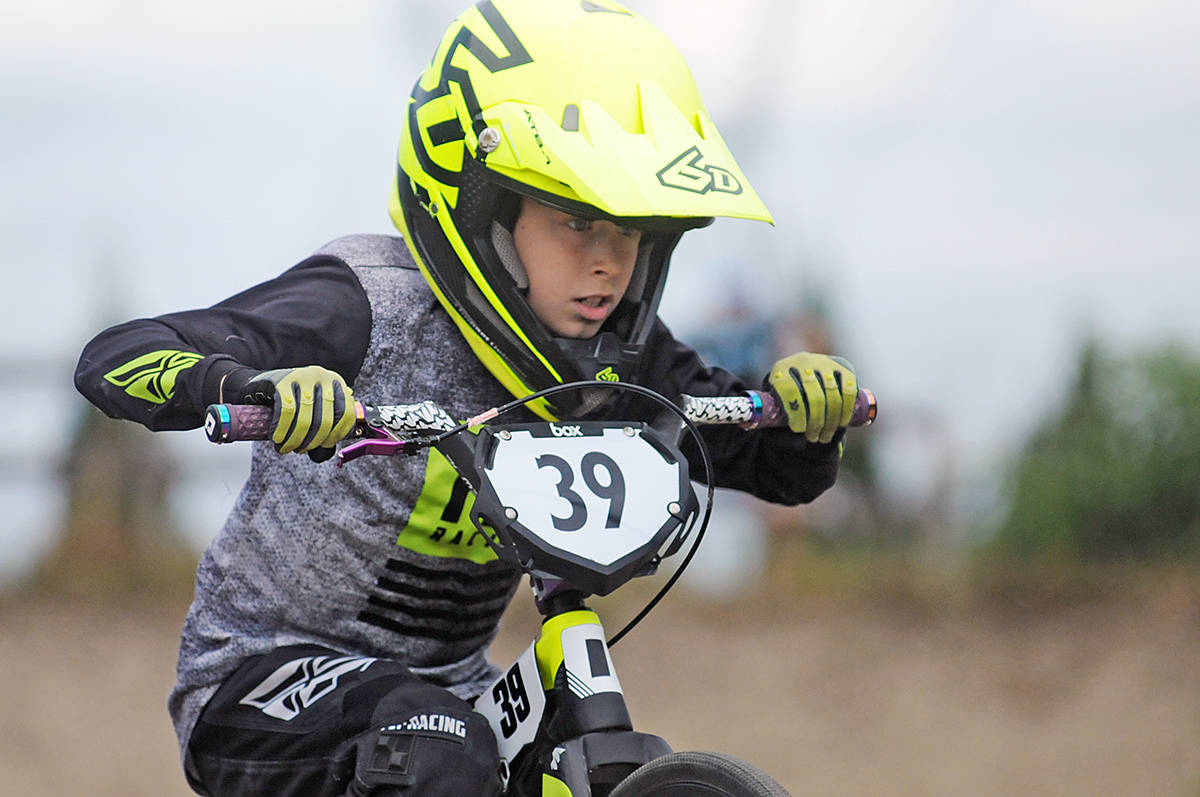 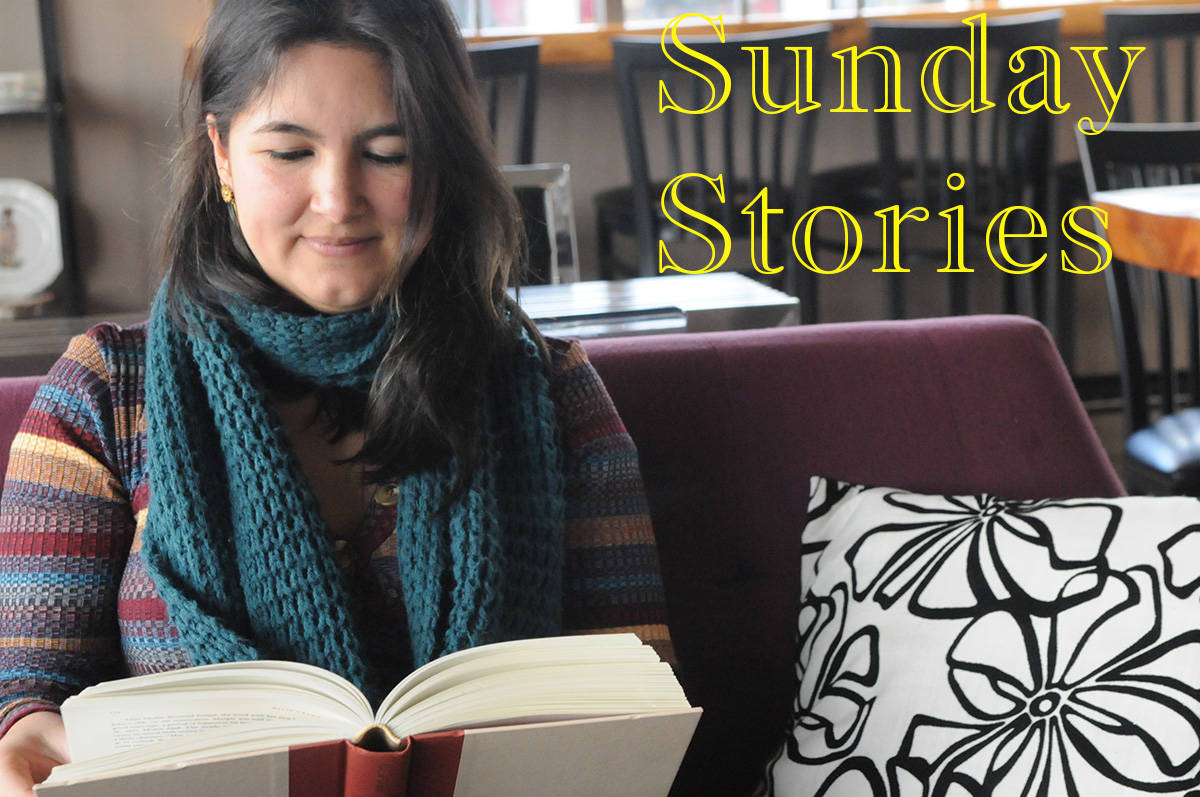