These days, when Murrayville resident Greg Powell goes golfing, he wears a bandanna around his neck.

When he can’t maintain proper social distancing, he pulls the cloth up to mask his face.

“When I get in close, like in the pro shop,” explained Powell, an essential service worker who is used to wearing masks on the job.

Langley City resident Richard Gendron doesn’t wear a mask, but is careful to keep his distance while on the course.

Gendron, who has been playing for more than 30 years, is happy the courses have remained open.

“It’s the one thing you can do to get out of the house,” Gendron commented.

Golf courses in Langley have been adapting to demands of life during the coronavirus pandemic, instituting rules to maintain minimum distances and even modifying equipment to reduce the possibility of transmission.

While some provinces, such as Alberta and Ontario, ordered golf courses closed during the pandemic, in B.C they were free to continue operating provided they made sure players remained physically distant.

According to one estimate, of more than 2,000 golf courses in Canada, only about 100 of them remained open, virtually all of them in B.C.believed to be in B.C.

“This is one way they can share and do it safely,” Davies noted.

Davies described golf as the perfect game for the times we live in, an outdoor sport that naturally allows space between players.

He said Newlands has been very busy since mid-April.

“We’ve had quite a few new players, people who’ve been trapped in their house and have been aching to get out and do something,.” Davies related.

“They seem to be super happy to come here.”

“It’s been pretty much business as usual, with the exception of the COVID protocols,” Davies added.

Poppy Golf Estates course near Aldergrove is telling early arrivals to wait in their cars if they get there more than 15 minutes before their tee time.

“Hole cups are upside down to reduce physical contact and there will be no ball washers or rakes,” the posted Poppy rules state.

“Do not touch the pins.”

No social gatherings of any size are permitted in the Poppy parking lot or overflow parking lot areas, and people who fail to follow social distancing policies will be asked to leave the property.

Like Newlands and Poppy, Redwoods Golf Course near Fort Langley is taking steps to prevent transmission of the coronavirus.

Redwoods is also seeing a surge in interest by people new to the game.

Like all courses, Redwoods has made changes, such as moving to online reservations only.

White said “not a lot” of the golfers playing at the Fort Langley course are wearing masks, “because there’s so much distance and it’s an outdoor thing.”

Redwoods has adopted a policy of one rider per golf cart, “unless they can prove they are from the same family,” White elaborated.

Most golfers are careful to respect distancing, White added.

“Everyone’s been very good that way.”

Back in March, British Columbia Golf (BCG) , the organization that speaks for amateur golfers in the province, drew heat when it suggested all courses ought to be closed.

“Nobody should play golf at this time,” Jonasson declared.

Doug Hawley, managing director of Redwoods fired back, saying the organization was “overstepping.” 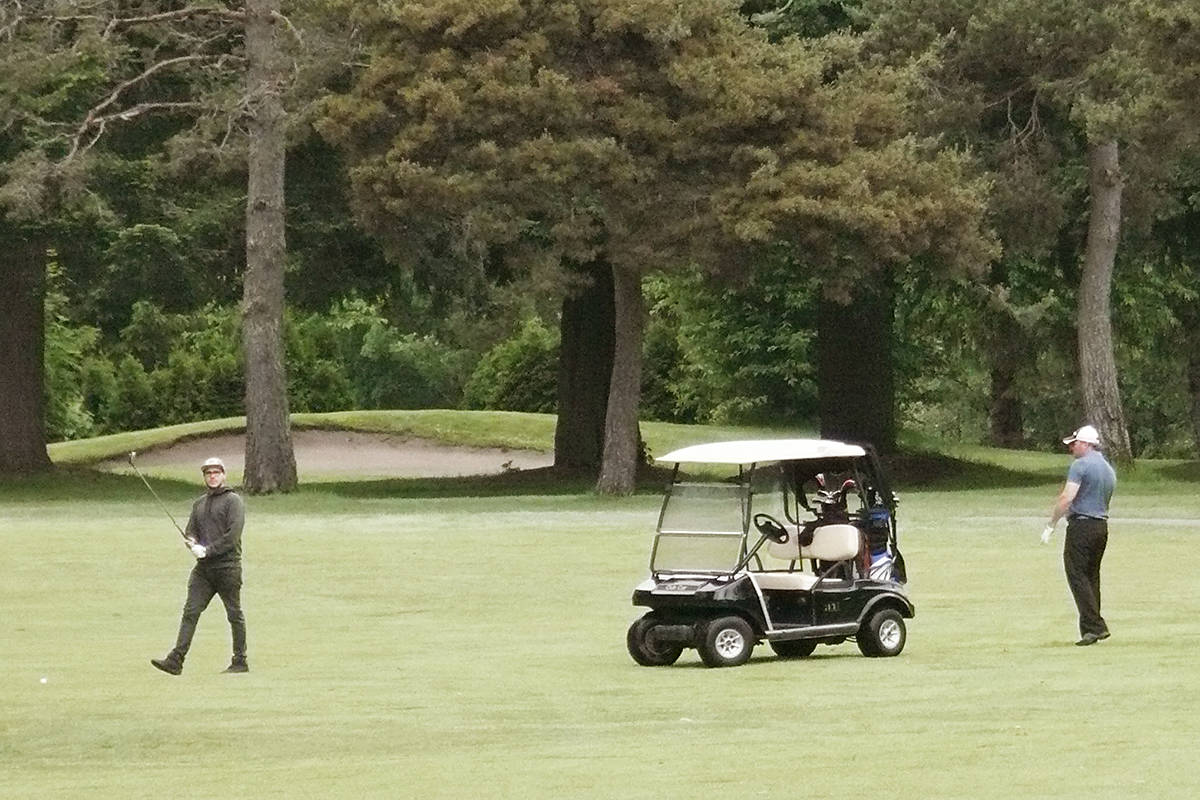 Golfers at the Newlands course were well-separated on Sunday, May 31, 2020 (Dan Ferguson/Langley Advance Times) 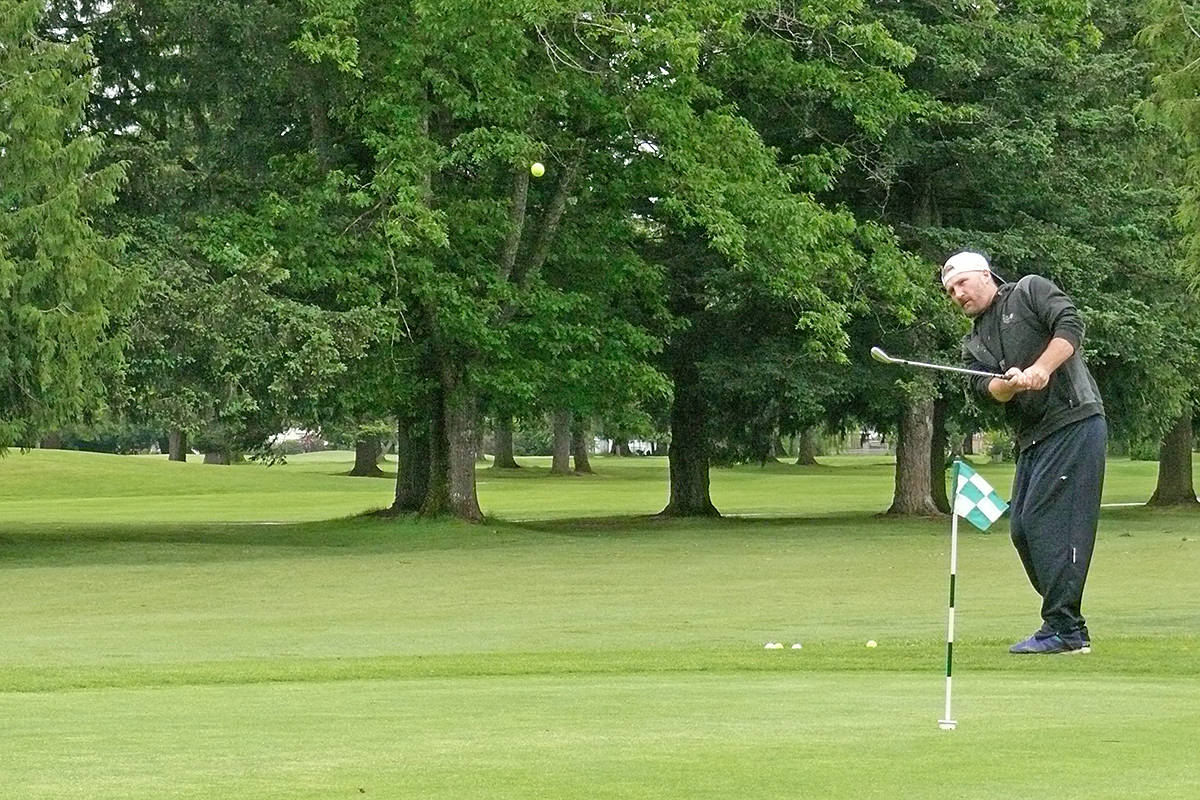 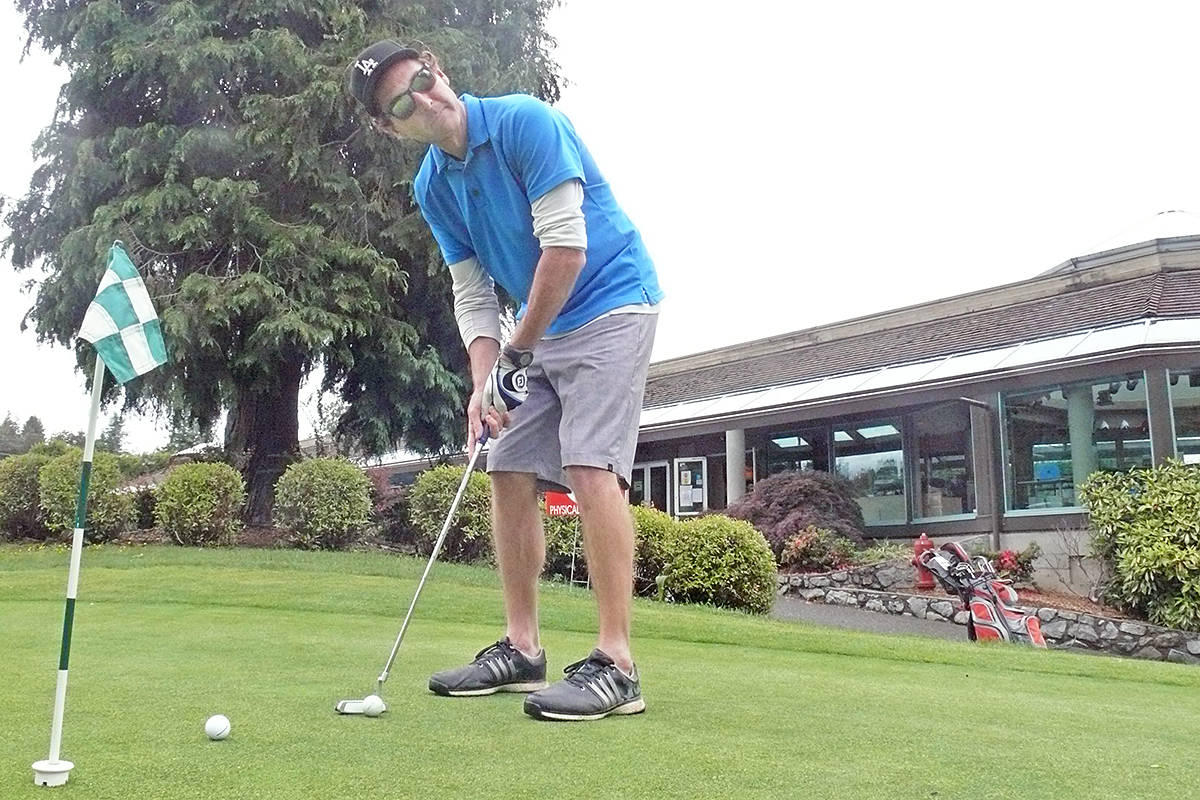 Jeff Franklin from Aldergrove lines up a practice putt at Newlands on Sunday, May 31 (Dan Ferguson/Langley Advance times) 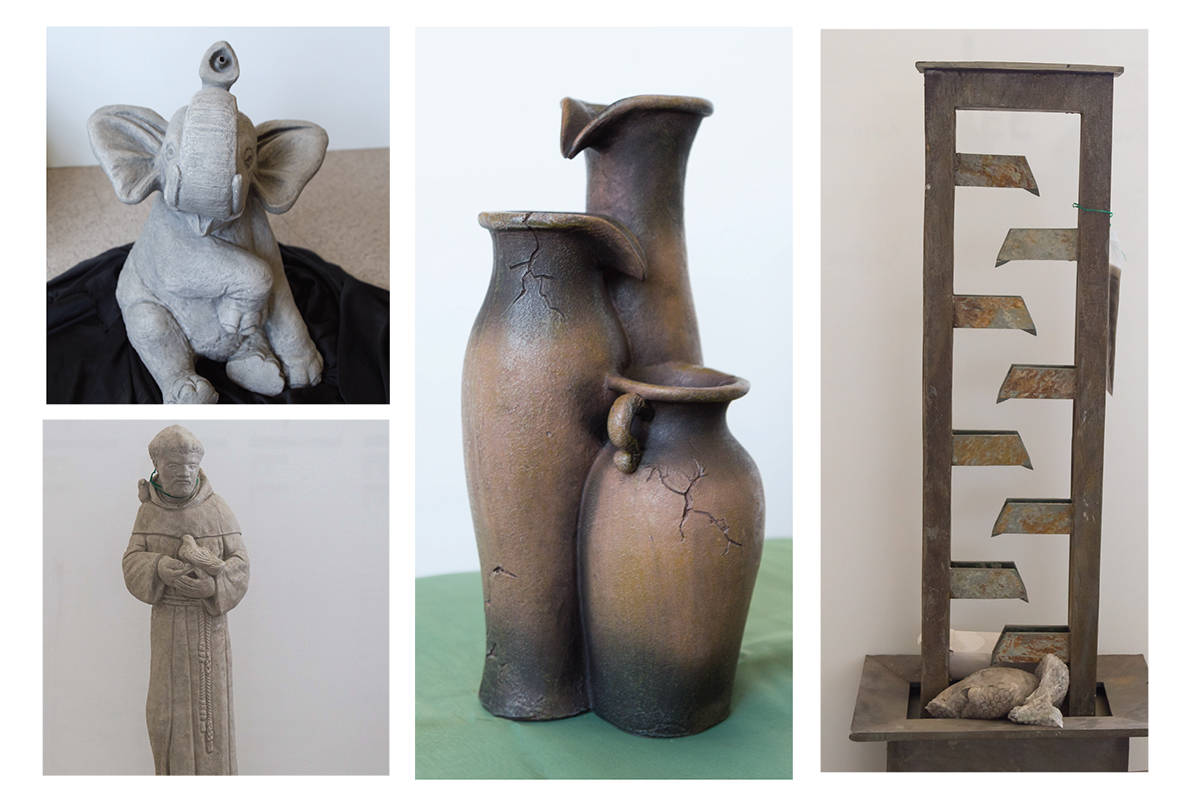