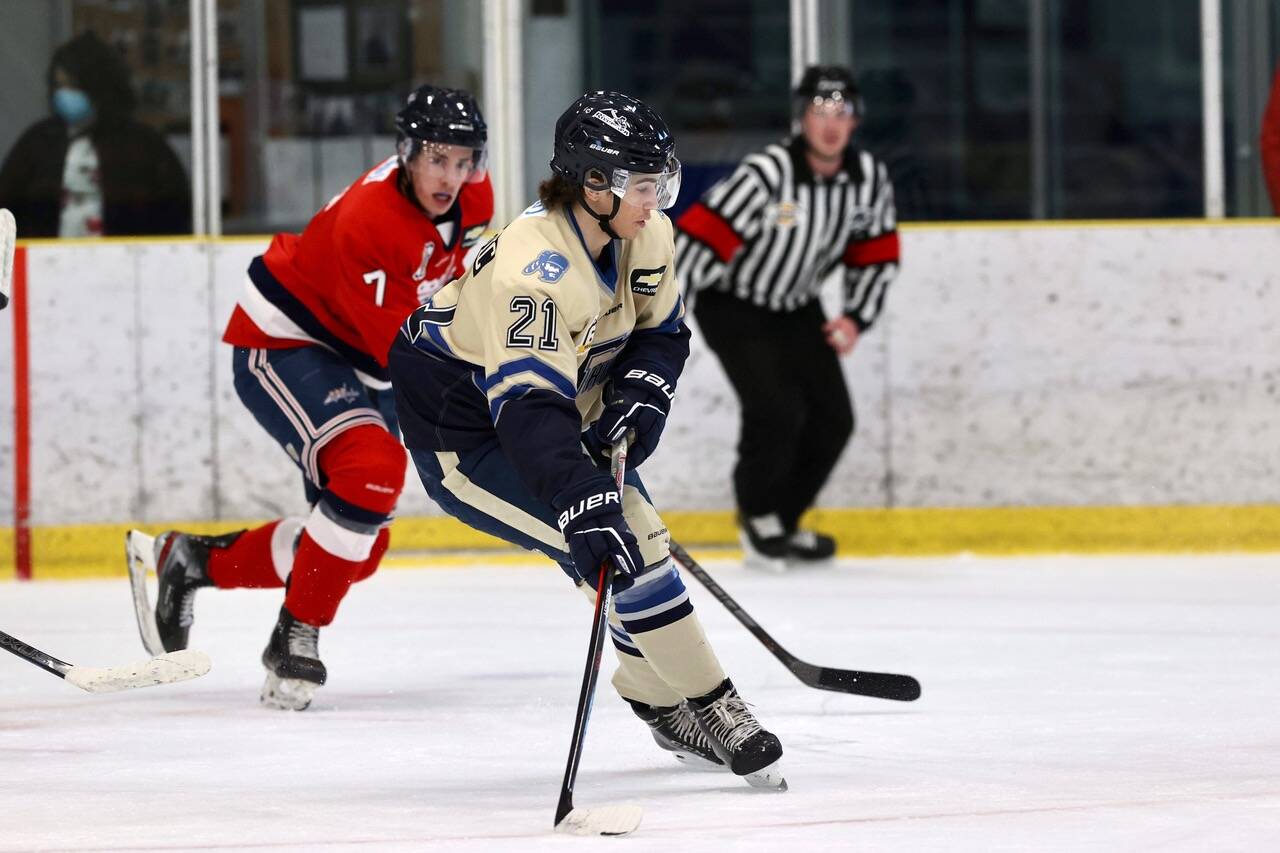 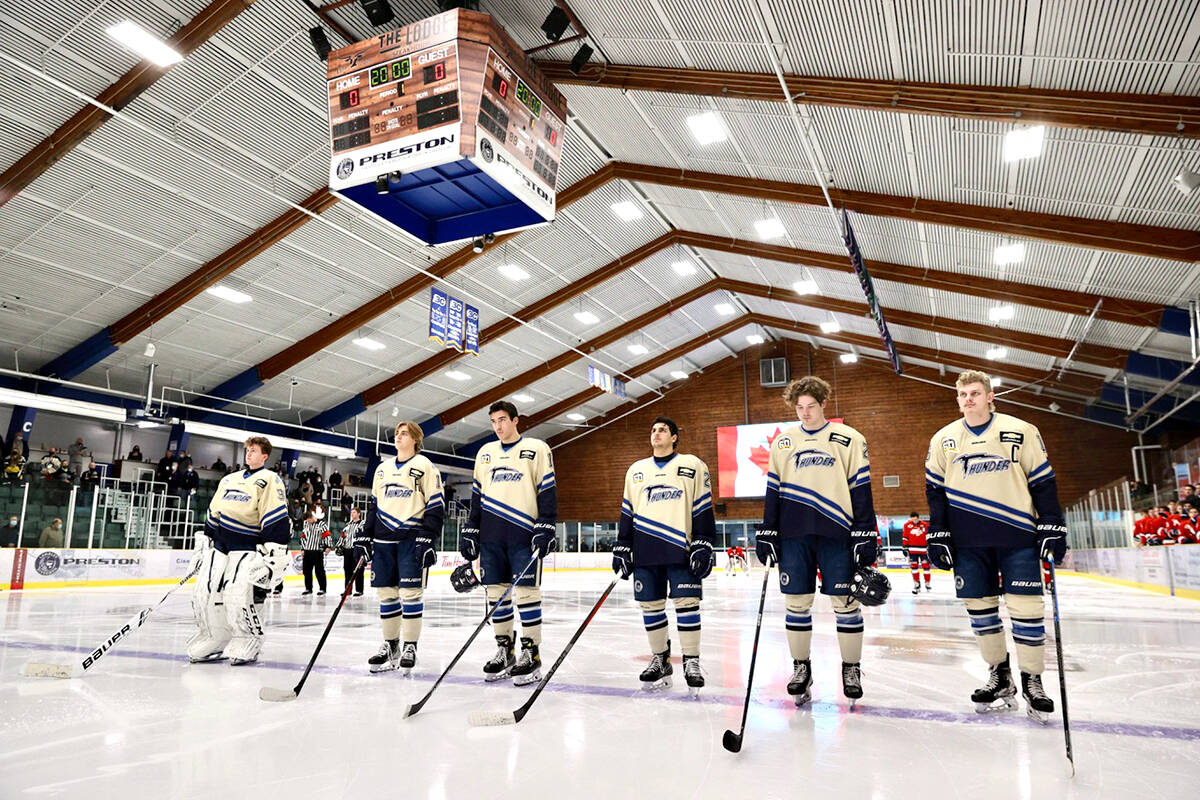 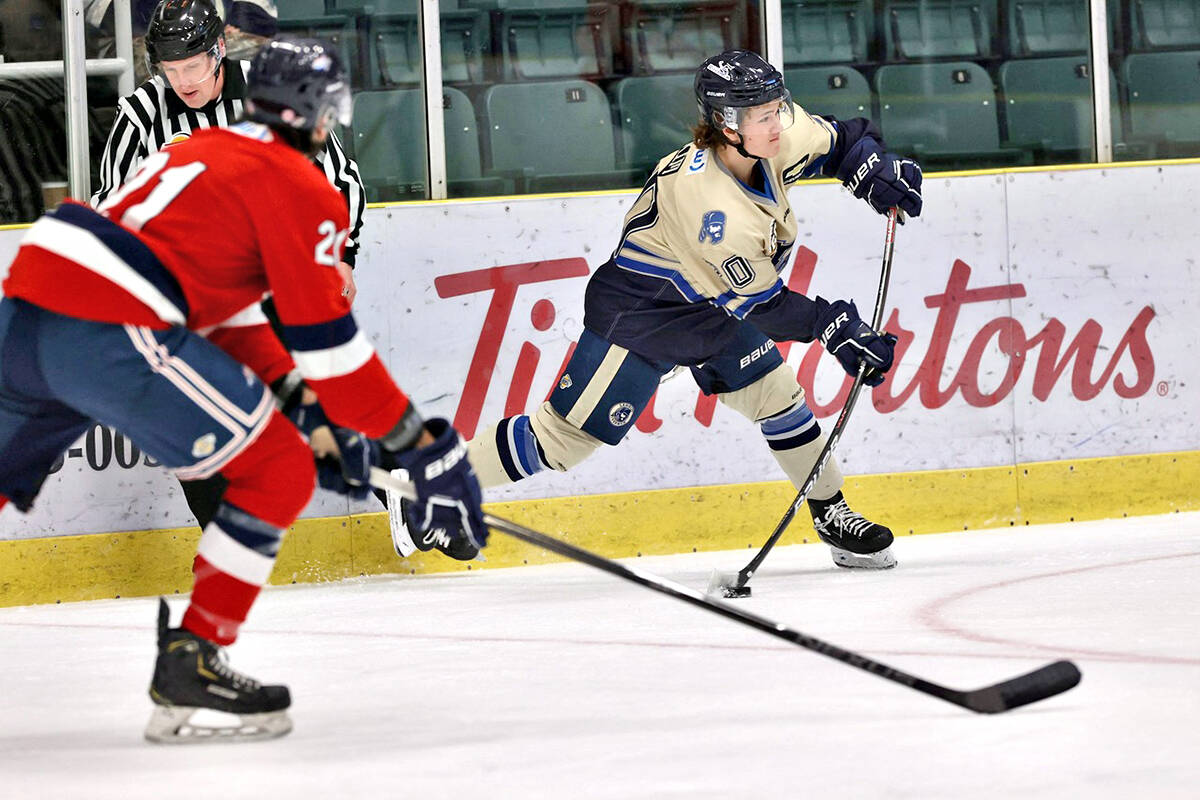 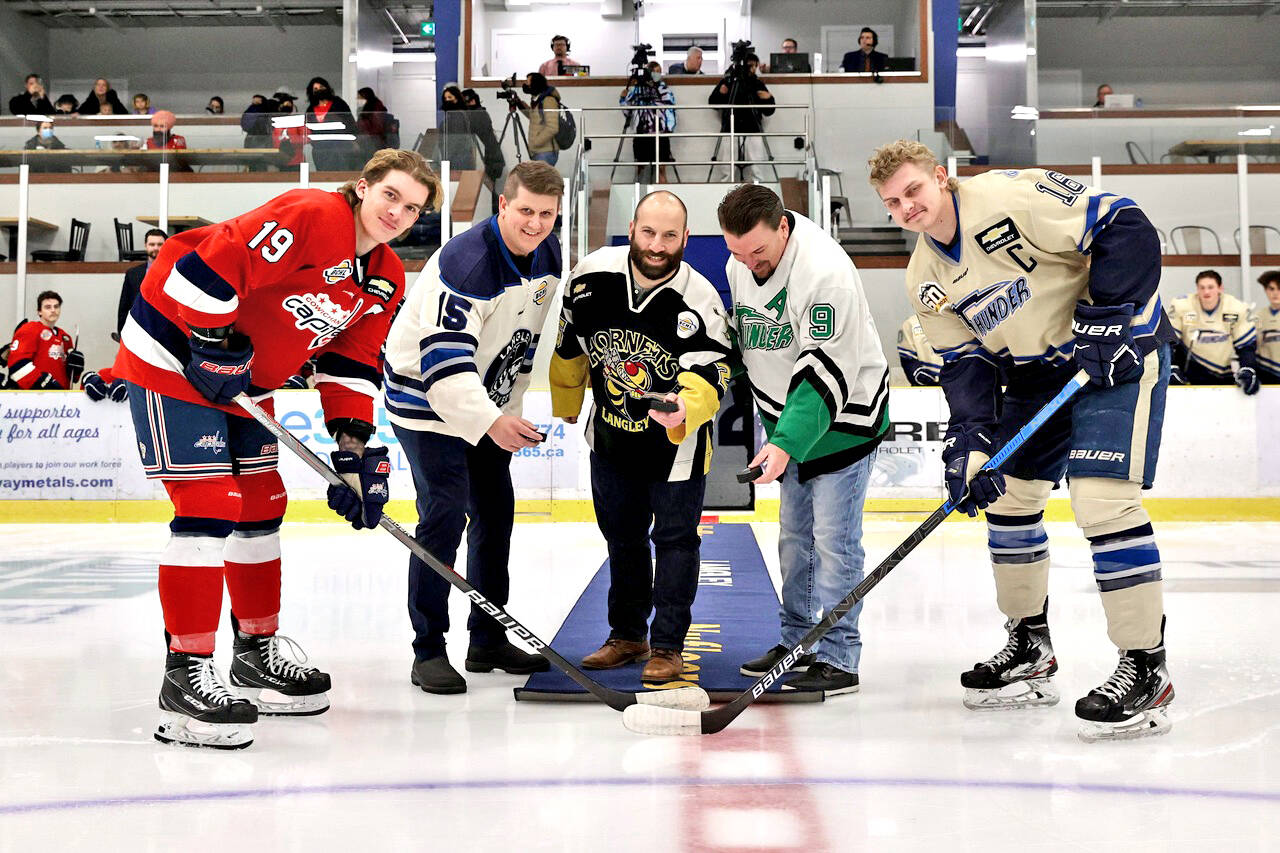 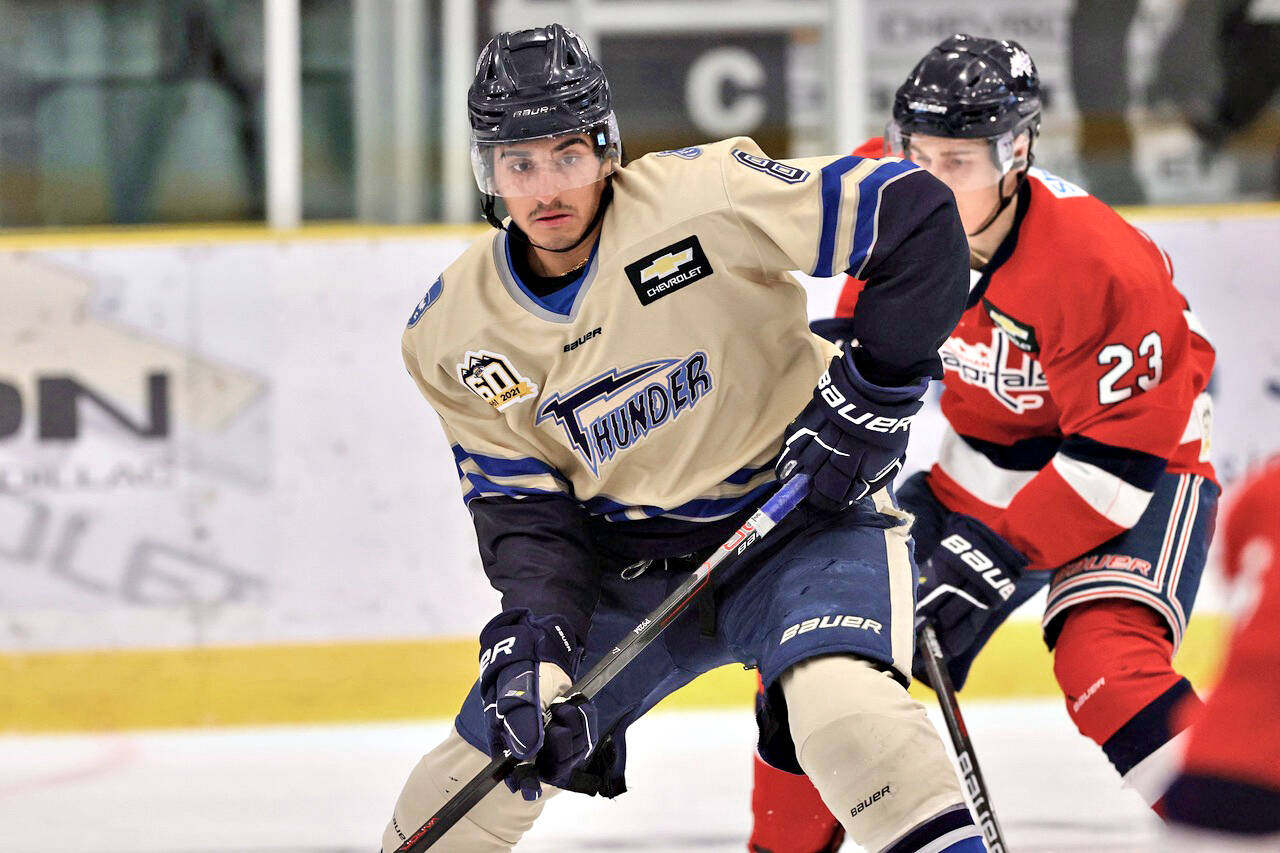 Langley Rivermen unveiled their retro Langley Thunder jerseys before they took the ice against the Cowichan Valley Capitals for their first “Throwback Thursday” game to celebrate 60 years of the Junior A hockey in B.C. 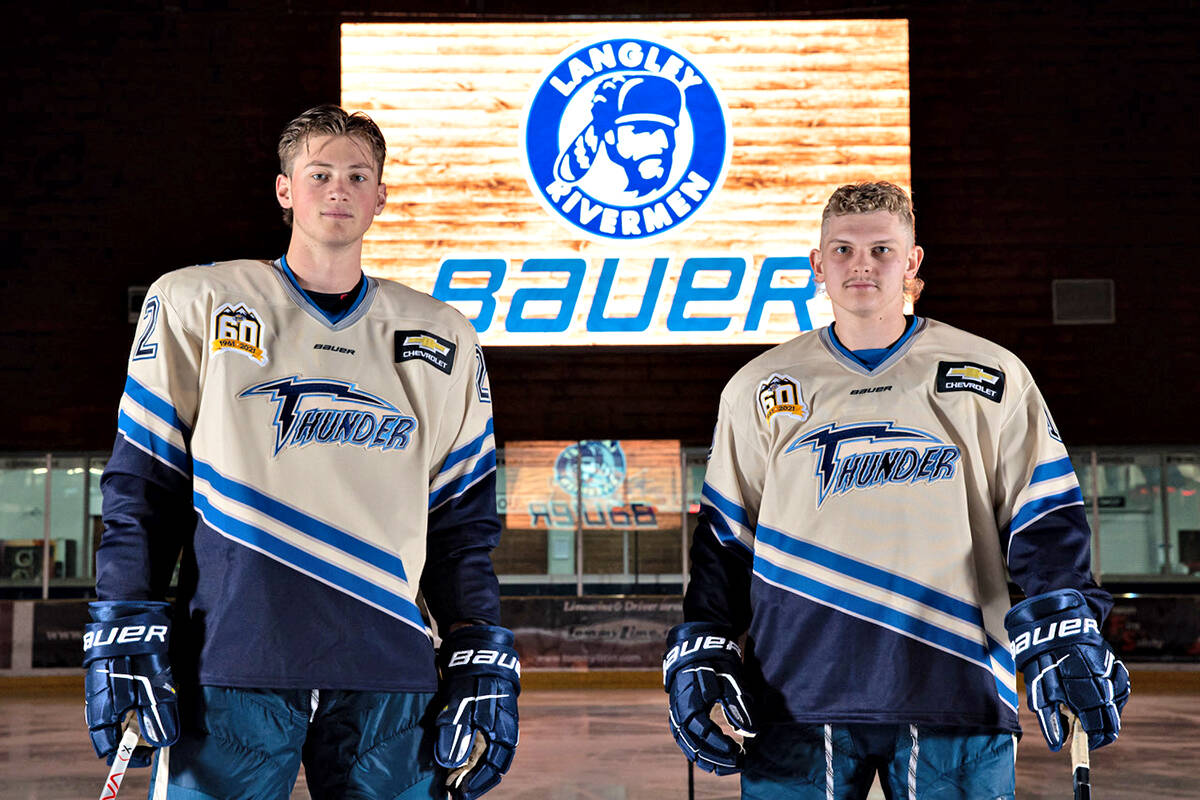 Asst. GM Thomas Koshman said the players will be wearing the jerseys again as the team marks more ‘throwback Thursdays’ by wearing the retro jerseys – and charging a retro ticket price of $5 for all seats.

After a scoreless first period, Keeton Oakley scored early in the second with an assist by Ryan Upson and Tyler Schleppe.

David Jacobs replied for the Capitals, with an assist from Brett Fudger, and that would be the visitors’ only goal of the game.

Riley Wallack then scored twice for Langley in less than a minute, with assists by Owen Kim, Samuel May and Joseph Messina. 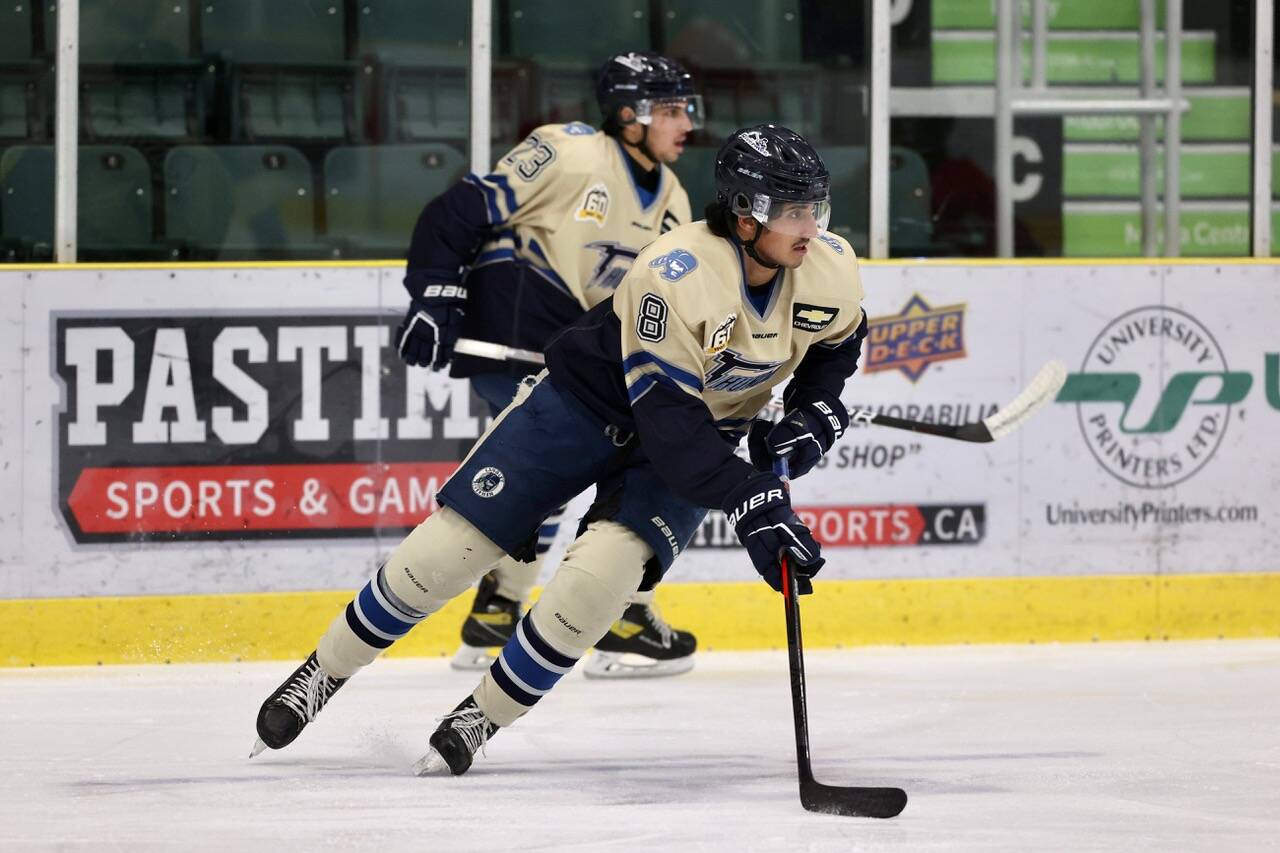 In the third, Tyler Schleppe made it 4-1 with the aid of Ryan Upson and Josh Wessels

Wallack and Schleppe were named first and second stars of the game.

Langley then went on the road to win three back-to-back games, starting with 4-2 victory over Cowichan, at Cowichan Community Centre on Friday, Nov. 26. Max Dukovac, Max Bulawka, Samuel May and Owen Kim scored for Langley.

Saturday, Nov. 27, Langley racked up their second road trip win by beating Alberni Valley 2-1 in overtime with goals from Keeton Oakley and Max Dukovac at the Weyerhaeuser Arena.

They made it three in a row on Sunday, Nov. 28, downing Victoria 2-1. Keeton Oakley and Tanner Attew had markers for Langley.

“The boys put on a good show. We’re pretty close to where we want to be.”

Koshman said the team has so far managed to stay active despite league schedule disruptions caused by the flooding, thanks to both Cowichan and Wenatchee coming in from Vancouver Island and Washington State.

Three December games against Vernon, West Kelowna, and Salmon Arm have been postponed.

Their next scheduled game is Friday, Dec. 3 against Chilliwack.

On Tuesday, Nov. 23, Langley Rivermen forward Ryan Upson was named to the BCHL all-star team, part of the initial 18 skaters who will participate in the three-on-three outdoor tournament Jan. 15 in Penticton.

One skater from each team was voted onto the roster after a poll of all 18 BCHL coaches.