Langley Rivermen are preparing for their next round of BCHL playoffs against Alberni Valley Bulldogs, following their quarter-final victory over the Victoria Grizzlies.

Another team is moving on to the second round! The Langley Rivermen defeat the Victoria Grizzlies in fives games.#BCHL | #BCHLPlayoffs pic.twitter.com/uVRZCa63Qi

After losing to Langley 3-2 in their first meeting on Friday, April 1, Victoria won the second match-up 8-3 on Saturday, April 2, and it would prove to be their only victory in the best-of-seven series.

It ended Friday, April 8 with a 5-3 Langley win on home ice before 426 fans at the George Preston Arena that saw the Grizzlies outshoot the Rivermen, to no avail. 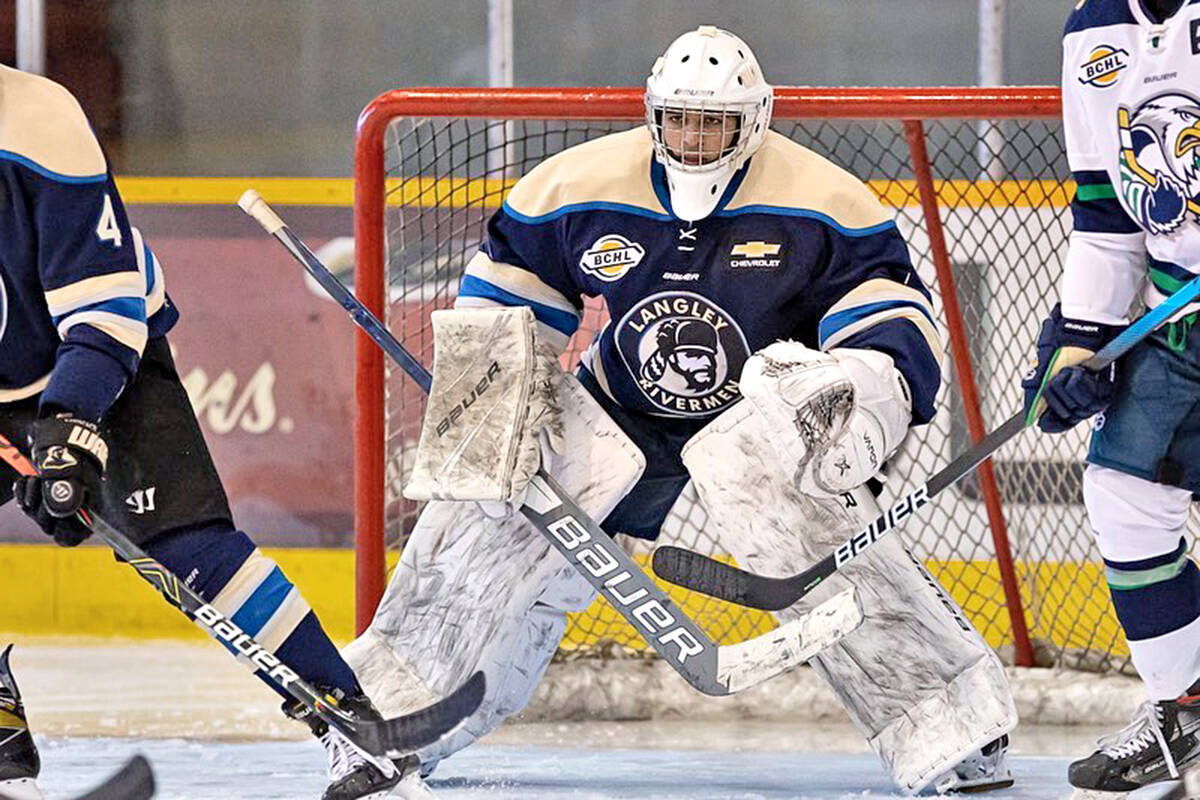 Langley centre Riley Wallack scored twice, and got one assist, notching his first marker at 15:28 of the first period.

Then, Isack Bandu replied for the Grizzlies with two minutes remaining.

In the second period, Rivermen’s Max Bulawka scored at the 2:42 mark, returning his team to the lead, with Joseph Messina assisting.

Bandu made it a tie game, four minutes later.

The Grizzlies took the lead for the first time when Kalen Szeto managed to get one past Gundarah.

That lead wouldn’t last long, with Langley’s Max Dukovac scoring at the 14-minute mark with an assist by Joseph Messina.

It would take just three minutes of play in the third for the Rivermen to score what would prove to be the game-winning goal, courtesy of Joseph Messina, off an assist by Riley Wallack.

Ten minutes later, Wallack would get the insurance goal and his second of the game, with help from Owen Kim and Deven Nagra.

All three stars of the game were Langley players – Messina, Gundarah and Dukovac.

Next up, Langley will play the top-seeded Alberni Valley Bulldogs.

The first games in that best-of-seven are set for Friday, April 15 and Saturday, April 16 at the Dawg Pound, the Alberni Valley multiplex, with both games at 7 p.m.

Then, the series moves back to the Trappers home ice at George Preston on Tuesday, April 19 and Wednesday, April 20.

– with files from Black Press Media