At 6’ 4,” Langley basketball player Sean Annan doesn’t have to look up to very many people.

So it was a little different when Annan ended up on a Chicago basketball court earlier this month, playing with some NBA legends, most of whom were considerably taller than the Special Olympics B.C. (SOBC) basketball player.

He had a blast.

“The best game I ever played,” is how Anna described playing against retired NBA greats like 6’9” Sam Perkins, an Olympic gold medalist and 17-season NBA veteran.

During a video interview at the event, the soft-spoken Canadian made it clear that he viewed his trip as more of a learning exercise than a competition.

“I don’t take my self seriously, we’re just here to have a good time, not to show off,” Annan said.

“I’m just here for the experience, I’m not here to win games.”

During the same interview, a patient Annan explained to his American questioner that Vancouver, like Seattle, is warmer and damper than Chicago, where the frigid temperatures coupled with gusts made going for a walk uncomfortable.

Annan was one of 12 Special Olympics athletes from around the world who played in the ninth annual NBA Cares Special Olympics Unified Sports Basketball Game on Friday, Feb. 14 and the first one from B.C. to ever take part.

He was selected based on a nomination video, shot by fellow player Christian Burton, where Annan talked about his passion for the sport, and how a devastating injury turned out to be life-changing in a good way.

Annan was kept from trying out for the 2015 Special Olympics Team Canada that went to the World Games in Los Angeles after he suffered a compound fracture of his tibia and fibula.

“I realized, when I was in hospital, that the community and the friends I have here support me and were by my side,” Annan recalled.

His team went on to win gold in the finals.

Throughout the remainder of the season, Annan’s teammates wrote his No. 7 on their shoulders.

Annan was out of his cast in three months and back on the court in six.

“This was a unique experience,” the elder Annan commented.

Sean was less impressed by the upscale touches.

One NBA great who made an impression on both Annans was former NBA point guard Muggsy Bogues, the shortest player ever to play in the National Basketball Association at 5’ 3.”

During a brief chat, Sean got to demonstrate his dunk shot to an approving Bogues.

Later on, Annan helped teach basketball tips to some people with severe disabilities, something he considered a high point of the trip.

In a video made on his return, Sean thanks the NBA, the friend who put together the video and the other people who helped get him there.

“I just want to say I really enjoyed the five days [in Chicago],” he declared. 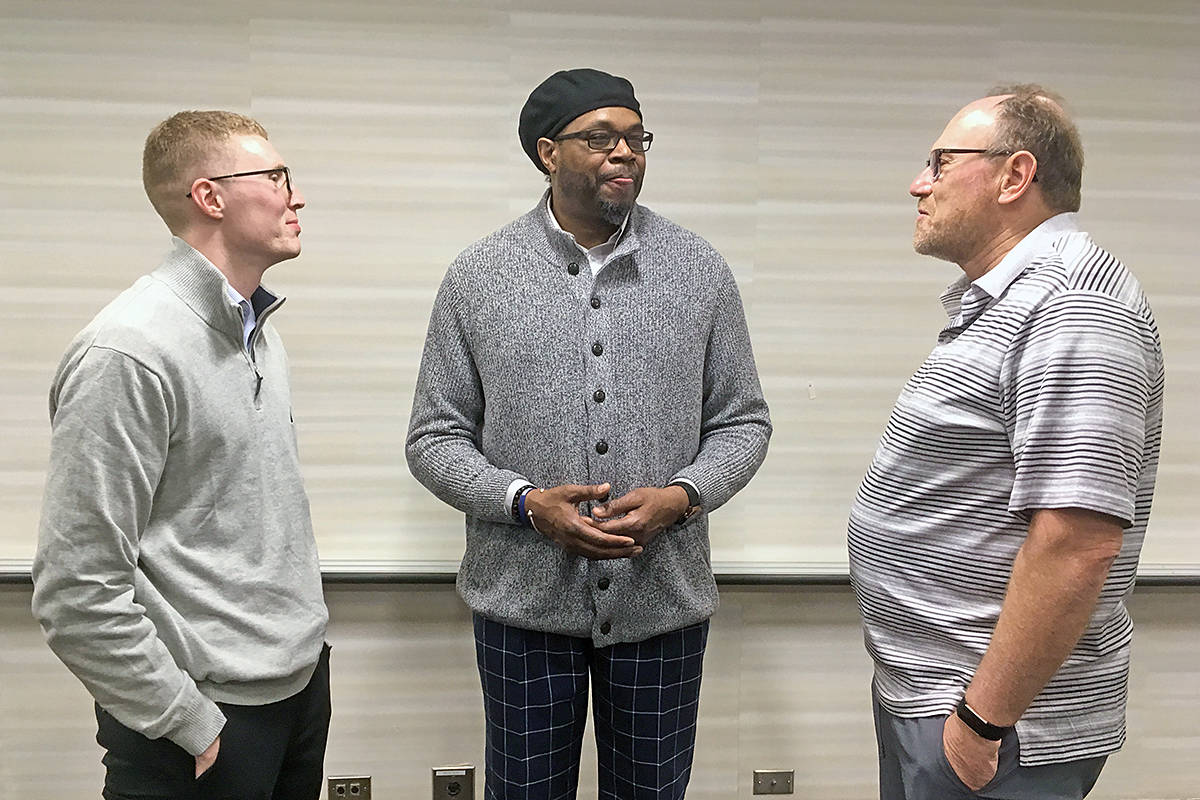 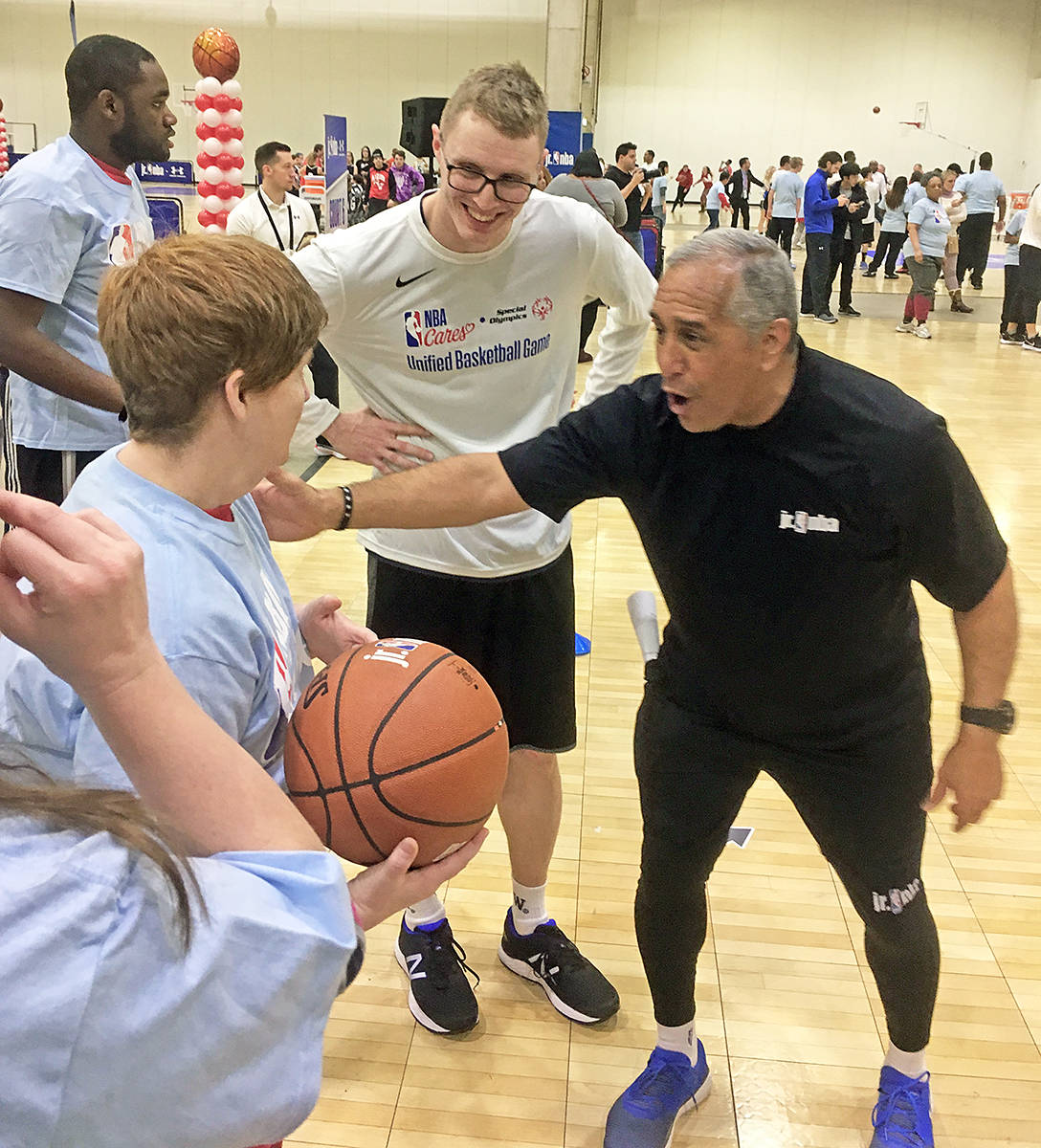