Trailing 2-0 at the midway point, the Vancouver Giants were very much still in Friday night’s hockey game.

“Things were not bouncing our way early, 2-0 and I think we were outshooting them 19-15, but it was just a matter of sticking with it and we could have made it a real interesting game, but we didn’t,” summarized head coach Michael Dyck. “We took a stupid penalty and then it just went from bad to worse.”

The Kelowna Rockets made it 3-0 on that power play and then 21 seconds later, added another for an insurmountable 4-0 lead. Both those goals came in the final minute of regulation of the second period in what turned out to be a 6-0 victory in Western Hockey League action on home ice at Langley Events Centre.

RECAP: Six different Rockets found the back of the net on Friday as the Giants dropped the opener of a three-in-three by a 6-0 score. The rematch goes tomorrow night from Prospera Place at 7:05 PM.

Kelowna led 1-0 after 20 minutes on Turner McMillan’s goal with less than four minutes to play before Marcus Pacheco doubled the lead at 12:34 of the middle frame. Pavel Novak (on the power play) and Adam Kydd then put the game out of reach with goals in the final minute. 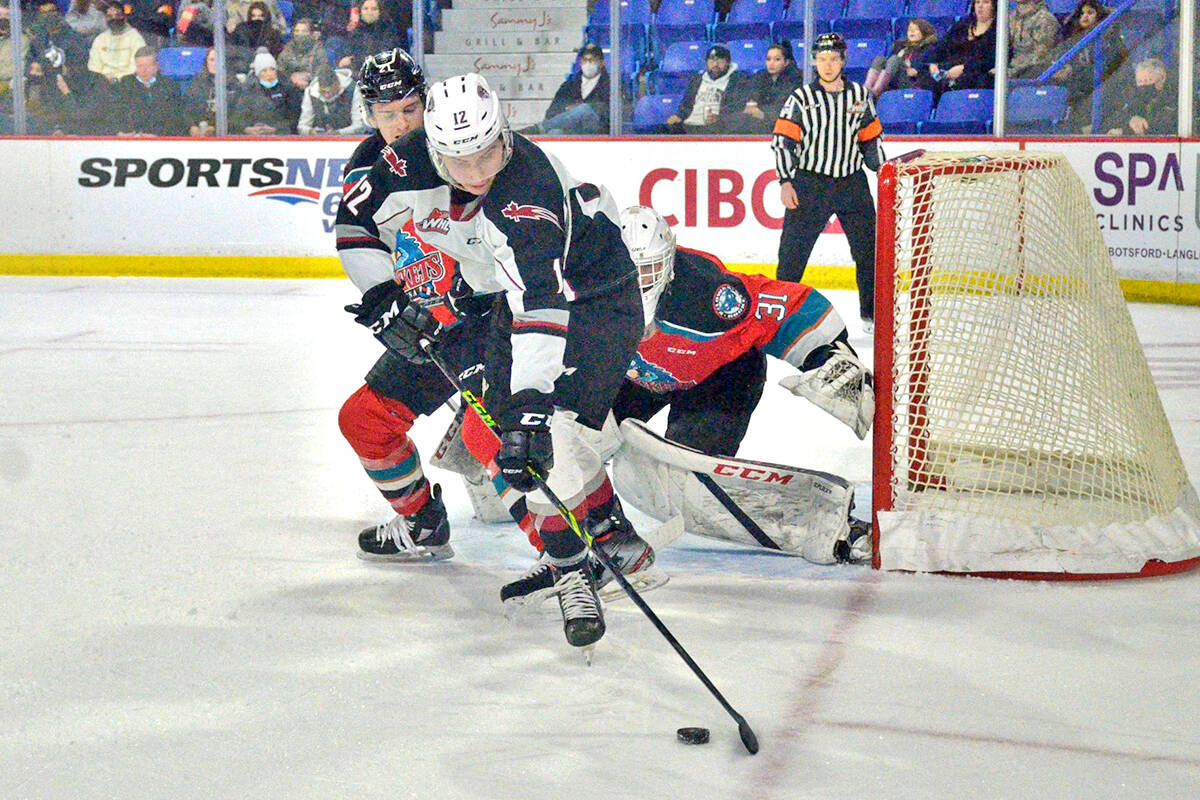 “We just came unraveled,” Dyck said, adding that it was a sign of a lack of confidence when things get tough. “They have to dig in … we’ve done it before where we battled through adversity (but) tonight we didn’t and it went from bad to worse.”

Mark Liwiski made it 5-0 with a short-handed goal 1:40 into the third before Gabriel Szturc tacked on another with less than four minutes to go.

Vancouver has gone 2-2-1-0 in their past five games as they look to solidify their playoff position. Currently, the team sits in seventh place, six points ahead of the ninth-place Tri-City Americans.

The Giants are back at it tonight, Saturday, Jan. 29 as they complete the home-and-home series with the Rockets in Kelowna. Vancouver also hosts the Kamloops Blazers back at Langley Events Centre on Sunday, Jan. 30 at 4 p.m.

“It will be a good test to see how they respond,” Dyck said about the Rockets rematch.

Vancouver went 0-for-5 on the power-play while Kelowna was 1-for-3.

Final shots were 28-25 for the Rockets with Talyn Boyko earning the shutout following his 25-save performance.

Jesper Vikman made 15 saves on 19 shots through 40 minutes with Will Gurski playing the third period and stopping nine of 11 shots.