Vancouver Giants ended their season in style, dominating the Victoria Royals for a 6-1 victory in Kamloops Tuesday night, May 11.

The lone Royals goal came from Keanu Derungs late in the first period.

The final goal of the 2020-21 season for the Langley-based Giants came courtesy of Bryce Bader on a power play. Tristen Nielsen and Connor Horning both drew the assists off Bader’s fifth goal of the season that came off a shot from the left-wing circle.

Of course the Captain gets on the board in his final game! pic.twitter.com/nNQ0cz6g0k

Afterwards, goalie Trent Miner said the fact it was their last game was a motivating factor.

“Everyone knew in the back of their head what tonight was, I think, [which is] why we were able to go out and play a strong game,” Miner commented.

Playing hockey in a COVID-compliant bubble built camaraderie, with players living together and eating together.

“Every day you woke up in the hotel and went down to the meal room” Miner said.

“We bonded so much as a team and that helped us.”

61 days in the bubble! Thank you to the @TheWHL and all the players, staff and owners in the BC division for giving the players a chance to play the game they love! @WHLGiants @blazerhockey @Kelowna_Rockets @PGCougars @victoriaroyals pic.twitter.com/FpdE5cqquH

It was the final game for three mainstays of the team, over-agers Alex Kannok Leipert, Eric Florchuk and Tristen Nielsen.

McCambridge called the trio the “heart and soul” of the team.

Kannok Leipert, a two-year team capatin, was originally selected by the Giants in the 2015 WHL Bantam Draft, going on to play 219 career games, all with the Giants.

In that span, the one-time draft pick of the Washington Capitals has managed 21 goals and 62 assists for 83 points for his career along with 240 penalty minutes.

RECAP: The Vancouver Giants finished their #REMAXHub season with a 6-1 victory over the Victoria Royals. It also marked the final game in @TheWHL for Alex Kannok Leipert, Eric Florchuk and Tristen Nielsen.

Florchuk was selected 13th overall by the Victoria Royals in 2015, and went on to play 270 career WHL games with Victoria, Saskatoon and Vancouver. For his entire WHL career, the one-time draft pick of the Washington Capitals has 65 goals and 121 assists for 186 points.

Nielsen was selected by the Calgary Hitmen back in 2015, and has since played in 241 career games with Calgary and Vancouver. For his career, Nielsen has managed 82 goals and 93 assists for 175 points.

READ ALSO: VIDEO: ‘Do or die’ for Giants heading into final three games

Giants recorded their season-ending win after Saturday night’s loss in a crucial matchup, dropping a 3-1 decision to Kamloops, a game that clinched the 2020-21 B.C. Division banner for the Blazers. 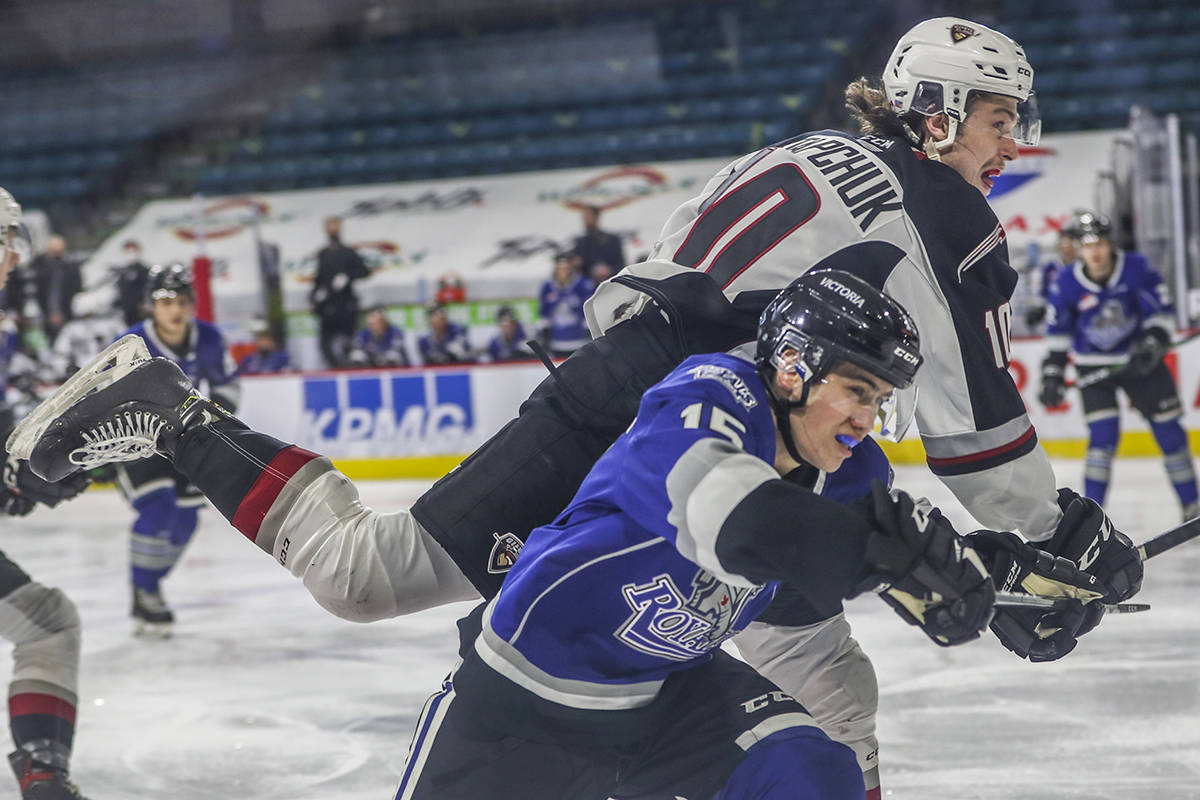 Vancouver Giants ended their season in style, with 6-1 victory over Victoria Tuesday night, May 11. Zack Ostapchuk went airborne, scoring off a shorthanded two-on-one rush to give the Giants their first of six goals (Allen Douglas/special to Langley Advance Times) 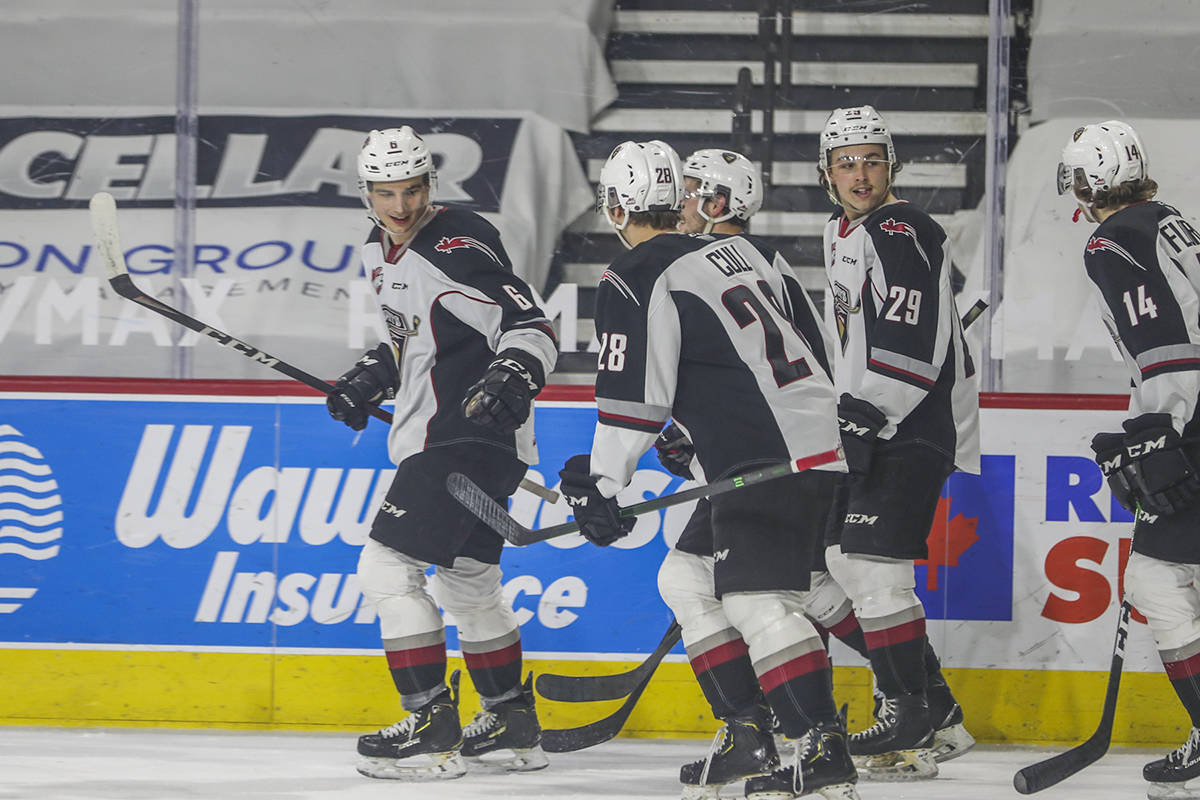 Vancouver Giants ended their season in style, with 6-1 victory over Victoria Tuesday night, May 11. Giants celebrated after Marko Stacha recorded his first career WHL goal in the first period, off the rush with Tristen Nielsen. (Allen Douglas/special to Langley Advance Times)