When the 49ers took the field, Kartar Gill made it clear who he was rooting for.

“They suck,” the six-year-old said.

Kartar, his older sister Aaryah, along with Dad Rum and Mom Amita, were making an afternoon of it at the family-friendly outdoor Match Eatery and Public House restaurant at the Cascades Casino Resort in Langley City, watching the Super Bowl game on big-screen TVs.

Rum and Amita have always been football fans, but when Kartar took up the game, the fascination became more intense.

“It changed our lives,” Rum laughed.

Kartar, who plays flag football with the Langley Bandits, turned out to have a talent for the game, with an effective left-handed spiral throw and a propensity for scoring touchdowns, almost all of which have been recorded on his mom’s smart phone.

“He really is a star,” Amita told the Langley Advance Times.

Kartar is modest but admits he has a size advantage.

“I look older, but I’m younger,” he commented.

Aaryah, who has a similar kind of focus on dancing, training several days a week, makes signs to bring to games and cheer her younger brother on.

There was a vacation flight that was nearly missed because a Seahawks game was playing in the airport sports bar, and Kartar, a die-hard Seattle fan, had trouble tearing himself away.

Fortunately, they were able to keep watching on the plane.

With Seattle out of contention, the family decided to root for the Chiefs.

It is the 54th Super Bowl and the 50th modern-era National Football League championship game, and will decide the champion for the NFL’s 2019 and 100th season. 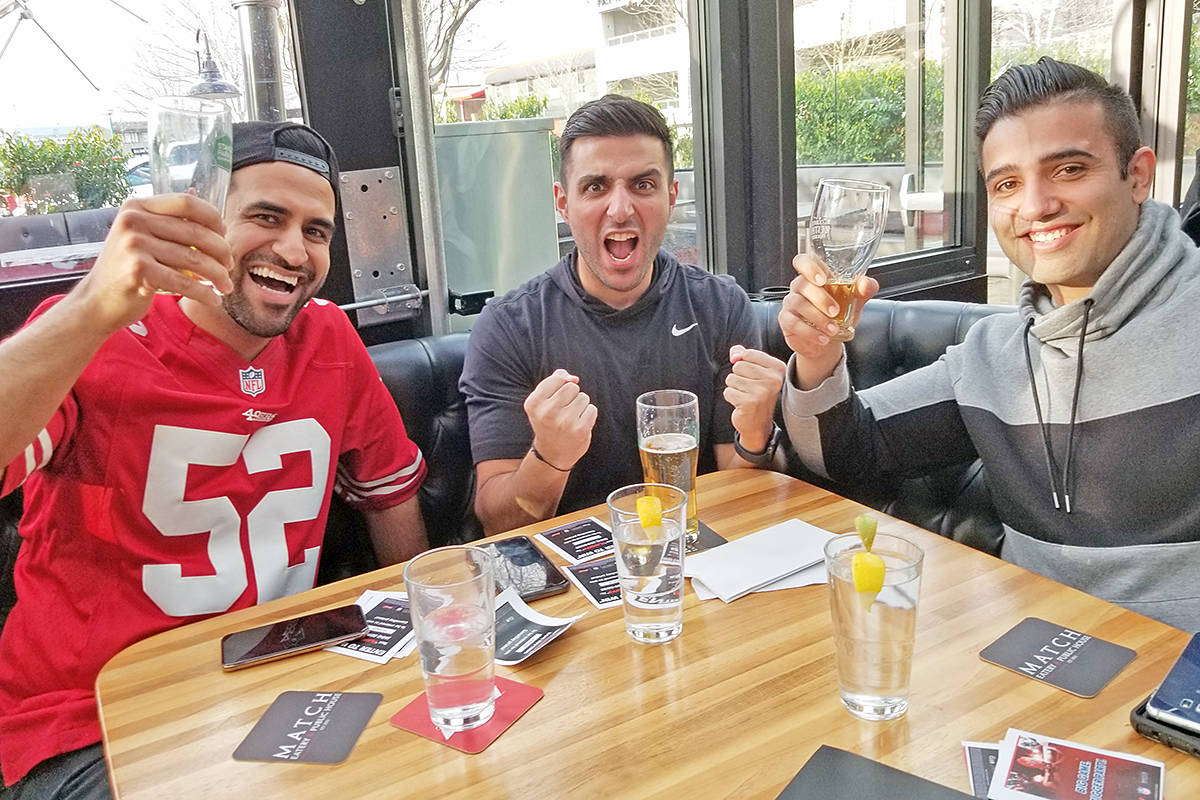 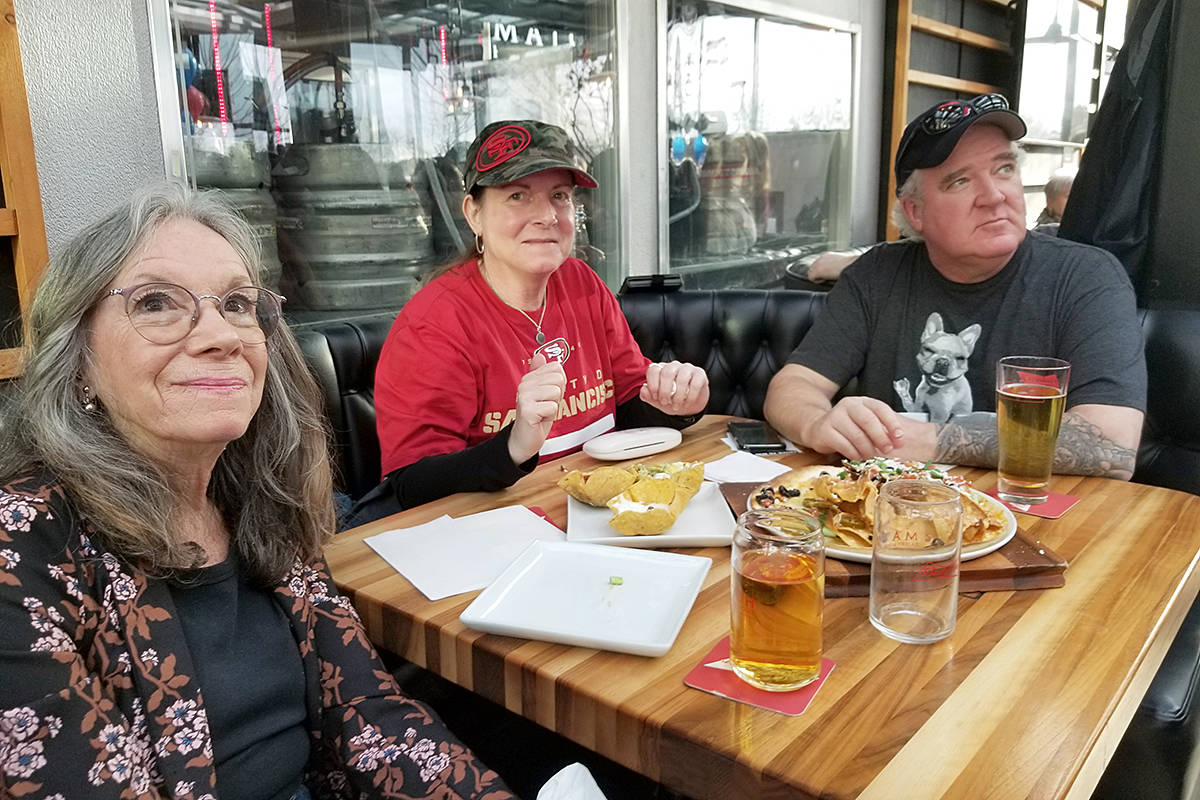 Fans await the start of Super Bowl 54 at the Match Eatery and Public House restaurant at the Cascades Casino and Resort on Sunday, Feb. 2. (Dan Ferguson/Langley Advance Times)