Never let it be said that the Victoria Royals and Vancouver Giants don’t create drama when they get on the ice together.

Tuesday’s game 7 in their Western Hockey League opening round playoff was no exception. The hometown Royals, coming off a thrilling overtime win in Langley the afternoon before, stormed out to a 4-1 lead in the second period, saw the Giants score twice before the intermission then hung on to win the game and series 4-3.

The Royals have a couple nights off before opening the Western semifinals Friday (April 6) at home against the well-rested Tri City Americans, who swept their opening round series against Kelowna 4-0.

Victoria goalie Griffen Outhouse, who stopped 30 of the Giants 33 shots on the night, made two potentially game-saving stops on point blank shots late in the third as the Royals clung to the lead.

And as in game 6, Victoria captain Matthew Phillips came through with a heroic effort, scoring twice including the eventual winner, setting up another goal and diving head first to block a shot in the dying seconds of the game.

Asked whether he was remembering the Royals’ heartbreaking 2016 game 7 playoff loss to Kelowna – the Rockets forced overtime with a last-second goal then won in OT – Phillips said “absolutely.”

“I looked at the clock and said there’s no chance I’m letting this happen again. I was going to eat that [puck] if I had to,” he said.

Price beamed when reflecting on Phillips’ commitment to the team on the night and in the series.

“To me that really epitomizes him as a player and as a person, and epitomizes the game and the series, just whatever it took, even if it was ugly,” Price said.

While the Giants were disappointed to lose in such a close fashion, they can hold their heads high with the effort they gave in the game and the series, said team captain Tyler Benson, who had two assists Tuesday and totalled 11 points in the seven games.

Even when they fell behind 3-0 and 4-1 in the second period, he said, “we were still strong mentally … We battled hard and it almost feels like we deserved better. When you play this team – I think it was 17 times throughout the season – you’re going to know each other well. It was a battle all series and it came down to one goal today.”

After a back-and-forth first period, big defenceman Chaz Reddekopp, parked in front of goalie David Tendeck on the power play, redirected a Noah Gregor shot to get the Royals on the board at the 18:36 mark.

Lane Zablocki, who had what his captain called his best game of the playoffs, took a Phillips pass in the Royals end, raced down right wing and beat Tendeck with a sharp-angle shot that appeared to deflect in off the goalie’s equipment just 1:17 into the second period.

Less than five minutes later, Dante Hannoun found his linemate with a pass at the edge of the net, which the quick-handed Phillips converted into the 3-0 goal. Tendeck was lifted for backup Trent Miner after that.

The Giants dodged a bullet a short time later when a shot that appeared to be stuffed between Miner’s toe and the post was disallowed on review. Miner was seen on replays pulling the puck out of the net, but the referees ruled the whistle had blown.

Tyler Popowich got the Giants on the scoresheet 7:49 in. But Phillips returned the favour quickly, grabbing a billiards style pass off the boards from defenceman Mitchell Prowse, and racing down the wing in to beat Miner high to make it 4-1.

Giants defenceman Matt Barberis, with a deflection of a Benson shot, mimicked Reddekopp’s goal to make it 4-2 at the 14:27 mark, then Brennan Riddle narrowed the gap further, scoring with 1:20 left in the period.

After a series in which the club’s younger players learned what it takes to win big games, Giants sniper Ty Ronning said the organization is well positioned for the future, especially with many players expected back next season.

“The way I look at it, the Vancouver Giants are going to be A-OK the way they pick their guys, character guys … I wouldn’t have gone to war with anybody else, they’re great teammates and great people,” he said. 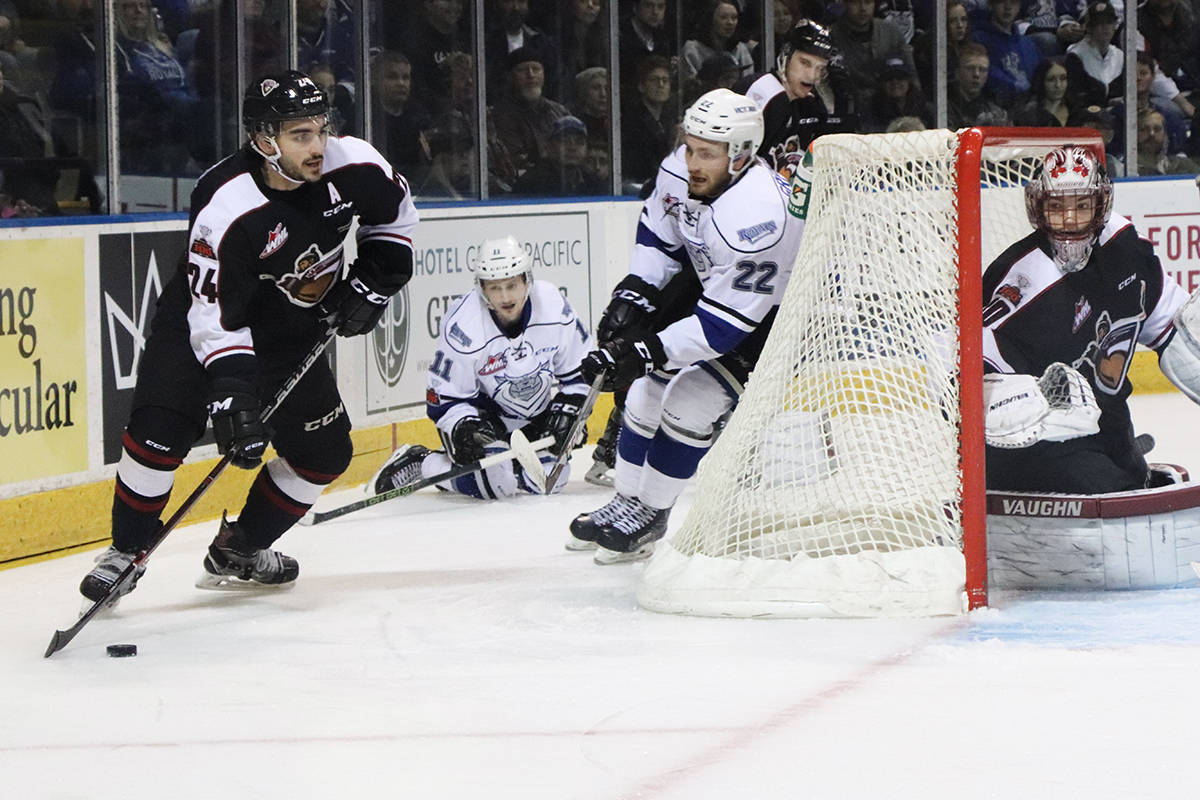 Vancouver Giants defenceman Matt Barberis looks for a teammate to pass to as Victoria Royals forward Noah Gregor bears down on him behind the Giants net. The action came during Game 7 of the teams’ Western Hockey League playoff series Tuesday at Save-On-Foods Memorial Centre. The Royals won the game and series 4-3 to advance to the next round against Tri City Americans. Don Descoteau/Victoria News

After a drenching, Commonwealth Games open on a bright note 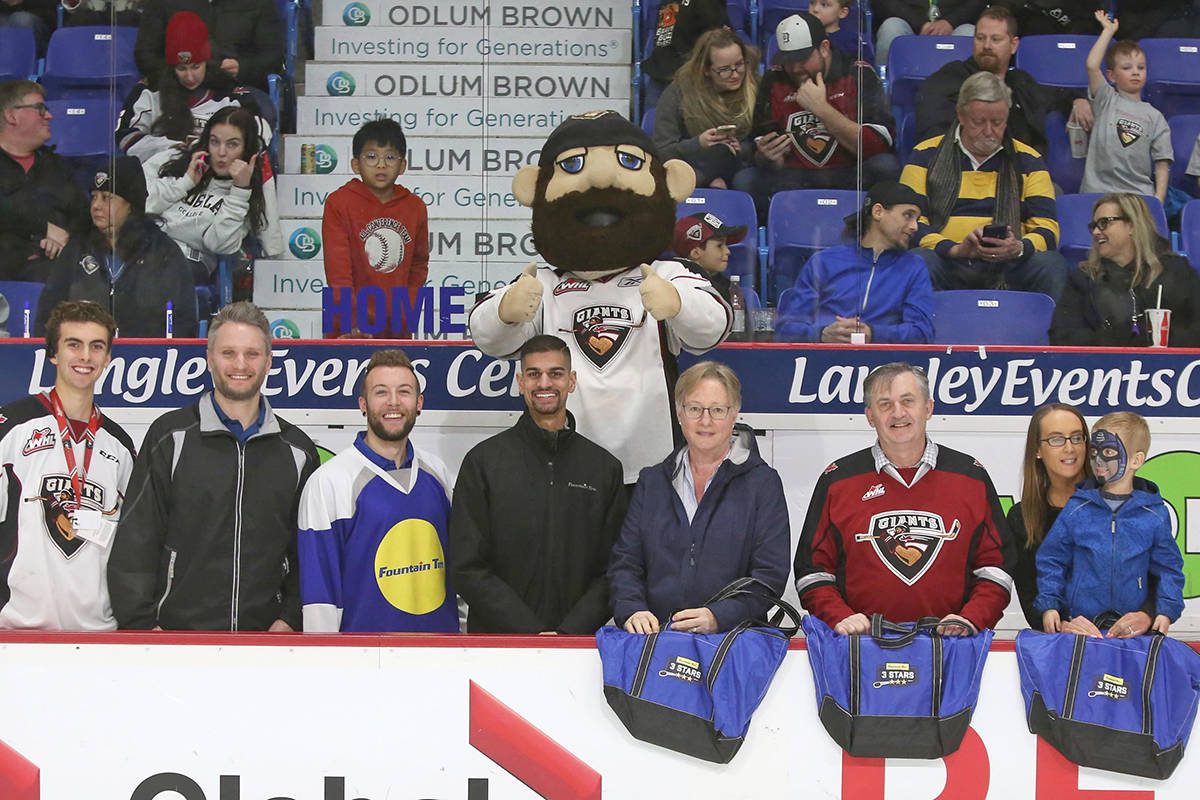 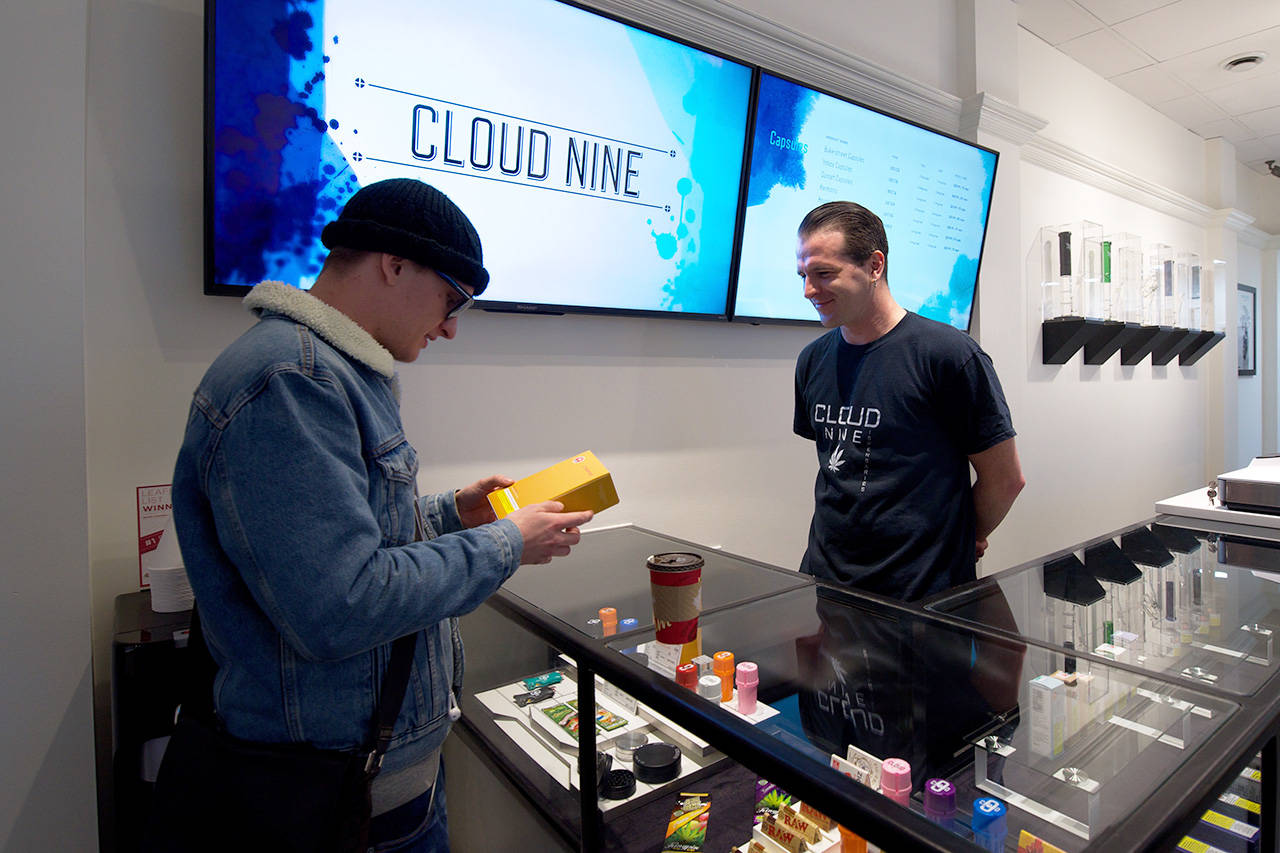 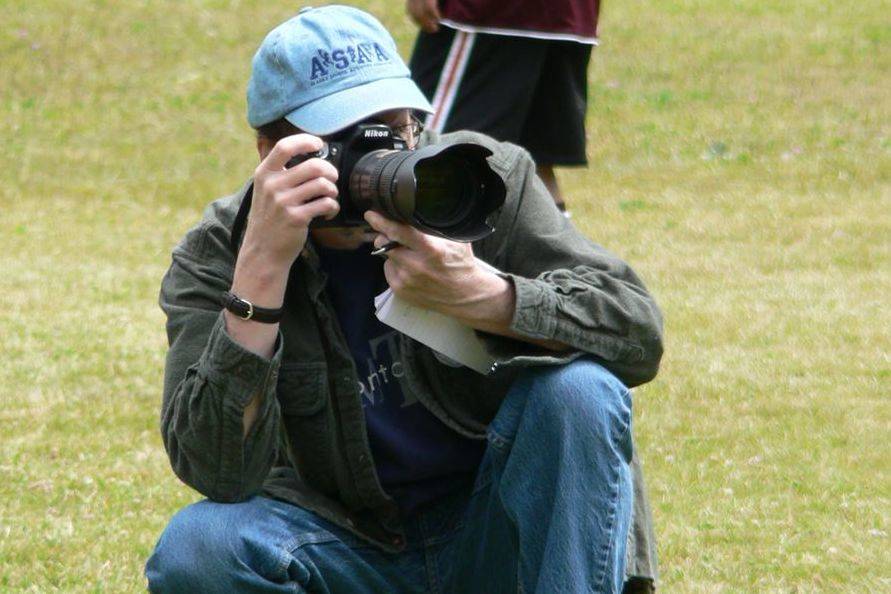