There will be no back-to-back titles for the Walnut Grove Gators.

The Gators fell 63-60 to the Tamanawis Wildcats in the quarter-finals of the BC 4A boys provincial championships on Thursday at the Langley Events Centre.

Walnut Grove had to recover from an early double-digit deficit as they trailed 22-9 after one quarter, cutting the lead to 33-31 at the half.

Star guard James Woods then hit a three-pointer to open the second half for the Gators first lead of the game.

But the rest of the half was back-and-forth with Tamanawis scoring 30 points to the Gators 29 to win by three.

And Walnut Grove — the No. 10 seed which upset No. 7 St. George’s in the opening round, had their chances.

Trailing by one point in the late stages, James Woods stole the ball but his runner in the lane didn’t fall and the Gators were forced to foul. Tamanawis would hit both free throws and Walnut Grove had one more chance to force overtime, but Woods couldn’t draw the foul or hit his three-pointer and time expired.

Despite the two late misses, the reigning most valuable player from the 2017 championships was spectacular, carrying the Gators with 32 points as only on other Gator reached double figures, Azino Tyrell Urefe, who had 12 points as he went four-for-eight from beyond the three-point line.

The Wildcats, the tournament’s second seed, were led by Miguel Tomley’s 26 points while Jeevan Sidhu had 20.

Tamanawis will play No. 6 Semiahmoo in the semifinals on Friday night.

The other semifinal will see the No. 8 Burnaby South Rebels against the winner of No. 5 Vancouver College and No. 13 Belmont Bulldogs. 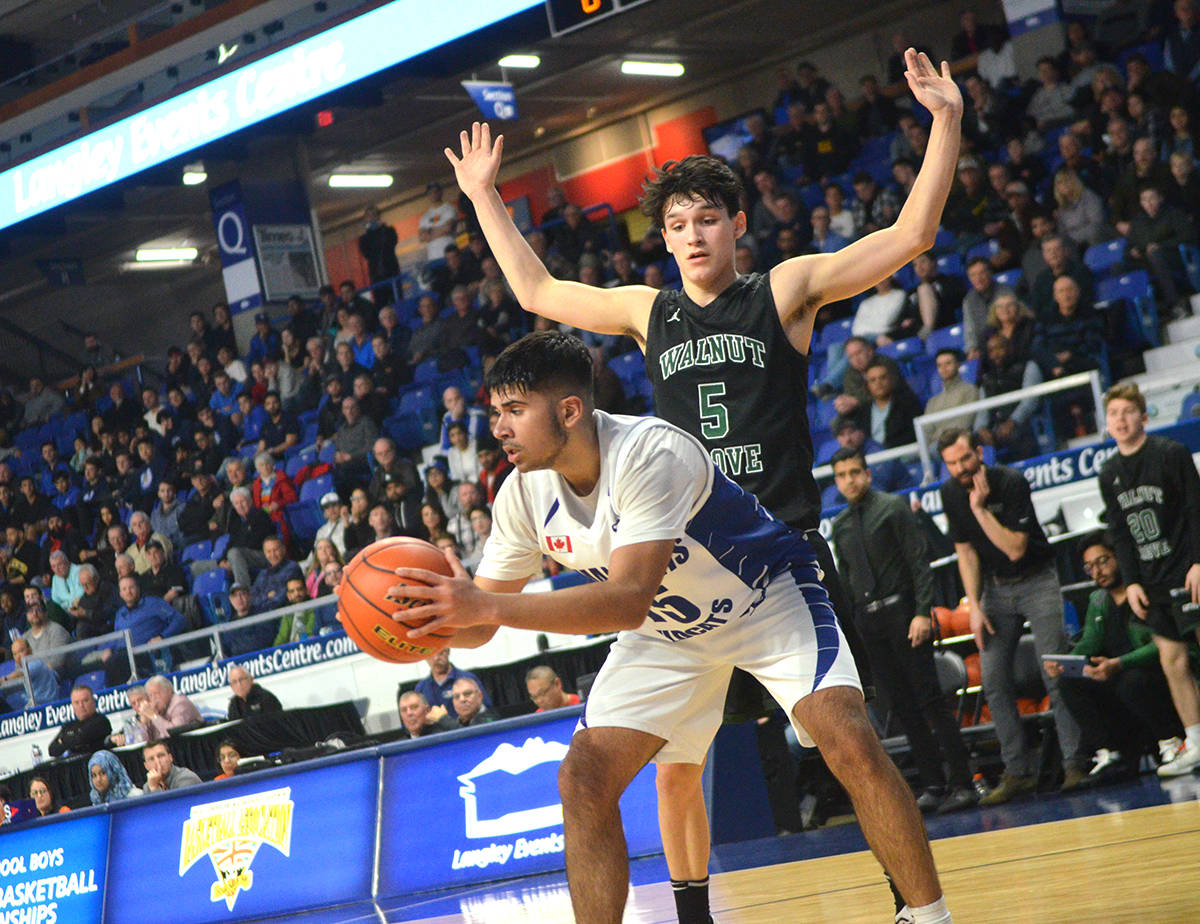 Tamanawis Wildcats’ Preet Kailey grabs a rebound during his team’s 63-60 win over Walnut Grove in the BC 4A boys quarter-finals at the Langley Events Centre. Gary Ahuja Langley Times