Two of Langley’s Western Hockey League players from the Vancouver Giants are off to New Brunswick next month.

Justin Sourdif and Cole Shepard, both 16-year-old forwards with the G-Men, were named to Hockey Canada’s roster for the 2018 World Under-17 Hockey Challenge.

Sixty six players were named to the roster Tuesday and expected to play with three Canada teams from Nov. 3 to 10 in Saint John and Quispamsis.

Sourdif was selected third overall by the Vancouver Giants in the 2017 WHL bantam draft. The 5 ft. 11 in., 163-pound winger has posted two goals along with three assists in 10 games with the Giants this season.

Last season, Sourdif appeared in four regular season games with the Giants, and seven playoff games as an under-ager.

He led the BCMML in scoring last season with 23 goals and 50 assists for the Valley West Hawks.

Shepard was selected by the Giants in the second round (33rd overall) in the 2017 WHL bantam draft. The 5 ft. 10 in., 152-pound forward has notched three assists through 12 games with the BCHL’s Penticton Vees.

Sourdif and his Giants teammates return to action tonight at the Langley Events Centre when they battle the 2018 WHL Champion Swift Current Broncos at 7 p.m. 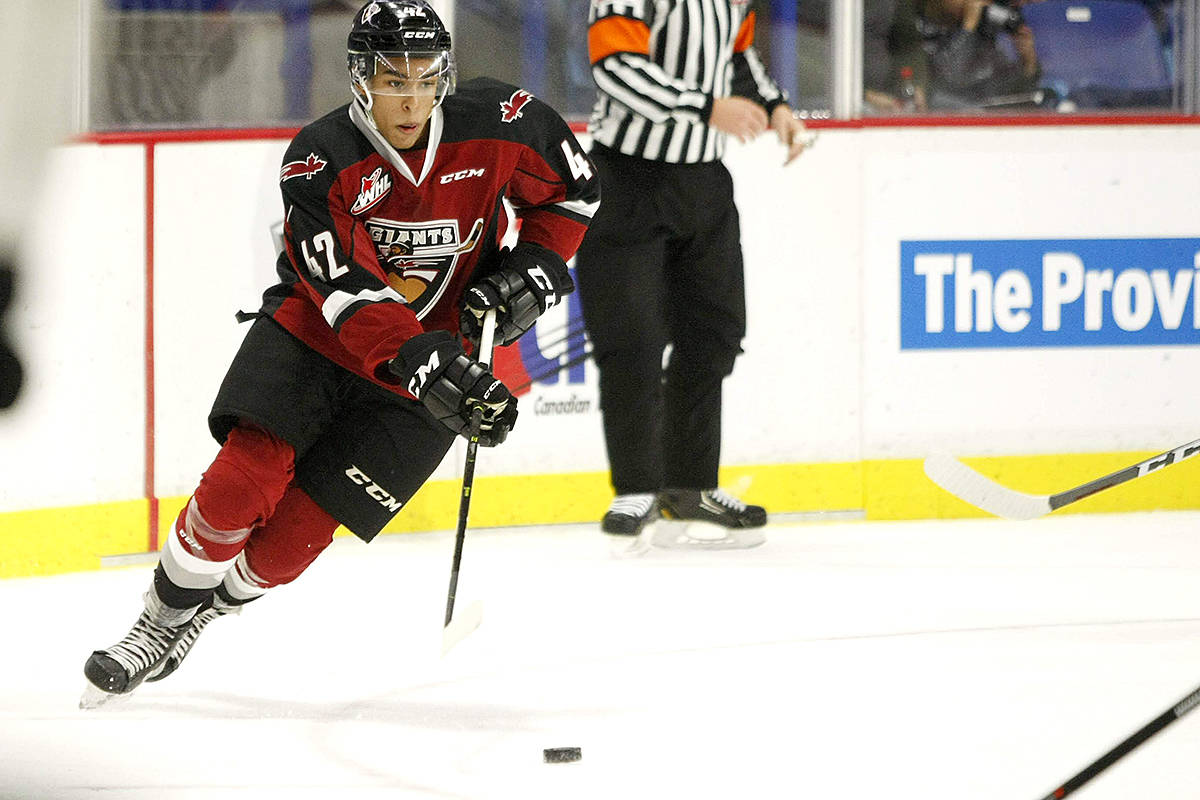 Vancouver Giant’s Justin Sourdif, a young forward with the team, will be playing in the under 17 worlds in New Brunswick next month. (Vancouver Giants files/Special to Black Press)