A Rossland Props Master is creating a buzz about bringing more movie biz to the West Kootenay.

As a Props Master or Props Buyer, Paul Wagner organizes the props department on movies and TV productions, and designs, researches, sources, buys, builds, monitors, and selects the props for a variety of genres.

But Wagner would like to do it more often from his Rossland residence.

His most recent film, the Netflix movie Love Hard, rocketed to the number-1 viewed movie on Netflix after its Nov. 5 release.

“I’m working with producers to try to bring some projects out to the area,” said Wagner. “Due to COVID, I was able to prep from my home in Rossland for three weeks.”

For the production of Love Hard, Wagner brought Greater Trail talent on board, and it was their contributions that made the prospect of an industry in the area more realistic.

“He came to me, during COVID, about a year ago, and he said he had an upcoming Netflix piece of work to do, and part of the script was there was an engagement ring that was going to be passed from Jimmy O. Yang to another character, Nina Dobrev,” explained Durkin. “This ring was going to get some screen time, so they term that a ‘hero prop’. It just means it’s actually used as part of the story line.”

Durkin designed and fashioned not only the hero ring in the Lauener Bros. lab, but a variety of rings for the characters, customized to suit the ages of each member of the family.

Durkin, needless to say, is pleasantly surprised at the film’s success.

“I’m sitting here in Trail and all of a sudden I’ve had I don’t even know how many million people view something that came from my hands and is now involved with this film.” 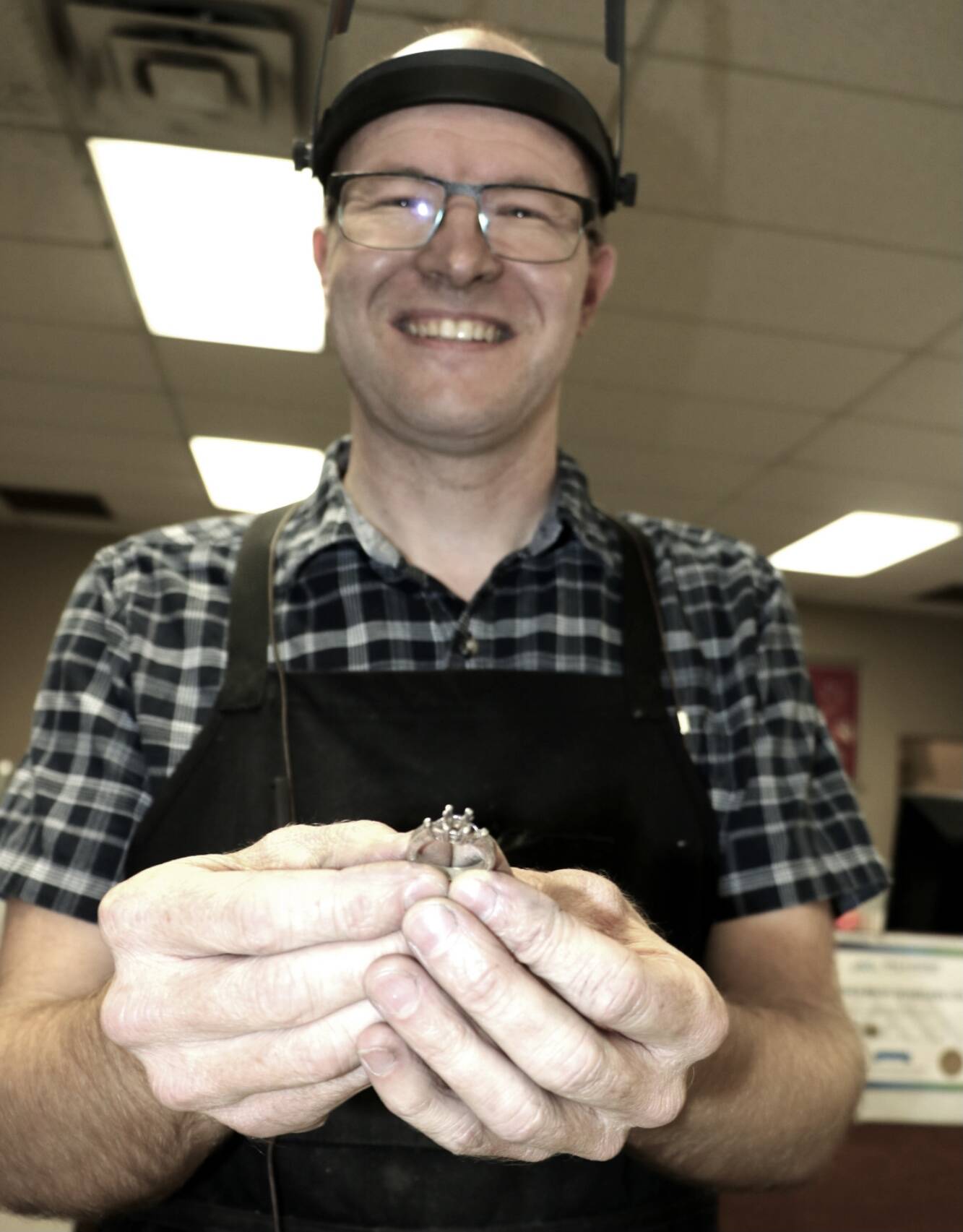 Taylor has a unique skill set, with a diploma in structural/architectural design from BCIT, and a diploma from the Vancouver Film School in computer graphics and animation, he helped in the development and implementation of the MIDAS facility in Trail.

Former Times reporter and Writer’s Block creator Val Rossi also pitched in. According to Wagner, she was instrumental in helping with the publishing of the newspapers and connecting him with Kootenay Mountain Culture magazine for placement in the movie.

“There are a lot of stock things that they probably could have used for a production like that, but to actually have Paul (Wagner) come in and go ‘Hey, let’s make it something a little different, use your creativity and we’ll come up with something really cool,’” said Durkin. “So it was really fantastic.”

The home-based talent showed Wagner that there is the capacity to have a props manufacturing hub in the area.

“It’s really cool to be able to work with people who are super talented and really get that kind of world that I am in, and they are right there in Trail, so that’s very handy,” said Wagner. “The ability to do that kind of manufacturing in the area is definitely available.”

Wagner compares West Kootenay to the Weta of B.C., a New Zealand organization that is a standard bearer for creativity and innovation in visual effects and animation.

Wagner also was Props Master for 2021 releases Antlers and the GI Joe saga Snake Eyes. He also lent his skills to the Ryan Reynolds blockbuster movies Deadpool and Deadpool 2, where the props and budgets came in on a massive scale.

“Antlers is not what I would call a prop-heavy show, for me the size and scale is quite different having done massive feature films, that are like a $200M movie that is super hero or fantasy based movie.

“Those ones they’re much more involved, it’s more complicated when you build a world.”

A scarred and chiseled, walking armoury, Cable’s menacing appearance is softened only by a soiled Teddy Bear attached to his belt.

“Cable was one of the characters that is my claim to fame in Deadpool 2, Josh Brolin’s character.”

In the future, Wagner sees these initial efforts spinning off into more opportunities for local business and potential enterprises directly related to the film industry.

“I’m trying to use as many manufacturers as a I can locally and hopefully be able to, in my mind, have a sustainable film industry in the Trail area would be awesome.”

QUIZ: In praise of medical professionals