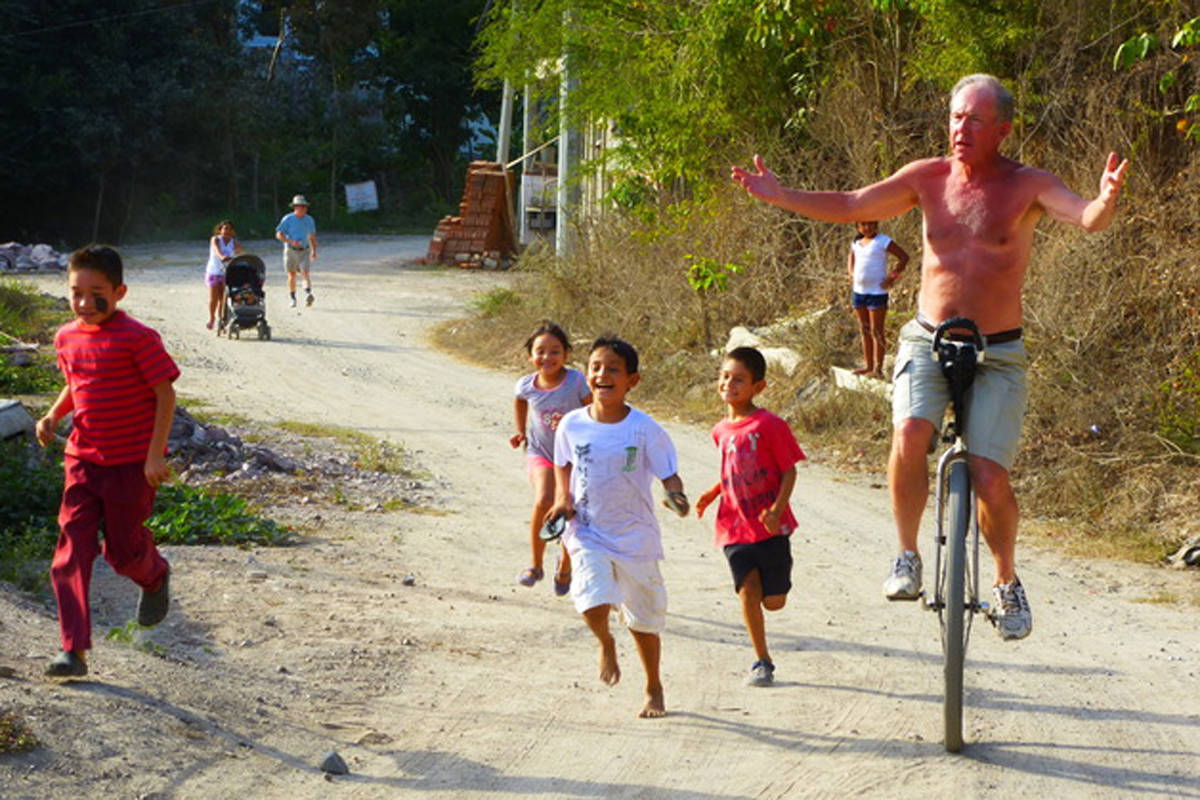 White Rock’s Dal Fleischer riding his unicycle in Mexico. Fleischer as part of a miniature circus school for children in the country. (Contributed photo) 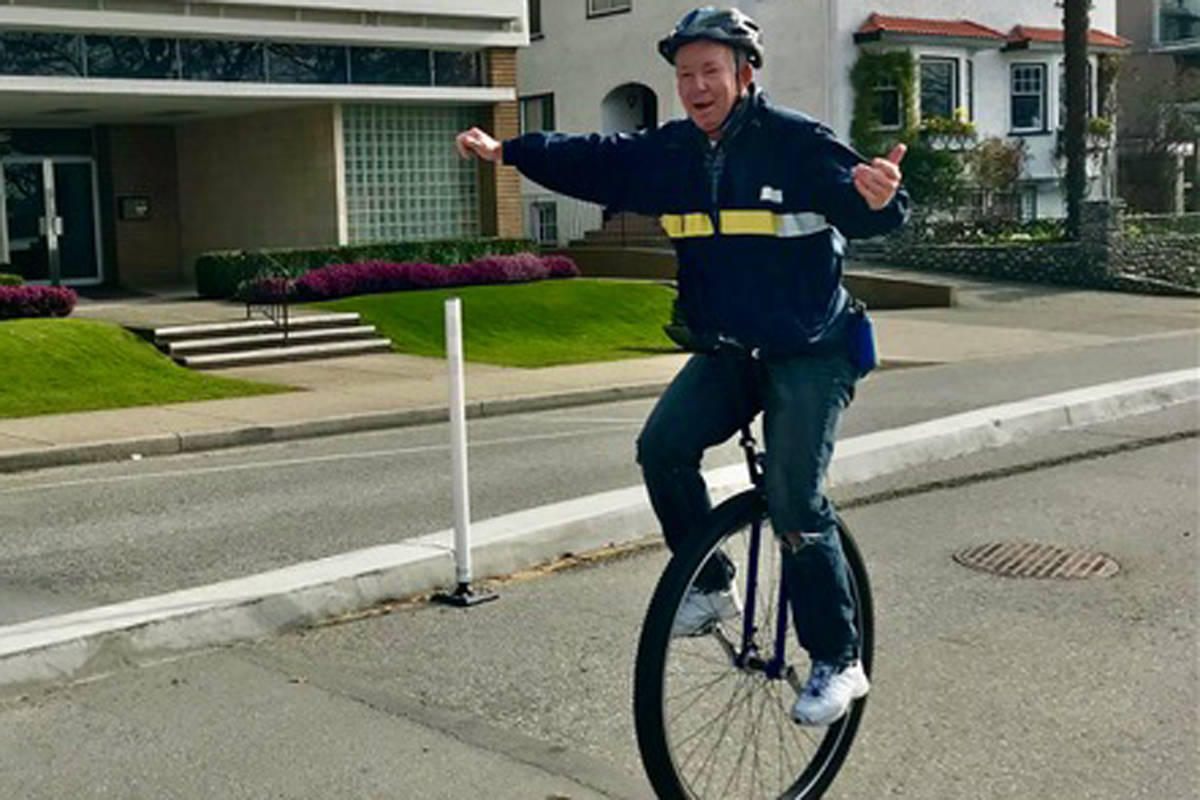 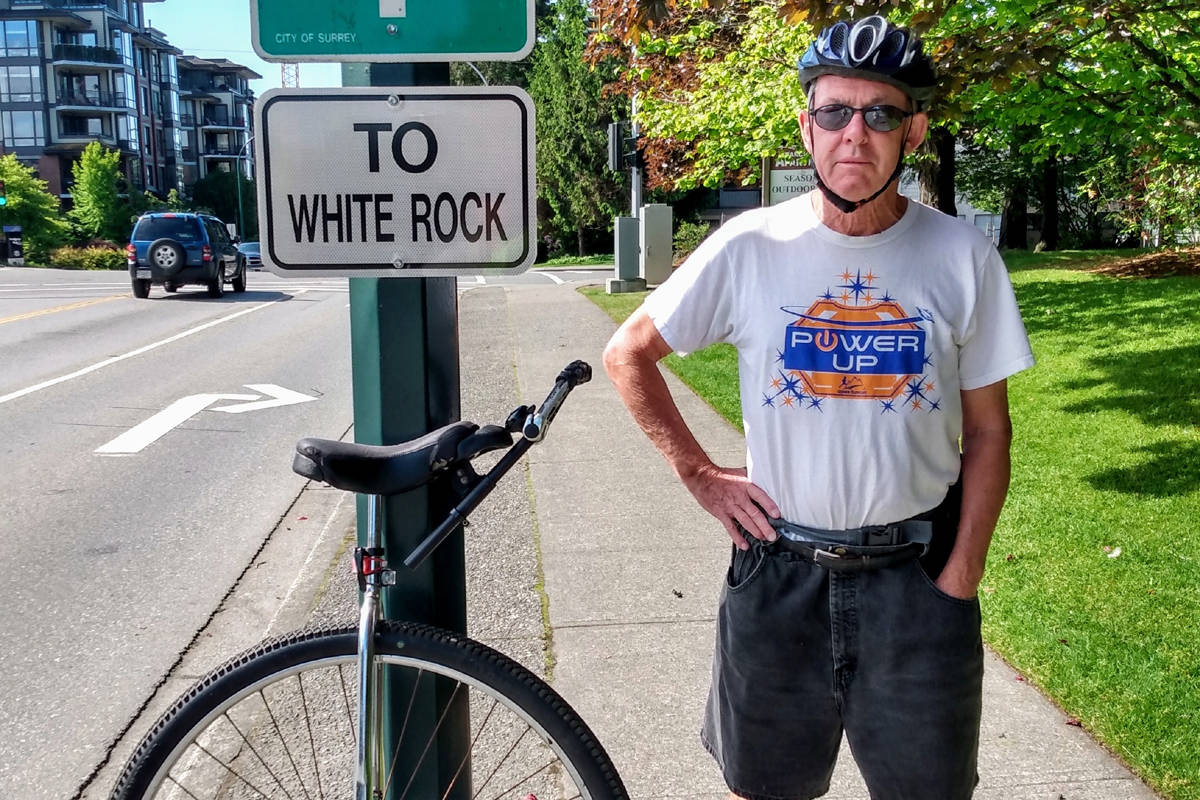 White Rock’s Dal Fleischer said White Rock is one of his favourite places to ride his unicycle. (Contributed photo) 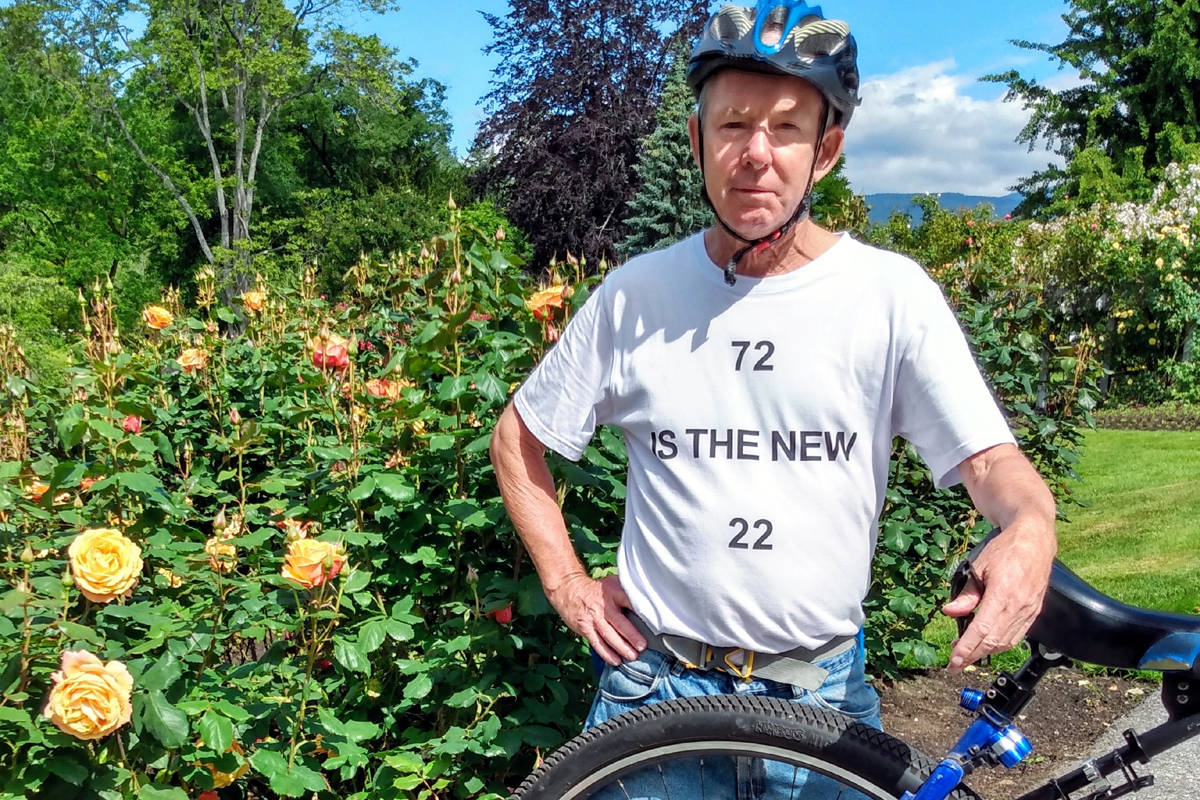 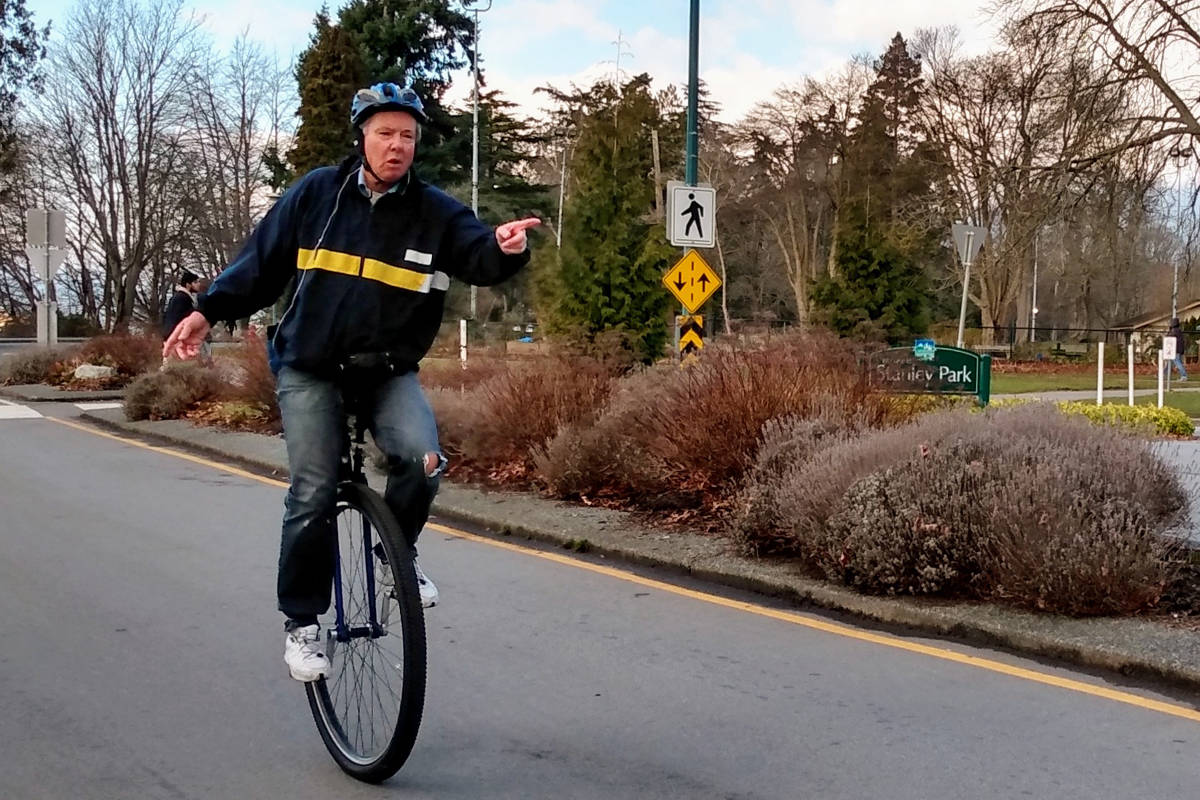 When Dal Fleischer was 55 years old, he had his life under control, however, a little instability was still desired.

So, naturally, he taught himself how to unicycle.

Officials with the Canadian Association of Retired Persons contacted Peace Arch News this week to share a recent milestone achieved by Fleischer, who is now 72 years old.

Riding on one wheel for about 30 kilometres a day, the White Rock resident recently reached a milestone – he’s logged 40,075 kilometres, a distance equivalent to the circumference of the world.

Fleischer belongs to an online group of unicyclists that track their distance using the Strava application, which was initially released in 2009. It’s quite possible the senior completed the milestone once before, but this time he has an official record, which has been reviewed by his peers.

Fleischer, a lifelong athlete and cyclist, fell in love with the one-wheel bike after teaching himself how to ride. He started small, and eventually graduated to a 36-inch wheel.

He has taken his unicycle all over the world, but locally, he said, his favourite places to ride are in South Surrey and White Rock.

While you won’t see him climbing up Oxford Street, Fleischer said the one wheel manages quite well on the hilly seaside.

“You have to have quite substantial muscle in order to ride the large unicycle,” he said.

Part of his motivation are the friendly smiles, waves and cheers from Semiahmoo Peninsula residents while he’s out on a daily trek.

Some days, of course, he can’t ride his unicycle due to the weather. High wind seems to be among the biggest challenge.

“Wind is a problem because headwind is tough slogging and the problem is winds aren’t constant,” he said. “It comes and goes and you can’t see it coming. I’ve had times where it’s just blown me right off the unicycle and I couldn’t get back on.”

Now that he’s completed his milestone, Fleischer, who turns 73 this month, has set a new goal that’s out of this world.

Warm glow of Christmas still shining in some B.C. homes

Golden to soon be home to tallest suspension bridge in Canada