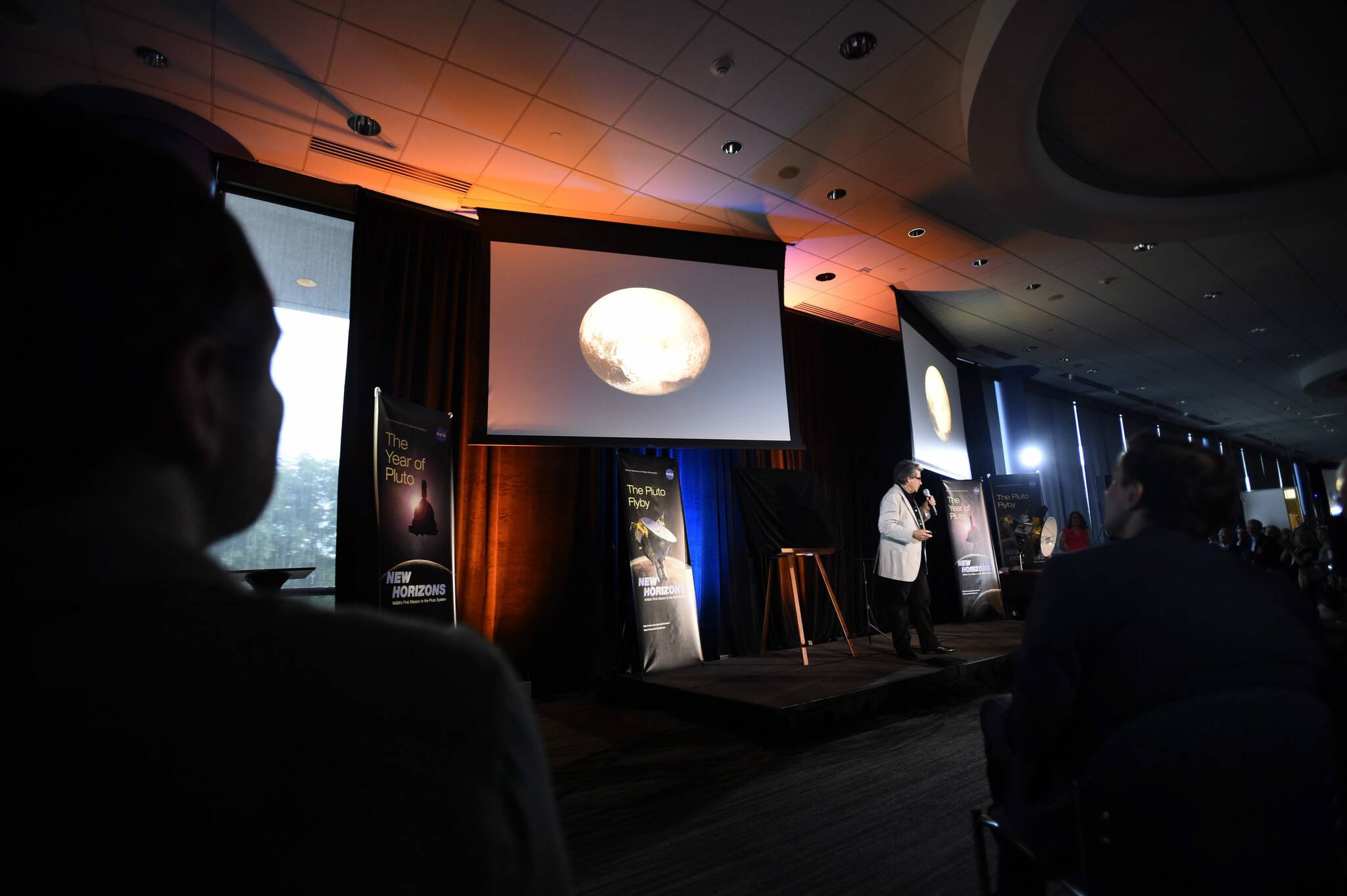 In late August 2006, new discoveries upended a traditional, comfortable way of viewing our solar system: Scientists decided Pluto wasn’t a planet after all.

Some space nerds like to mourn Pluto’s loss of status — or celebrate the progress of science — by commemorating each Aug. 24 as Pluto Demotion Day.

To understand the significance, you have to go back to the 1800s, when astronomers noticed irregularities in the orbit of Neptune, the eighth planet. That led astronomers to look deeper into space for a theoretical Planet X.

Eventually they discovered tiny Pluto pursuing an oddly tilted and elongated orbit that ranges between 2.8 and 4.6 billion miles from the sun. It takes Pluto 248 of our years to run around the sun just once.

Scientists kept searching, and by the 1990s they were busy discovering many similar-sized objects in the same distant range of space — what turned out to be a second and far larger asteroid belt than the familiar one between Mars and Jupiter.

Thousands of large objects have been cataloged so far in that outer belt, the Kuiper Belt, and at least 200 of them are bigger than Pluto. Overall, the Kuiper Belt probably contains “hundreds of thousands of icy bodies larger than (62 miles) across and an estimated trillion or more comets,” according to NASA.

Maybe Pluto wasn’t so special after all. The International Astronomical Union felt obliged to formally define “planet” for the first time and to grapple with Pluto’s fate.

A planet, the IAU decided, is a celestial body that:

— exerts sufficient “self-gravity” to pull itself into a “nearly round” shape, and;

— exerts sufficient gravity to dominate and clear its orbital neighborhood, either by slinging away or swallowing up smaller objects.

Pluto has the first and second criteria covered, but its gravity is just too weak to check that third box. It turns out to be just another icy stone plodding around the Kuiper Belt without sufficient gravitational oomph to clear its own pathway. On Aug. 24, 2006, the IAU designated Pluto and its many little buddies “dwarf planets.”

That’s gotta hurt, but Pluto has retained many fans and defenders — especially Alan Stern, lead scientist of the New Horizons space probe, whose 2015 flyby photos reveal a geologically complex world with mountains, a possible ocean and a thin atmosphere.

There’s also a mysterious, vast (1,000-mile-wide) light-colored region that looks uncannily like a valentine heart, which may be made of ice and snow. New Horizons took astonishing photographs of Pluto’s five moons, the smallest of which is just 10 miles across.

Complex geology should be added to the definition of “planet,” Stern has said, arguing that Pluto should be readmitted to the celestial VIP club.

In 2007 the American Dialectical Association coined the new verb “to pluto,” meaning “to demote or degrade.” The association noted “the great emotional reaction of the public to the demotion of Pluto. … (W)e still have a sense of connection with the former planet.”

You may want to check in with cold, lonely Pluto on Wednesday, its Demotion Day. Alas, the dwarf planet is so tiny and distant, you can’t see it without a telescope.

If you do have a telescope, here’s what to know. On Wednesday, Pluto rises in the east-southeast just after 6:30 p.m. lingers low over the southern horizon (below triangular constellation Capricornus, the goat) as it passes westward, and sets again in the west-southwest at about 3:15 a.m.

For many months after that, Pluto will rise and set earlier and earlier, making it even tougher to see. Try again in July 2023, when Pluto rises in the late evening and doesn’t set until around 7 a.m.

RELATED: Mars robot worked on by B.C. scientist powers down as dust settles over solar panels

RELATED: Landmark new super space telescope has Canada’s maple leaf all over it

Looking to save some money this back-to-school season? Here are some tips

PODCAST UPDATE: The Porter Family – Flying around the world