Whether shopping for the kids, mom, or dad – maybe even the grandparents – there’s a series of toys on the market that are appealing to all ages.

Funko’s POP figurines were introduced to the toy market about a decade ago, but this Christmas season they’ve skyrocketed to the top of the must-have toy list, said Matthew Purdy, owner of Toy Traders.

Purdy credits tremendous marketing and massive licencing rights for the profound popularity of these toys that typically stand less than six inches tall and come in literally thousands upon thousands of different pop culture themes – everything from sports to movies, television show to Disney and Anime characters. He even held up a plush POP Fruit Loops box, and noted they have created a box of macaroni and cheese and a can of Spam that sell out the day they arrive.

Unpacking a shipment of four skids of the toys on Tuesday – Purdy noted the shipment was weeks overdue because of the floods. That said, he still expects to sell out of most of the toys before Dec. 25.

The demand is so great, Purdy explained, that he has assigned one full-time staff member just to contacting the 600-plus people on a waiting list for POP toys.

“I never thought seven years in this location that the first aisle when you come in would still be Funko POP. Everyone thought it was a fad. But, it’s been around too long for that. Now, it’s like LEGO. It’s established itself,” he said.

The standard price for this year’s top toy is about $15 and up, but the cost for some of the most collectible editions can garner upwards of $1,000, he elaborated.

While POP dominate the toy market this season, and take up several of the most prominent aisles in his independent toy store, they’re not the only must-have toys for this year’s gift-giving season.

The others rounding out the top-five list are more traditional or established toys, Purdy said.

Also high up on the priority list are board games and puzzles.

One of the few silver linings to come from COVID was together time for families. Even though it was forced by the pandemic, parents found ways to keep themselves and children occupied, and puzzles and games were high on that list, Purdy observed.

And even as restrictions are lessening, people are still piecing together puzzles and playing games at amazing rates.

“It’s because they kind of like that family time… people truly have a renewed appreciation for that time together,” he said.

Also high on the children’s wishlists this holiday season are plushies.

Stuff animals for a while were almost shunned, Purdy said. But he’s dedicated some significant space to a variety of styles.

“A surprise to us this year is how popular plush has become,” he added.

“It’s blown up in the last few months… I think a big part of that now is companies are doing really cute things like this huge avocado,” Purdy said, holding up one of the Jellycat series – a brand that depict everything from animals to food items.

“The word adorable is used quite often,” he said, not only of Jellycat but many of the plush toys on the market now.

“We think it’s possible people are just wanting more cozy… they just kind of gives you that warm feeling, especially during these times when it’s more challenging.”

And not to be forgot on the top-five list are two toys aimed at stimulating creativity and again proving popular not only with just the kids, but adults alike – LEGO and Playmobil. With the manufacturers recognizing the collectibility of pop culture toys, and by partnering with key licence holder, both companies are now producing pieces that speak to young and old alike. 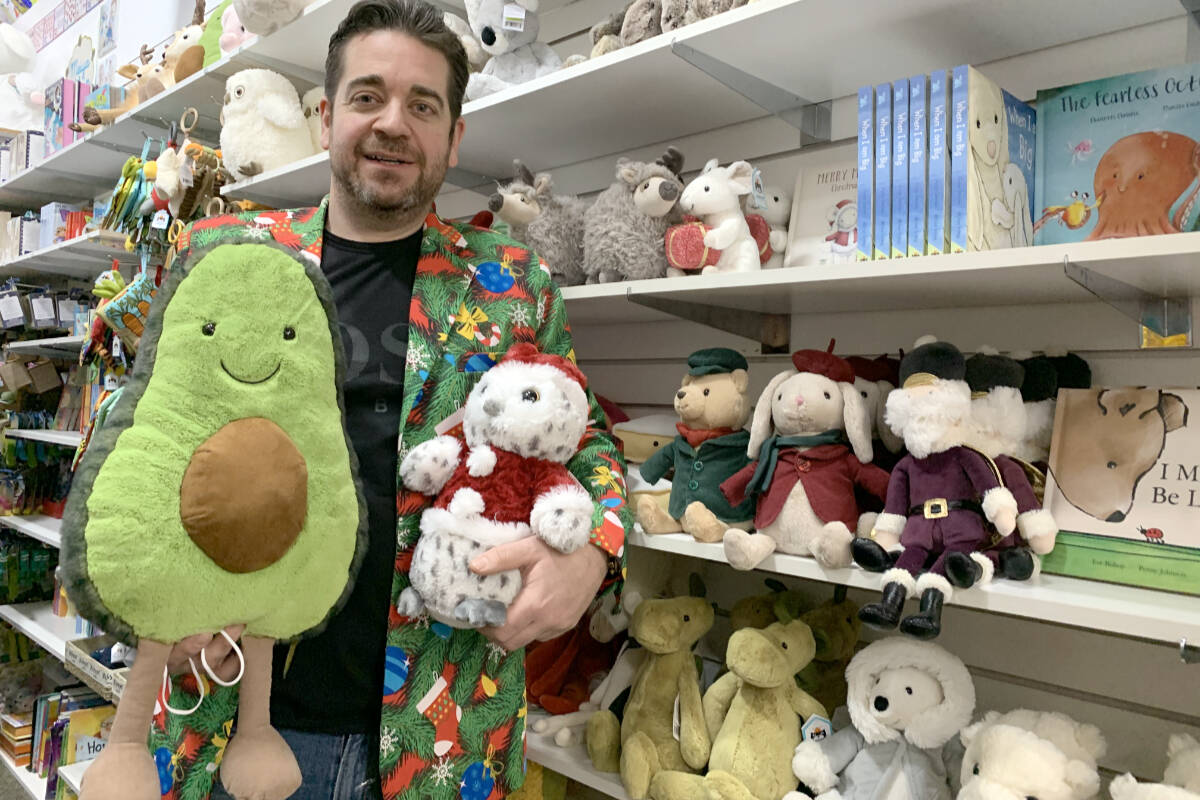 Business is up heading into 2022, but so too are worries about paying off COVID debt