A Langley woman is one of the major donors to a new B.C. Children’s Hospital facility that opened last week in Vancouver.

Ann Blaauw, who’s been recognized for her generosity to her hometown of Langley through the year, was singled out as one of the major contributors to a new facility that opened up on the campus of BC Children’s Hospital’s. It’s the new Sunny Hill Health Centre for Children – the only pediatric rehabilitation and developmental services facility of its kind in B.C.

While many entities and individuals helped to create the facility, Linda Nishida spotlighted the Blaauw family’s contribution in what she called a “huge way.”

In fact, a part of the new facility will bear their name.

RELATED: MP gets a look at the Blaauw Eco Forest in Langley

“Ann is a long-time Langley resident who describes herself in many ways: Farmer, business owner, mother, grandmother. But one other word that’s evident to everyone else around her is philanthropist,” Nishida said.

“Not only has she so generously given to many local organizations and causes, changing lives in the process, but most recently, Ann took a private tour of the new Sunny Hill Health Centre facility she helped to support… As one of the most generous donors to the Sunny Hill enhancement initiative, one of the spaces there has been named the Blaauw Family Hilltop Patio, honouring her commitment to kids in the province,” Nishida explained.

Children and youth from across the province, who need specialized acute rehabilitation and developmental assessments, now have a state-of-the-art facility at the new Sunny Hill Health Centre, which opens to patients last week.

This new facility is part of the third and final phase of the $676-million BC Children’s and BC Women’s Redevelopment Project which also included construction of the Teck Acute Care Centre and BC Women’s Urgent Care Centre.

The new Sunny Hill facility, made possible in part through provincial funding, also counted on more than $14 million in funds raised from the community, including a contribution from Blaauw.

“It seemed evident to everyone around her that she truly embodies the spirit of a philanthropist – all while breaking the mold of the label,” Nishida said.

“[Blaauw has] spent the majority of her life living the tough life as a farmer – which included long, back-breaking days of hard labour – week after week, year after year. Working side-by-side for years with her now-late husband, Tom, tending to the area’s first cranberry farm as well as her family’s poultry farm, she’s now able to see the fruits of all her labour decades later – and share its bounty with her community.”

She was a major contributor to the Langley Memorial Hospital’s new ER and MRI suite under construction.

And, her family donated more than $5 million towards the purchase and preservation of a 30-acre Glen Valley eco forest now owned by Trinity Western University and bearing the Blaauw family name.

Blaauw is still described as being loyal to her roots, but the impact of her generosity and compassion is now being felt beyond her local community – reverberating throughout her home province.

“Her significant support of Sunny Hill reflects those roots – her values, her beliefs. She has always believed that kids were our future. And now, with years of hard work behind her, she has the means to help put that belief into action,” Nishida concluded.

BC Children’s Hospital Foundation president Teri Nicholas echoed gratitude to five of the larger contributors who donated more than half of the $14 million, including the Blaauw family, Dr. Hilary and Patsy Hui, the Djavad Mowafaghian Foundation, Peterson, and the Lalji family.

“We are tremendously grateful for the heartfelt support of our incredible leadership donors,” Nicholas said. 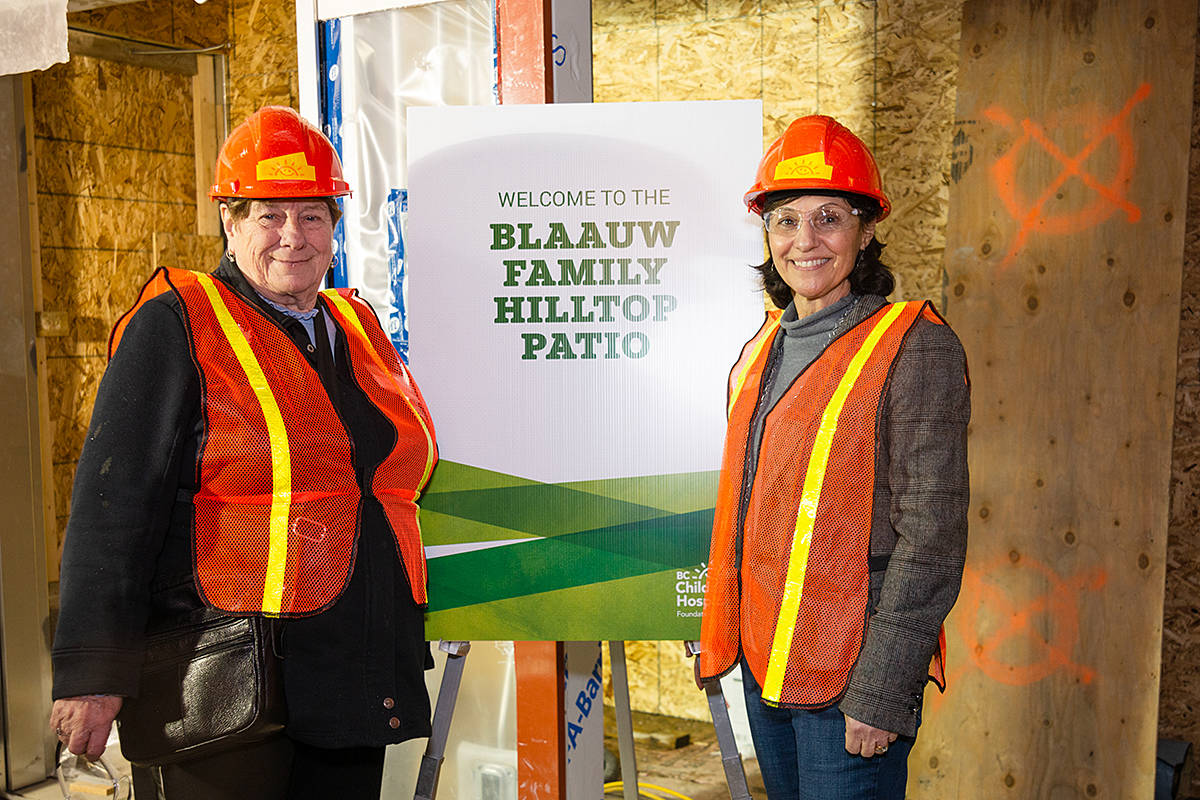 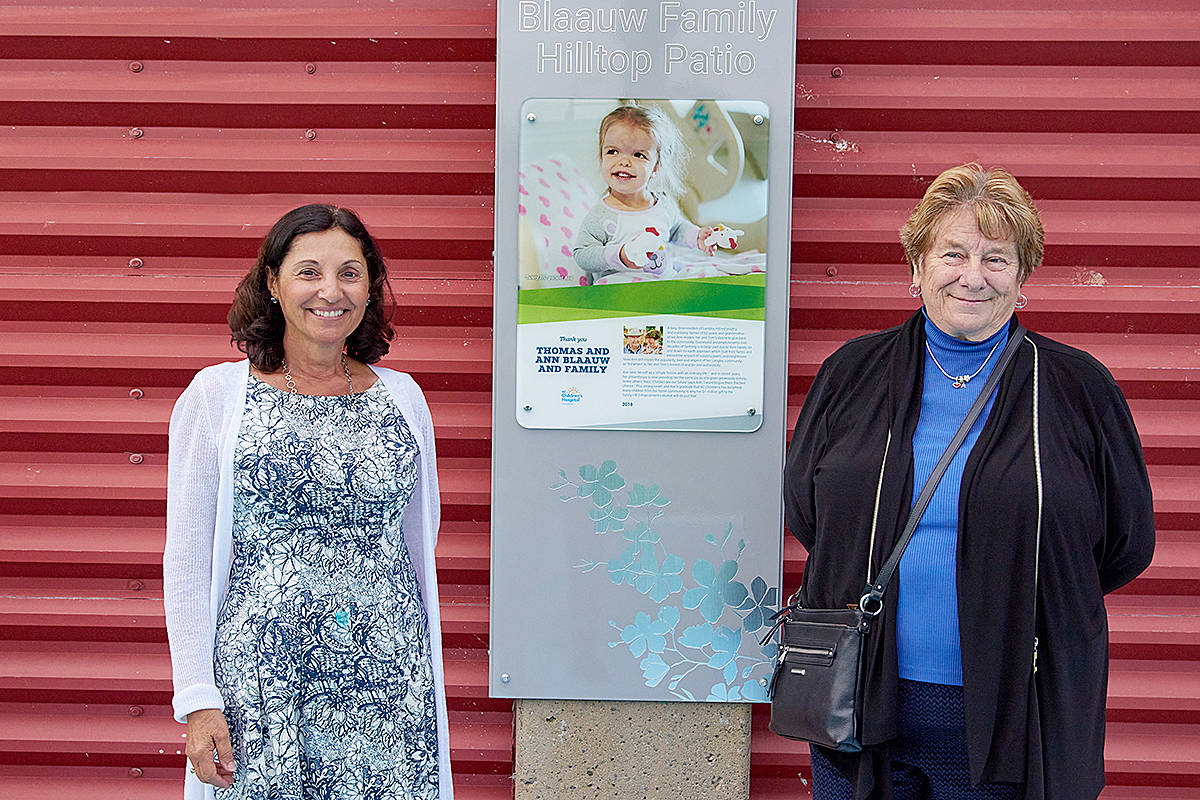 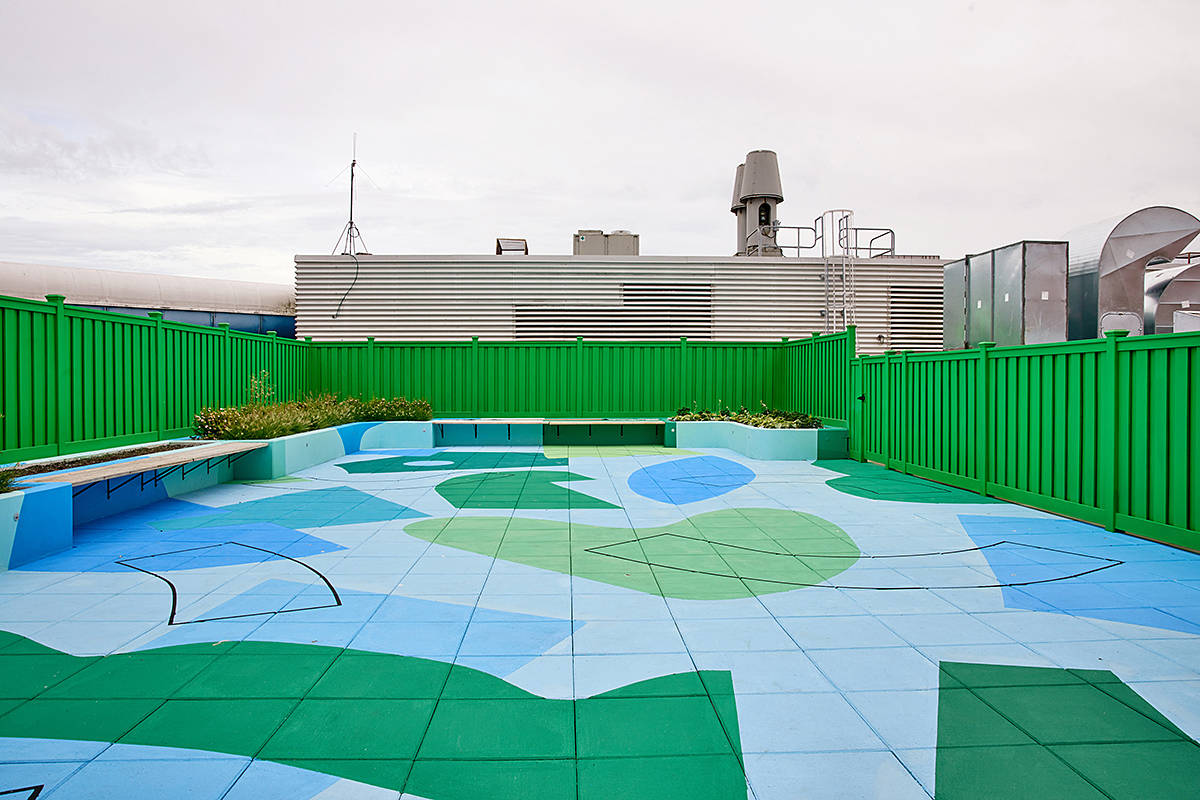