Langley Township paid on-call firefighters are out spreading Christmas cheer this month, as the annual Candy Cane Runs take place across the community.

Firefighters from all six of the Township’s firehalls take part in the events, which see them slowly drive through their local neighbourhoods, playing Christmas music, escorting Santa Claus, and collecting donations for local food banks and other charities.

“It’s a blast,” said Steve McLay, a firefighter and one of the organizers of the event, which runs through the Langley Firefighters Charitable Society.

So far, two Candy Cane runs have already taken place, with Aldergrove’s firefighters heading out on Dec. 9, and Murrayville’s on Dec. 11.

The other halls will be out on the following dates:

• Willoughby, Dec. 18, and the crews will be at a house dubbed the North Pole at 2328 Wakefield Drive.

Walnut Grove was the first hall that began doing the annual runs, with Brookswood another long-time participant. All the other halls have joined in over the last few years.

During a run, residents can expect to see firefighters handing out candy canes, to see fire trucks with their lights on and sometimes decorated with extra Christmas lights, and to meet Santa.

The firefighters will be accepting donations of cash and non-perishable foods for local food banks. All the donations will go to food banks within Langley.

The only exception is the Willoughby firehall Candy Cane Run, which will see donations collected for the B.C. Children’s Hospital. 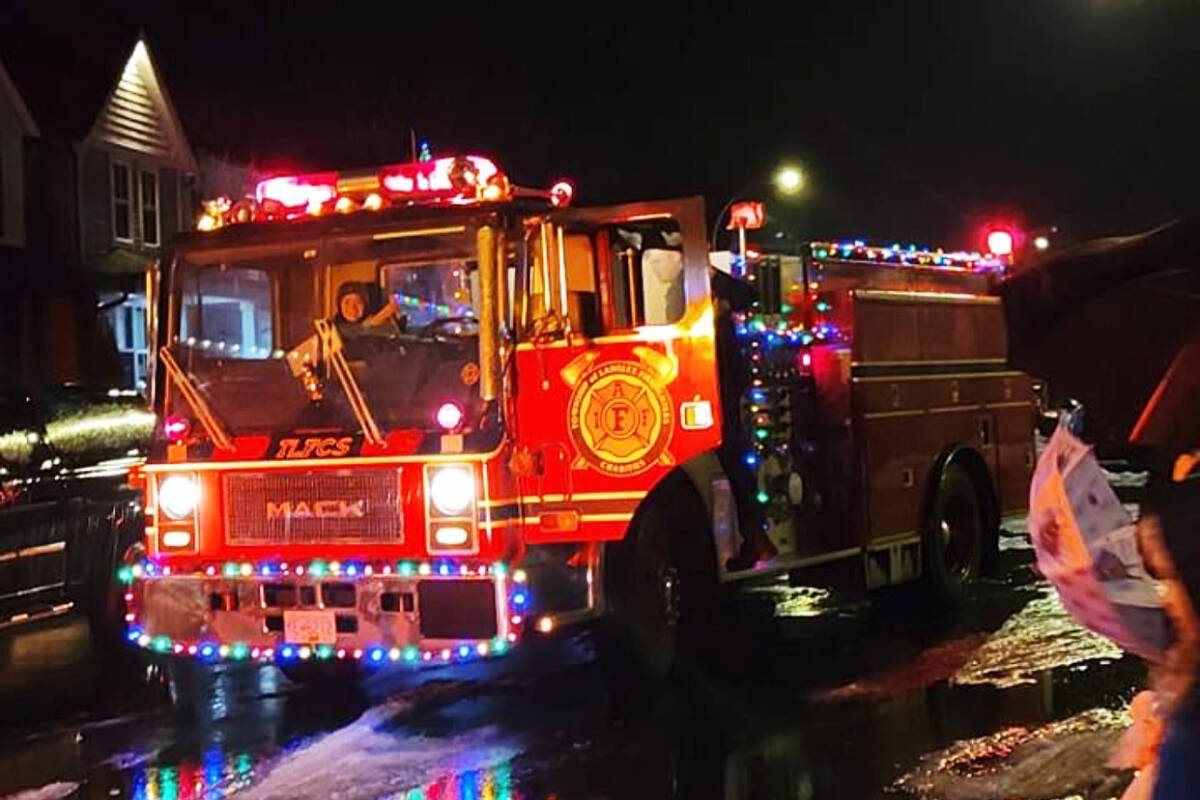 Some fire trucks were decked out in lights in Aldergrove. (Langley Firefighters Charitable Society/Special to the Langley Advance Times)