Not many people get a cottage as a birthday present when they turn 102.

The cottage is named for Agnes McCorquodale at the Valley Therapeutic Riding Association (VTEA) site in Aldergrove.

On March 20, the VTEA dedicated the cottage for the longtime volunteer and named a scholarship fund in her name. The cottage will be used for therapy, counselling and other functions.

“Agnes Cottage is a safe and inviting space for healing for individuals or families seeking help with their mental and emotional challenges,” explained VTEA secretary Brenda Singbeil. “The Agnes McCorquodale Fund will ensure services are available to those who need the financial assistance to access various therapies, not only with our wellness programs but also the therapeutic riding program.”

For more than 25 years, McCorquodale was a tireless volunteer for and advocate of the association.

“Agnes showed a true dedication to volunteerism,” Singbeil said. “The kids she came to love, lovingly referred to as her ‘wee souls’ were the highlight of her days at valley. Agnes left an indelible mark, a legacy needing to be honoured for many years to come.

McCorquodale began as a volunteer leader and sidewalker for therapeutic riding sessions and went on to become an integral part of VTEA leadership. She was a fundraiser and promoter who travelled throughout the Fraser Valley, telling the VTEA story, seeking and soliciting financial and volunteer support. She was a member of the board of directors, including several years as president.

But her biggest claim to fame may be her baking which she found time to do despite being so busy.

“Baking was a hobby that led to supplying goodies for many events, notably the Christmas Open House, and often for the enjoyment of staff and volunteers on regular days ‘just because’,” Singbeil added.

She can’t begin to estimate the number of hours McCorquodale devoted to the organization so that children and adults could benefit from therapeutic riding.

“We cannot think of a better way to honour such a dedicated person for facilitating success in all the lives she touched during her years of volunteering. This fund will be supplemented by donations to support persons in need of equine assisted therapies and counselling,” she said.

Rita Speers, Agnes’ daughter, cut the ribbon to officially open the Agnes Cottage, which was a converted shipping container donated and converted by Ratzlaff & Co. of Abbotsford.

Speers said her mom, who lives in Langley Lodge, would be so honoured by not only the cottage but also the fund. She said if Agnes would have known of a child who wanted or needed VTEA help but could not afford it, “she would have paid for it herself.”

“Mom has always been a huge kid person,” Speers said. “I was an only child and she loved kids and she rounded up the kids in the neighbourhood.”

“The mothers in the neighbourhood loved her,” she said with a chuckle.

Agnes was a war bride. She met a Saskatchewan boy named Gordon at a dance while he was serving with an artillery battalion during the Second World War and they married in 1945.

Along with other war brides, Agnes sailed to Canada on the Lithuania in 1946, with Rita in her arms.

They arrived on the West Coast, living with Gordon on Robson Street before moving to North Vancouver for several years. His parents who farmed in Fort Langley, and in 1970, Gordon and Agnes built a home on the family farm. She would commute daily to her job at Eaton’s in West Vancouver.

Agnes started volunteering when Rita became a Brownie back in North Vancouver. She started a ballroom dance club that saw volunteers go to Essendale mental hospital (later known as Riverview Hospital) to dance with patients.

It was a neighbour who introduced Agnes to VTEA in the 1970s. Many people who get involved with VTEA are horse people. Agnes was not.

“My mother didn’t know one end of a horse from another until she met my dad,” Speers joked.

Even though Agnes was still working at the time, she was determined to get involved with VTEA.

“From that day forward, she just never looked back. She just loved it,” Speers explained.

• READ MORE: John didn’t think anyone would care about his 100th birthday 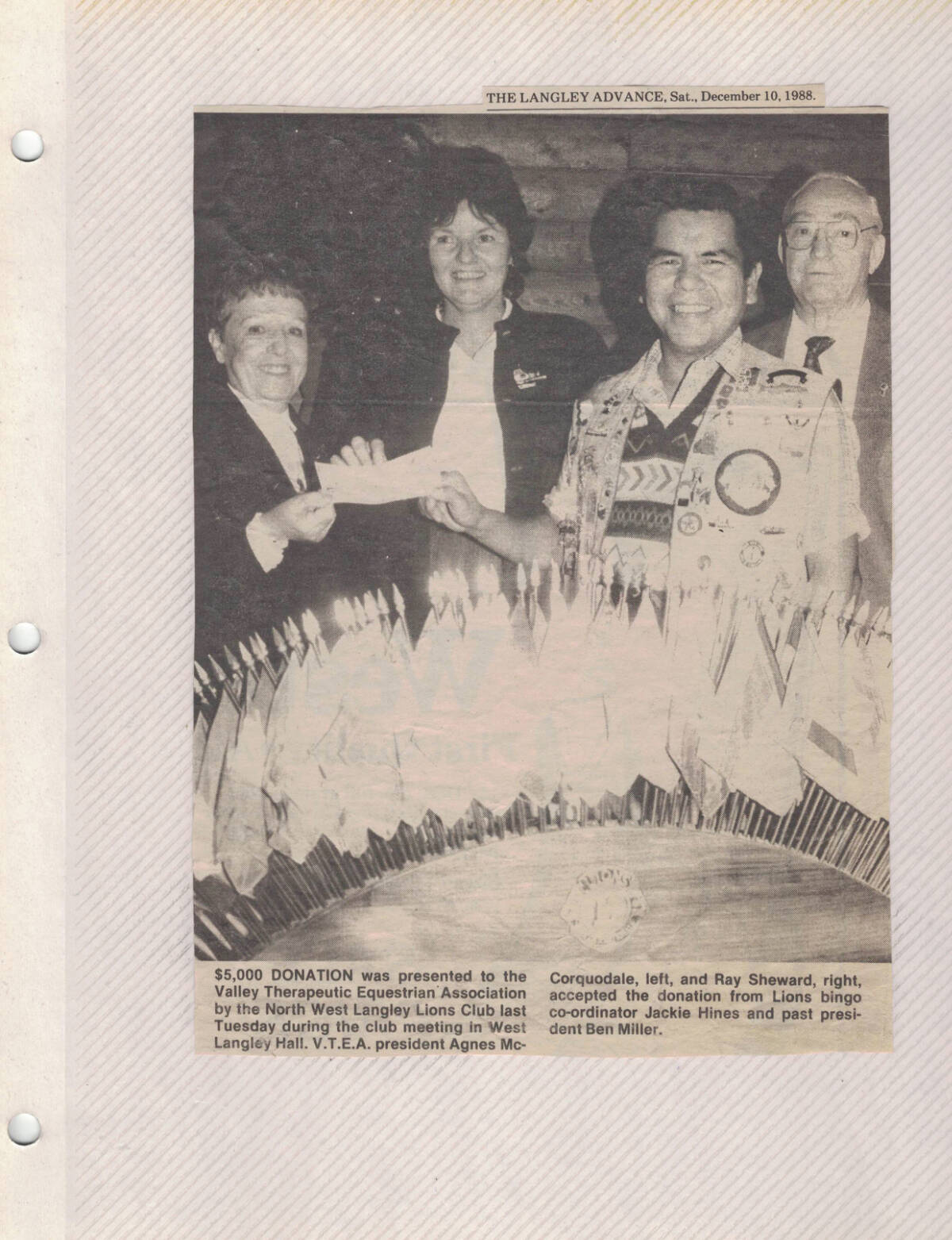 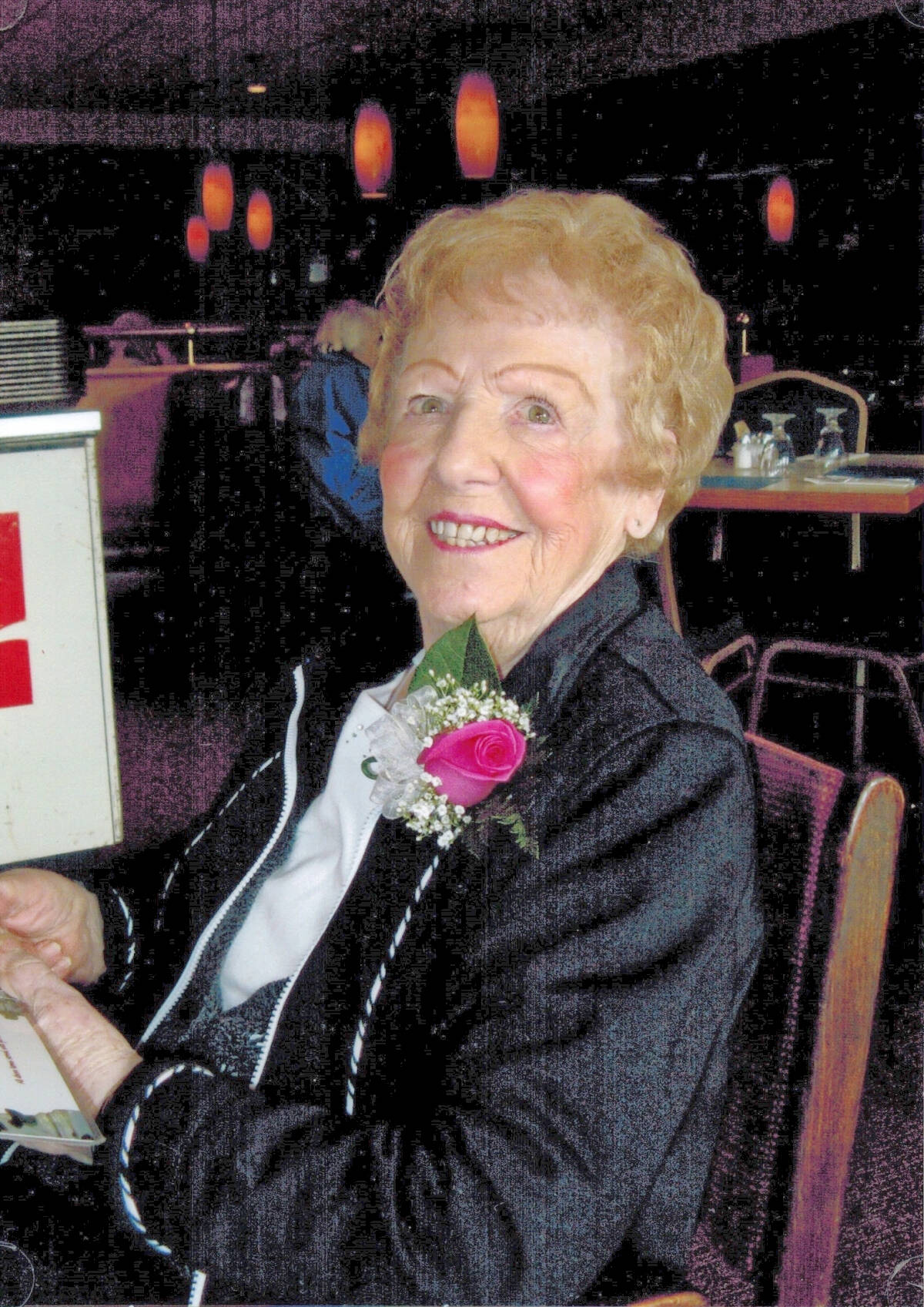 Agnes McCorquodale was a longtime volunteer with the Valley Therapeutic Equestrian Association. (VTEA/Special to the Langley Advance Times) 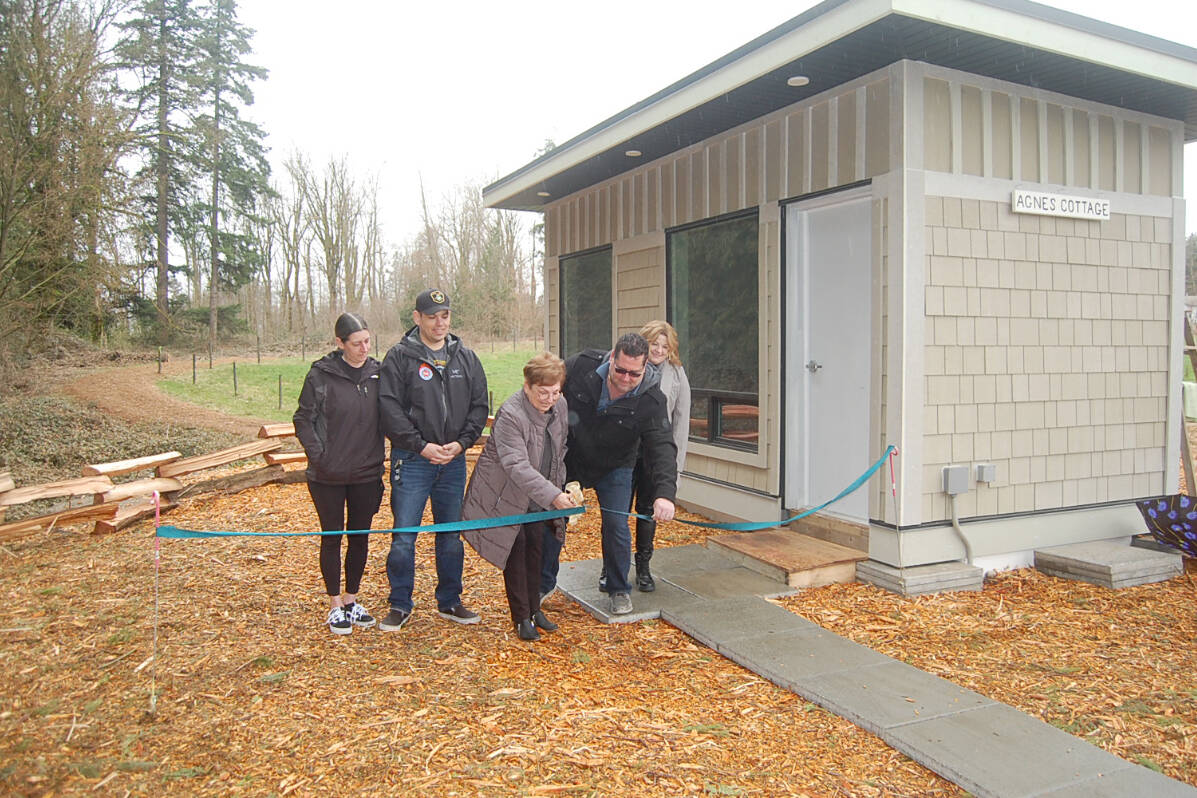 Rita Speers cut the ribbon on the Agnes Cottage. Also attending the ceremony was her sons and daughters in-law, Michelle and Aaron Speers, and Russ Speers and Barb Speers. (VTEA/Special to Langley Advance Times)