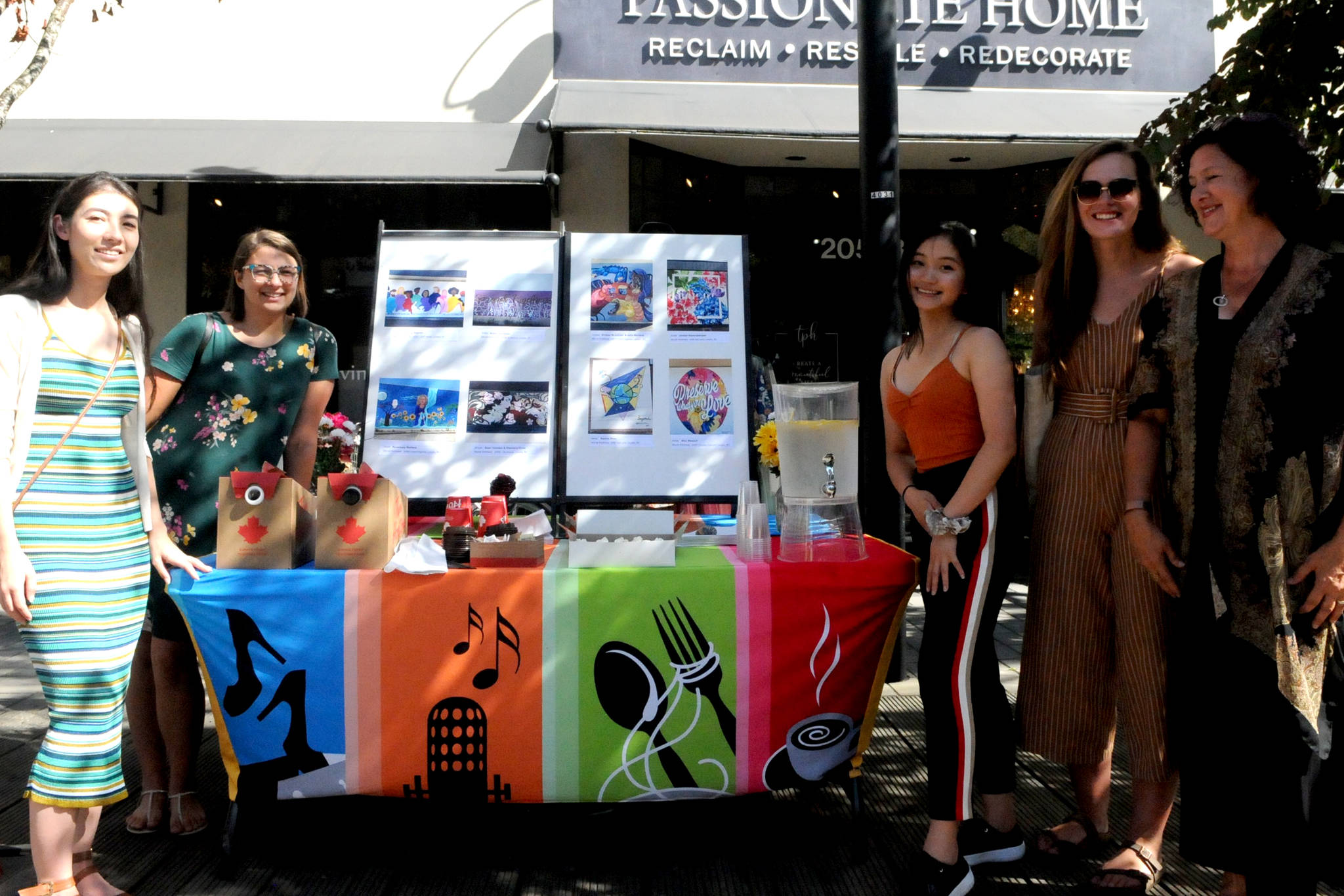 Langley City walls are completely covered with colour – six local artists were chosen to take part in a mural contest, which were officially unveiled on Wednesday, Aug. 28.

The Downtown Langley Business Association (DLBA) launched the Student Mural Competition in 2018, encouraging secondary and post-secondary students to submit renderings for consideration by a panel of judges.

Bethany Haynes, 21, is a Trinity Western University (TWU) digital design student who’s work was chosen to go up on a Langley City wall.

“Our painting professor suggested to the class that we submit something,” Haynes recalled. “I think we were told about it in March, I designed my idea in April, and then it was chosen in May.”

Just in the knick of time, Haynes just put the finishing touches on her mural – located at Annora Restaurant, 5572 204 Street. Haynes said it took her two weeks of six to eight hour days to complete.

”I was really excited and Teri James (DLBA executive director) was really flexible about dates. The mural itself is a two-dimensional abstract design of 11 figures representing different groups of people that live in Langley,” Haynes explained.

Underneath the people in the mural is the phrase “my city” or “my home,” written 11 times in 11 different languages. Haynes said while she was painting, she actually got a women who speaks Punjabi to write the phrase in that language on mural.

“I’ve moved so many times in my life, I know how difficult it is to feel part of a community,” Haynes added about her inspiration – recently moving to Langley from Victoria.

The opportunity came after local artist Judy Pohl of Judy’s Custom Art Services began donating murals in attempts to beautify the downtown core. Her efforts have since evolved into a guided mural walk tour that has been offered all summer through the DLBA.

DLBA Board Chair Carole Ward said Pohl’s work really opened the doors for what was possible for size and scope of local art in the community.

“We realized that by hosting a competition we could potentially allow more artists the opportunity to paint a mural in Langley City, without there being any cost to them except their time,” she said. “We were delighted with the success of the contest.”

While the DLBA picked up the tab for material costs, Cloverdale Paint Langley was a major sponsor of the mural competition – supplying the necessary colours and even working with the artists to select the proper tools.

Additional to Pohl’s sixteen murals and the competition winners, five businesses have also enlisted the services of local artists to add colour and designs to their building walls.

The DLBA will include all new works in a revised addition of their mural walk brochure later in the year.

To officially celebrate the beautification project, people were invited to meet the student artists in person in McBurney Plaza at 3 p.m., Wednesday, Aug. 28, where a small ceremony and tour took place. 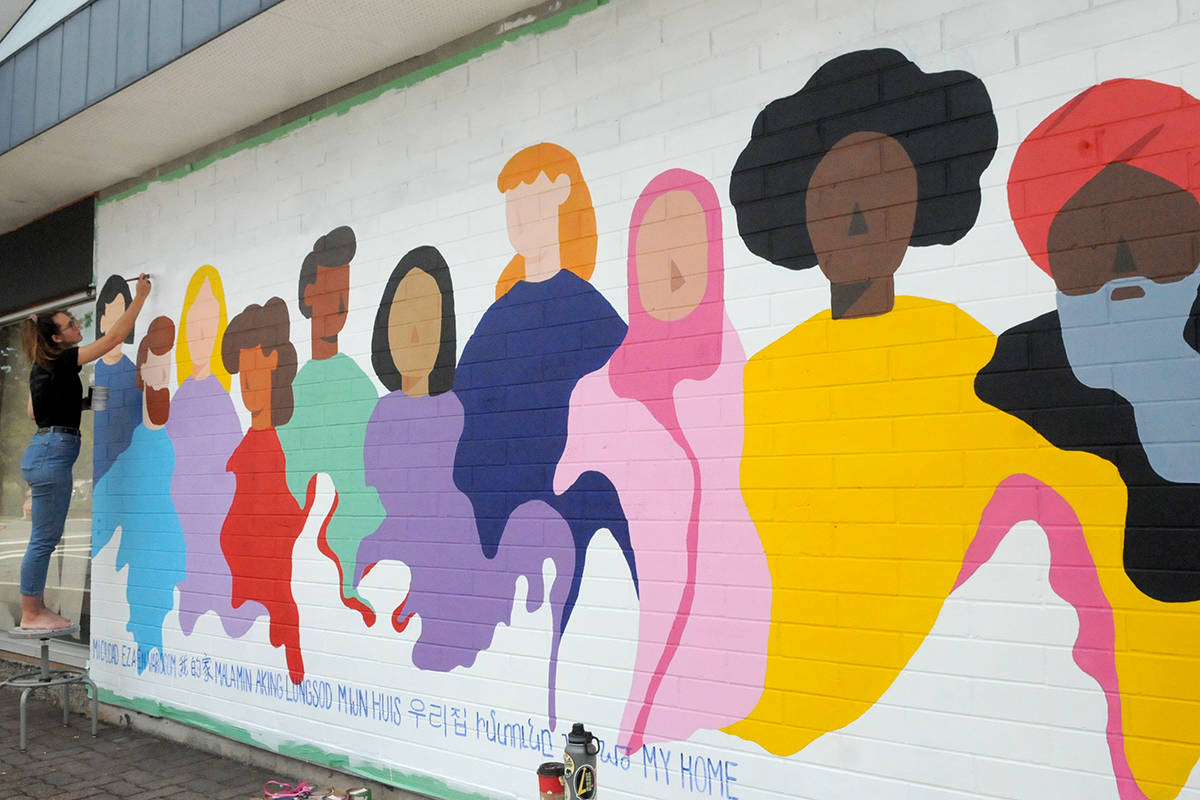 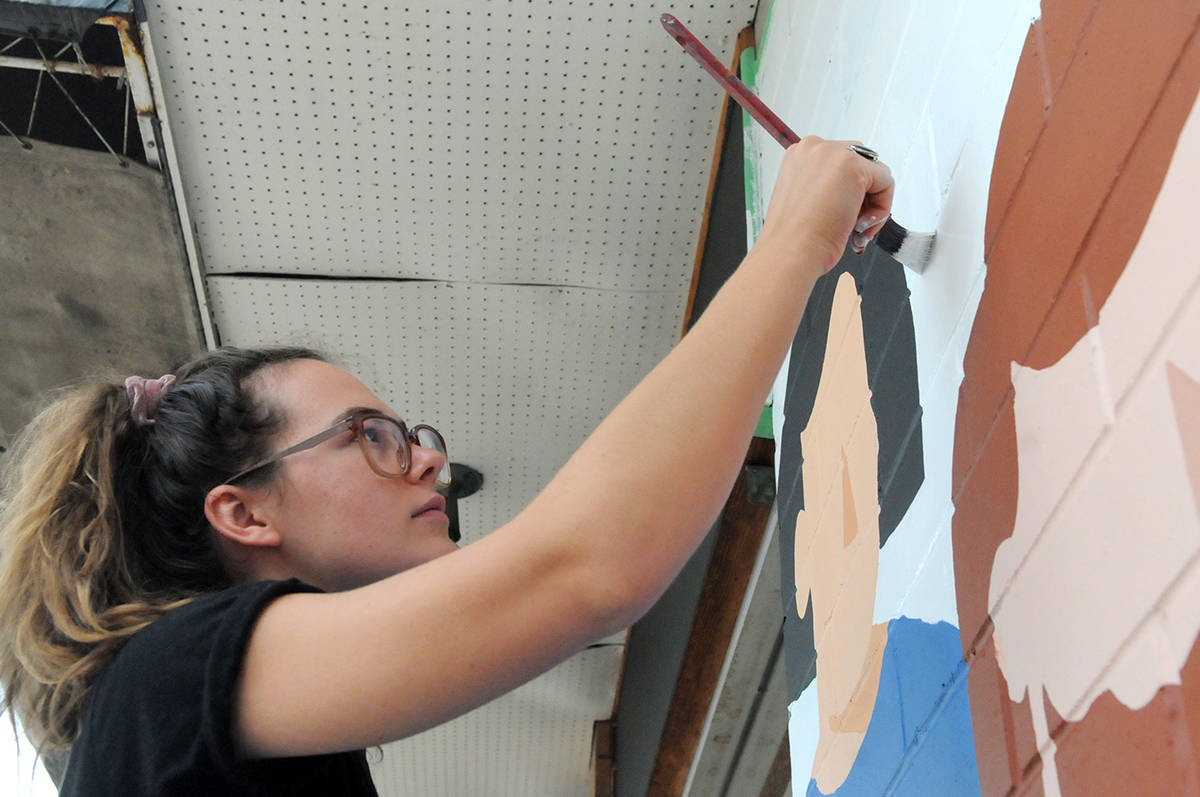