Marjorie Mazerall might be suffering from dementia, but that didn’t stop the 97-year-old army veteran from trudging into the Downtown Langley Business Association offices Monday to pick up a “priceless” gift.

Mazerall, who served with the army on the homefront in Kitchener, Ont. during the Second World War, was one of 25 Langley veterans whose likeness was selected for a series of banners hung on City’s street posts in the days leading up to Remembrance Day each year.

Ten years ago, the business association kicked off the banner project by commissioning the creation of the special cloth tributes. Initially 25 Langley veterans were profiled – several have since passed away.

As the DLBA prepared to replace the decade-old banners with new tribute banners this year, executive director Teri James made a plea to find any of those initial veterans or their families – to gift them the old banners.

The response, James said, was swift and overwhelming after the initial Langley Advance Times story.

Five pictures of veterans appeared in the paper, and within as many days, those veterans – or family members – had reached out to claim the banners bearing their pictures.

Mazerall was among a handful of veterans or loved ones who have since collected the huge fabric photos.

Grateful for the gift, she and her daughter Brenda, son-in-law Marvin, and grandson Mike, picked up the banner in person this week – and while doing so stopped to admire the new series of banners hanging along the main drag.

They were all a little taken aback to see the old banner – which Mazerall was given – as well as a new banner, both emblazoned with huge picture of her.

Similarly, H.D. Freeston saw the initial newspaper story last month, where James was reaching out to connect with portrayed veterans or their families.

Freeston, a resident of a Walnut Grove care home, picked up his banner a few days later when he came downtown for his regular hair cut at Friends Barbershop.

He was beaming when he received the banner, James recounted.

“He was just stoked, showing everyone in the barbershop and anyone else around,” she said.

“They’re heroes, and they served our country. It seems the very least we can do… it’s so worth the effort to give them these banners.”

James also heard from the great granddaughter of one of the female veterans portrayed on the banners, Dorothy Kelley.

The young relative was reading the newspaper while sitting with her great grandmother in hospital. That’s when she spotted the matriarch’s picture and learned of the banner giveaway.

She went down and picked up the banner almost immediately, and was able to share it with her great grandmother prior to her passing a short time later.

“Judging from the expressions on people’s faces when they pick them up, it’s worth the effort to find the homes for these.”

There are still 20 banners that she hopes will be collected, including three depicting veterans that James doesn’t have names for.

“We would love for the families to have the banners that honour our Langley veterans,” James said.

“It’s just a warm, fuzzy, feel good kind of thing,” she said, speaking to her desire to connect with as many as possible.

“If someone recognizes a name or a picture, please spread the word so we can get these out to the veterans or their loved ones,” James said, asking people to call the DLBA at 604-539-0133.

“At the end of the day, we just want to make sure these banners get back to their families,” she concluded. “They’re all in great shape… it was just time to replace them with new ones.” 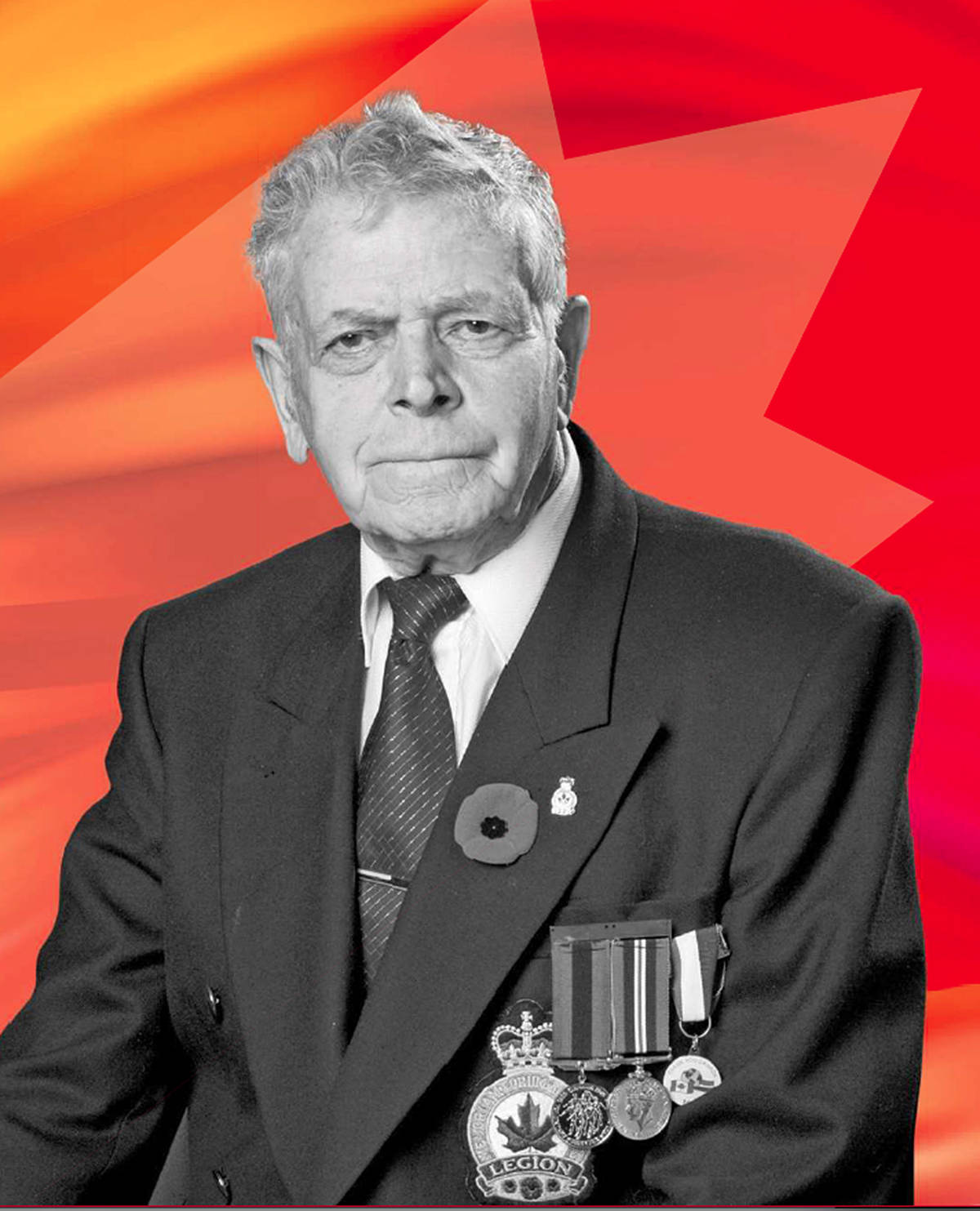 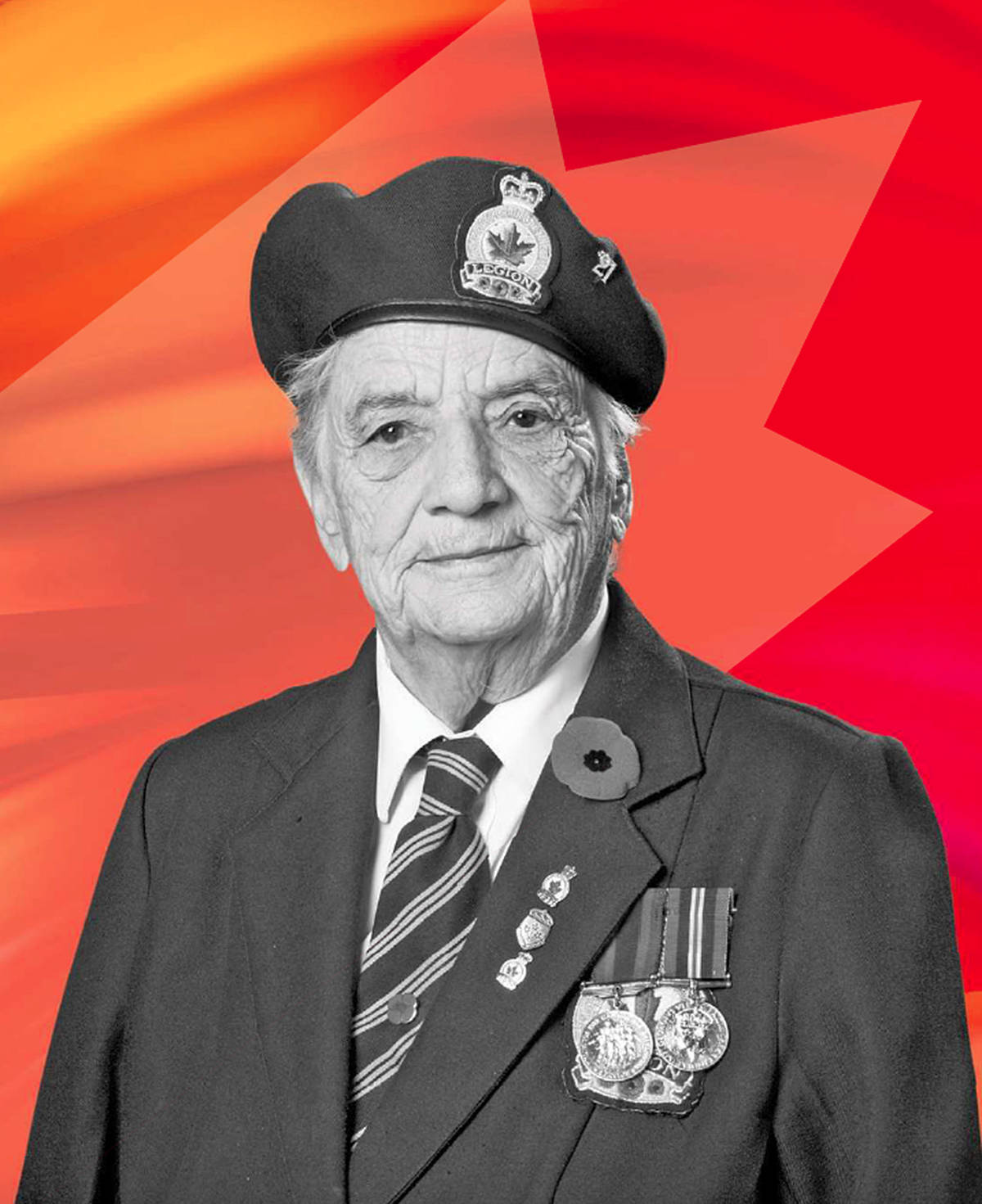 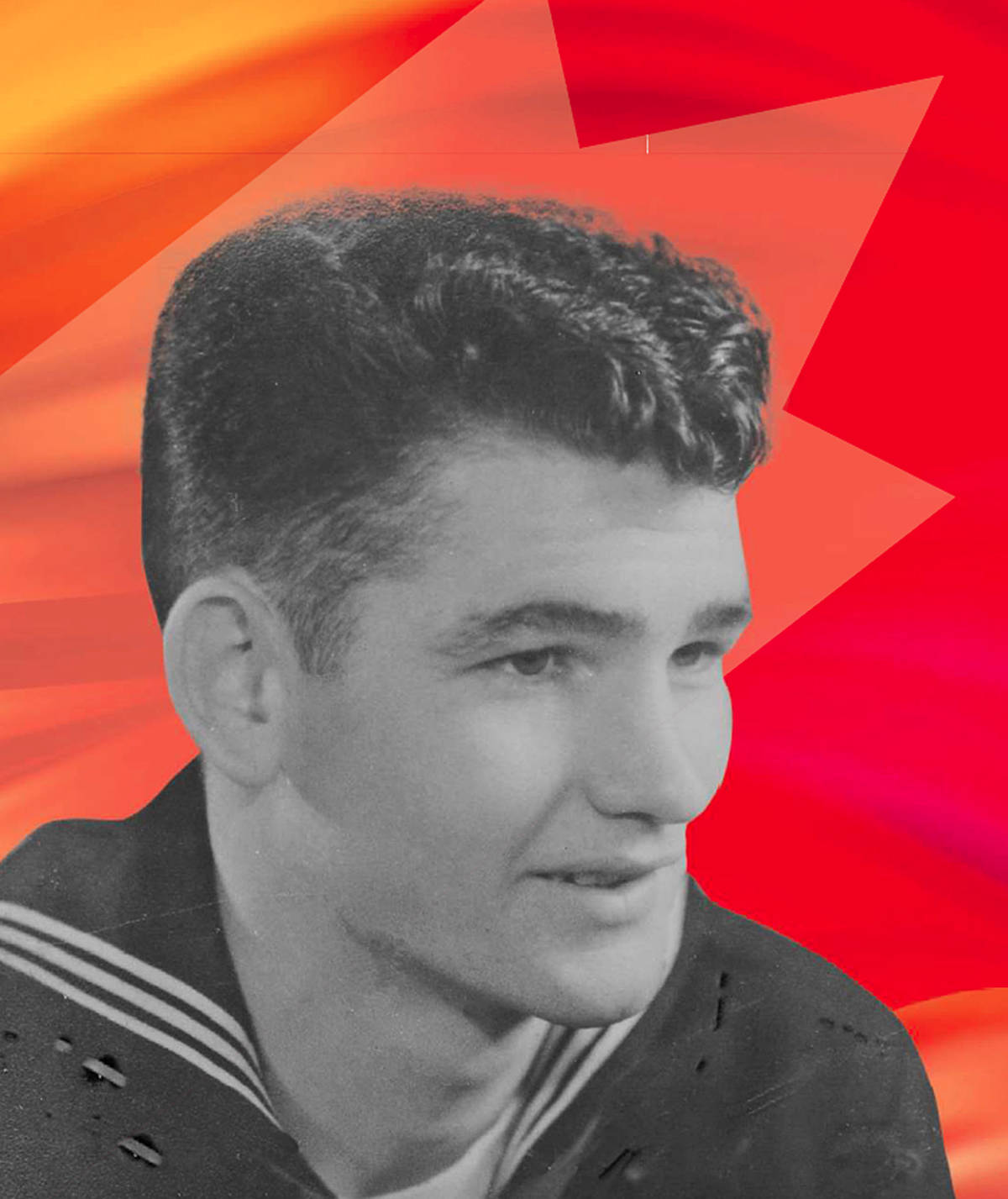 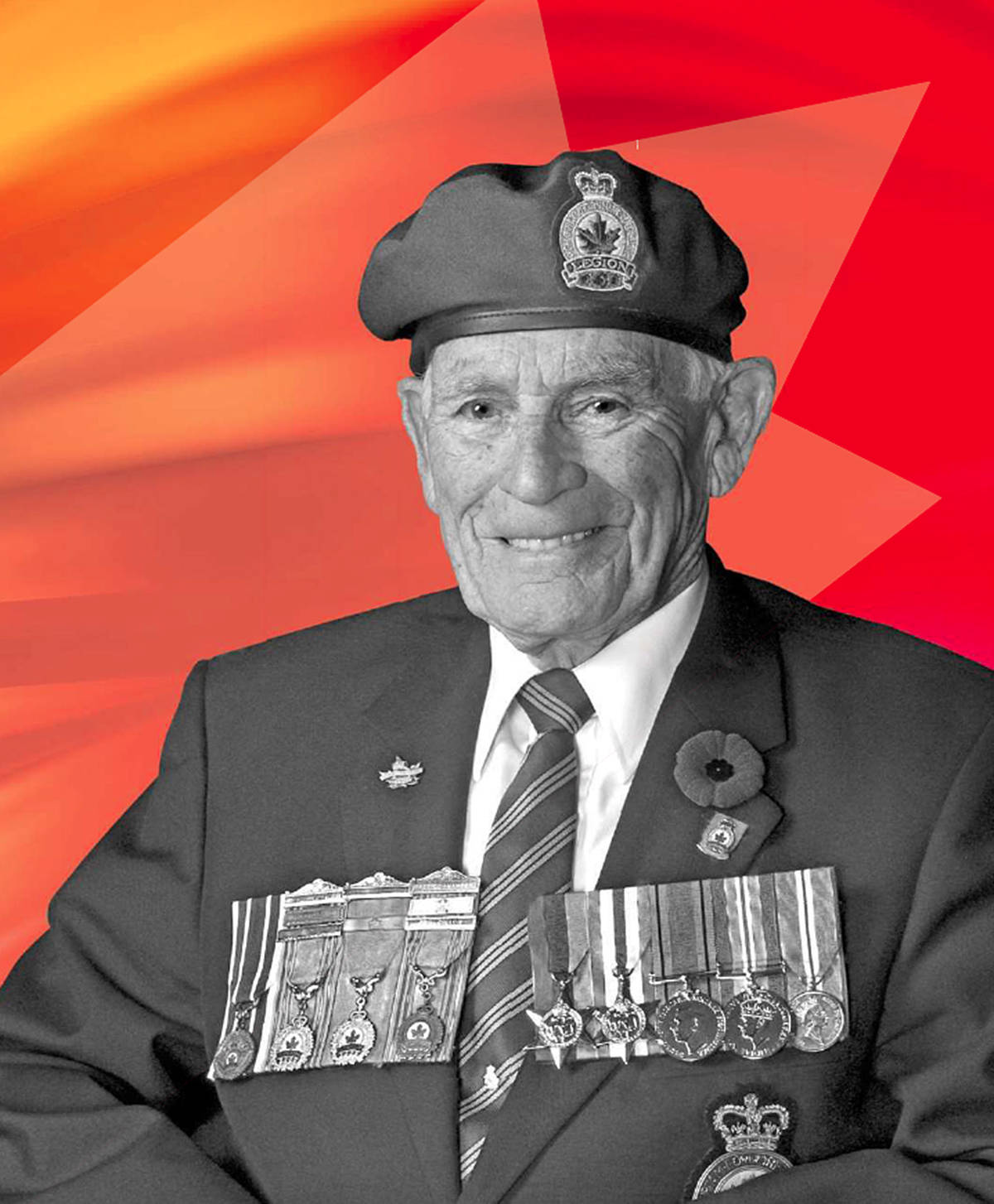 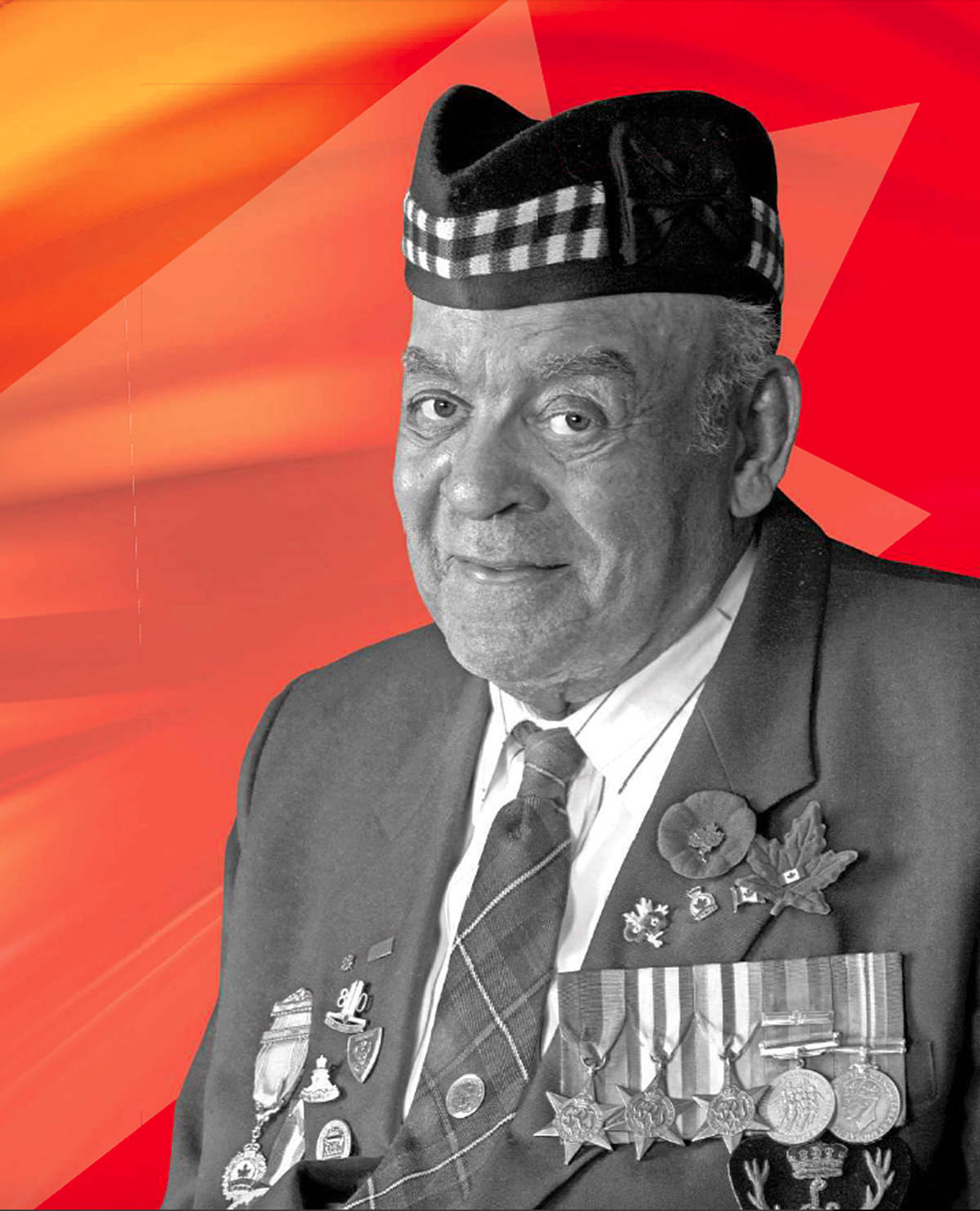 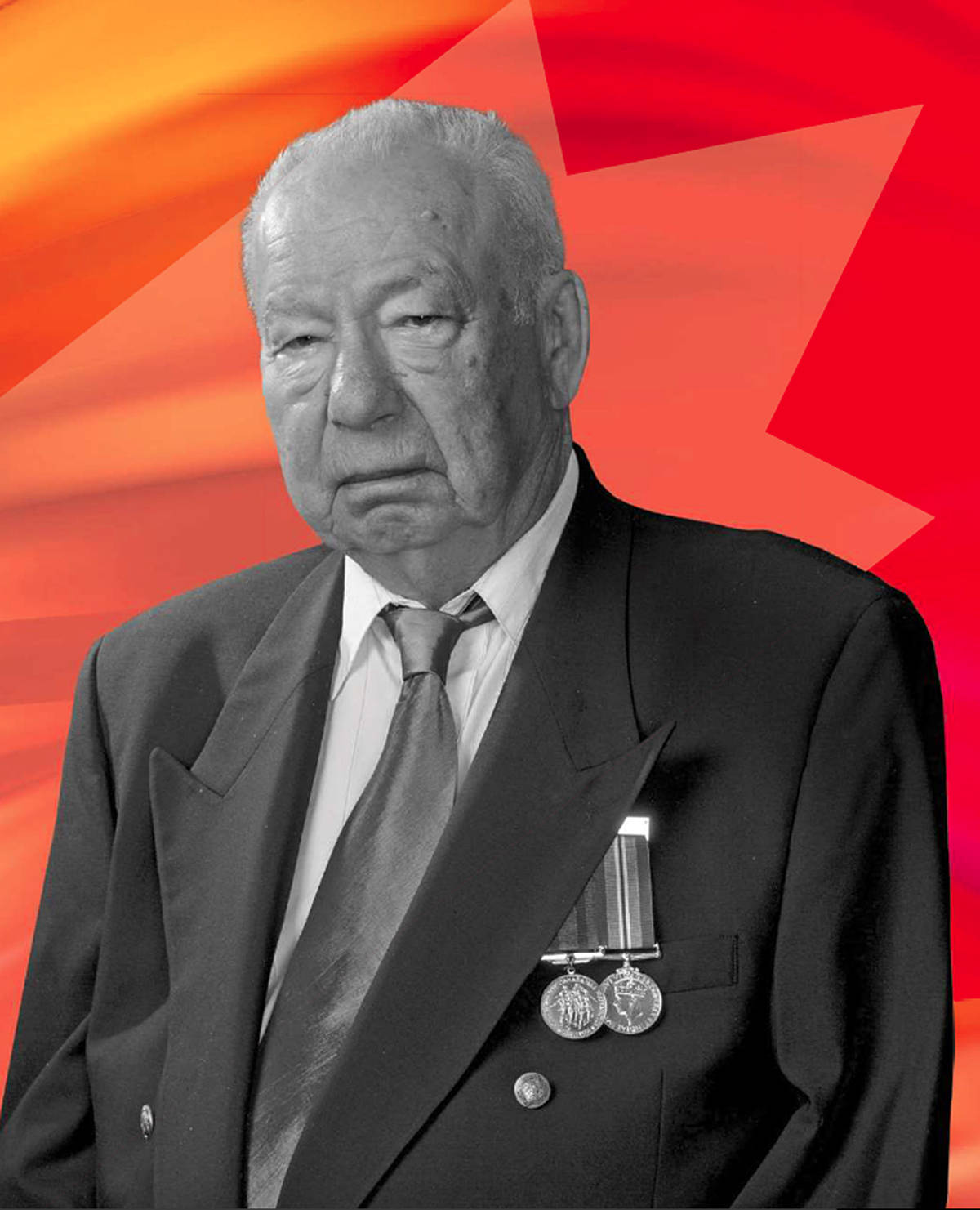 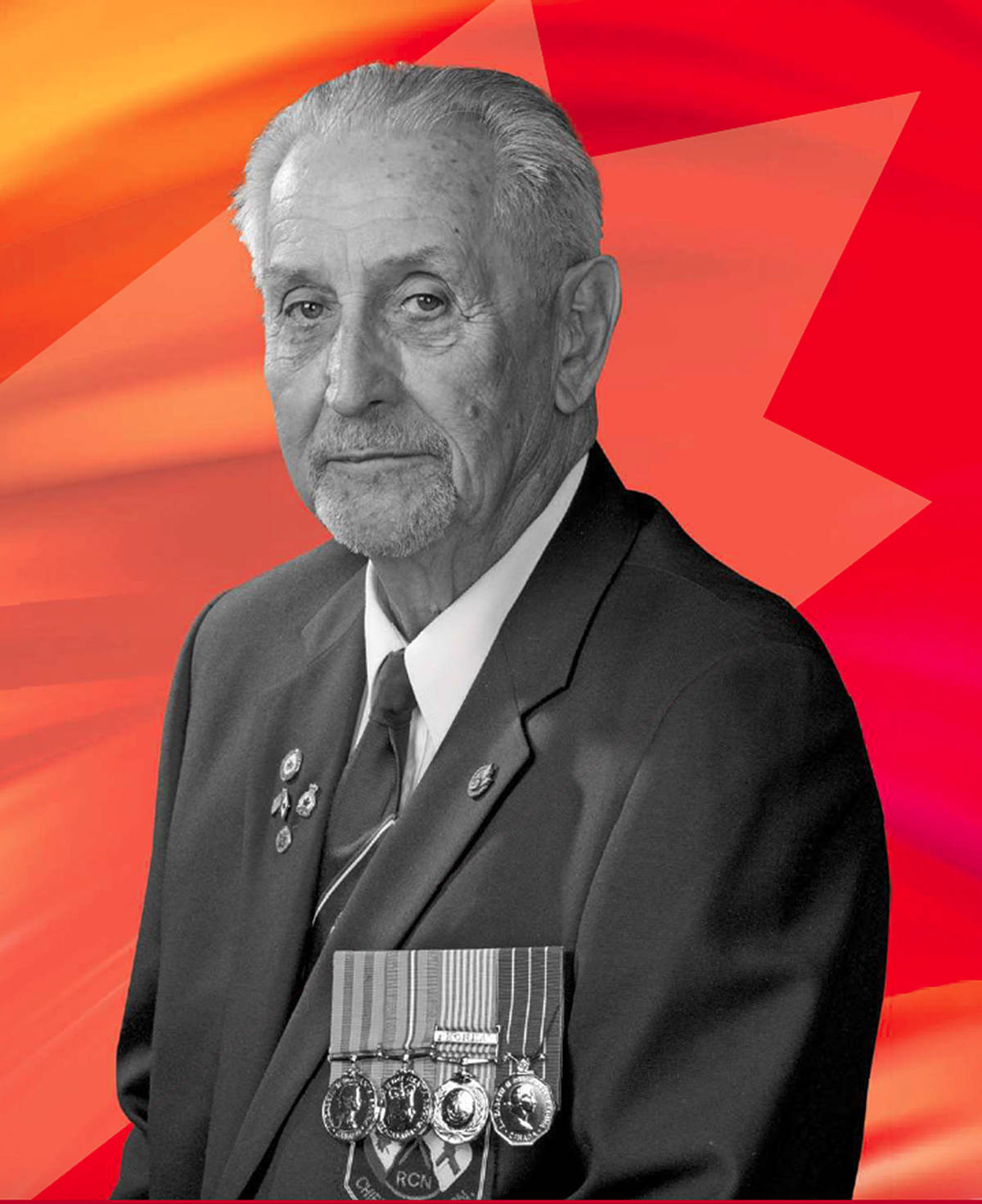 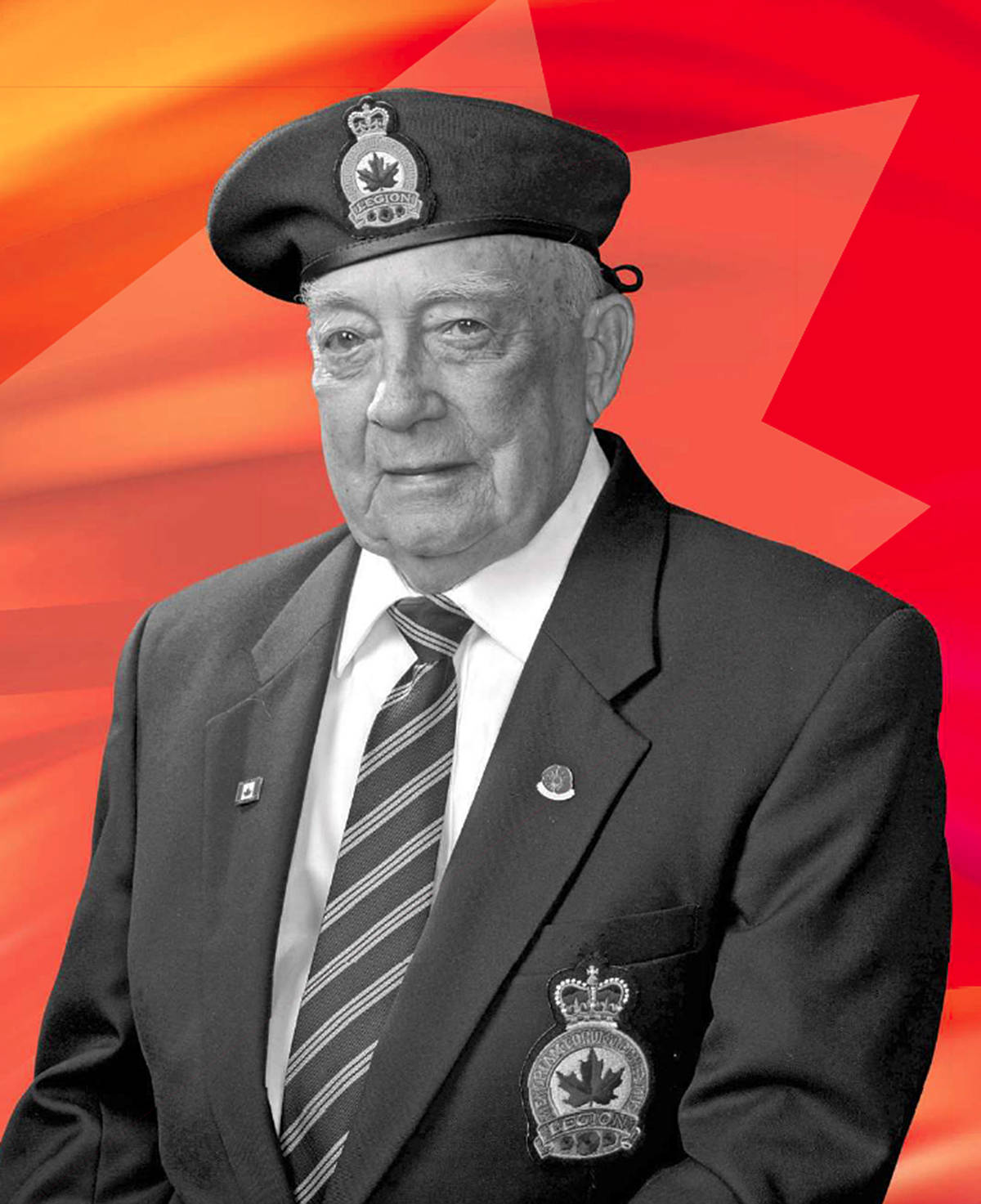 There are a few banners with pictures of veterans who have yet to be fully identified to the Downtown Langley Business Association. This gentleman is only known as Theodore. 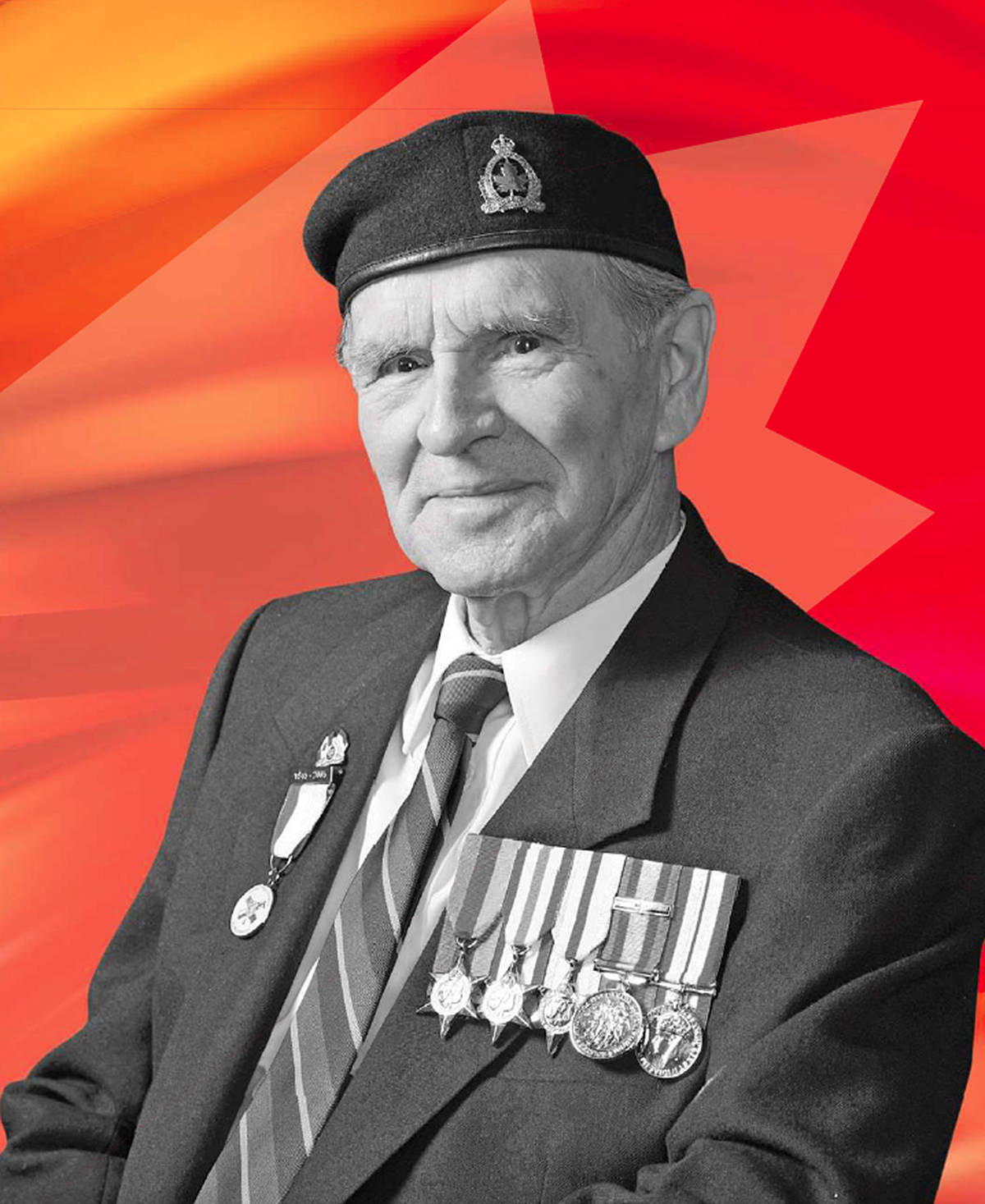 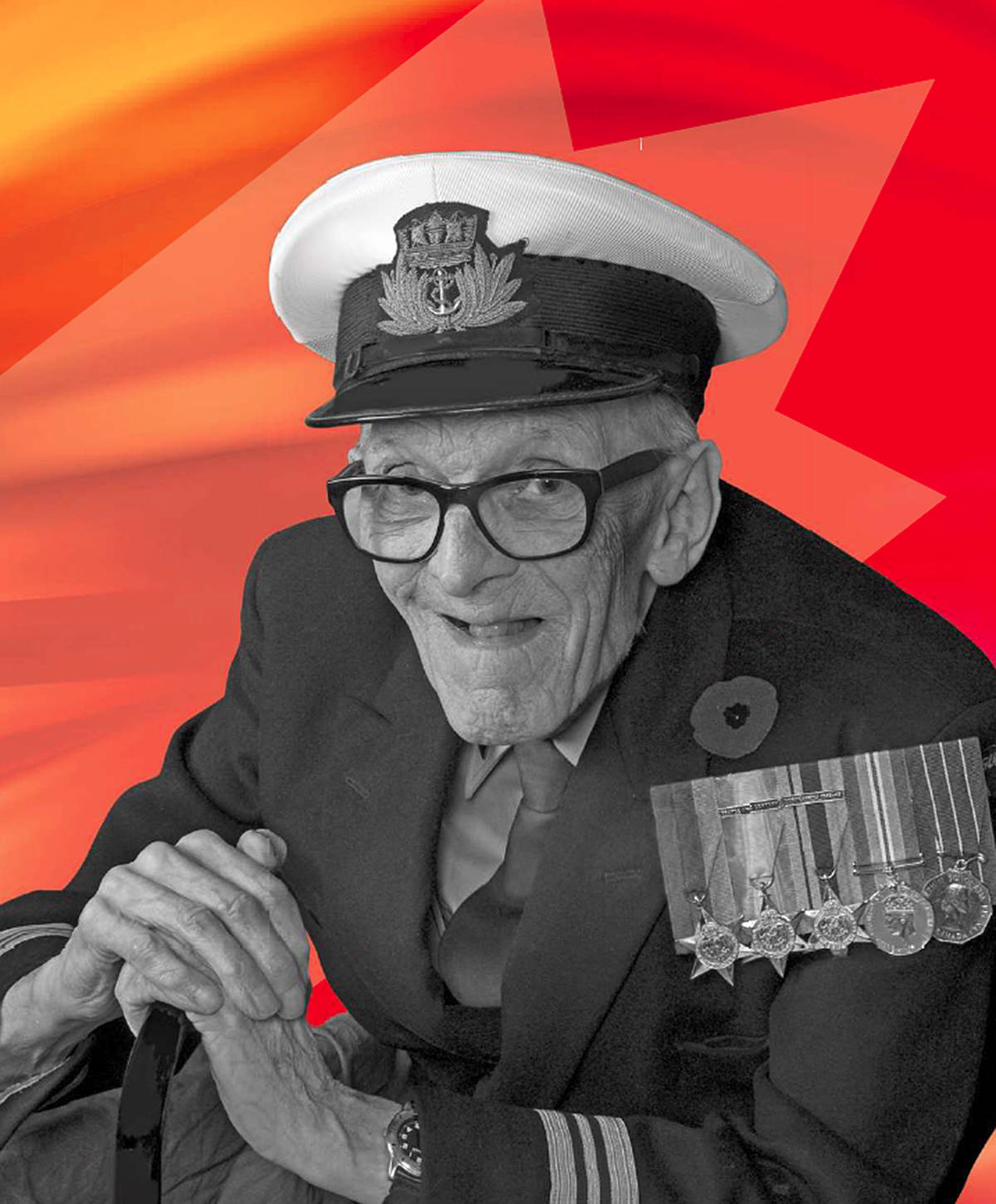 There are a few banners with pictures of veterans who have yet to be fully identified to the Downtown Langley Business Association. This gentleman is only known as Mr. Wiley. 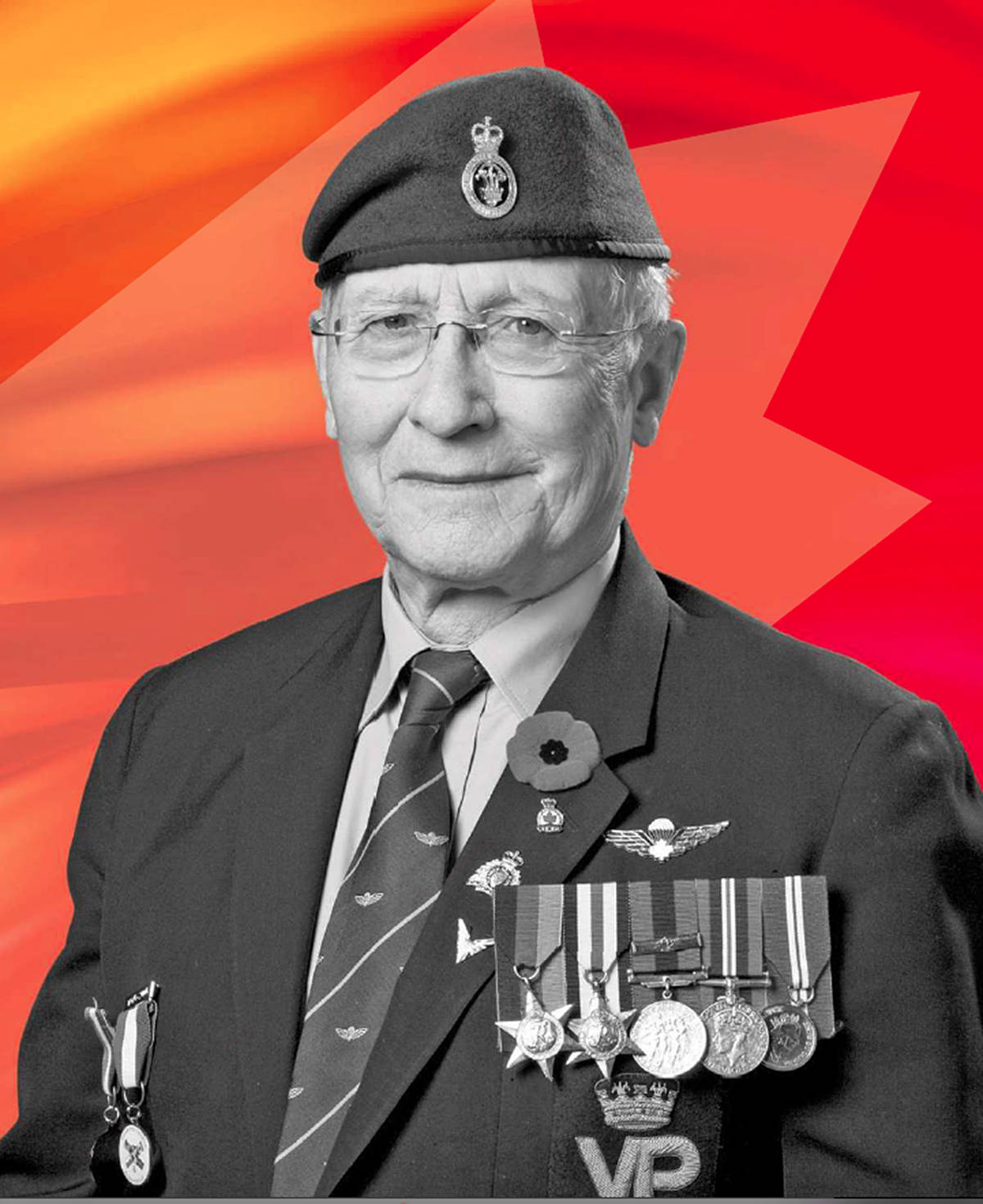 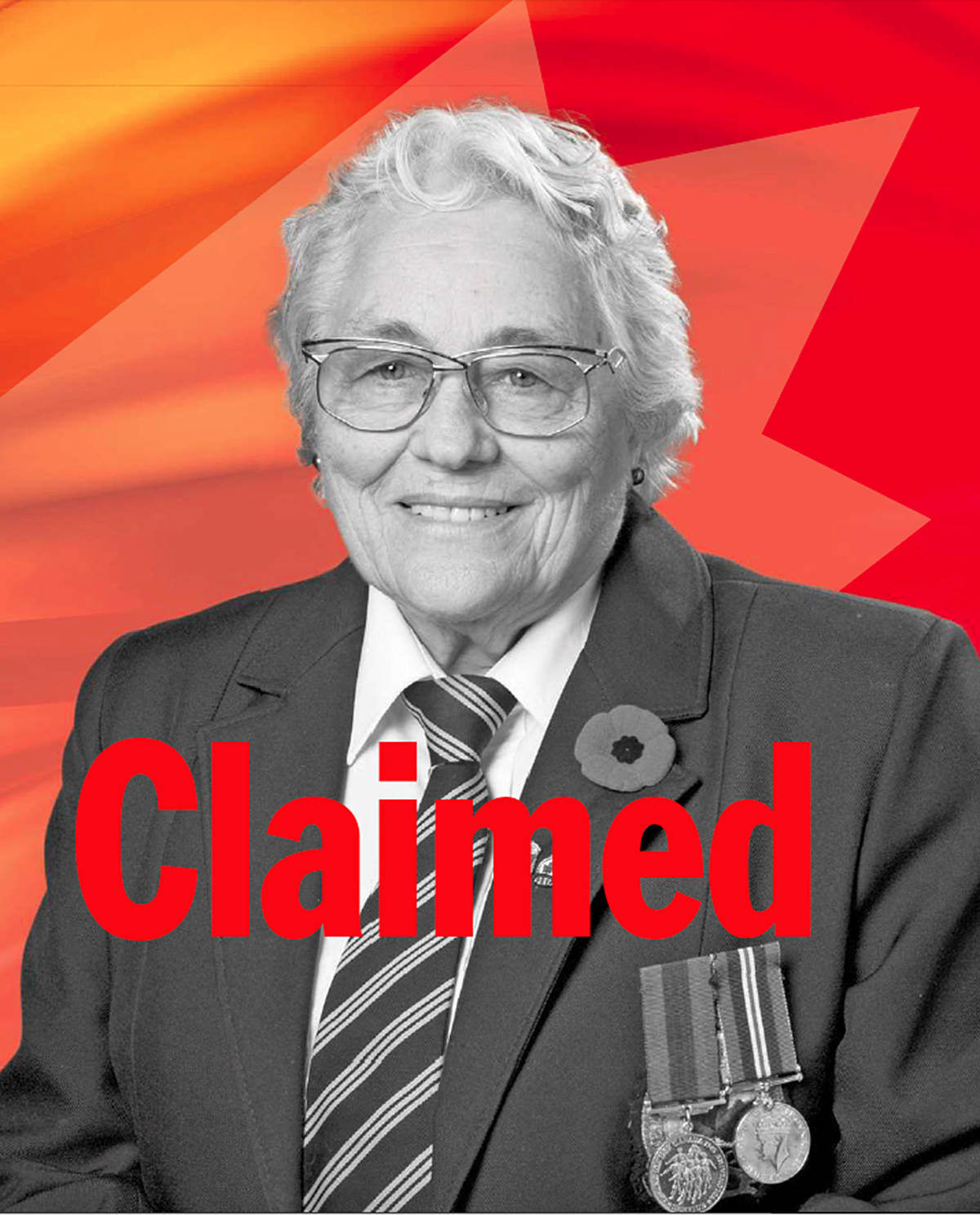 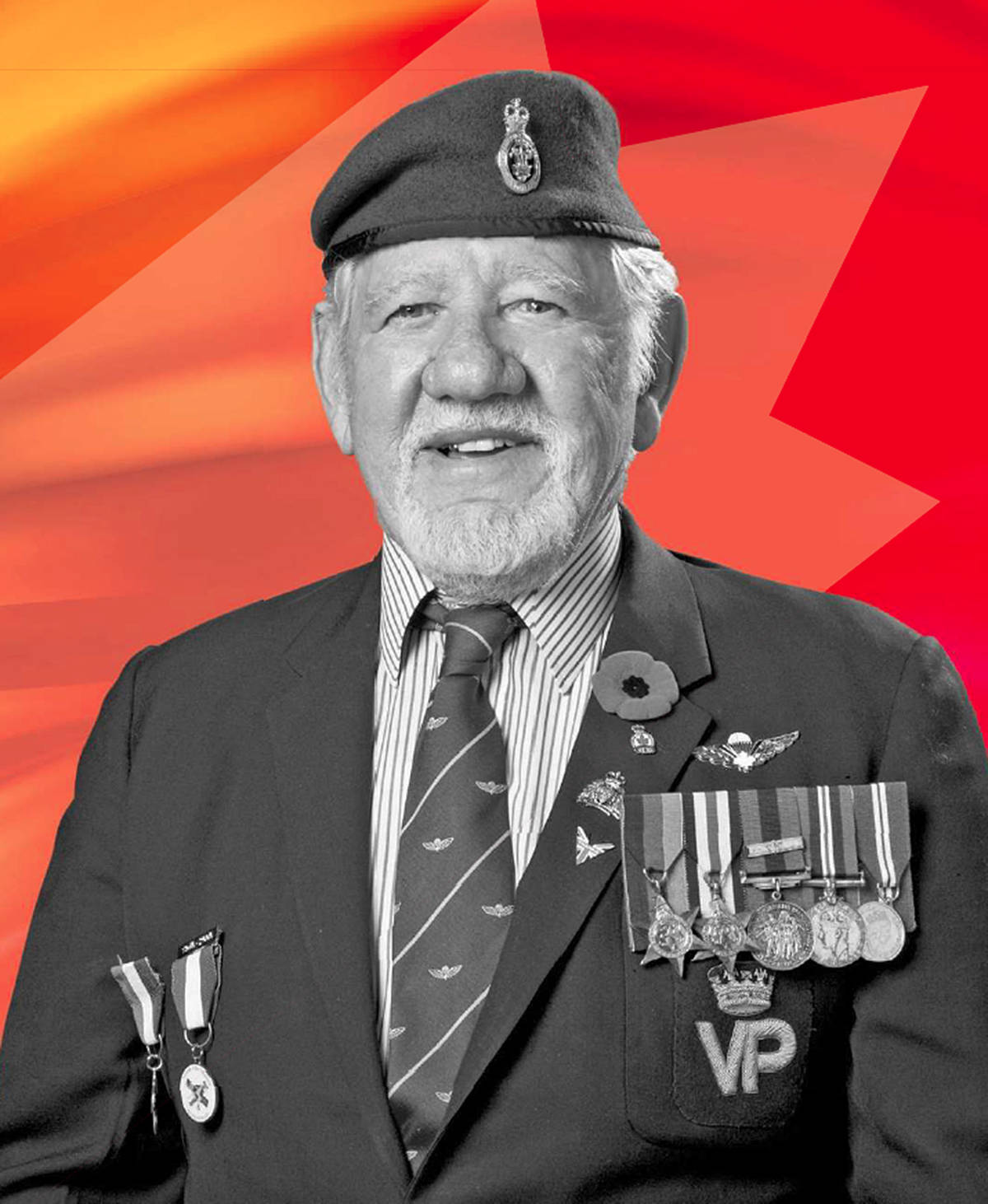 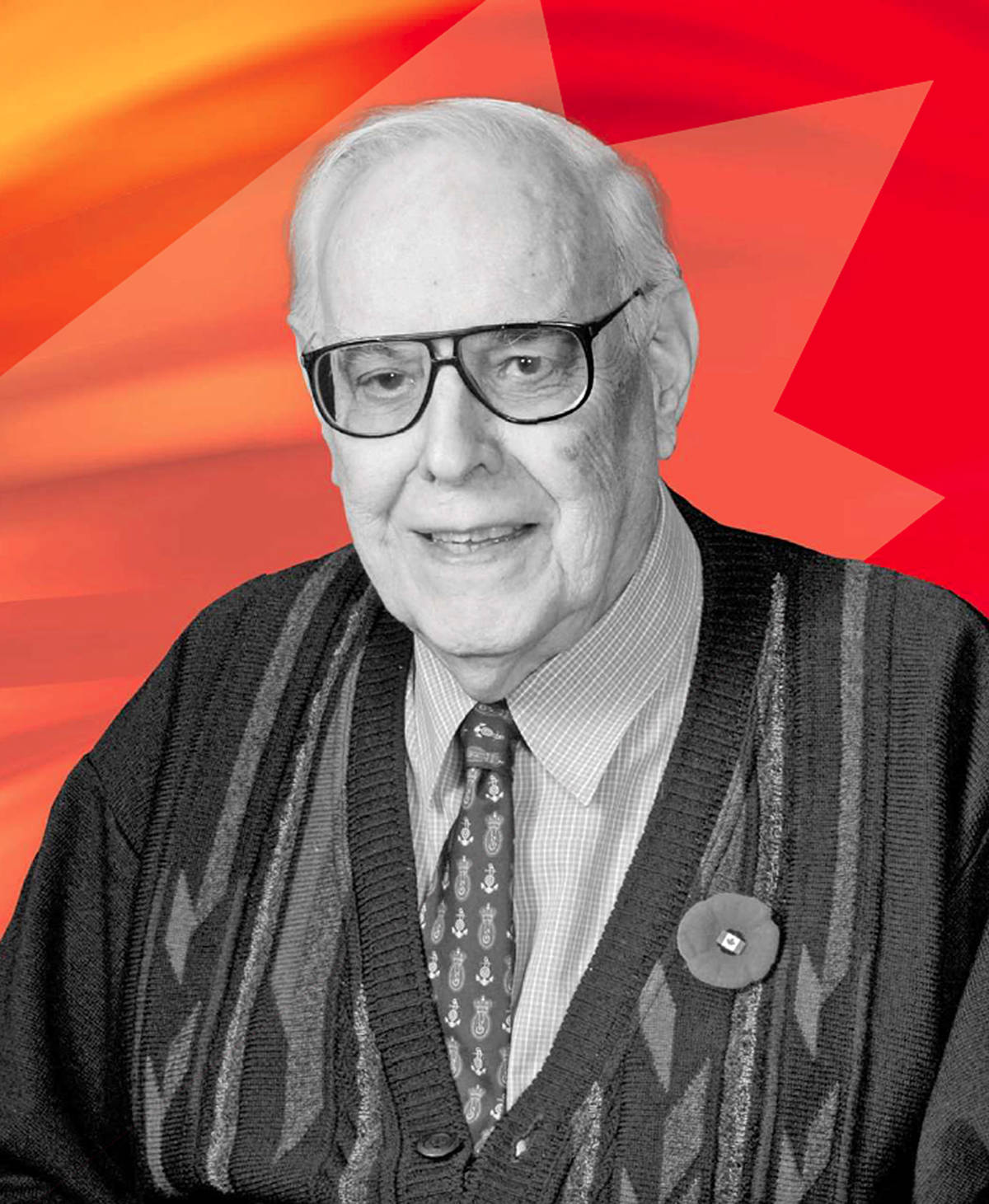 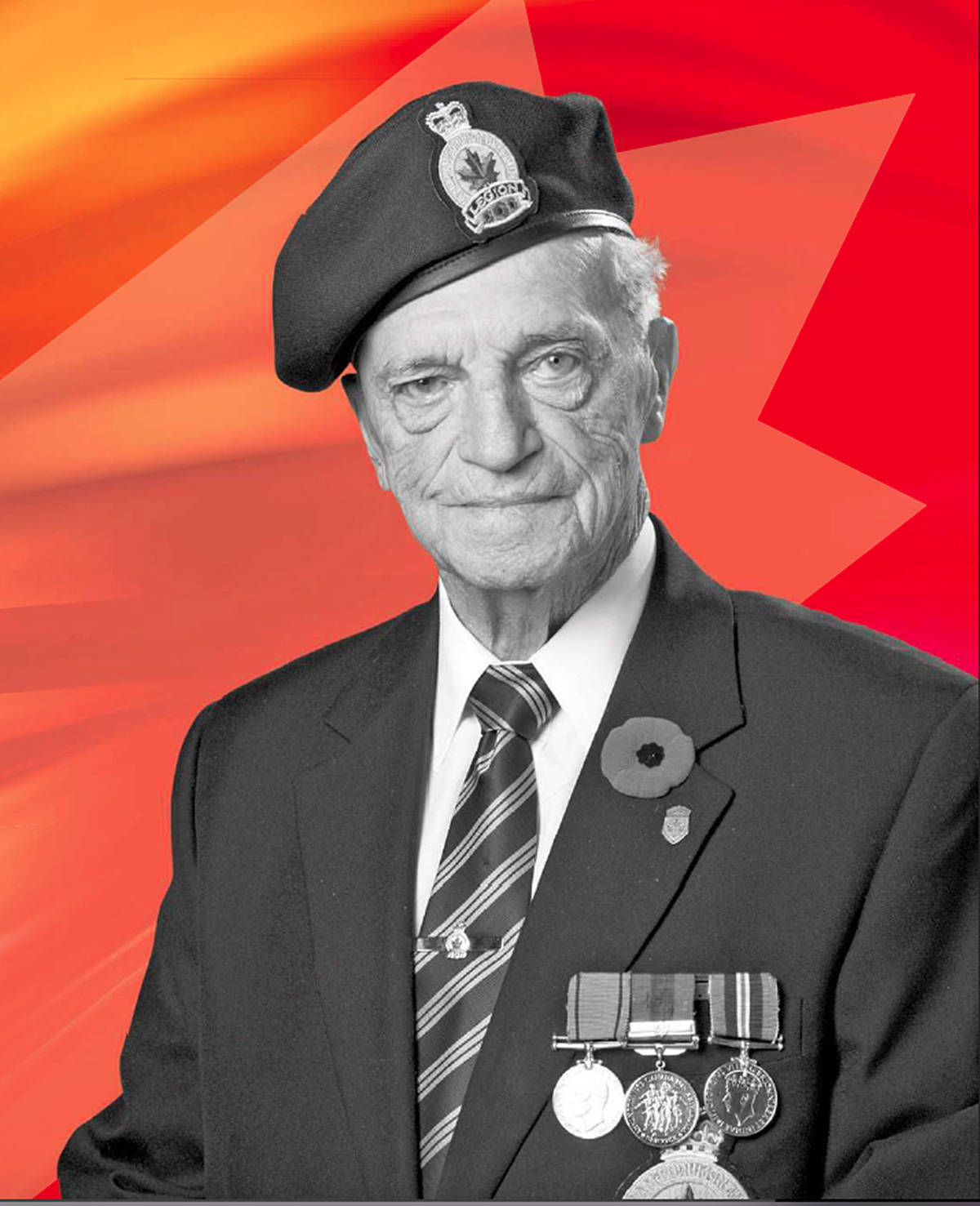 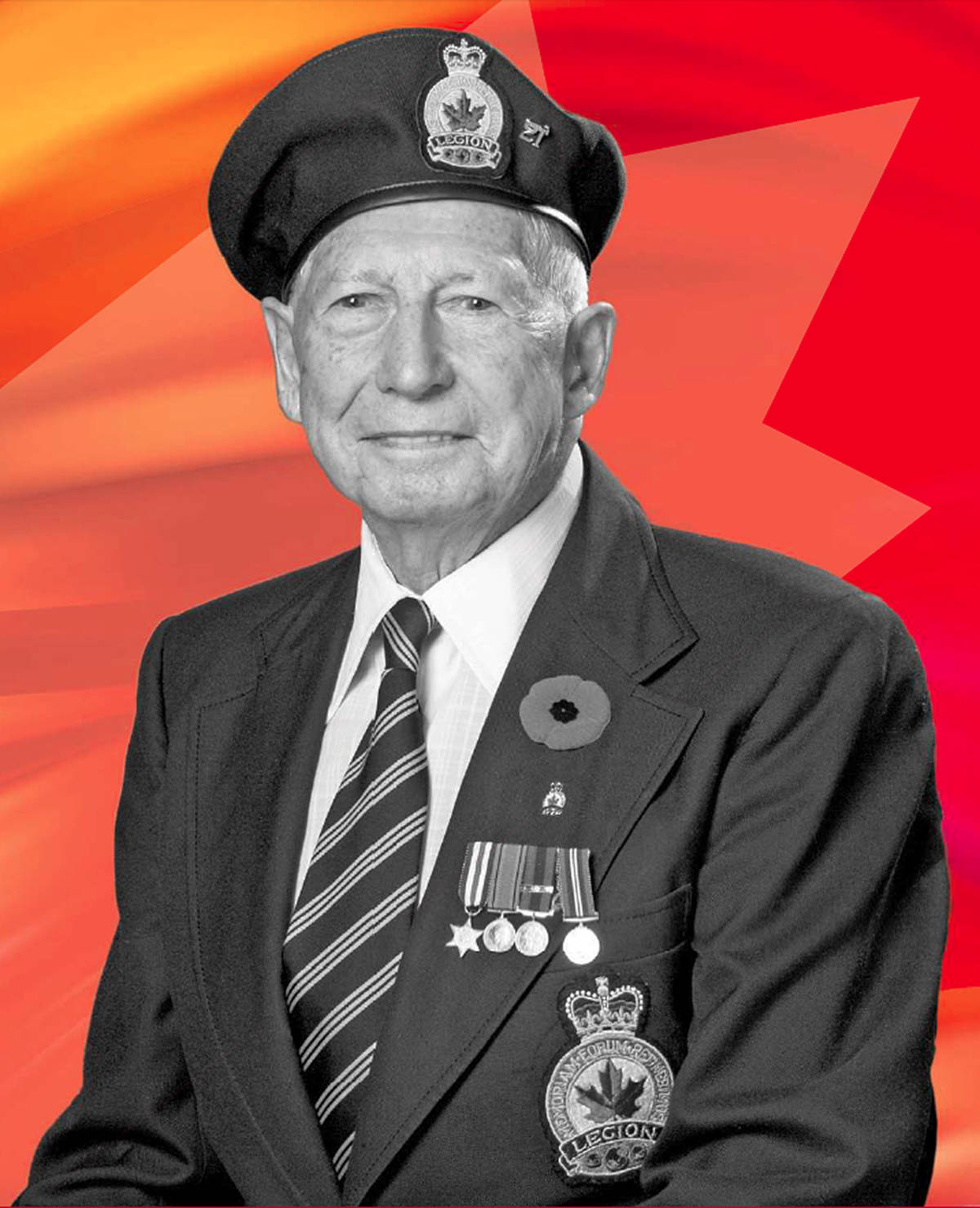 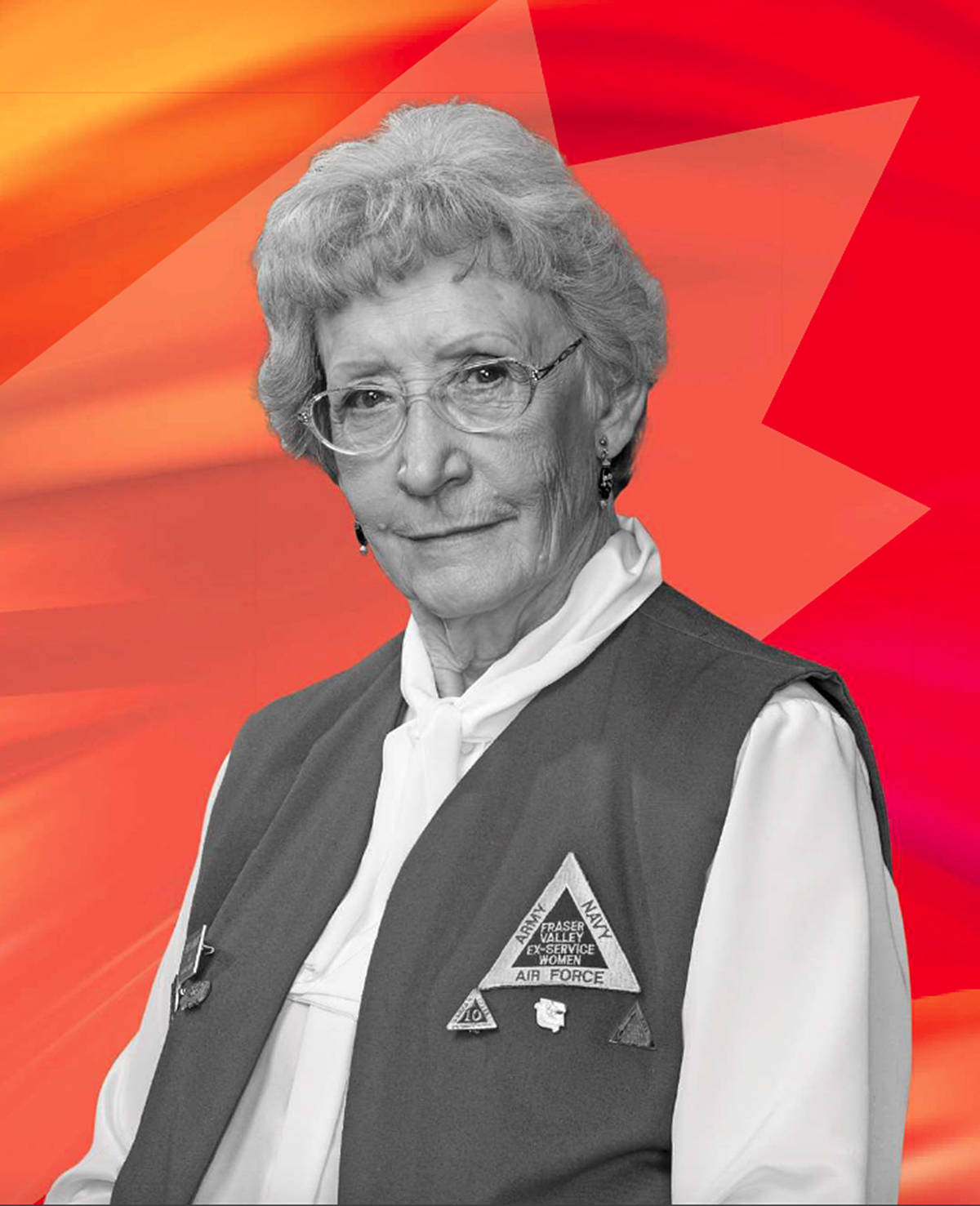 There are a few banners with pictures of veterans who have yet to be fully identified to the Downtown Langley Business Association. This woman is only known as Enice. 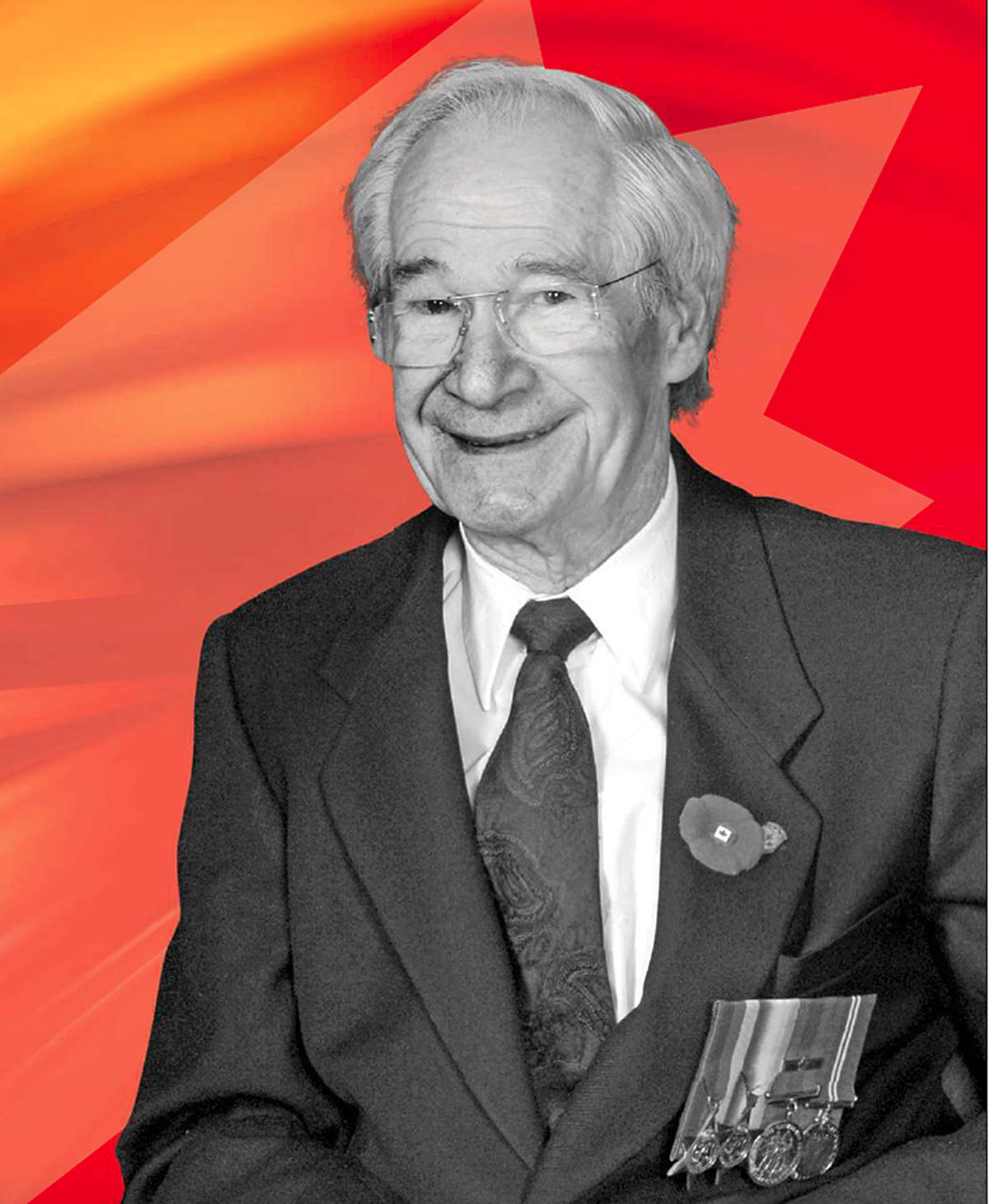 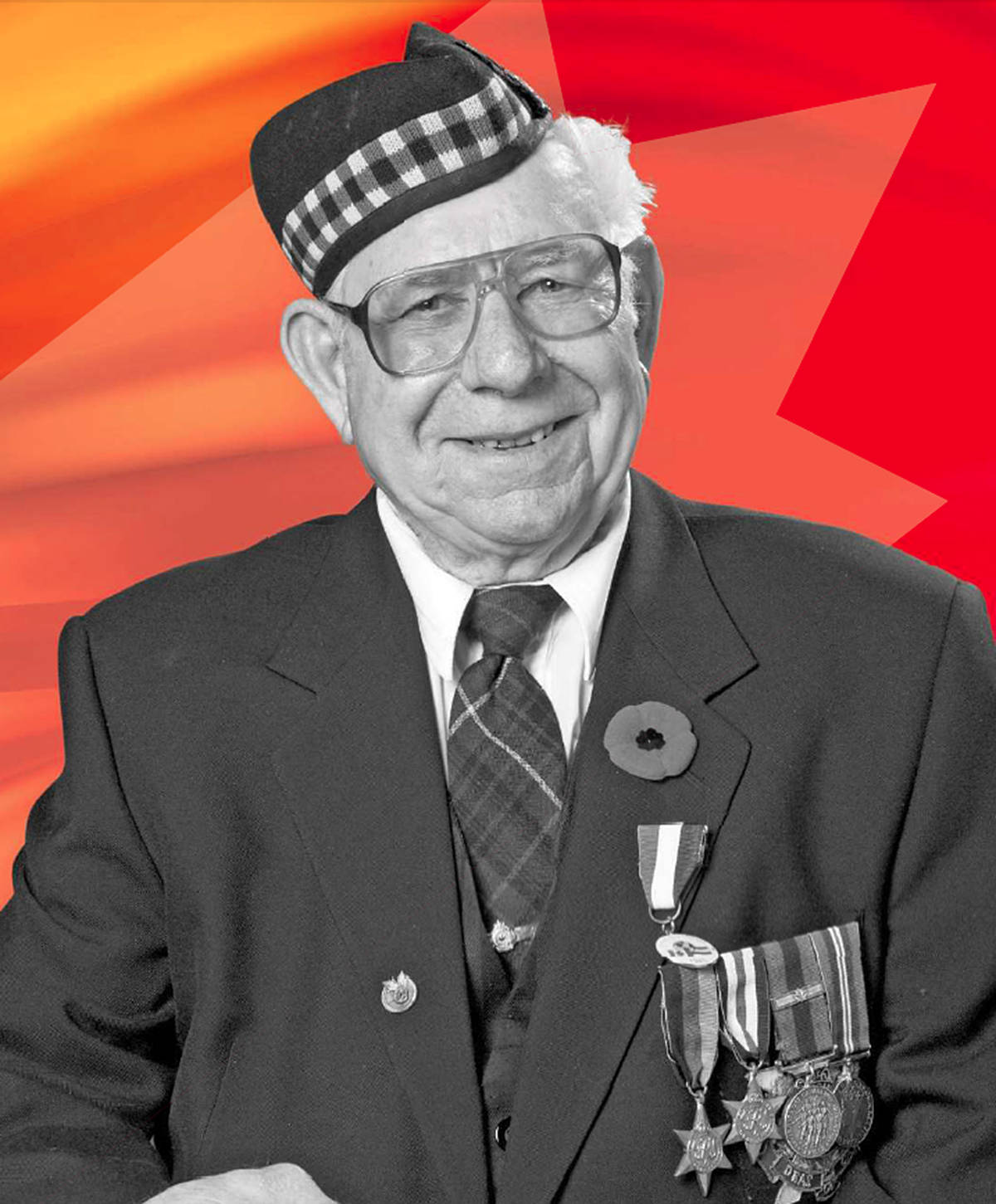 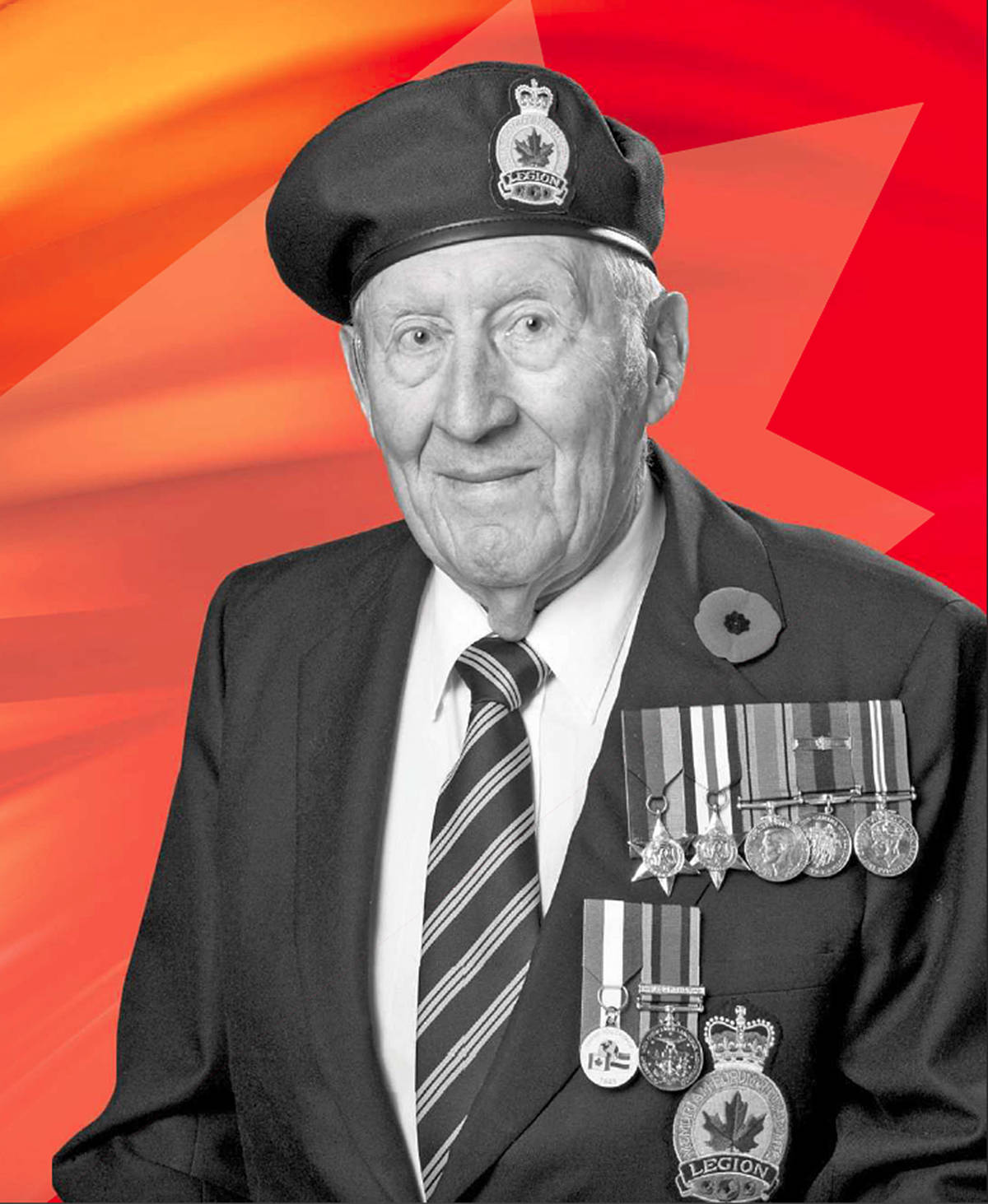 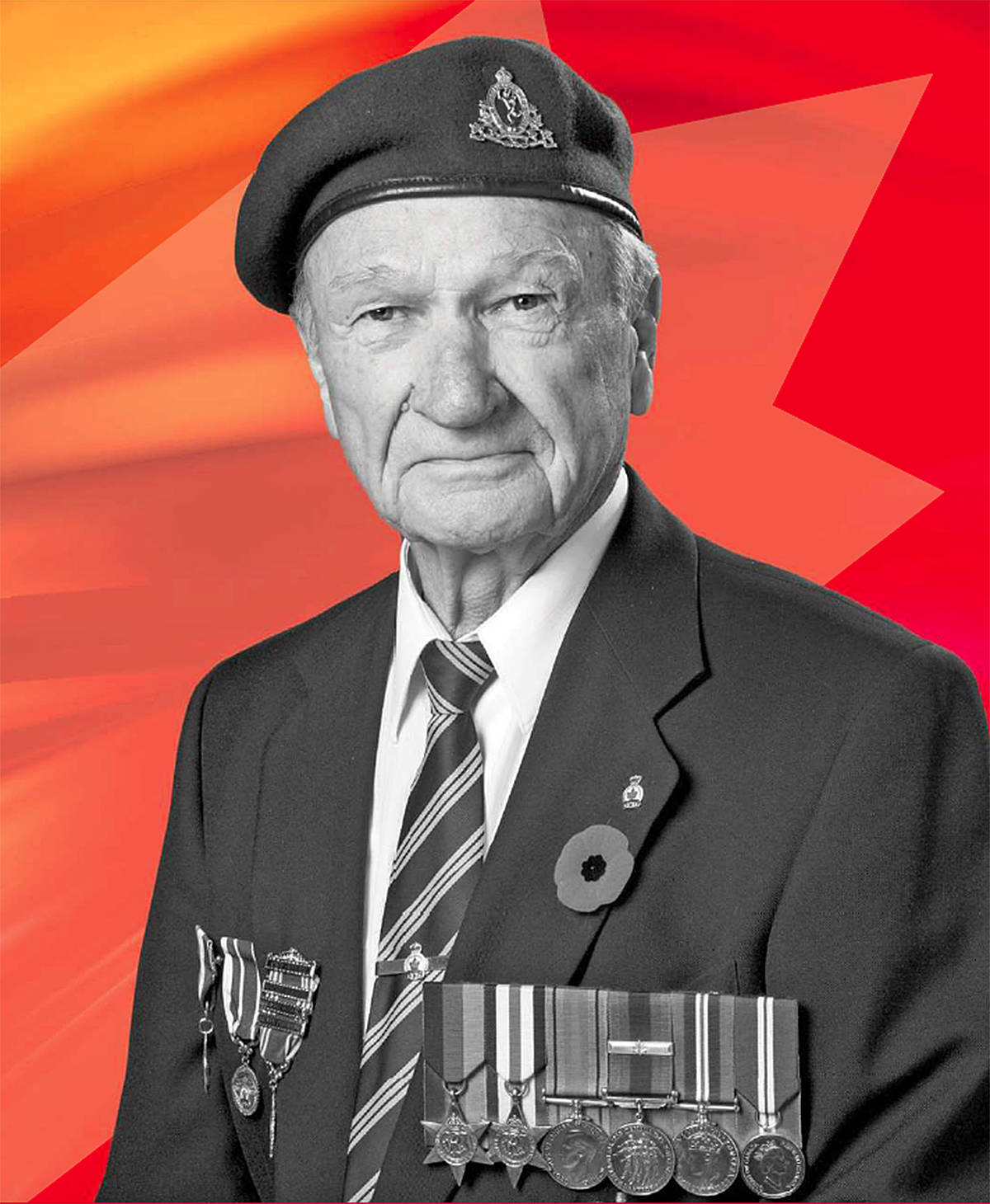 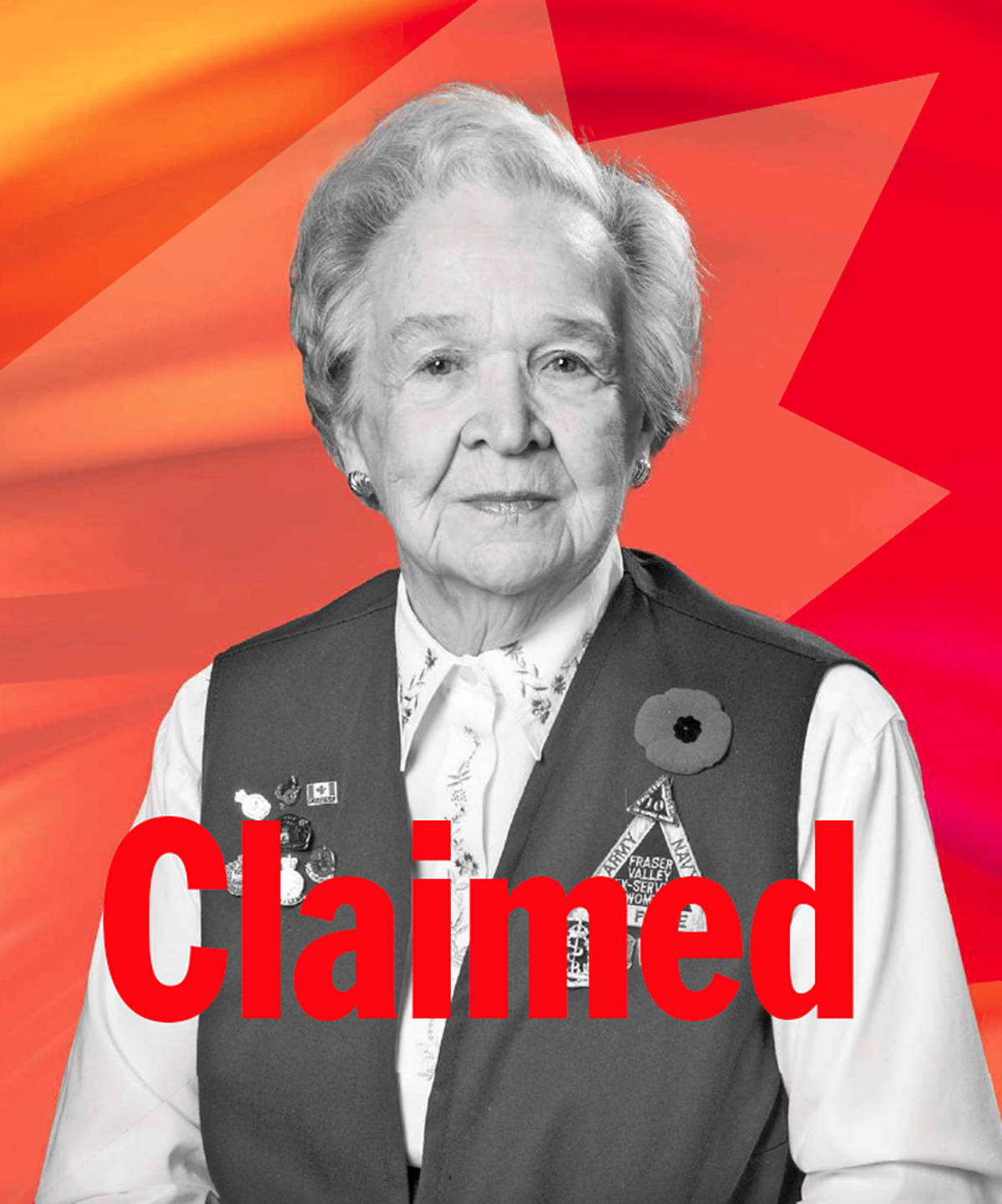 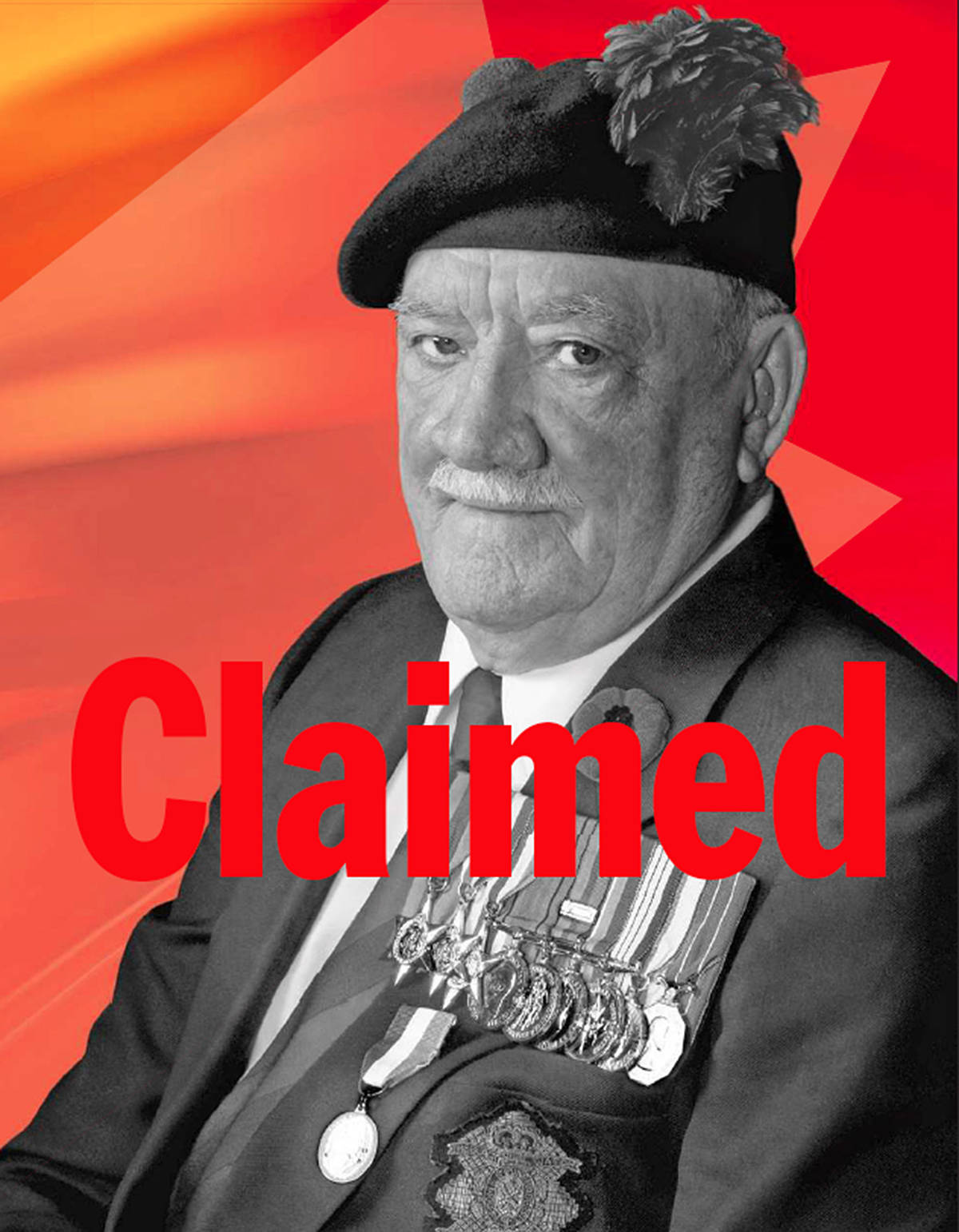