Summer Beats, the Langley City series of free outdoor concerts sponsored by the City and Downtown Langley Business Association (DLBA), came to an end on Saturday, Aug. 14 in Douglas Park.

Side One was the last of three acts to play in the outdoor theatre, described in the online program as an “award-winning, international event band” that has played more than 2,000 events, and employs more than 200 musicians in Vancouver, Calgary, Toronto, and Seattle.

It was the third and final such concert of the summer.

It was also the last weekend of Pick Up Picnics, where restaurants offered special take-out menus. Several community groups including Rotary were on site, as well as the new Match On The Go food truck operated by the owners of the Cascades Casino Resort in Langley City.

With drinking fountains closed, bottled water was distributed to attendees to stay hydrated during the last day of the latest heat wave to hit the region. 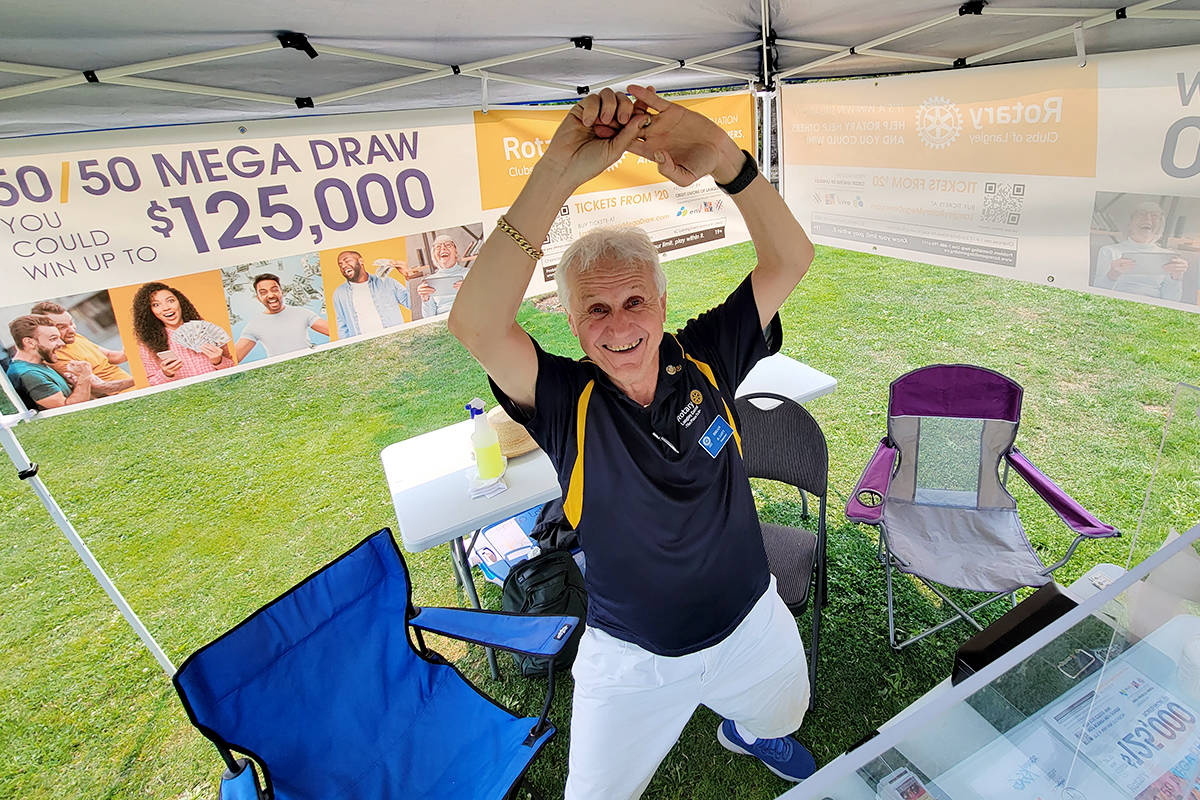 DLBA executive director and City Councillor Teri James was on hand for the final concert, along with other members of council.

Turnout was good, considering the heat and pandemic concerns, said James, who revealed plans are in the works for bigger versions of the summer events in 2022 – assuming pandemic restrictions are eased even more.

“We are already planning to bring back all our big events,” James told the Langley Advance Times.

“We’re looking forward to when the world is, hopefully, open again.”

Saturday was another test of the city experiment in permitting limited outdoor consumption of alcohol in specific spaces, including Douglas Park, and that, too, was rated a success by James, who said there were no incidents.

“I was really impressed with how respectful people were,” James remarked.

James was also struck by the way people handled the heat, finding shade or bringing their own, in the form of umbrellas, and how the audience managed to maintain social distancing.

City Council approved the pilot project in June, allowing consumption of liquor in selected parks and facilities on Fridays and Saturdays from 1 p.m. to 8 p.m. beginning July 1 and ending on Sep. 30.