It was a Christmas of many firsts for three new Langley moms who visited the Christmas Wish Breakfast at Newlands Golf & Country Club with their babies on Tuesday, Nov. 26.

Aside from the fact that it was their first-ever visit to the annual event, Karla Wilkinson and Olivia from Aldergrove, Karline Johnson and Celia from Willoughby and and Hanna Strelau and Vaylin from Murrayville had a lot in common.

“We all met in a prenatal class at Al Anderson,” Johnson explained.

All had their children the same month.

“They’re all May babies and they’re all girls,” Wilkinson laughed.

“We’re excited to get our first picture with Santa,” Strelau said.

It was the first public outing for the six-month old girls, who didn’t fuss a bit when they sat with Santa.

Wilkinsons next big outing will be a trip to Ecuador later this holiday season, where she has relatives who are waiting to see Olivia.

Wilkinson said the three new friends had so much fun at the breakfast, they are planning to come back next year.

“Now, we want to make it a tradition.”

She added they are all talking about having second children in about two years, so they could be arriving all together with new babies in a not-too-distant Christmas.

The moms were among thousands of visitors to the third edition of the Langley City event that collects new, unwrapped toys and gifts for children from newborn to age 18.

In exchange for a donation to the Christmas bureau, Newlands offered a free buffet breakfast inside the banquet hall, where guests could drop off contributions, visit Santa, listen to live music, and even experience snow, in the form of artificially generated snowflakes on an outdoor patio.

Figures released by organizers show there was a substantial increase in attendance and donations from last year.

South Langley resident Ruth Leask, 92, who attended with daughter Penny Jones, said the event had the feel of a large family get-together.

“We had Christmases like this every year,” Leask remarked.

A joint effort by Newlands and the City of Langley, donations to the Christmas Wish breakfast go to help the Langley Christmas Bureau.

It is the first Children’s Wish Breakfast in the Fraser Valley, inspired by the event hosted by Pan Pacific Vancouver that started in 1987 and has grown to attract thousands of people people who bring tonnes of toys and thousands of dollars in donations. 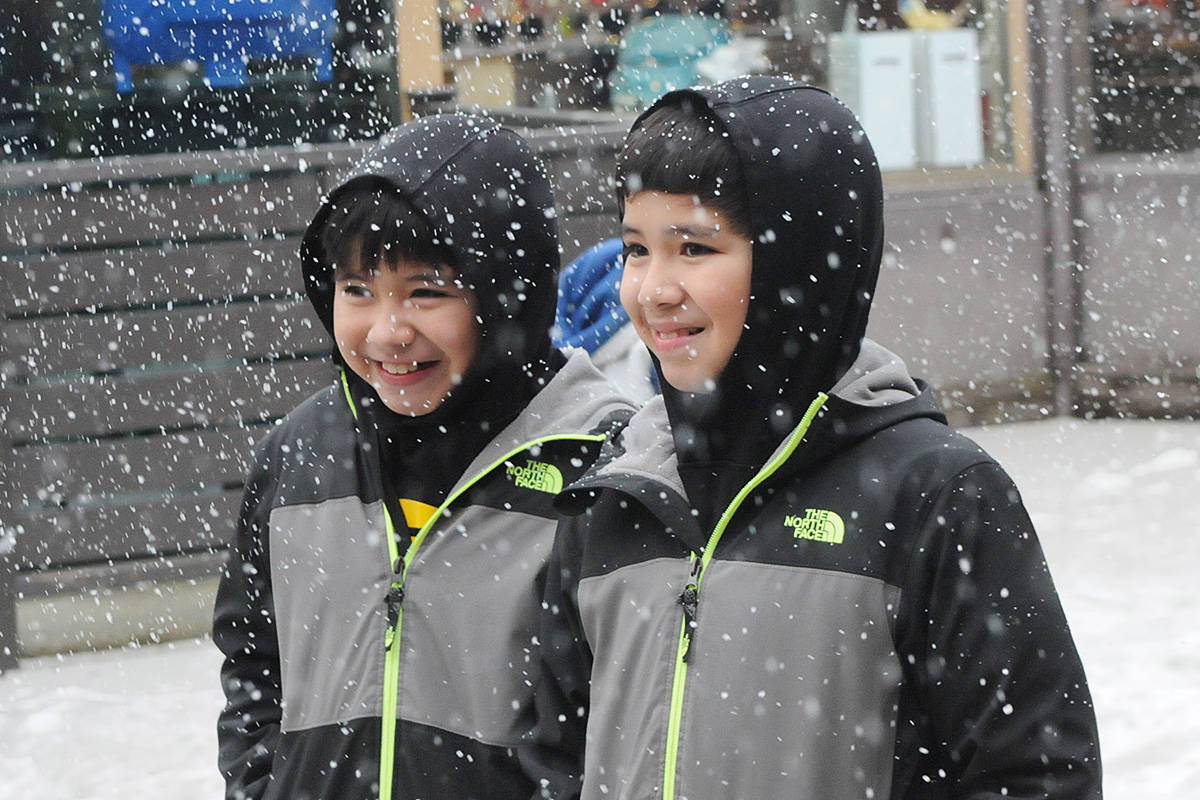