By the time a Langley family of four realized their heating system had stopped working, winter was coming.

“It kept clicking, but it didn’t put any heat out,” mom Chelsea (who asked that her last name not be used) recalled.

“Then it started making helicopter noises.”

Replacing the aging forced-air furnace was beyond reach, at an estimated cost of $6,000 to $8,000, and repairs would cost about half that, with no guarantee against further breakdowns, Chelsea explained. 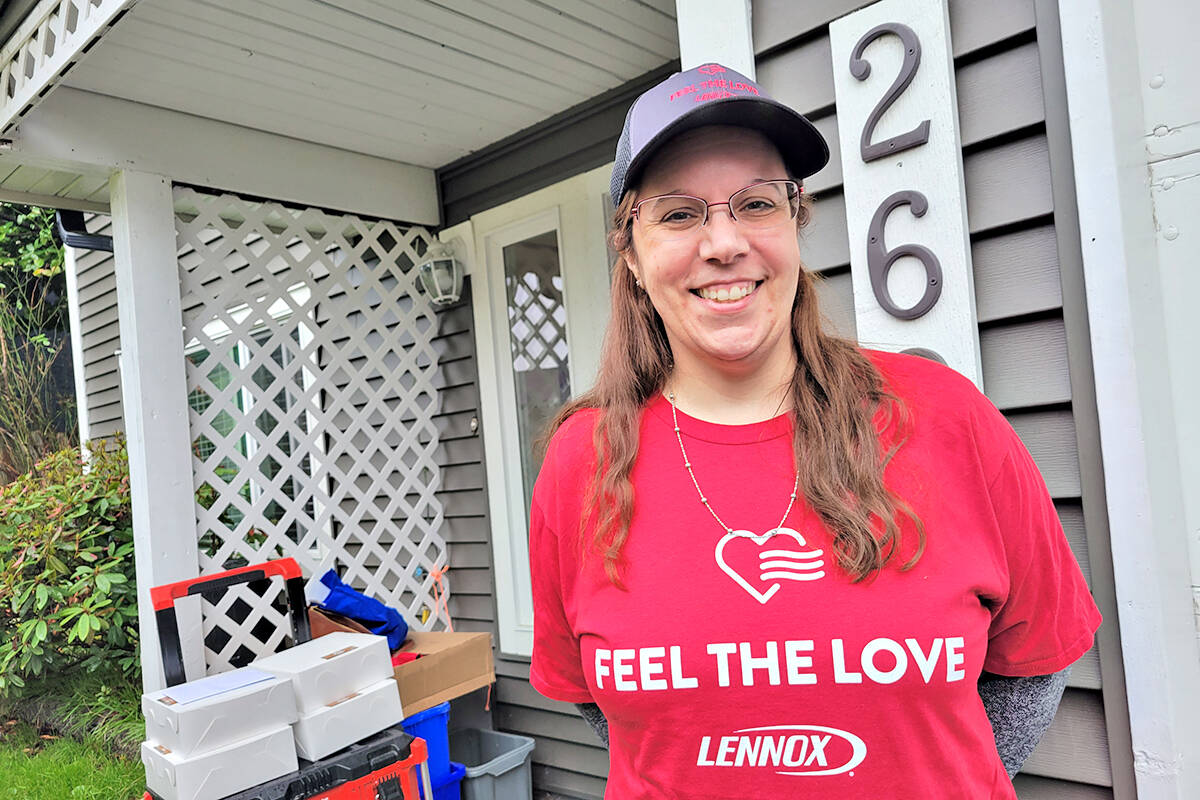 A delighted Chelsea said without the ‘Feel The Love’ initiative, it would have cost as much as $8,000 to replace their furnace, money her family didn’t have. (Dan Ferguson/Langley Advance Times)

A solution arrived on Saturday, Oct 16, in the form of several trucks from Langley-based Gandy Installations and a crew led by general manager Taylor Gandy, an Aldergrove resident.

In just a few hours, they replaced the broken-down furnace with a new one, free of charge, part of the Lennox company’s “Feel the Love” program.

Lennox provides brand new high-efficiency furnaces and participating dealers across the continent donate the installation materials and labour, all free of charge to deserving nominees.

“It’s a fantastic feeling, to know that you can help someone who needs a hand,” Gandy told the Langley Advance Times.

Among this year’s nominees, Chelsea and her family were the only ones who didn’t have a functioning furnace, Gandy added.

On Sunday, a delighted Chelsea was enjoying her new heating system, and getting used to its new programmable thermostat.

It was proving to be a bit of challenge, but it was a problem she was happy to have.

“I’m so excited,” she enthused.

In 2018, the first time Gandy Installations had a nominee accepted by the Lennox Feel the Love committee, the beneficiary was an Aldergrove pensioner named Sam, who’d been getting by with electric space heaters after his furnace packed it in several years previously.

Gandy Installations is a family-operated business started by Charlie Gandy and Ken Atwell in 1957.

Charlie’s son Chuck is the current owner-operator, and his grandson Taylor is general manager. 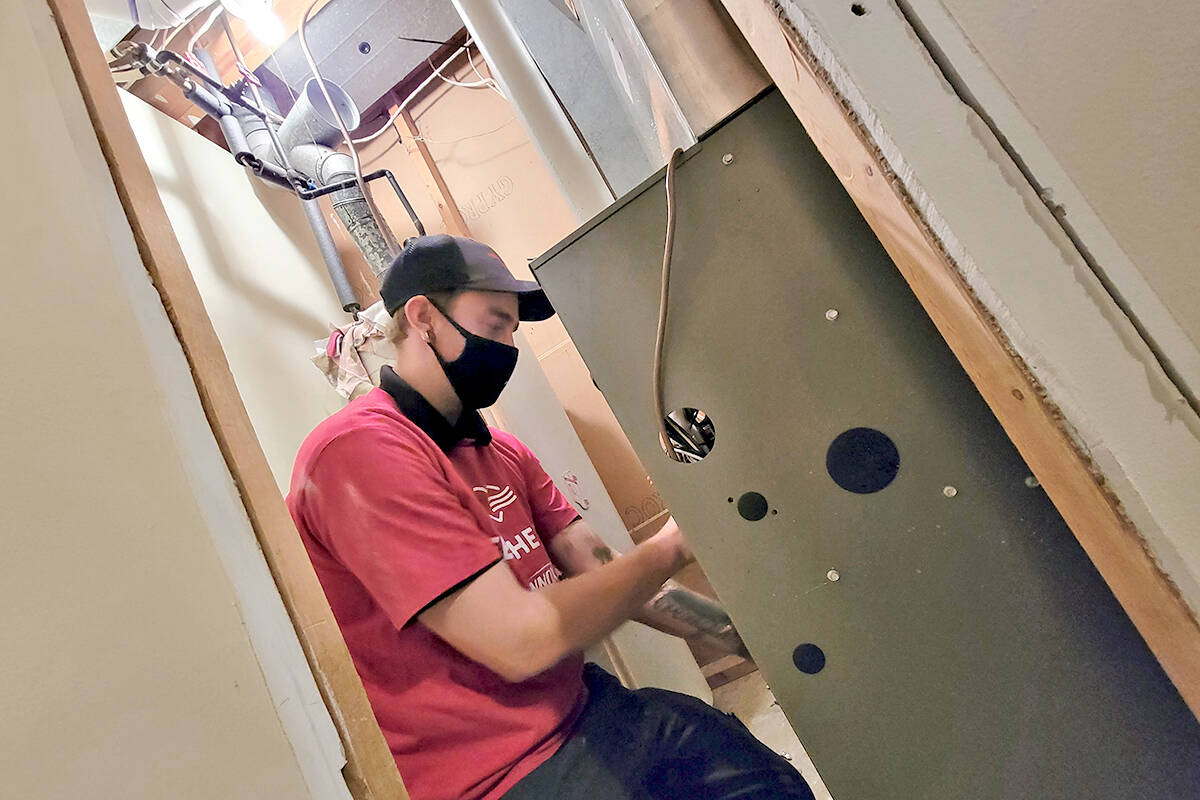 On Saturday, Oct. 16, a new state-of-the-art furnace was installed by the ‘Feel The Love’ initiative in a Langley home left with no heat after their aging forced-air system packed it in. (Dan Ferguson/Langley Advance Times) 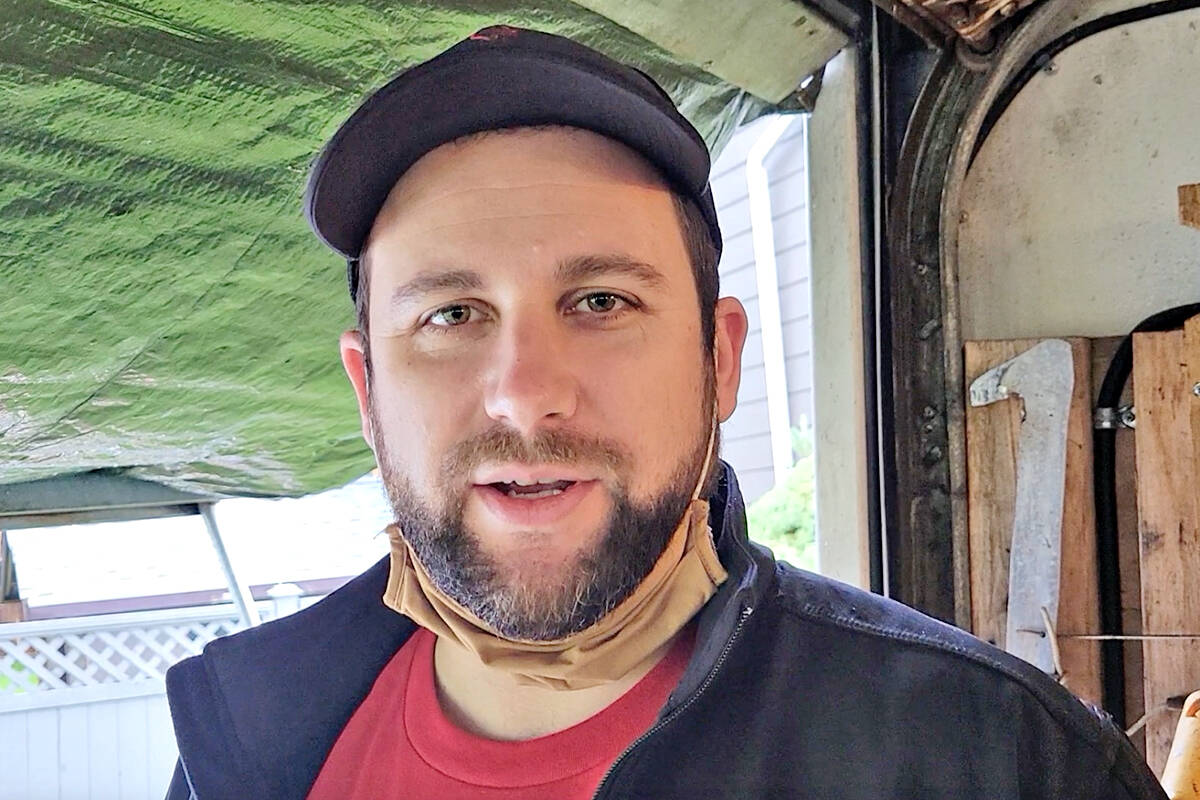 Gandy Installations general manager Taylor Gandy said it feels ‘fantastic’ to be able to help people in need of a hand with the ‘Feel The Love’ initiative. (Dan Ferguson/Langley Advance Times)